The Force Awakens  definitely is the best movie in theaters right now. If you're looking for movies that are equally amazing, look no further than these nine films right here. Grab some popcorn and start the marathon NOW!

What It's About: A group of friends are just trying to be artsy by filming a simple zombie movie when aliens start attacking their town.

Why You NEED To See It: If this movie doesn't make you want warm your arms around every single member of your fam and squad and never let go, we don't know what will.

What It's About: Four friends band together to protect their homes from being torn down and having to go their separate ways. And they have help from a cute little alien-like creature, who's as cute as BB-8.

Why You NEED To See It: This movie only proves that you should always fight for what you believe in. It's so cliché to say, but you really can make a difference at any age. You are ~the future~! 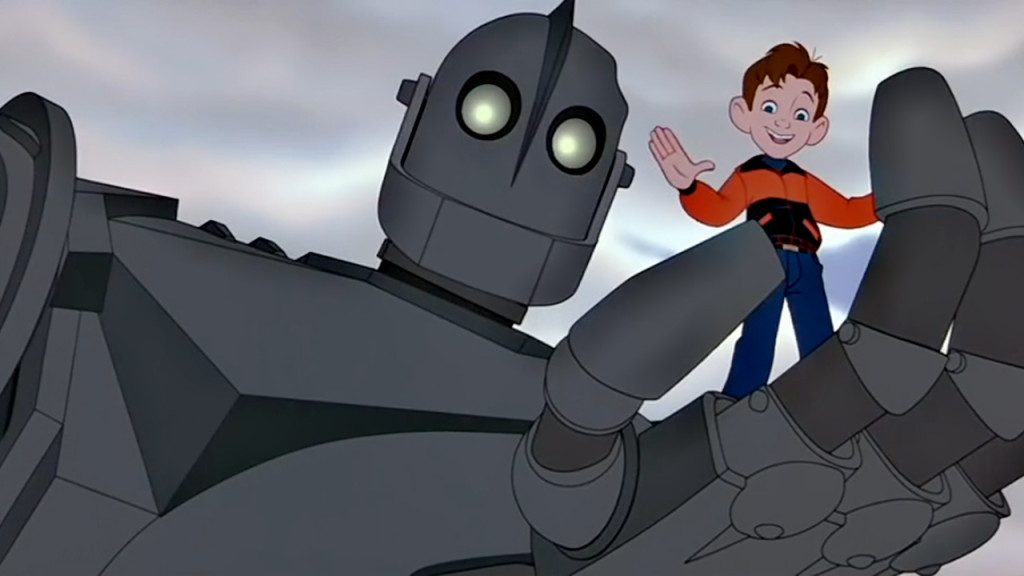 What It's About: A young boy forms an unlikely friendship with THE Iron Giant and tries to protect his new friend from being destroyed by the government.

Why You NEED To See It: You'll laugh. You'll cry. You'll basically experience the full range of human emotions in less than 90 minutes. Trust us when we say it's probably the best first date movie of all time.

What It's About: A boy and his alien who will be right here (points to your forehead).

Why You NEED To See It: E.T. is the cutest, funniest alien creature you will ever have the pleasure of meeting. Just look at him wrapped in a blanket chilling in a basket. What an adorable little bean!

(via The Mind Reels)

Movie: Journey to the Center of the Earth

What It's About: Three cray cray adventure-seeking hooligans decide to go on a quick little trip to the center of the earth. Casual.

Why You NEED To See It: Not going to lie, you will want to go to the center of the earth on your next family vacay after finishing this movie. Josh Hutcherson is also a young, little nugget in this film and we die.

(via Sweet Pennies From Heaven)

What It's About: The future of the world lies in the hands of a genius and a science savvy teen.

Why You NEED To See It: It'll make you wonder what other secrets Disneyland holds. If Tomorrowland actually exists, what else does? Are those "animatronic" pirates on the Pirates of the Caribbean ride actual pirates? ARE THEY?!?!

What It's About: A space-themed board game comes to life while two brothers and their babysitter play it. It sure ain't your grandpa's Monopoly!

Why You NEED To See It: Um, it features a mega-fetus J. Hutch. Enough said.

What It's About: The Rock has to protect two alien siblings from the clutches of evil.

Why You NEED To See It: It has kids with paranormal powers (that we're still hoping we get) and The Rock. Is any movie with him ever bad? Answer: NO! And if you're not familiar with The Rock, it's time to get cultured.

What It's About: A cutie named Jim Hawkins and a group of pirates are searching for treasure…in space.

Why You NEED To See It: You'll add yet another name to the list of fictional characters you have a crush on. But, seriously, the animation of space is so sick and you'll be even more obsessed with its beauty, if you aren't already.

If you're also a fan of delicious treats, you should definitely make THESE Star Wars cookies.