5 Epic Moments in The Legend of Zelda: Skyward Sword We Couldn't Wait to Revisit

The Legend of Zelda: Skyward Sword was first released all the way back in November of 2011 on the Nintendo Wii.

Now, nearly 10 years later, it's back with an HD version on the Nintendo Switch with some much-needed improvements. Back in the day, frequent interruptions in the gameplay, walls of slow-moving dialogue and sometimes finicky motion controls made it somewhat of a chore to play, and it took me over a year to finally sit down and power through the last sections of the game. And I was so glad I did, because Skyward Sword is full of truly unique gaming moments that were well worth the hassle.

And the HD rerelease makes those moments even better. Between the addition of skippable cutscenes, the option to use button controls, fast-forward on text, reduced check-ins with the companion character Fi and more, I was able to shave off an entire third of my previous playtime, and get to the good stuff that much faster. Keep reading to discover some of my very favorite moments in the same—though if you haven't yet completed the game, beware that some spoilers lie ahead.

Lord Ghirahim has to be one of the quirkier antagonists on The Legend of Zelda series, with his jester-like clothing, flamboyant personality, temper tantrums and of course that weird thing he does with his tongue. But that also makes him super memorable. And though he does pop in for frequent appearances, our favorite moments with Ghirahim have to be the fights with him. Ghirahim is a sword-wielder himself, so the battles against him are a test of your abilities with the game's sword. Whether you're opting to use motion or button controls, these fights really allow the mechanic to shine as you lure his attention in one direction and then quickly slash from the other, slice away at his projectiles and carefully guide your sword past his to attack. These moments really show the swordplay in Skyward Sword at its best. 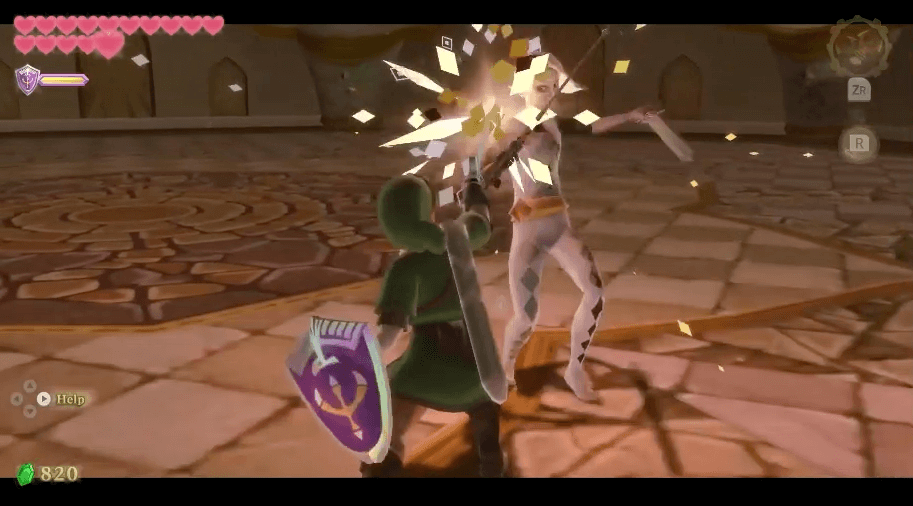 When it comes to memorable enemies in Skyward Sword, Koloktos has to come in at a close second to Ghirahim. This Ancient Cistern boss is an enormous ancient automaton made from glistening gold metal and wielding giant blades, making him immediately intimidating. At first, it appears indestructible, but Link's a hero who can take on anyone and anything. However, once you've used the whip to finally remove the red cores holding it together, it reassembles and becomes even more powerful, revealing its true form and pulling out even more sharp swords. Nothing in Link's arsenal is strong enough to break it apart… but one of its massive cutlasses might do the trick.

Skyward Sword's final dungeon may also be its most interesting. That's because, in certain parts of the dungeon, you'll find these slide block puzzles. At first, you might not realize what they're for—but it becomes pretty clear when the dungeon's rooms begin sliding around and shifting themselves to how you've laid them out within this puzzle. This creates an interesting challenge. How do get the items needed to progress when it's you creating your path through? The individual rooms also mimick past dungeons, bringing together everything you've learned up to this point. It's a satisfying and thoroughly mind-bending finish to the game that you won't soon forget. 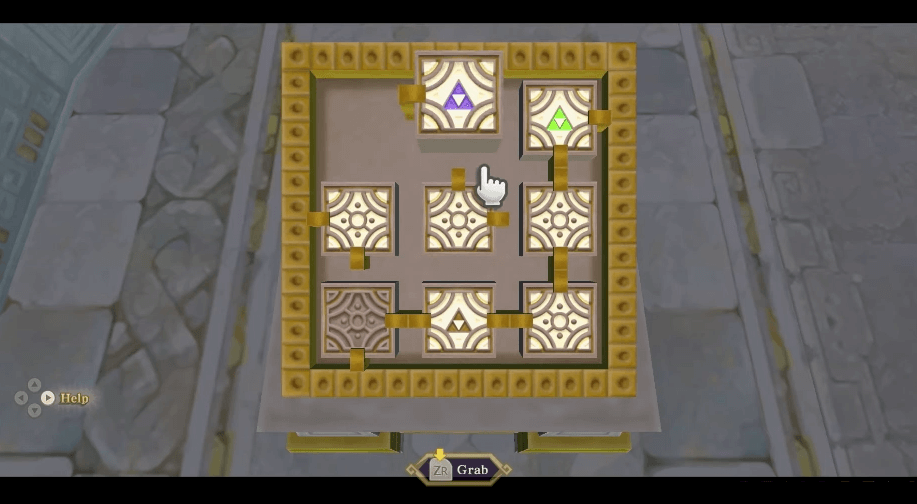 Sky Keep is an incredible dungeon, but when I  think of my very favorite dungeon in Skyward Sword, my mind immediately gravitates toward the SandShip, and the Lanayru Sand Sea area leading up to it. That's all thanks to the game's Timeshift Stones, which manipulate the time around them, restoring arid deserts to the lush seas they were in the past, bringing long-dead enemies back to life, restoring ancient technologies and even turning some enemies into babies to make them easier to defeat. Sailing across the Sand Sea is a sight to behold, with the water rolling out before you like a mirage as you traverse it, and discovering the deactivated family of one Ancient Robot pirate captain is sure to tug at your heartstrings. But where this mechanic works very best is when it's used for puzzle-solving and dungeon traversal. The Timeshift Orb is such a clever and satisfying item to figure out, and I'd personally love to see it return to the Zelda franchise. 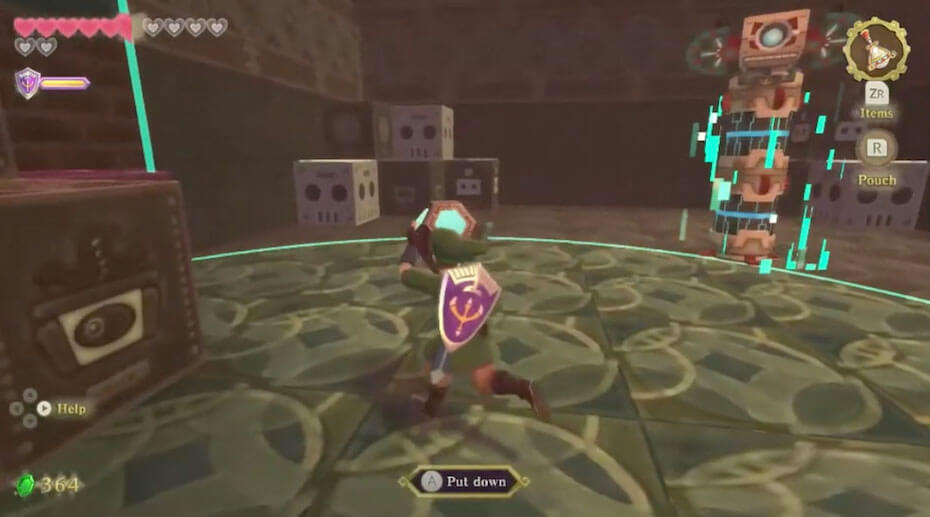 Messing Up the Sailcloth

Now here's a detail that's small, but very appreciated. In The Legend of Zelda: Skyward Sword, there are moments when you're falling from the sky, and it prompts you to open up your sailcloth to slowly descend downward—but at certain points in the game, it allows you to not press the button, resulting in Link falling flat on his face. The first time you use the sailcloth, you can repeat this again and again until you finally do the "right" thing and open it up. Unfortunately, most of the time when you're accessing new areas from the sky, it'll open up your sailcloth automatically, even if you don't press the button (yes, I tried). However on the rare occasions it does let me splat on the floor and take damage, I consider that a special treat. 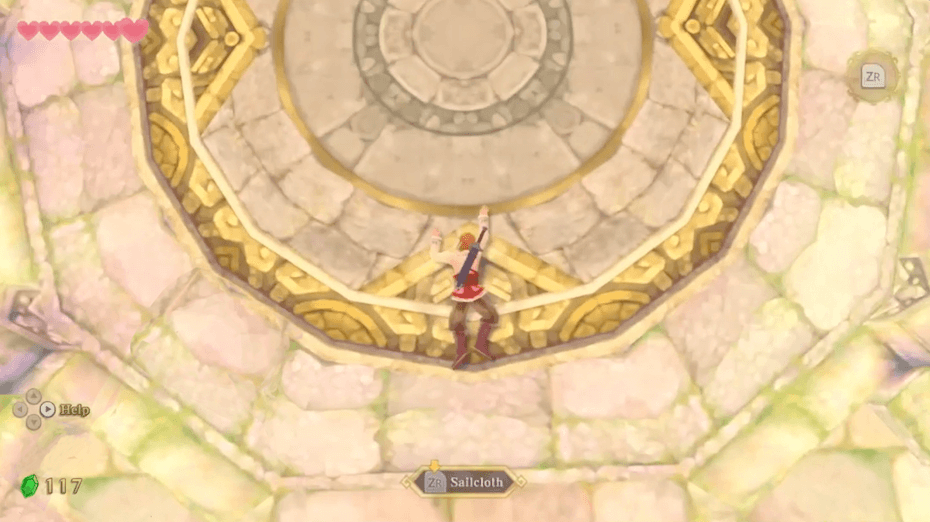 New to The Legend of Zelda? Click HERE to find out why Link's Awakening may be the perfect entry point to the Zelda series.