The Sims  video games are life simulators where players can create characters and pretty much anything goes.

But before players are given the freedom to let their imaginations go wild, a lot of work goes into the creation of the games. That's where Lyndsay Pearson comes in.

She's been working on The Sims games at the gaming publisher Electronic Arts for more than a decade, and as an executive producer at EA, she knows a thing or two about the product. We got the chance to ask Lyndsay about her experiences with The Sims, how the games get made and how to get a game off to the perfect start. 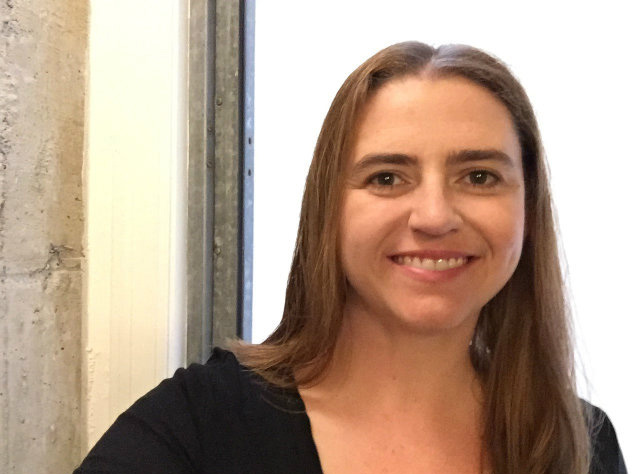 Sweety High: Can you walk me through you history with The Sims?

Lyndsay Pearson: I first played The Sims at a friend's house when it came out way back in 2000. I didn't know much about the game and promptly killed my Sim within the first couple minutes. He caught fire trying to make breakfast.

At first, I wondered why people would keep playing this crazy game, but as they released more packs, I picked it up. The Hot Date pack introduced a bunch of new places to go with your Sim and activities like dates. It was super cute and I got really hooked on the idea of telling stories with my characters. I would create people I knew and tell little stories about their lives, or I would randomize a Sim and have them try to find somebody to fall in love with.

When I started interviewing for EA, I tried to get into quality assurance, which is testing and making sure products work the way they're expected. I was totally in love with The Sims, so I told them I'd love to work on the game, not assuming that would ever happen. But they put me on The Sims' QA team and I started on The Sims: Unleashed.

From there, I started learning about game development and all the roles that go into making a game. My education was in art and I wanted to do modeling and animation, but the more I worked on the development team, the more excited I got about being a producer. I moved into production on The Sims: Making Magic, and then I worked on The Sims 2, 3 and 4 and I've grown up through production here at EA.

SH: What does being a producer on a Sims game actually entail?

LP: Being a producer is really about taking the vision your creative directors and designers have developed and setting goals for where the business needs to go, then getting the teams to work toward that goal. It's a lot of coordinating and trying to inspire people to understand where we're headed. Right now, I spend a lot of my time thinking about what The Sims 4 should look like in three or four years.

Producers are really the first players. We get to see the game as it's being built. We figure out which parts are confusing and which parts are fun, and we try to represent the audience we're making the game for.

SH: How much of that involves sitting down and playing that game?

LP: As much as I can make it. I'll sit with the other producers and designers and we'll do a demo where they'll show me a new feature, or it'll be a free play where I sit at my desk and decide to test things out on my own. I give feedback about what confused me, what I thought could be better or anything that looks weird.

I also play a lot at home. In The Sims 4, I redesign my house over and over. Even though I work on the game, every time a new pack comes out I get really excited about all the new content I get to put in my house.

I try to play as much as I possibly can, and if I can't play myself, I talk to the testers, producers and designers who do. But most importantly, I like to hear from our fans out in the wild about what works, what they're looking forward to and what they'd like to see in The Sims that they've never seen before.

SH: Do you approach your Sims games differently depending on whether you're playing at work or at home?

LP:  Definitely. Since we're always updating our code, my at-work game ends up getting deleted a lot, sometimes when I'm right in the middle of something. I end up making up stories on the fly with a lot more random characters. They tend to be shorter stories because I can't count on keeping that game data.

But at home, I don't have to do that and I can build on the same stories as much as I'd like, so I've built my house and my family and I've downloaded Sims from the gallery of TV shows that I like. I've moved Buffy into one of my houses, and my daughter wanted me to move Anna and Elsa into a house so we did that for a while.

At home, I get to play with a lot of content our fans have created on the gallery, whether that's their houses or their Sims. At work, because it's newer, fresher code, it's more disposable. But that means I play with more random elements I might not try otherwise. 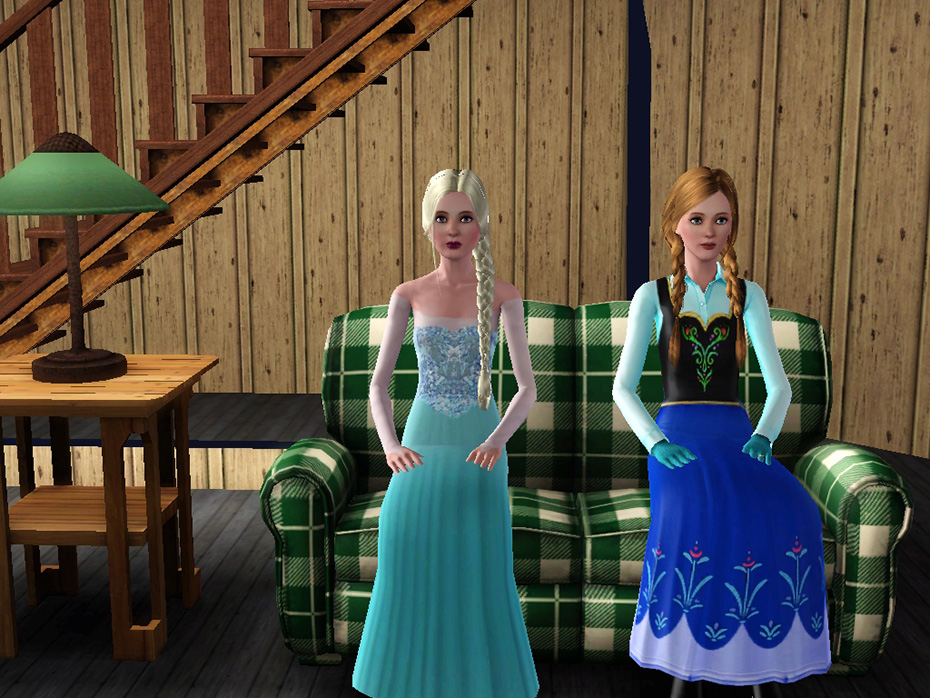 SH: What are some of the reasons you're so passionate about gaming?

LP: I grew up playing a lot of games all my life before I ever thought about them as a career. In school, I always thought I was going to go make movies, not having given any thought to how games are made.

My friends at school introduced me to gaming as an industry. I went to a game developer's conference and I realized that the technology that made games possible was all the stuff I was excited about regarding film. The difference is that when you're playing the game, you're part of it, and I'd never really made that connection before.

Making games is about creating experiences people can play themselves. They're part of creating that story and experience, and that's really powerful. Particularly with The Sims, we make something, but the way people play it is entirely unique to to their experience. That continues to excite me to this day.

SH: What does it mean to you to be such a huge part of the biggest PC game franchise ever?

LP: It's humbling. People tell me about how important The Sims has been in their lives, and since I've grown up here it's been really personal for me. It's been my first major career out of school and it's where I've learned everything, so it's a big load to bear, but in a really positive way.

I really appreciate being seen as a gatekeeper for a franchise that's been so important to both me and so many other people. We continue to evolve and change and we have some of the strongest relationships with our community in the gaming world.

LP: What makes The Sims so special is that it's based on real life. It's an optimistic, extreme view of reality, so my inspiration can come from anywhere, but the fans are often the biggest source.

I like to look at the things that resonate with our audience and see how they might be brought into The Sims world in a way that works. We try to be timeless, because people play the games for years. Even now, people are playing The Sims 2 or even the first game. It's something you come back to time after time. Instead of being trendy or in-the-moment, we look at the themes people are excited about and try to integrate them.

SH: Is there anything you think that you uniquely offer to the table in the producer role as a woman?

LP: The Sims does have a large male audience, but its players are predominantly women. I think it appeals to women more than anything had before, and that's one of the reasons it became so exceptional in the first place. Being a woman on The Sims team represents a perspective more aligned with our audience. I care very much about making sure that our stories are meaningful.

I got into games because I like characters, stories and telling my own versions of things, and that's not something you see a lot in the industry. That's one of the reasons The Sims has resonated with women and why The Sims has attracted women as leaders and developers. We want to make those experiences for other people and create that world that lets any player express themselves and tell their own story and create their own universe. 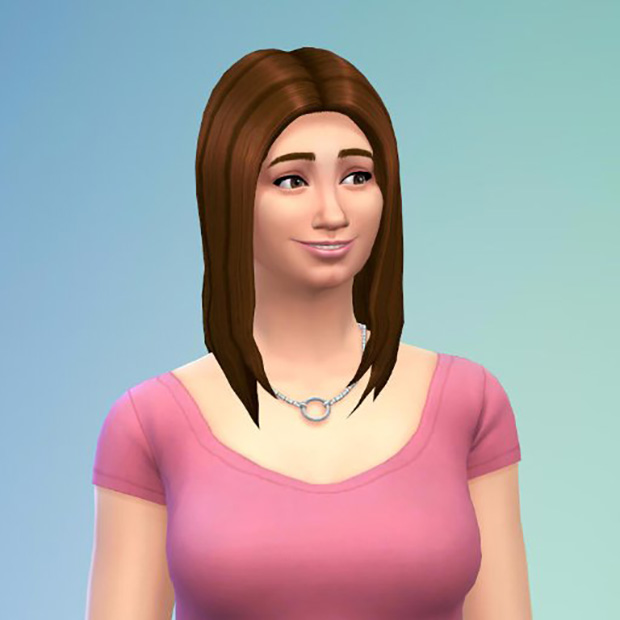 SH: Do you have any tips or tricks for playing The Sims?

LP: There's always cheating! It's helpful and most Sims players do it. But if you don't want to do that, my best advice is to start small. Start with a little house and just a couple Sims and find your groove. Find out who you want to have working when, at which job. I always go for the highest-paying job so my Sims can get a lot of money right of the bat.

It's really about figuring out what you want to do with your Sims. If you want to advance their careers or skills, focus on that. When you focus on the one story you want to tell or the one goal, it's easier than trying to do everything at once. Pick your starting point and see how the game.

Ever been inspired to create your own video game? Click HERE to read our interview with Izzy Penston, who created Interfectorem with her friends at the age of 14.