Our bodies do so many amazing things, so why do we put so much pressure on them to live up to a standard that is literally impossible?

The answer will lead you down a rabbit hole of patriarchal beauty standards, sexism and a whole lot more, but the important thing to land on with it all is that there is no reason to waste time fretting over things you wish you could change about your body.

That's something that I wish I had learned a whole lot sooner than I did. Growing up, I spent hours devouring television, magazines and other media that plastered an image of ideal beauty into my face. Because of that, I started to nitpick over things I wanted to change about my own body, thinking that my life would be so much easier if only I could look like these (completely photoshopped) models I was seeing. Now, after years of self-love and discovery, I'm here to tell you that there's no reason you should spend time hating anything about your body. I can also tell you the things I wish I hadn't spent so much time fretting over and how I've come to appreciate my body instead. Let's start with:

Personally, I'm on the taller end of the spectrum. Because the female body tends to develop earlier than the male body, that means I sprouted up faster than my male counterparts and was left sticking out like a sore thumb in every class photo. And since societal standards taught me to want to be delicate and petite while seeking a man who was strong and significantly taller than me, this left me wishing I could donate some of my inches of height to my friends who weren't so gifted in that department. For years I avoided wearing shoes that had even the slightest bit of a heel on them even though I actually loved the look of these shoes and the powerful feeling of wearing them, simply because I didn't want to emasculate any men I walked by while wearing them.

Nowadays, on the other hand, you'll catch me wearing heels at the slightest chance I get. I love how they dress up an outfit, and the sound of them clacking on the ground just feels downright powerful. Plus, if a guy is threatened by my height, then he isn't worth my time anyway. Whether you're on the shorter end of the spectrum or the taller end (or even just somewhere in between), there's no reason to waste your time wishing you were any height but what you are. 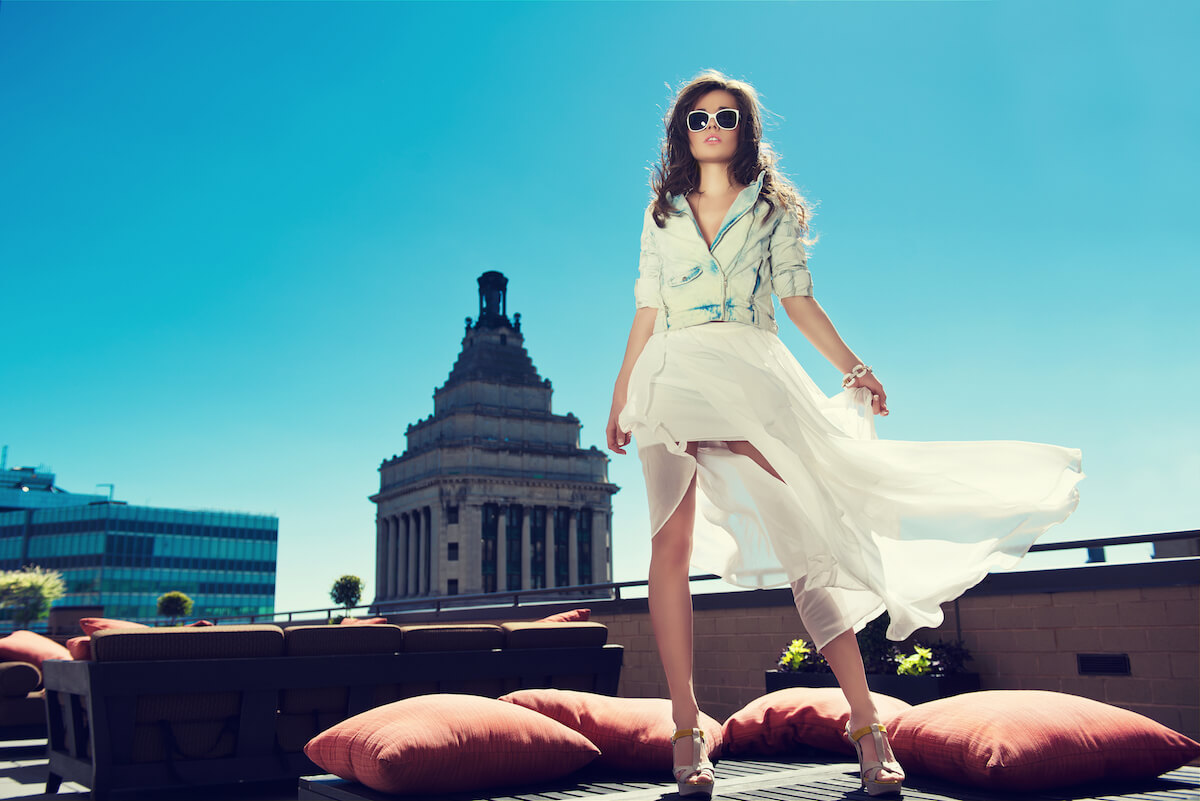 My biggest point of contention with my body was, for so long, my nose. As a kid, everyone told me my button nose was cute, but after a few unflattering photos and mirror angles (as well as unkind comments from middle school mean girls) had me feeling otherwise, I spent so long researching ways I could make my nose look smaller and simply praying that it would change on its own. I always feared surgery, which made a nose job a far off fantasy for so many reasons, but I still wished I could swap it for the straight, narrow noses of my peers and the models I saw on screen.

While I wouldn't say my nose is my favorite feature of myself now, I do realize that there's literally nothing "wrong" with it! It fits the proportions of my face because it's what I was born with, and I've even had many romantic partners compliment it before I ever even voiced the fact that I used to despise it. If you aren't a fan of your own nasal region, just remember that we are always our own worst critics and that no one cares about it as much as you do (maybe they're even admiring it in their own heads).

This one is practically unavoidable thanks to our societal obsession with talking about other people's bodies. When I say "figure," I mean waist, butt and overall sense of curves. Whether I was trying to lose weight to be stick thin when I was younger or craving the curves of other girls at the gym when I got older, I always felt like my body wasn't as perfect as it could be.

Well guess what, all of that is because our culture treats body types like trends that go in and out of style. After learning more about this the older I got, I started to be able to appreciate other people's bodies while also loving my own. I work out regularly more for my health than for aesthetic reasons now, and there's no better feeling than that. 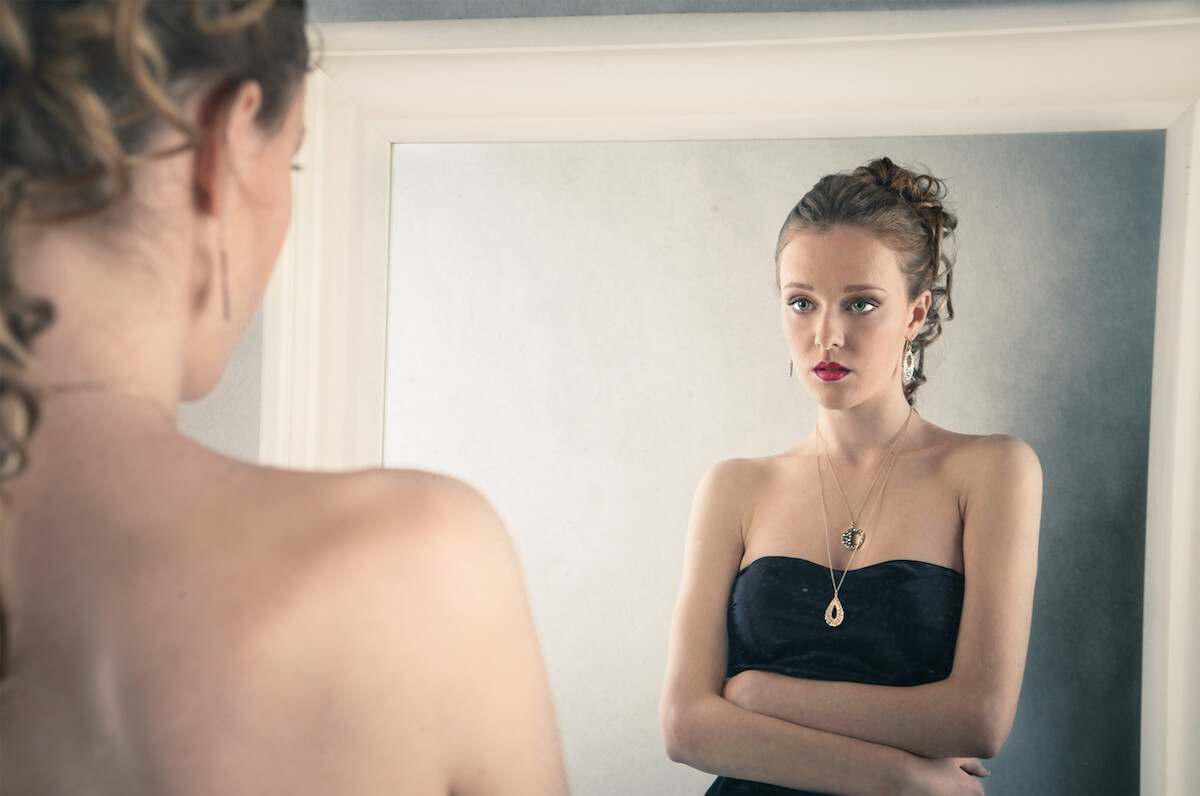 As someone with a predominantly Irish background who grew up in the Sunshine State, freckles were something I may as well have been born with. By the time I got to preschool, they were speckled across my face like constellations. For a while this was considered "cute" (by the adults in my life anyway), then as I entered new years of schooling and social dynamics changed it became something I got picked on for. This led me to despise my freckles for years, and although the ones on my face eventually faded, the memories of how much I despised at the time did not (nor did the many spots on my arms and the rest of my body, but of course, these were less the subject of my peers' attention).

Years later, well after my last face freckle had faded, freckles had suddenly become a trend. The same girls that would've picked on me in elementary school for the freckles on my face were now faking freckles of their own with makeup tactics! While I never gave in to the trend (I was slightly offended at it at first), it did make me realize the general fickleness of our societal beauty standards. Basically, whether the thing you hate about your body is something big or small, it's something that doesn't matter at all. What makes you unique makes you beautiful, whether that's freckles or anything else at all.

Similar to our obsession with curves, our society loves to talk about what a woman has going on under her shirt. There was hardly a romantic comedy made in the last two decades that didn't make a joke or reference to a woman's chest or bra size, and brands like Victoria's Secret dominated what we thought beauty was supposed to be (props to them for the recent rebrand, though). I used to boost my chest by wearing uncomfortable push-up bras, but my chest was actually bigger then than it is now.

These days, I don't have much going on in the chest department—but I love my small chest! This is one thing, like so much more, that I spent hours and hours torturing myself over that I should have just appreciated from the start. Overall, there's nothing wrong with appreciating the beauty of someone else, but that should never come at the expense of your appreciation for your own body. 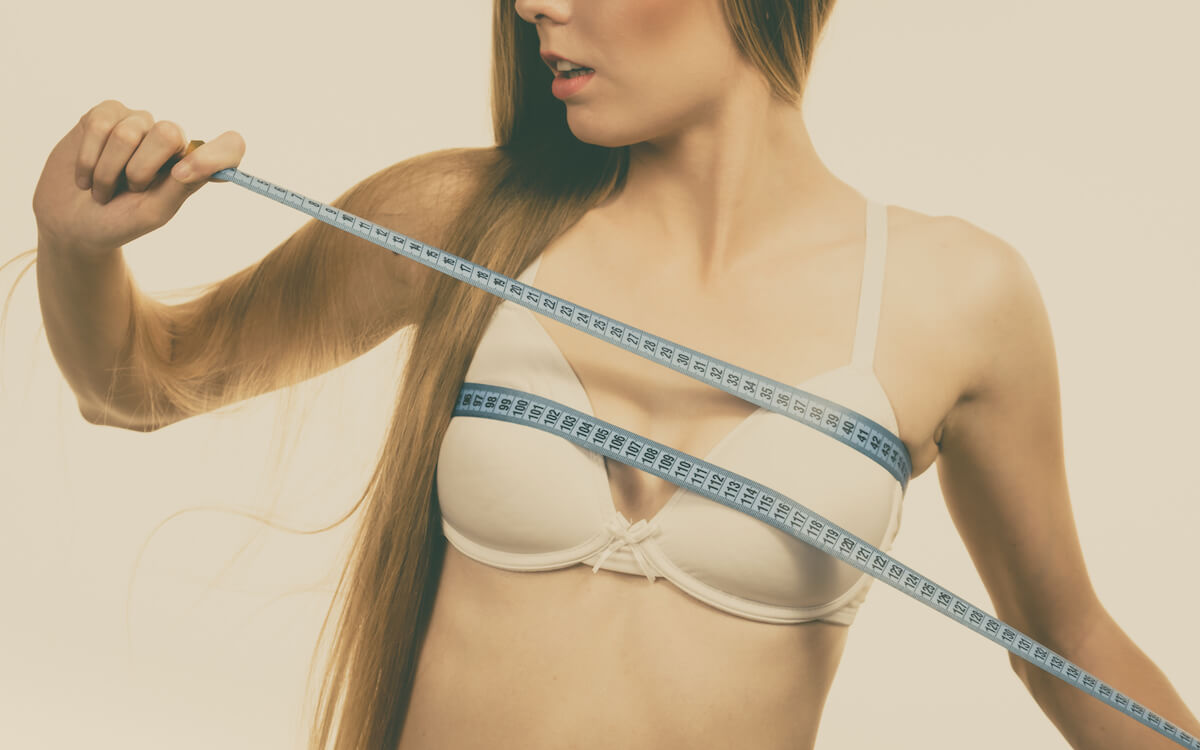 If you need more help falling in love with your own small chest or other features, click HERE for some reasons why you should love what you're rocking now..