After Thomas Day's stint on America's Got Talent, we knew that wasn't the last we'd be hearing from the honey-voiced musician, and we were so right.

The artist's powerful new track, "Softly," was released just last month, breaking hearts everywhere, and that's just the beginning for Thomas. He has 5 million followers on TikTok—and counting—who are just as excited as we are to see him take off in a big way. If you adore him as much as we do, keep reading to find out everything we discovered about him as our latest Man Crush Monday. 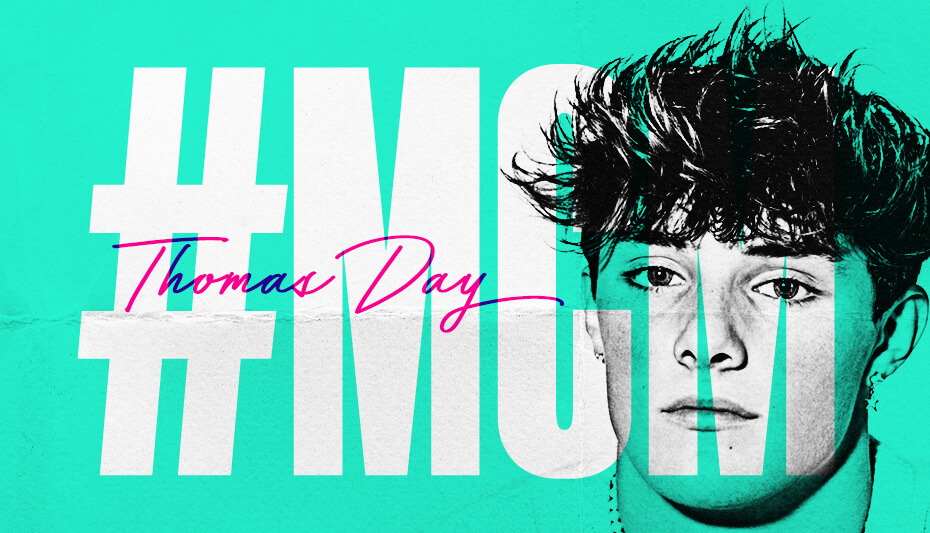 2. Thomas was being recruited to play college football before he decided to pursue a musical career instead.

3. He says his weirdest habit is probably shopping for different types of cologne.

"I was the kicker on the football team at my high school!"

5. His strangest hobby is working out really late at night.

"I can't wait to take my songs on the road and be able to connect with my listeners live."

7. If a movie were made about Thomas's life, he'd love for Timothée Chalamet to play him.

8. If he could have anyone mentor him, Thomas would pick Harry Styles.

"He's one of my biggest influences in music."

"Math has never been my strongest suit."

10. Harry Styles and Paul McCartney are his biggest musical influences.

11. Above all, Thomas says he's driven by his heart.

"I lead with my emotions."

Can't get enough of powerful, emotional tracks? Click HERE to read our interview with Sam Fischer on his single "Pick Me Up."