Everything You Wanted To Know about Musician Thomas Headon

Thomas Headon is an Australian singer-songwriter who was born in London, England. He's most well-known for his 2019 hit song "Grace" and his spirited guitar playing on TikTok.

He recently came out with the single "Nobody Has To Know," which was already a smash hit on TikTok. He also released an official music video for the song, and now has over 25.5K subscribers on YouTube, where he first started sharing his voice.

Thomas will be going on a Europe tour starting Nov. 9 of this year with special musical guests Dylan and Alex Amore. Can't wait to see him on tour? Keep reading for everything we learned about him as our latest Man Crush Monday. 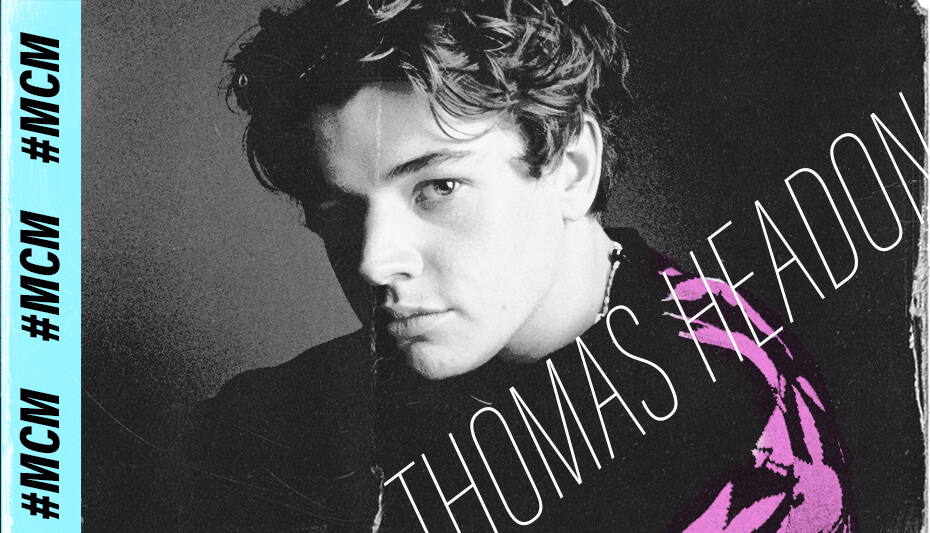 Name: Thomas William Headon ("I sound like an English Prince.")

1. Thomas' favorite song of all time is "Swallowed In The Sea" by Coldplay.

2. Lions are his favorite animals.

"Probably because I'm a Leo, but also because I love that they could rip you apart but they're just big cats."

3. Movies aren't really his thing, but his favorite genre is comedy.

"I like a bit of Seth Rogen and Zac Efron. Aren't they in a film together somewhere? I hope so, that'd be great."

"So good, very cool and crazy! I don't know how real it is, but it was very entertaining and there's only like five episodes, so you can literally finish it in a day."

5. He used to play gigs with his ex-girlfriend's guitar pick.

"It was never really a 'good luck charm' but I always liked only playing with that. Anyway, the other day a fan told me that she took it off stage at a show, so I guess I won't get that back! Was fun while it lasted, though!"

6. If he could live in any decade, Thomas would still choose to live in this one.

"I actually said this to my manager the other day and he made me realisz it would probably just be this decade. Like I really enjoy having a working iPhone and wifi and being able to get on public transport with a card in my wallet. Life is just easier. Plus I feel like the 'aesthetic' I like about past decades is only 'aesthetic' because I didn't live in them. What's aesthetic about flip phones when you have one ?"

7. If he could choose any mentor, from now or the past, he would choose The Kid Laroi.

"He'd be my mentor right now and in the past. Out of anyone in history and I would like to choose him."

8. The simplest of things can stress him out.

"Right now my phone won't stop buzzing and lighting up and it's really stressing me out. I don't know why some tiny things just bother me a lot every now and then. Phone right now, sometimes it's noise, sometimes it's like wind even. Annoying."

9. Thomas believes his worst habit is being unaware of how much noise he's making—especially late at night.

"Okay this sounds horrible. I often find myself playing guitar at like 2 a.m. sometimes and it's like a whole half hour until I realize I'm doing it. My neighbors must hate me. I've gotta stop, man."

10. He is big on personal hygiene.

"I'd like to think I smell nice. That's such a lame answer, but I'm very scared about smelling bad so I try to put a lot of effort into ensuring I smell good all the time. I get off stage very sweaty but I will not come meet anyone until I smell nice! Ever! I panic a lot when I run out of cologne. Please tell me I smell nice if I ever meet you!"

Love discovering up-and-coming talent? Click HERE to find out why we chose influencer Lanii as our Woman Crush Monday.