Find Out All About Musical Trio Three Guests

YouTube cover songs don't always grab our attention right away, but this was not the case with musical trio Three Guests.

Their unique and catchy remixes of popular songs by Bebe Rexha, Fifth Harmony and The Weeknd are more than worth checking out. In addition to these, the boys just released their debut single "Marilyn," so we imagine you'll be seeing more of them in the near future. Get to know them all below. 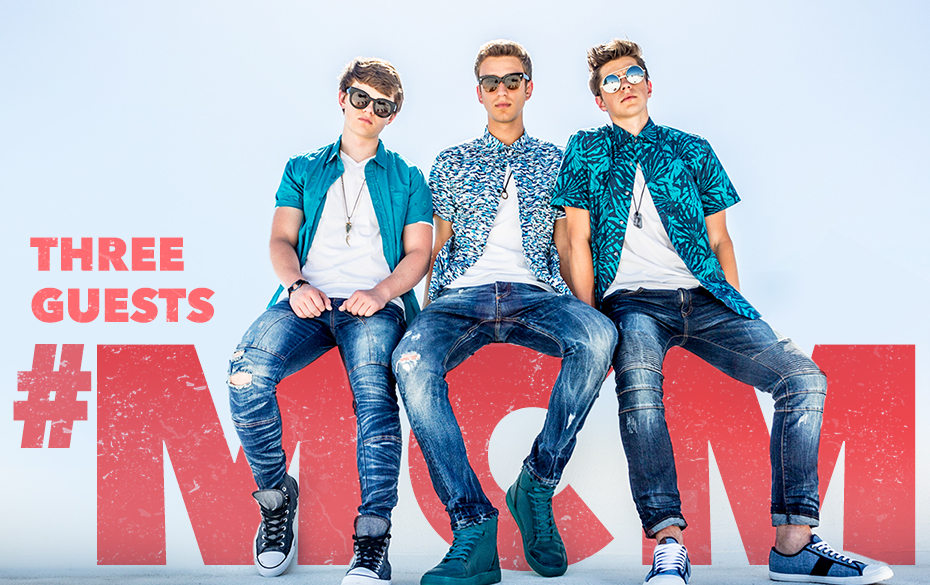 1. Ben likes to think he's a Gryffindor, but admits that "most days I feel like more of a Hufflepuff."

2. The boys are always out spending time in cool places like the Hollywood Hills, but Jordan has one specific place in the entire world he would love to travel. "I would go to Drake's house so I could learn from him," he says.

3. Jordan loves puppies (I mean, who doesn't?). Specifically, ones that carry toys much too big for them make him smile.

4. Noah's favorite thing about himself is his sense of style. We totally see why.

5. Ben knows the movie Hitch with Will Smith like the back of his hand.

6. The last celeb Noah got star struck over was our girl Madison Beer.

7. Noah loves making music, but confesses that the scariest thing he has ever done is play an entire piece of classical music in front of an audience. You wouldn't have guessed it, he looks completely at ease sitting at a piano.

Three Guests aren't the only ones releasing epic new music. Find all our other great new finds HERE.