Tiggi Hawke Dishes on Her Romantic New Joel Adams Collab, 'You Are for Me'

London-based singer-songwriter Tiggi Hawke is best known for dance hits including "Back for you" and "Ride or Die," but today, Nov. 11, she's back with something a little different—and we're obsessed.

Today marks the release of her latest track, "You Are for Me," a stunning romantic duet with Australian artist Joel Adams. The electronic track is sweeping and dreamy, exploring loving perspectives in a powerful relationship, and we simply cannot stop listening. From the moment we heard it, we knew we had to find out how it came to be, and Tiggi was generous enough to share it all in the interview below.

Sweety High: What was the songwriting process of "You Are for Me" like?

Tiggi Hawke: "You Are For Me" was actually written during a writing camp in Marrakesh with some amazingly talented people, and then it went through quite a few versions production-wise to get it to where I was imagining it with the others. There've been some incredible producers working on it and I think the track you hear now is a culmination of all of their ideas and magic which I absolutely love.

When we were originally writing it, we actually got a bit stuck on the chorus and kept going around and around trying to nail down what we thought was the chorus we were thinking of when one of the writers just said, "Why are we making this so complicated? Surely this is the most simple phrase ever," and he was right! It all fell into place after that and became a duet, which we also didn't plan for, but just seemed right after the message of the first verse and chorus. I'm so happy we decided to go for it. 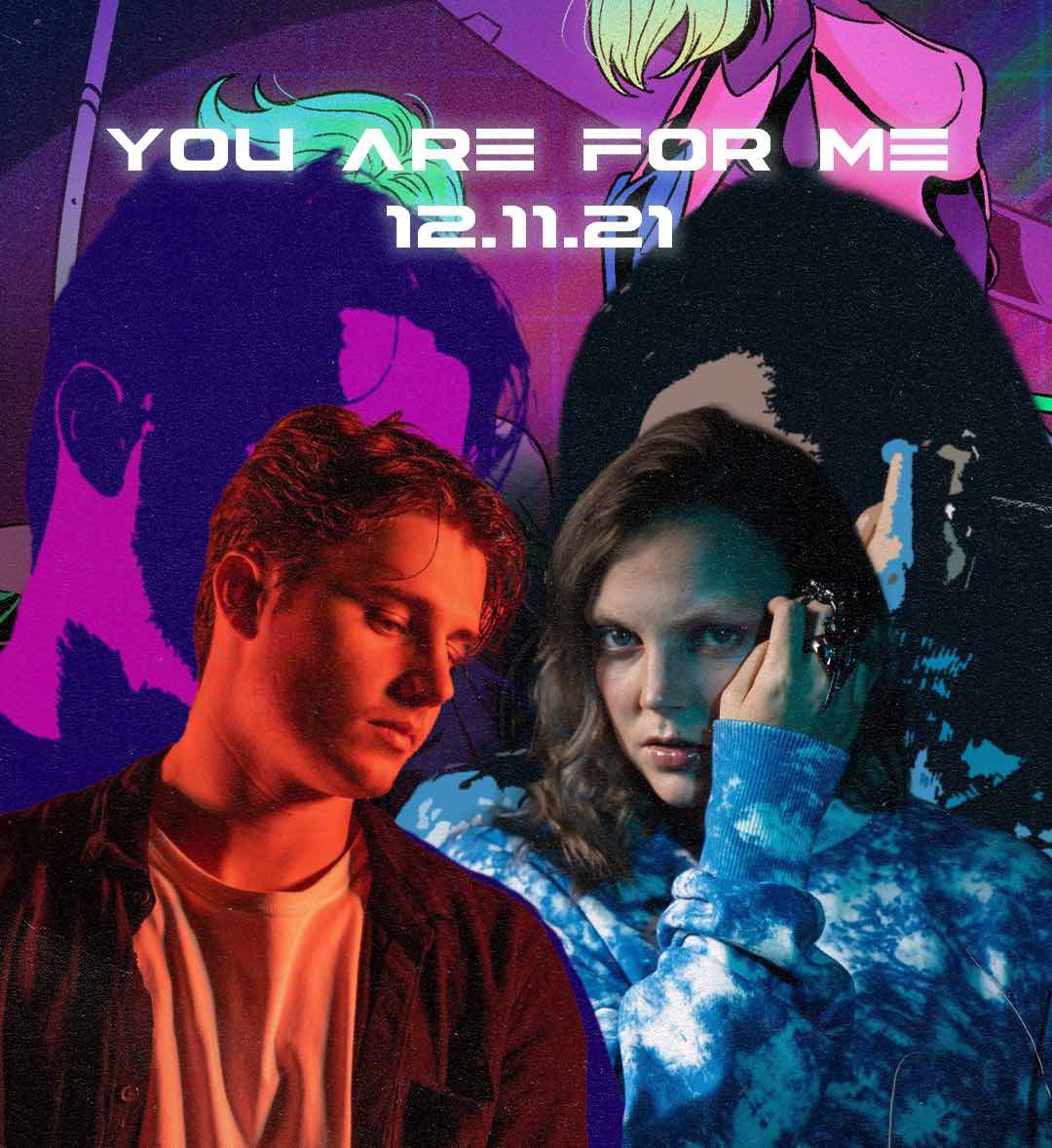 SH: What specific feelings did you want to channel in the track? What does the song mean to you?

TH: For me, the song is incredibly honest and exposing—it's almost like hearing the little voice in someone else's head as a bystander, which is something I can definitely recognize in myself. I think we all have an inner monologue as we go through life, and obviously, it's something we just keep to ourselves and rarely share, but I love how this song shows us that train of thought from both sides of the relationship. It means a lot to me to express emotional vulnerability, there's often the misconception that you have to be very sure of yourself and constantly confident, especially for men, when the truth is often so far from that and the song really tries to normalize that.

SH: How exactly did this duet come about? What do you two have in common musically, and what do you have that's different, that makes the collaboration really work?

TH: When the song was written, one of the writers recorded a placeholder take, and then when I listened to Joel's music, I fell in love with his voice and singing straight away, so we asked if he would sing on it, and it sounded perfect! What I love about Joel's songs is they feel very honest and that really pulled me in and made me relate to his songs, which is something I try to do, but he does it effortlessly. It's been amazing working together and hearing his take on the song as well through his vocals.

SH: What was the recording process behind "You Are for Me"? Did you record it together at all?

TH: The track actually went through quite a long recording process for a couple of reasons, the main one being lockdown, which also meant that we couldn't actually record together at all. Luckily, we managed to work around it recording separately, and then going backwards and forwards online, instead. It definitely took a bit longer than it would have if we had been able to work in person, but I'm very grateful that we could make it work.

SH: What do you think Joel's voice on the duet lends to the song that wouldn't be there without him?

TH: The moment I heard Joel's voice on the track, I was mesmerized! His voice is absolutely amazing and I really feel like you can hear the emotion of the song and the vulnerability of the lyrics coming through as he sings, which is so important to me. I was next-level excited as soon as I heard the first demo, I feel so lucky to be able to work together!

SH: Do you have a favorite line from the song? If so, what is it, and why?

TH: My favorite line is probably, "Why is it so hard to say something so easy," because it's just undeniably true! Sometimes I find the simplest thing is almost impossible to say, maybe because you're being completely open and honest and that can make you very vulnerable, so it's something I relate to a lot.

SH: How is this song different from what you've released in the past? Do you feel like your music is moving in a new direction?

TH: It is definitely different from what I've released during this past year. It's less dance but still very electronic, which is a direction I'll be following for the next year for sure. I'm really excited to be starting that journey and for everything to come with this song and the next year!

Can't wait to hear the song? Listen to "You Are for Me" on SoundCloud below:

tileyardmusic · Tiggi Hawke x Joel Adams – You Are For Me

Love discovering great new music? Click HERE to read our interview with Gunnar Gehl and find out why he's so excited to be back on tour.