Whether you've broken up with someone or it's happened to you, it's never a fun conversation to have.

Tears are flowing, there might be some yelling and the topic at hand is just plain awkward. If at this very moment, you know it's time to break-up with your significant other, there's lots to think about. But the most important factor to take into consideration? How to do it. How exactly to you rip the Band-Aid off and let them know you no longer want to be with them?

A lot of us absolutely despise confrontation, so we know just how appealing it may seem to not have the breakup convo face-to-face. But listen up, because cutting ties with someone on the phone is a pretty bad way to do it.

However, there are a few instances where it's a totally legitimate way to go about it (even though we think FTF is still better). Keep reading for the five times it's okay to break up with someone over the phone:

1. You're in a Long Distance Relationship and Don't Know When You'll See Them Next

Dating someone who doesn't live near you sucks enough, but when the clock has run out and you want to break up with them, what options are you left with? If you don't have a set date for when you'll see each other next, you can either wait it out or do it over the phone. The issue with waiting it out is that it could be months away. If you're no longer interested in pursuing a relationship with them, those few months will be very superficial. The last thing you want to do is lie, which is why it's totally acceptable to end things over the phone. FaceTime works, too, as long as it's a real convo—not text. 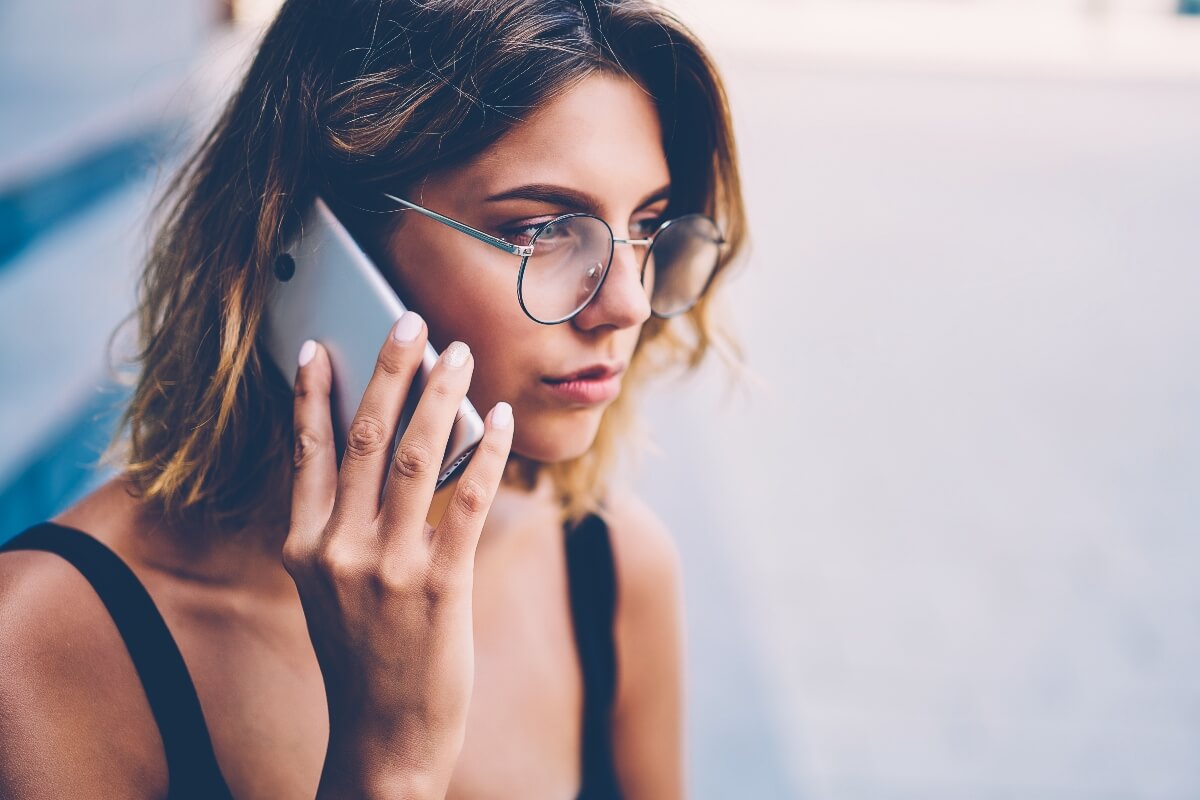 2. You Suffer From Anxiety

If you suffer from symptoms of anxiety, the thought of breaking-up with someone likely makes your stomach churn and heart rate rise. If you genuinely don't think you'd be able to do it in person or wouldn't be able to work up the courage to say the words, a phone convo is acceptable. Keep in mind, however, that if you've been dating this person for a long time, they're already aware of your anxiety, so doing it in person won't be as bad as you probably think.

3. You've Tried to Do It Before in Person, But They Manipulated You Out of It

Master manipulators can get you to do anything, even if you set your mind on doing the opposite. If you've already attempted to break-up with this person, but they've somehow convinced you to stay with them, doing it over the phone is your best bet. And while they can still manipulate you over the phone, just make it very clear that nothing they say or do will change your mind. Stand your ground so they'll hopefully respect your decision and ultimately let your relationship end. 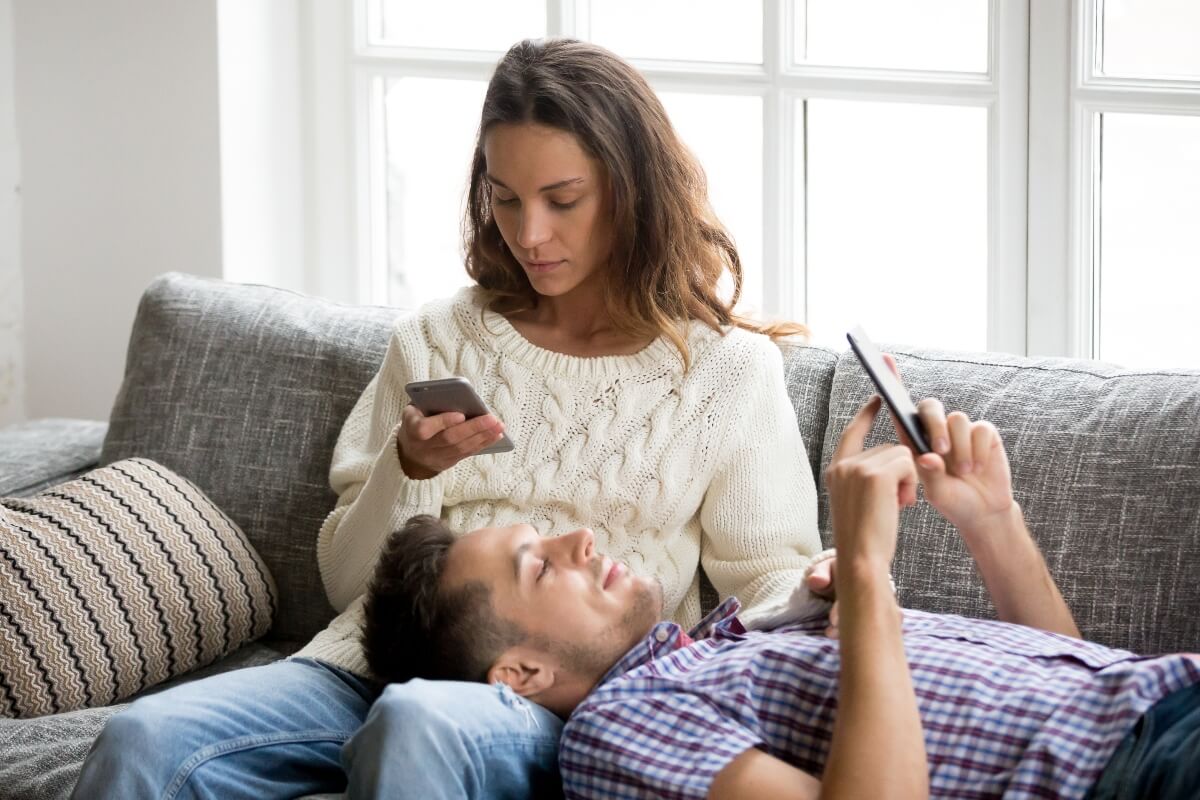 4. You've Only Been on a Few Dates and Don't Run in the Same Circle

After going out on a few dates with someone, you might get the feeling that they're not for you. And that's totally okay—but how are you supposed to break-up with them? Doing it in person would honestly be pretty awkward and a bit too formal. On the other hand, having a convo on the phone is fine, but only if the two of you don't run in the same circle. If you share multiple mutual friends, tensions will quickly rise when you all hang out the next time… which is why an in-person split might be best.

5. You Met Online and Have Never Actually Met in Person

With social media basically running the world, it's not that big of a shock if you've never actually met the person you're dating face-to-face. Whether you met someone else (in person) or just aren't feeling it anymore, breaking-up over the phone is not only acceptable, but it's to be expected. If you don't click digitally, meeting in person and getting to know them that way is obviously the best course of action, but if you don't have the option, just resort to the phone. 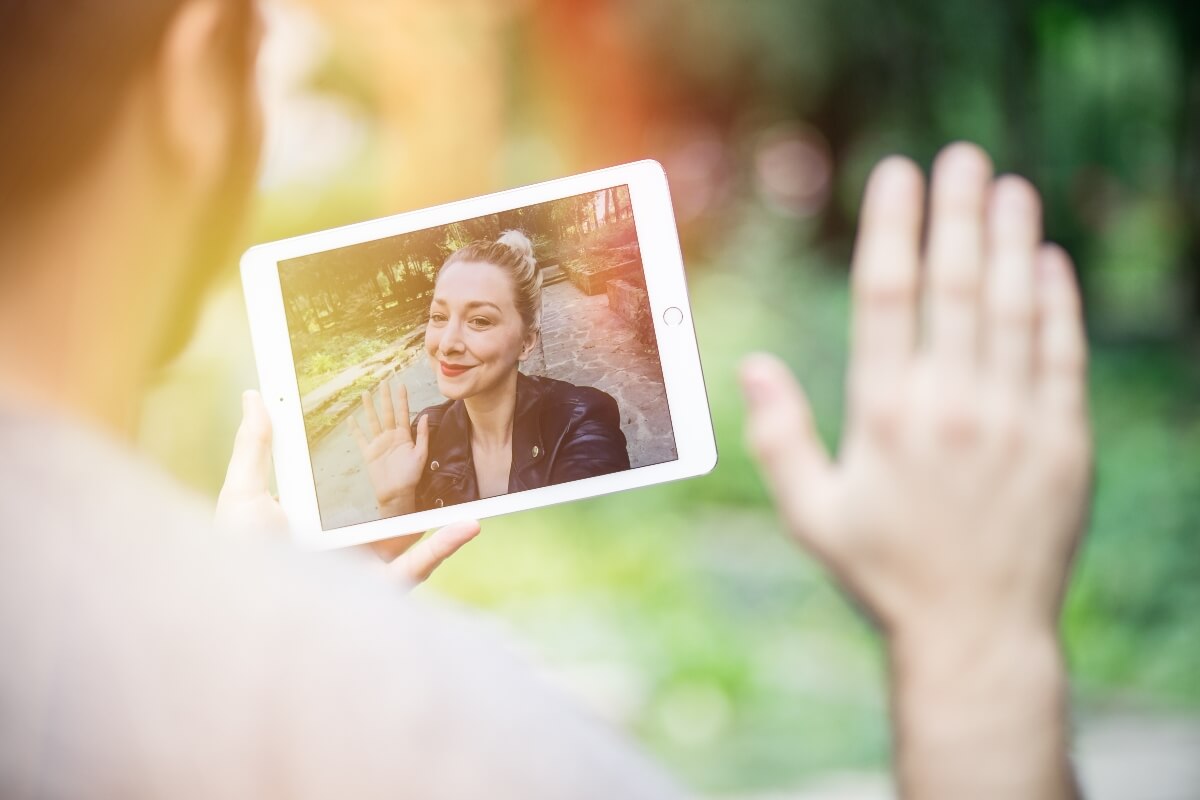 Need some more breakup advice? Click HERE for the things you should never do during a split.