Toby Randall is a 13-year-old singer whose talents have earned him more than 1.1 million followers on Vine and 2 million views on YouTube! We spoke with Toby last week to learn how Toby's music career came to be! 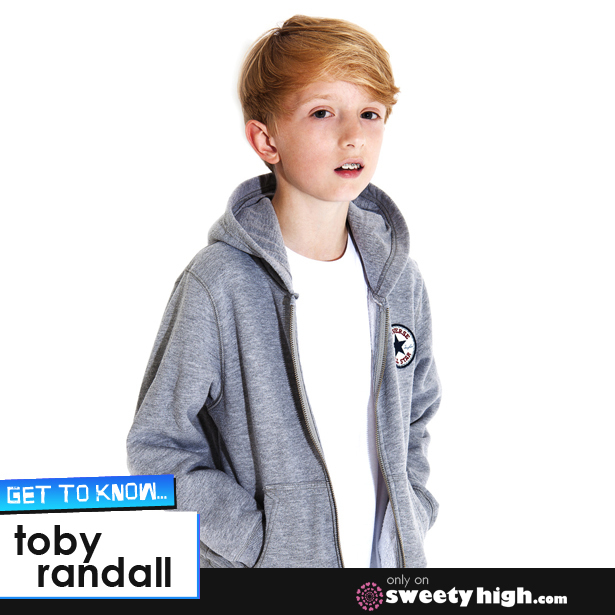 Toby first discovered Vine through his friends, who already had a few favorite comedy and music Viners.

"There's quite a lot of people singing on there, so I thought it'd be fun to just post a video of me singing," he said.

The reaction to Toby's first Vine cover was swift. That night, he gained about 100 followers. But that was just the beginning.

"When I woke up the next morning with like 7 thousand followers, I was like, 'Oh my god!'"

After about four months on Vine, Toby noticed that other Vine singers were also putting up covers on YouTube, so he decided to try that as well.

"I already had a youtube for ages, just for liking other peoples videos, but I started uploading longer covers and today I have 110,000 subscribers," he said.

Usually, Toby covers the songs that his fans suggest on Vine, Instagram and Twitter. Otherwise, he said he searches through Billboard or the U.K. charts to try to find something to sing that will inspire him.

Though he has a much bigger following on Vine, he cultivates his audiences on both social sites.

"I kind of like both," Toby said. "Vine's easier, but people can enjoy it on YouTube more because it's longer."

Toby's inspirations as an artist include some of the biggest voices in music today.

His musical influences also include Rihanna and Beyoncé.

Toby's musical talents are already getting him places. Earlier this year, Toby got the chance to appear on the bill at DigiFest UK.

"When I first got the email for DigiFest saying they'd love for me to come I was like, 'Oh my gosh!'" Toby said. "Then I looked at the lineup and it as like all the people I'd watched for like 2 years, and I got to meet all these people."

Toby appeared at DigiFest alongside popular YouTubers including Zoella, Alfie Deyes of PointlessBlog and Marcus Butler!

He also had quite the busy weekend! On October 26, he appeared at Soccer SixFest, a U.K. event combining a music festival and soccer for the biggest celebrity soccer tournament in the world! That night, he also appeared at VidfestUK!

Today, Toby has more than a million followers on Vine.

"That was crazy," he said. "I can remember the whole day I was checking my phone, and I think I'd just finished school that day and I looked and I was on a million. I was so happy."

To this day, Toby is surprised with the outpouring of love and support form his fans.

"When I started I literally didn't do it for anything," he said. "I just shared a video of me singing because I saw other people had. It's been so crazy!"

Be sure to follow Toby on Vine here and comment below if you're a massive fan! You can also join us at Sweety High to share some of your favorite web stars with us!