If you participate in any kind of action sport, love traveling or just enjoy capturing memories and moments, chances are you own or have owned a GoPro in your lifetime.

Up until recently, I figured GoPro was the only action camera worth investing in—but boy was I wrong.

Believe it or not, there's another action camera on the market that might just give the GoPro a run for its money. It's called the TomTom Bandit.

I'm no camera wiz, but this past week I've been learning how to use this piece of tech, and I'm obsessed.

Scroll below to see all the features that make this gadget so desirable.

What first drew me to this camera was its tubular design. Although GoPros have a sleek, cool body, there's something funky and fresh about this look that you can't deny. 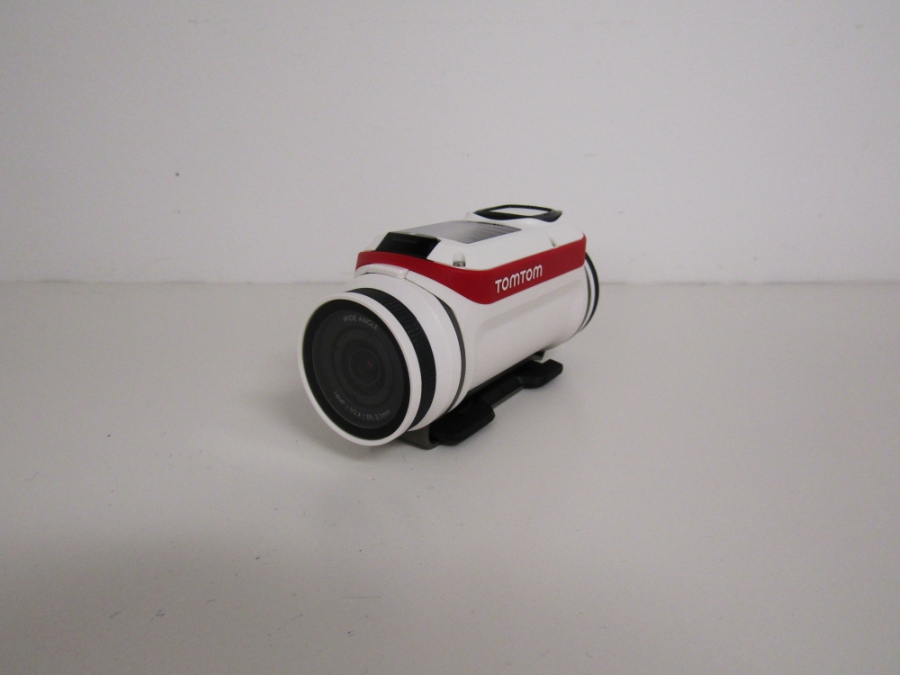 The features on this camera are super easy to understand and use. There are two main buttons you use to control the camera—one on the top of the camera near the the wide angle lens, which is used to start recording, and one on the tail end of the camera used to stop recording. These same two buttons are used to power the device on and off. 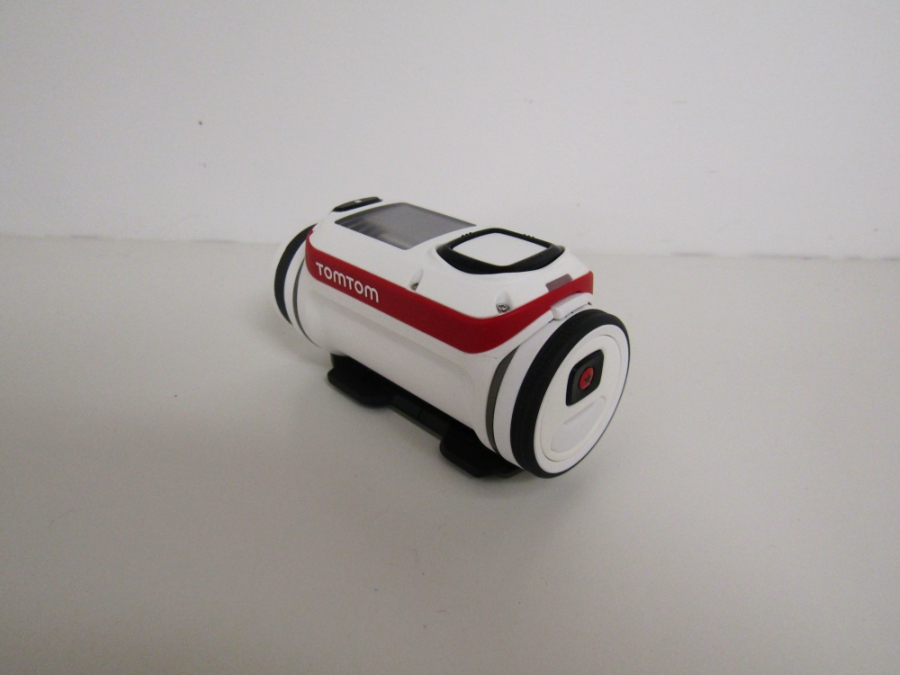 Perhaps my favorite part of this camera—as far as design and convenience —is the battery.

TomTom invented something for this product called a Batt-Stick, which is a removable battery that plugs right into your USB port on your computer.

What does that mean? You can charge your camera and transfer your videos and pictures to your computer at the same time without using any cables! Life. Saving. 🙌

In addition to this cool feature, there are a handful of others, including the easy-to-read display screen (see on the left below) and the versatile mounting system (seen on the right below).

The mounting system is pretty awesome because it allows you to attach and detach the camera to a mount simply by pinching together two tabs on the device. It's so easy.

Although the look and feel of this product are awesome, the added features are what really blew me away.

This gadget has in-camera sensors that save big moments in your footage so that you can find them again later. There's also a button on the back of the device that you can tap to notify your camera that you'd like to highlight a clip as you're recording it. No more looking through your footage to find that quick three-second clip you want!

What's even cooler about these sensors is that they can measure things like speed, g-force, altitude, acceleration and rotation while you're out and about. So, want to know what the altitude was when you reached the peak of a mountain? TomTom's Bandit will let you know. 😉

If you think editing is a major pain, you will definitely appreciate the TomTom Bandit app which makes it extremely easy to edit and share your videos on the go.

When your phone is hooked up to your camera's wifi, all you have to do is shake your phone, and automatically a ready-to-share video edit of your highlights will be ready to upload to social media. Cool? Absolutely.

One of the things that personally excites me most about this camera is that it gives me the ability to film time-lapse, night-lapse and amazing slow-motion video.

Yes, you read that correctly. When I was finally ready to take my camera out in the wild, slow-mo was the first feature I tested.

Check it out below:

Slow-mo camera for the win

Uploading the video to my computer was as simple as plugging in my Batt-Stick and transferring it to my desktop.

If I hadn't have been near a computer, I could have also uploaded it directly from my phone. Amazing.

If you're in the market to buy a new action camera, I would highly recommend this one. Although this product costs a pretty penny (they go for $249.99), I definitely think it's worth the investment if you want to take some great footage on your next adventure.

If you want to snag one for yourself, just head over HERE! Get ready for some great shots. 🎥

TomTom's Bandit isn't the only awesome camera we've reviewed recently. Check out what happened when I got my hands on a pair of Snapchat Spectacles HERE.