Tomboy is Liz Prince's poignantly hilarious autobiographical graphic memoir, detailing her life growing up as a tomboy in a world that seemed so unwelcoming to anyone who dared to be different. 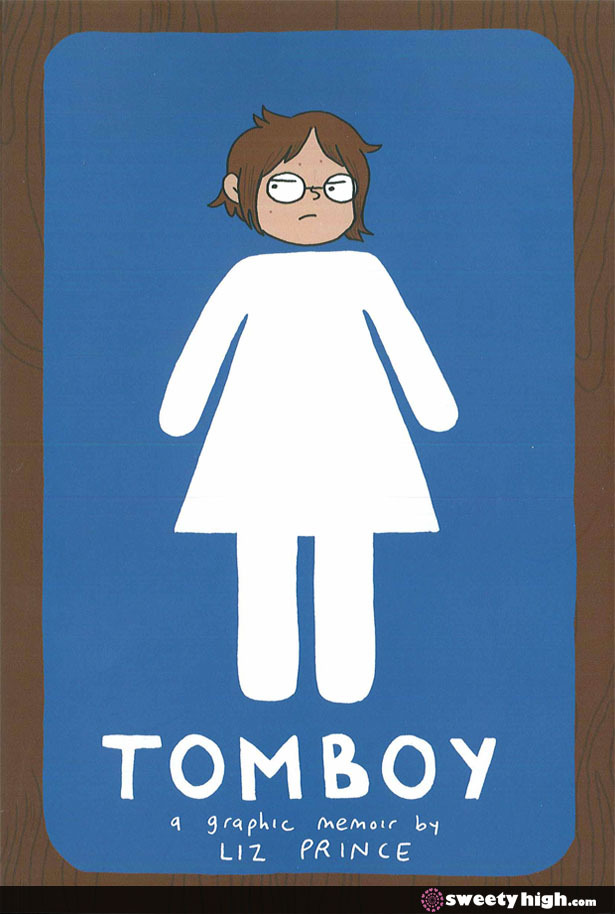 From the time she was a baby, Liz knew she wasn't a girly girl. As soon as she had the capacity to voice her opinion, she refused to wear dresses and the color pink. She always felt most comfortable in boys clothes and loved comics, sports and video games.

Early on, it wasn't a big deal. Her friends were boys who accepted her quirks. But things changed after her family relocated from her hometown in Boston, Massachusetts to Santa Fe, New Mexico.

Being a tomboy became a tough gig for Liz. She was shunned by her female peers for being too much like a boy. On the other hand, the boys would never accept her as one of their own. She wished she has a boy, and as she aged, she prayed not to develop physically into a woman.

As Liz recounts her life, navigating friendships and ever-changing social structures through elementary, middle school and high school, she tells frank and funny stories that reveal how silly gender norms can be.

Over time, it's up to Liz to realize that she actually doesn't hate being a girl. She comes to understand she's simply repelled by the expectations that are placed on her as a girl and the pressure to conform. She refuses to embrace the role that society set our for her. That process is never easy, but through the experience, Liz manages to discover herself. Finally, she finds acceptance with the help of creative and open-minded friends.

Tomboy is hilarious, heartfelt and touching, with simple but effective illustration that perfectly complements Liz's story. The storytelling is honest and enthralling, and she manages to bring humor and light to even the most painful personal moments from her life.

The graphic memoir does include some strong language, discussion of puberty and relationships and drug use, and we recommend it to readers 13 and up!

Share your thoughts on the book in the comics below! You can also click here to check out more book reviews, and share your own reviews in our community at SweetyHigh.com!