The Nintendo 64 was the video game console of my childhood, and it'll always hold a place in my heart. Even today, an N64 is hooked up in my living room, ready to be booted up whenever I'm feeling a tad nostalgic.

So when Retro-bit asked me to review the new Tribute64 controller, inspired by the old school system, I jumped at the opportunity. Rather than being a remake of the original controller, it's a reimagining, and I was eager to see how it would feel to play my old games in brand new way.

It's not a stretch to say that the Nintendo 64 controller had an unusual design. Unlike every other video game controller I've ever seen, it boasted three handles, rather than the usual two. On the left, it had a D-pad and L button on the shoulder. The center handle housed the N64's game-changing analog stick, as well as a Start button and a hidden Z-button trigger. Lastly, the right handle featured the A and B buttons, directional C buttons and an R button on the right shoulder. This meant you could hold it in a few different ways depending on the needs of the game you were playing—but also that you could never quite get at all of the buttons at once. Today, it looks bizarre and unwieldy. Back in the day, it got the job done and felt like a true innovation.

Rather than trying to faithfully recreate every aspect of the classic Nintendo 64 controller, the Tribute64 aims to capture its spirit while also improving upon the device. In place of the bulky three-handled design, Retro-bit has gone modern, slimming the controller down to two handles. It still includes all of the buttons on the original controller—with the Z button doubled up and repositioned on both shoulders—but rearranged for more comfortable placement. This puts the analog stick on the left side, rather than dead-center, and moves the D-pad to the middle of the controller for ease of use. 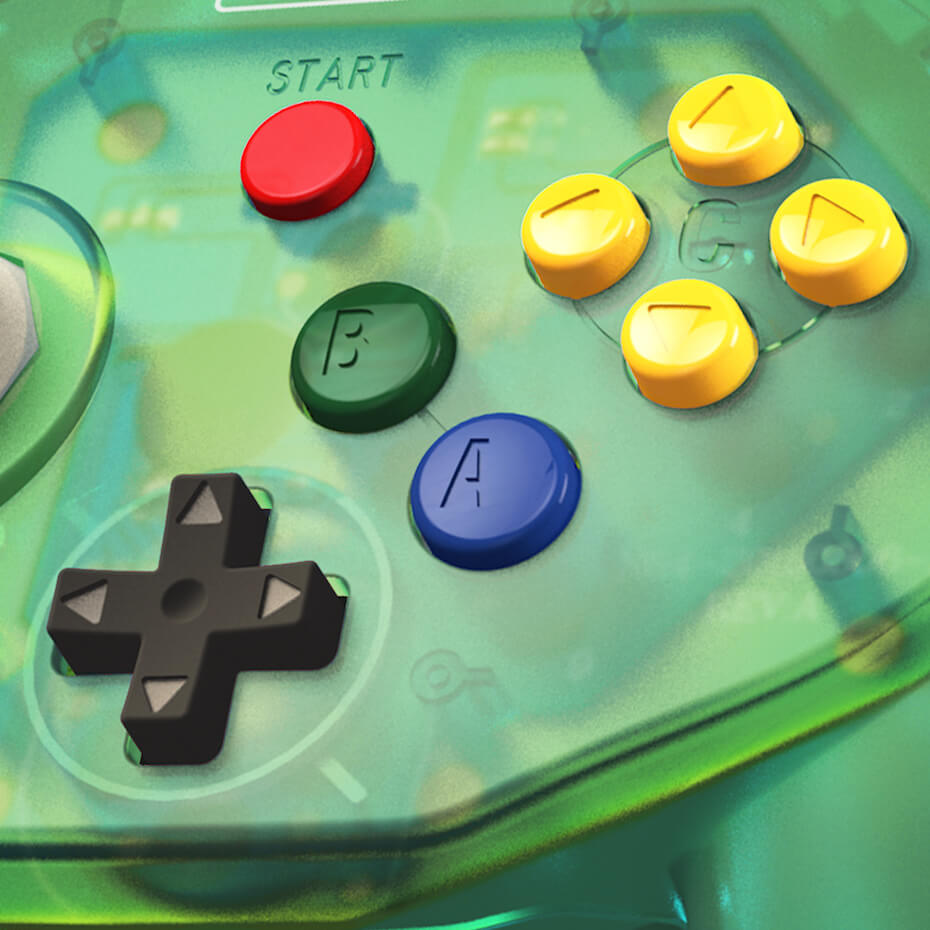 While the default N64 controller that came packaged with the system was a dull grey, Nintendo also released controllers in a number of other styles, with both matte and transparent plastic shells. The Tribute64 controller is keeping that tradition alive by coming in translucent Forest Green and Ocean Blue colors, as well as a solid Red. 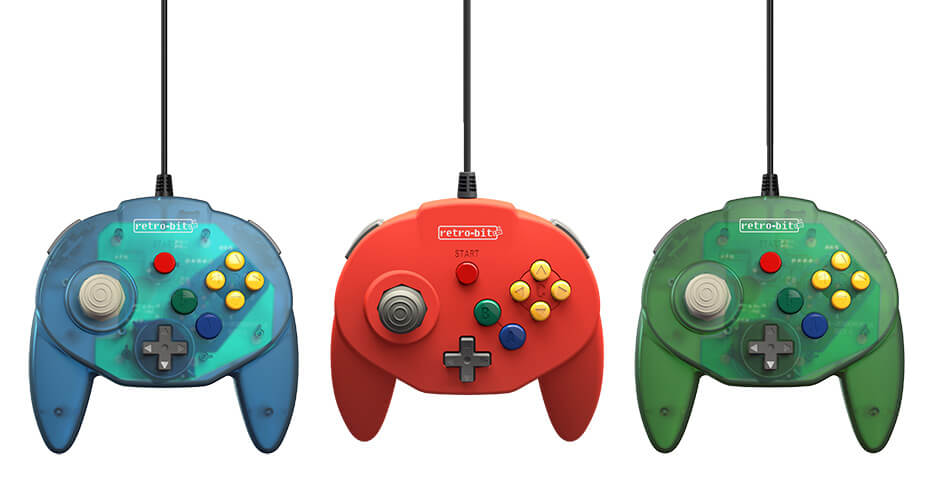 The Tribute64 controller also comes in two styles. The first is designed for retro gamers who still have a Nintendo 64, with a plug that fits right into the classic console. The second is a USB controller, which can plug into a Nintendo Switch to put a retro twist on your favorite new games, or into a computer.

Using the USB controller with my Nintendo Switch was a breeze. I simply had to plug the USB end into the port on the back of the Switch dock, and it was ready to go. Though it had a cord and I had to be plugged in at all times, the cable was nearly 10 feet long, so I could easily sit on the couch and play from across the room. I was glad I didn't have to park in front of the TV cross-legged, like in the old days. It's also worth noting that the controller only works with a Switch in the docked mode when you're playing on a TV or monitor, so if you're primarily a handheld player, you might not get much use out of it. 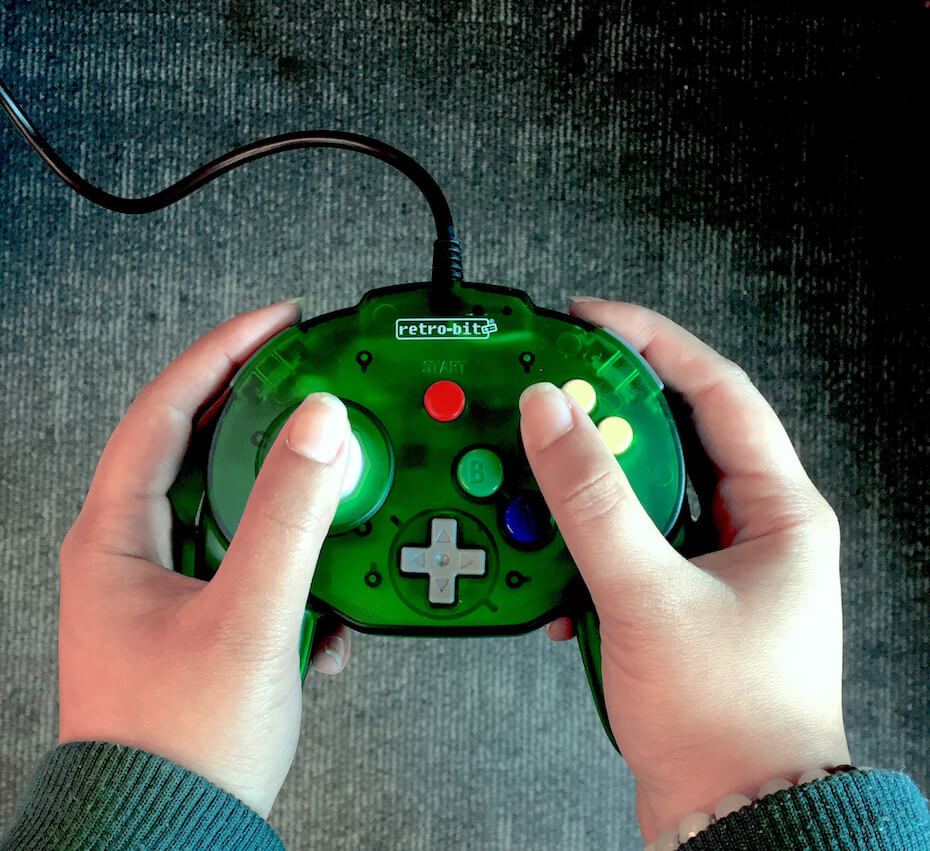 First, I tested the controller out with some simple puzzle games, just to test it out. It worked perfectly with games like Picross S and Boxboy! + Boxgirl!, which only require simple 2D movements and basic button presses. It was interesting to see which buttons on the Tribute64 correlated with the Joy-Con buttons, as the Tribute64 Start button acted as a Home button, and the left and bottom C buttons acted as X and Y, while the right and top C buttons corresponded with the Switch's Plus and Minus buttons. Using the D-pad with my right thumb looked like it might be awkward at first, but reaching for it felt pretty natural. It was never too far away, even though I don't have particularly large hands. The only button that ever felt a bit of the reach to push was the Start button, but I didn't find that to be much of an issue. 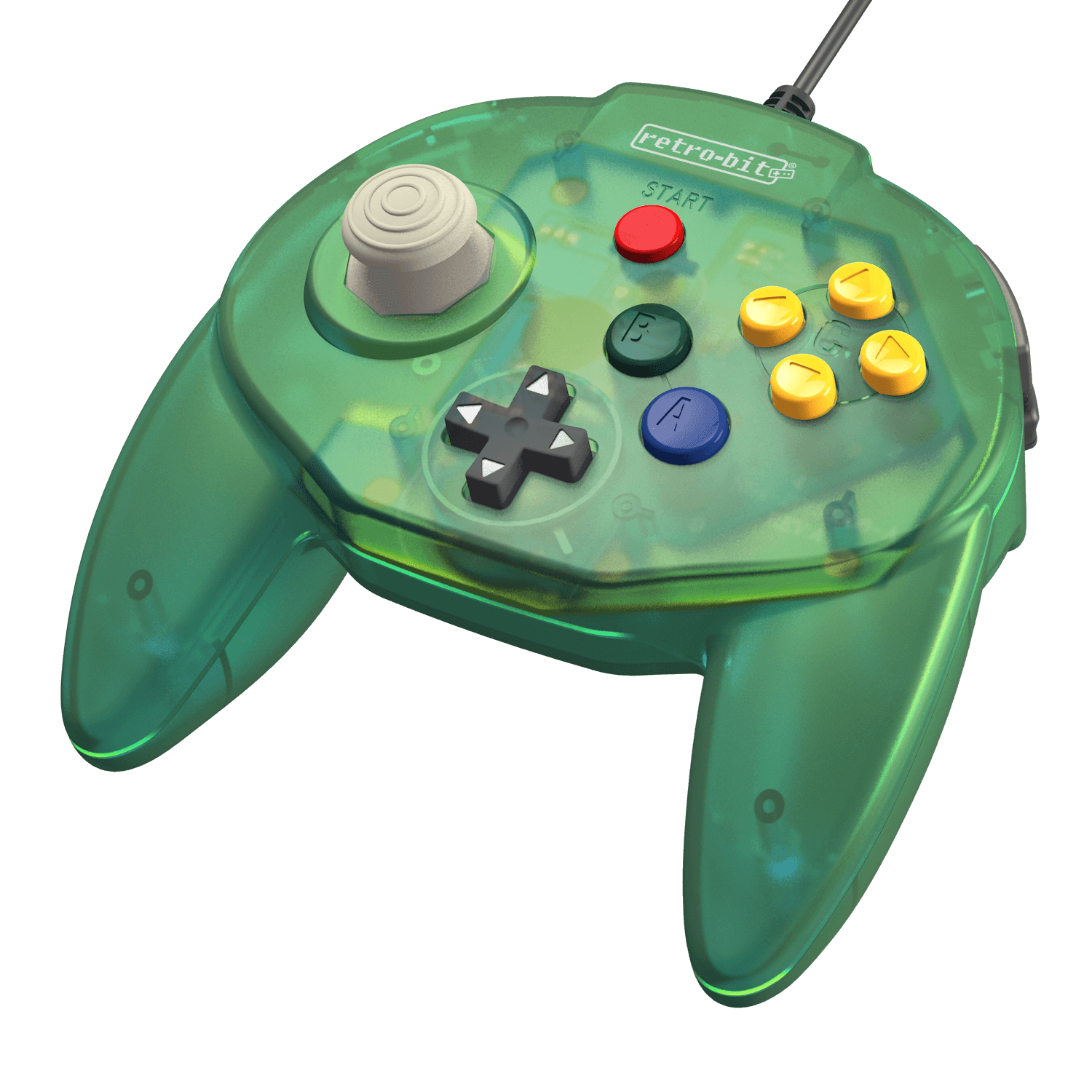 Next, I tested the controller out with Super Smash Bros. Ultimate. This was a truer test of the power of the controller, as it required faster and more precise analog movements and better button responsivity. It passed this test, too. The game felt better using the Tribute64 than it does when I play with two Joy-Cons—even if it falls just short of the comfortability of the Nintendo Switch Pro Controller.

However, I did run into a couple of limitations when I booted up The Legend of Zelda: Breath of the Wild. That's because the Tribute64 has only a single analog stick, meaning the camera is almost entirely out of the player's control. While you can reset the camera behind you with the R button, this doesn't give you the control needed to precisely scope out your surroundings. It also lacks the built-in gyroscope of other Switch controllers, so you can't use gyroscopic aiming. Of course, that's not what the controller was built for, and the fact that it works in the game at all is pretty cool.

Using it with my laptop was just as simple. I plugged the controller into one of many USB ports and it was ready to go. Though I did have some trouble finding games in my Steam library that might support the controller, it worked immediately with titles on Itch.io, and it worked just as well there as it did when it was hooked up to my Switch.

It was just as easy to use the Nintendo 64 version of the controller with my old console. I just had to plug it in, and it took me right back to the good old days. I popped in one of my favorites, Banjo-Kazooie, and the updated controller gave it new life. It felt great, and it wasn't long before I forgot that I wasn't using the classic configuration. The controller also had a port in the back that's compatible with old Nintendo 64 memory cards and Rumble Paks, though I didn't have any laying around to put them to the test. Though my old controllers still work great, I may have to make the Tribute64 for my go-to for N64 throwback days.

If you love retro games—even if you weren't there to experience them the first time around—the Tribute64 is a great controller option. At $29.99, they have precise and comfortable controls while remaining less expensive than many alternatives. Plus, they look really cool.

The controller built for the Nintendo 64 will release on June 7, while the USB port controller will come out just over a week later, on June 15.

If you weren't around for the Nintendo 64, click HERE to find out why Banjo and Kazooie would be a great addition to the Super Smash Bros. franchise.