Why I Tried (Repeatedly) to Break My Eyeglasses

One early morning in elementary school I stepped into my classroom with a tomato red sunburn from head to toe, Medusa-like braids all over my head and a round pair of sparkly purple glasses balancing on my freckled nose. It's safe to say I wasn't quite the same person I had been before spring break.

This may have been where my struggle with glasses began, but it's certainly not where it ended. Over the course of the next few days I tried repeatedly to accidentally break my glasses until I never had to wear them again. Or so I hoped.

That first day back at school after spring break was a complete nightmare. I was no stranger to trying out new, bold and unique styles, but the combination of a full-body sunburn, paired with the hundreds of tiny braids and beads in my hair from our vacation to Mexico and a new pair of glasses made me feel extremely self-conscious.

I could tell that my classmates and even pals were laughing at me.

"I didn't even recognize you when I saw you this morning!" giggled one of my best friends, Sarah.

I didn't feel like myself behind the bulky goggles and apparently everyone else agreed.

I spent half of the day plotting my next move. I thought about just taking off my glasses once I got to school and putting them back on before my mom picked me up, but that wouldn't work because my teacher knew about my new specs. After all, she was the one who recommended the eye exam to my parents in the first place. I was having major difficulties reading the whiteboard.

My next thought was to just leave them somewhere and pretend I lost them. But I knew my parents would totally ground me for the oversight. "How could you lose them if they were supposed to be on your face the whole time?" they would ask.

The only option I had was to break them. My plan just had to work. It was foolproof!

During class I took off my glasses and placed them on my school desk with a sigh and then dramatically rubbed my eyes. I wanted to give off the impression that they were bothering me. I then made an exaggerated gesture with my arms and swept my glasses off of the desk and onto the attached seat. I quickly sat with a thud directly onto my glasses as if I had no idea of my mishap. "Oh no!" I squealed with feigned surprise. I stood up just as quickly to find that my glasses were still perfectly in tact and that not a single person was paying attention to my one-woman show. 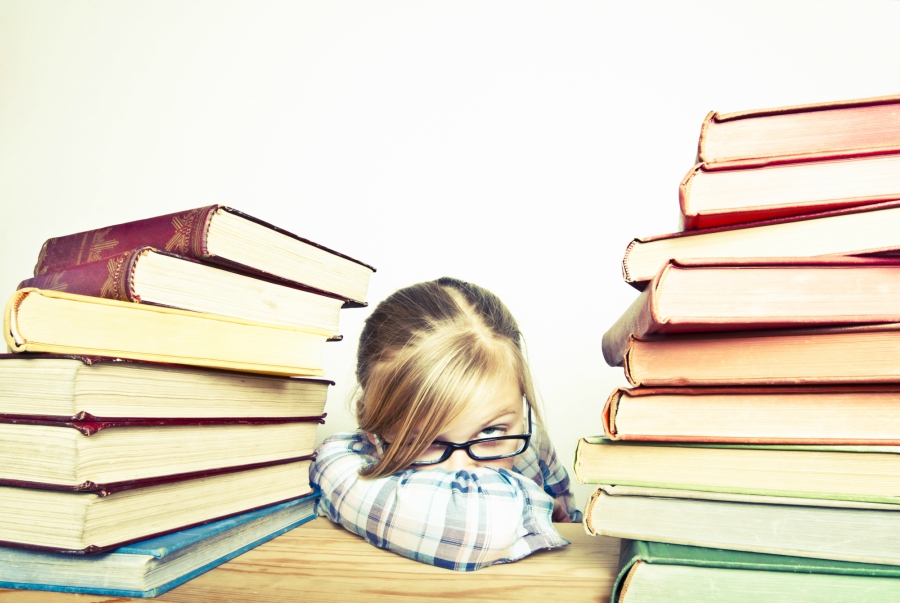 The next day I was more determined than ever. I figured I needed more strength to crush these rims, so I would take my plan to the next level.

Again, I went through the steps of the original plan: Place glasses on desk, sweep them onto my seat, sit, gasp. But this time as I sat up with a squeal, I jimmied the glasses off the seat and onto the floor where I stomped directly on them.

I bent down with a fake furrowed brow to pick them up and to my complete dismay, they were still 100% in tact. They weren't even the slightest bit crooked! I was so caught up in my failure that I forgot about the classmates around me. A boy who I wasn't particularly friends with looked at me with a quizzical face and asked, "Did you just try to break your glasses?"

I had never really noticed before that he wore thin black framed glasses. I mean, of course I noticed but I had never really thought anything of it. I didn't really know why but his accusation made me feel embarrassed for both of us.

But that didn't stop me from plotting sly new methods for bending and breaking my unwanted specs.

I was one of only two girls who liked to play football at recess. I didn't play every day, but occasionally I was in the mood to work up a little sweat. Plus, I was pretty good and sometimes the boys even fought over having me on their team, which was always a huge confidence booster.

One day, I was chosen first to play on my friend James' team which had never happened before. I was so excited to have the coveted first spot that my nerves began to run a little wild. I couldn't let my team down or they'd never trust me again.

Not that I even really knew the first thing about football, but I did know that once you catch the ball, you run with all your might towards the goal. I was fast and I rarely ever fumbled when the ball came my way. 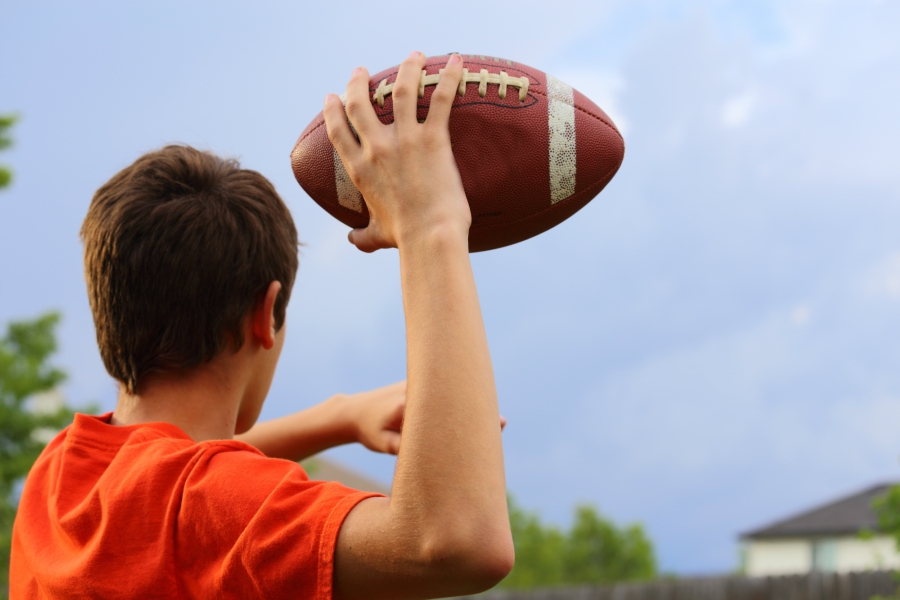 I heard James call my name but when I looked up, the bright Arizona sun reflected in my glasses and the glare nearly blinded my entire vision. I heard my team shouting but I couldn't see the ball, so I just held my hands in front of my face with hopes it would fall straight into my arms.

My hands may not have caught the ball, but my face sure did. The pointed end slammed straight into the center of my face, causing my glasses to fall to the ground. When I picked them up, there was a spider-webbed crack in one of the lenses.

The Change of Heart

Once my glasses were successfully broken, I didn't feel so good about it anymore. Without them I had to strain my eyes to see the white board, even after my teacher moved me to the front of the class. I couldn't believe it but for the first time I actually missed my specs. People started to ask me, "Where are your glasses?" and I realized that they had become a part of me whether I liked it or not.

And then as a teenager something amazing happened. Glasses actually became cool. Throughout my childhood I struggled with wearing rims and then suddenly they became less of a fashion faux pas and more of a statement accessory.

People who didn't even need glasses started wearing non-prescription specs just to rock the new "in" look. Part of me was super excited, but another part of me felt angry that I had to struggle with name-calling by the same people who were now proudly sporting the thick-framed look. 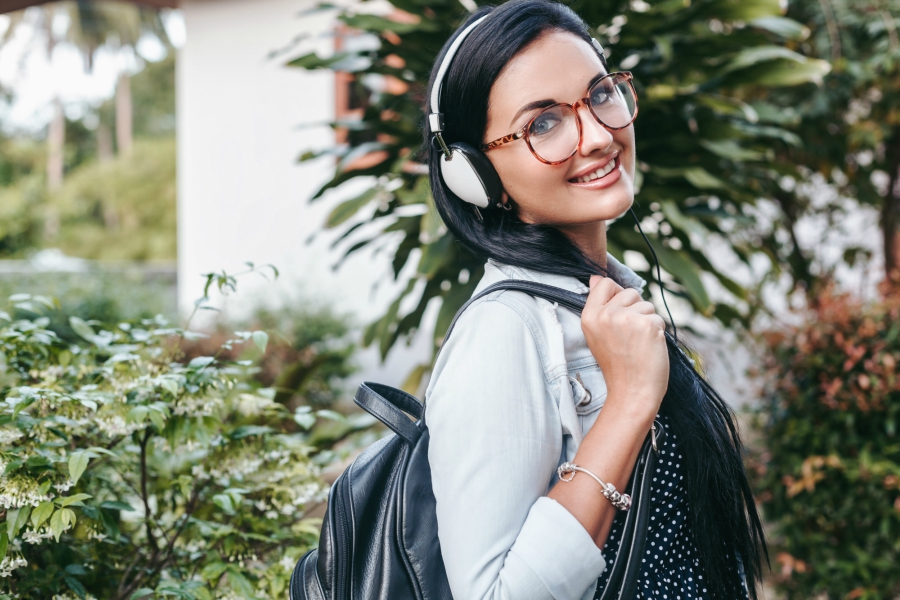 But at the end of the day I had to learn that destroying my glasses was only hurting myself. The world was so much crisper and more beautiful through the lenses. Plus, I totally got to boast that I wore glasses before they were cool.

Having anything from glasses to braces can seem like a total nightmare. If you're feeling the struggle, get some relief with THIS list of woes that won't matter 10 years down the road.