We've been obsessed with Dreamworks' Trolls ever since it came out.

We love everything about it—the music, the story, and, most importantly, the trolls. Princess Poppy, Branch, Smidge, DJ Suki and the rest of the characters hold a special place in our hearts.

While each troll is amazing in their own way, you've probably questioned which one you're most like. We know we have. Well, wonder no more! Your zodiac sign reveals which Trolls character you share the most similarities with below:

Active and courageous, nothing stops you from going after what you want, Aries. The same goes for Smidge. Though she's small, she's mighty. Much like you, she's always active and can probably be found participating in some sort of energetic activity. You're two incredibly strong individuals, both physically and mentally.

Just like Guy Diamond, you appreciate the finer things in life. You find yourself drawn to what glitters—especially diamonds—so it's a no-brainer that your Trolls match is this sparkly fellow. Not to mention, you both tend to be a bit stubborn in your ways. It takes a lot of persistence for someone to change your mind about certain subjects, but at least you stick to your beliefs.

You have a lot of different sides to you, Gemini. One day you'll be the life of the party, and the next you'll be cooped up at home bingeing your fave Netflix show. No one ever really knows what they're going to get with you, so you always keep people on their toes. One thing's for sure, you're an incredibly curious and social creature who wants to experience all life has to offer. The same goes for twins Satin and Chenille. They love getting to know new people and are incredibly gifted in the art of fashion. We bet you're pretty artistic like this duo, too.

You may act tough, Cancer, but you're really just one big softie just like Biggie. You have a lot of feelings that you need to express, so you've been known to start crying tears of joy or sorrow at the most random times. Biggie is no stranger to letting a few tears roll down his cheek whenever he's happy. There's nothing wrong with being a little sentimental.

You tend to be the leader of the zodiac, Leo—mainly because you crave attention and admiration from your peers, but also because you know what to do to solve just about any problem. Princess Poppy knows a thing or two about saving the day, which is why you're just like her. She also happens to be a princess, something you wish you could actually be, though you don't let not being one hold you back from acting like royalty.

More often than not, you feel pretty misunderstood. You have difficulty expressing your emotions, mainly because you don't want others to take advantage of you. This is something Branch knows all too well about. He tends to be standoffish, but that's only because he's incredibly cautious. Unlike most of the trolls in the village, he isn't overly optimistic, constantly fearing that something will go wrong. Eventually, he does learn to embrace his happiness, which is something you will do, too. 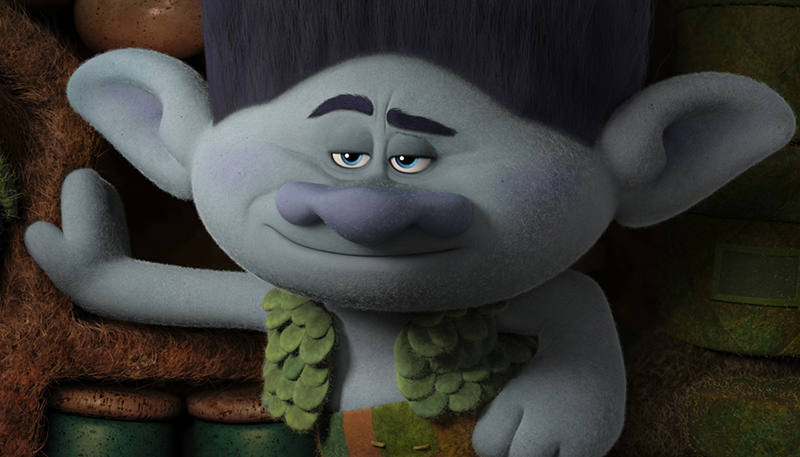 You're a straight-up social butterfly, Libra. You constantly find yourself surrounded by a wide variety of people, and you wouldn't have it any other way. Moxie Dewdrop is the same. She's pretty well-liked by everyone, because she invented the most popular dance in Troll Village. You both know better than anyone how to have a good time. 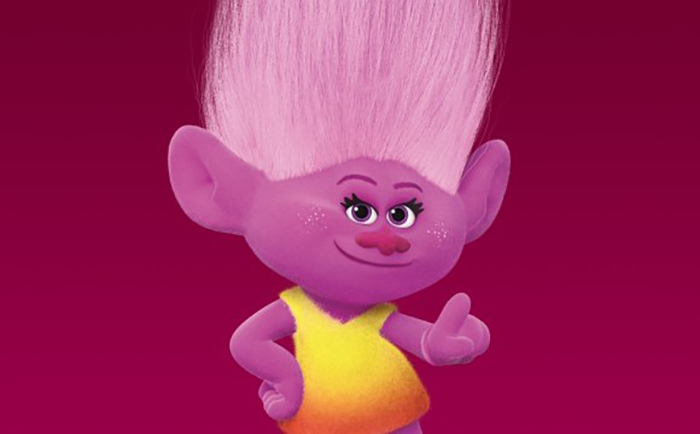 Being a Scorpio, you're known for having a pretty mysterious personality. Not many people know much about you, even those closest to you. Fuzzbert totally understands this. He's not one to immediately open up to the other trolls and communicates in a completely different way than everyone else. Nevertheless, everyone can always count on you to keep their secrets. 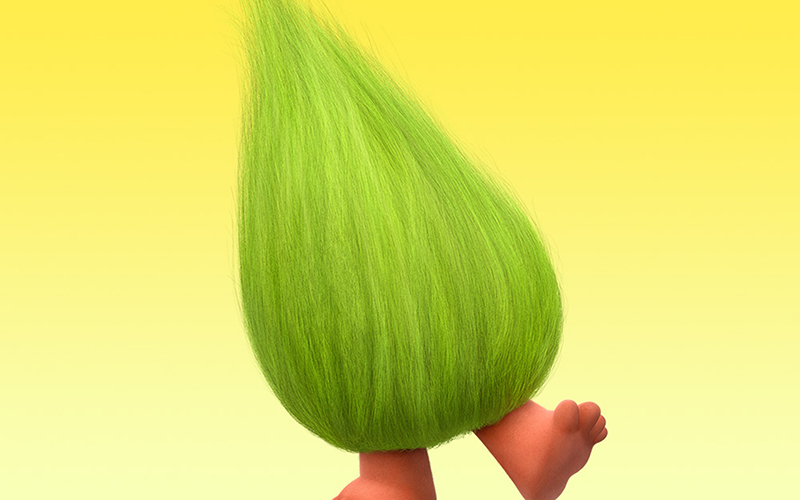 Generous and idealistic, you have one of the best senses of humor in the entire zodiac, Sagittarius. You get through all of life's struggles by constantly cracking jokes. You wholeheartedly believe a good laugh sesh can fix any problem. Cooper shares the same sentiment. No matter what, he always has a smile plastered on his face. Just like you, his enthusiasm inspires others to persevere through their tough times. 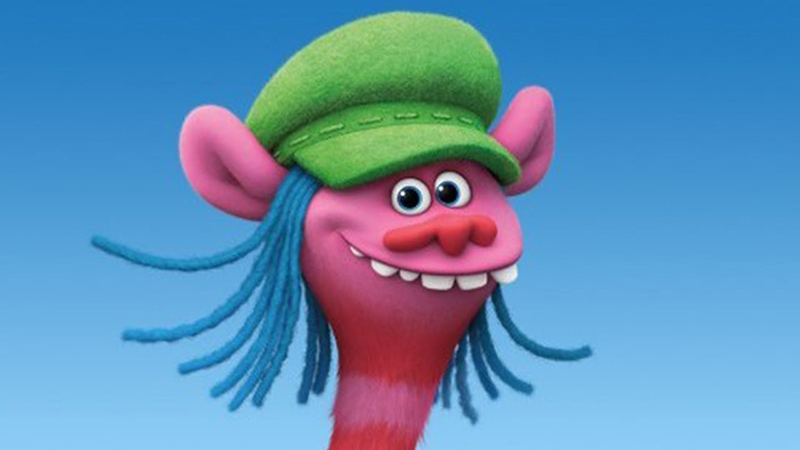 Responsible and disciplined, you are the master of self-control. You are never, ever late and you're one heck of a manager. You're more than likely the leader in all of your group projects. But what's most important to you is your family. Grandma Rosiepuff does everything in her power to keep the young trolls in the village out of harm's way. You do the same thing, because you don't know what you'd do without your loved ones by your side. 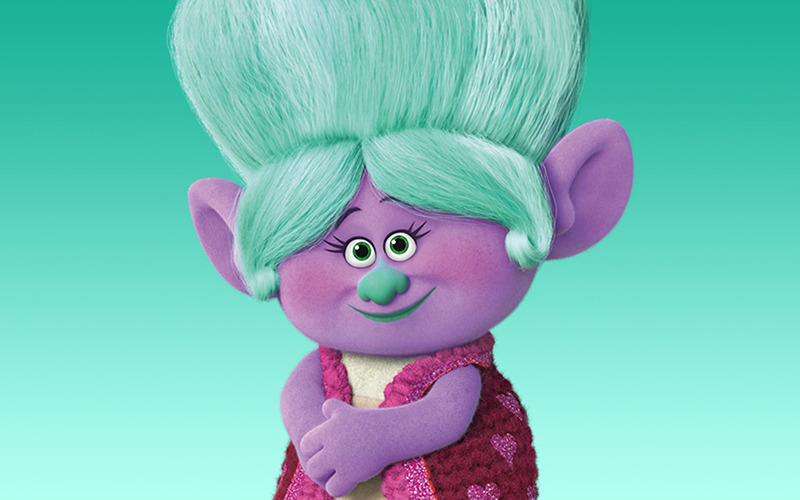 You are anything but dull and boring, Aquarius. You're a true original who sees the world as a place full of possibilities, so you never limit your potential. You're also incredibly creative, just like the artistic troll Harper. While Harper is one of the best artists in Troll Village, she always makes sure everyone else's talents are on display, too—something you're all about. Helping others and making sure they feel good makes you feel all warm inside. 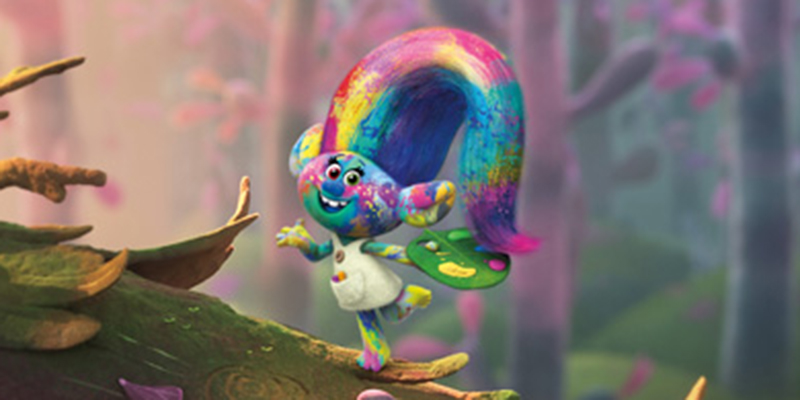 You're one of the sweetest, most caring signs in the zodiac, Pisces. You have no problem putting others' needs before you own. If anyone understands that, it's DJ Suki. She does her very best to make sure all her friends are happy and healthy. The two of you also share a common interest—music. DJ Suki knows how to throw down a sick beat at a moment's notice, and music has always been a big part of your life. Maybe you could start a band of sorts?

Want to get acquainted with these characters a little bit better? HERE's everything you need to know about them.