Everything You Need to Know About Dreamworks' Trolls

Dreamworks' hilarious new animated movie Trolls is out in theaters this Friday, Nov. 4.

But you don't have to wait until then to become obsessed with the characters. Here's a guide to the characters of Trolls, with a little help from some adorable Hasbro toys.

Poppy is the always-positive, creature-loving princess of Troll Village. She's the leader of a group of 10 BFFs called the Snack Pack, and she loves singing and hugs.

Her dad, King Peppy, saved the kingdom from the evil, Troll-eating Bergens, so she believes she knows a thing or two about conflict resolution—but that's not necessarily the case when a challenge arises. 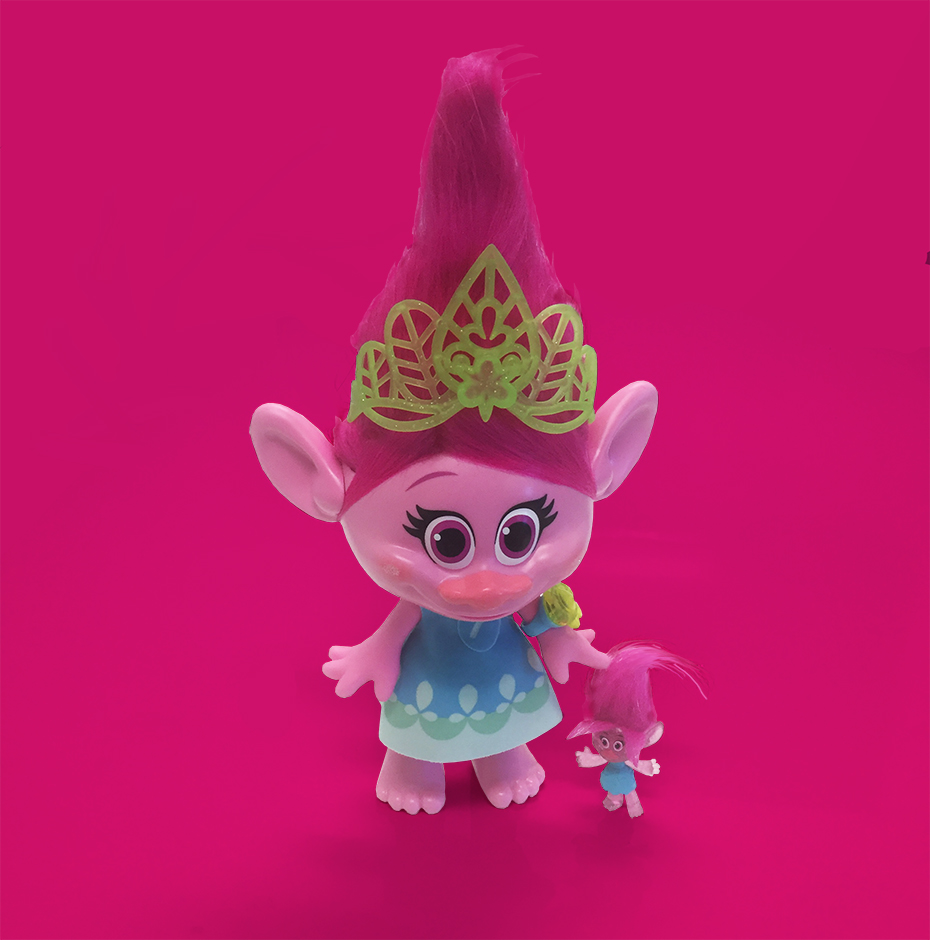 Branch isn't like other Trolls. He's not the biggest fan of Troll activities, including singing, dancing and hugging. He's also overly cautious about pretty much everything, and the others don't understand him particularly well.

But when crisis strikes in Troll Village, Branch is the only one prepared for what's about to happen. As he teams up with his polar opposite, Poppy, he just might discover what it really means to be a Troll. 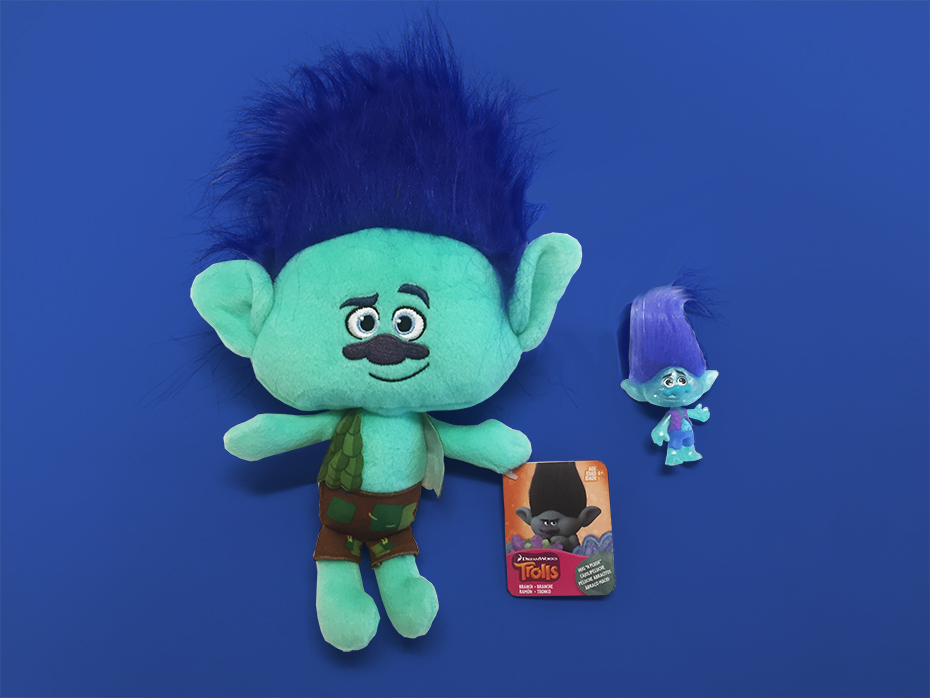 Biggie is the biggest softie you ever knew. Sure, he's large in stature, but his heart is even bigger, and he's prone to breaking into happy tears. Biggie and his pet, a worm named Mr. Dinkles, are practically inseparable. 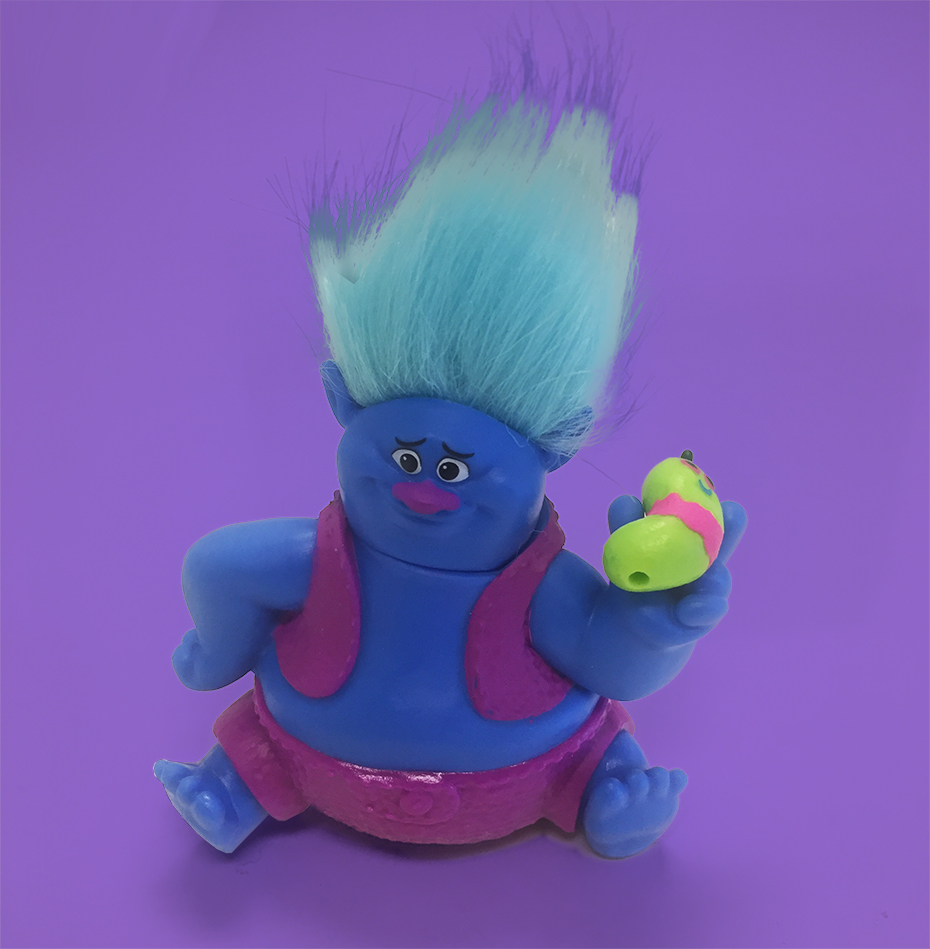 Creek is the resident guru of Troll Village. He's wise, calm and always willing to help and advise in times of need. He also loves to be the center of attention at all times, which can have its costs. 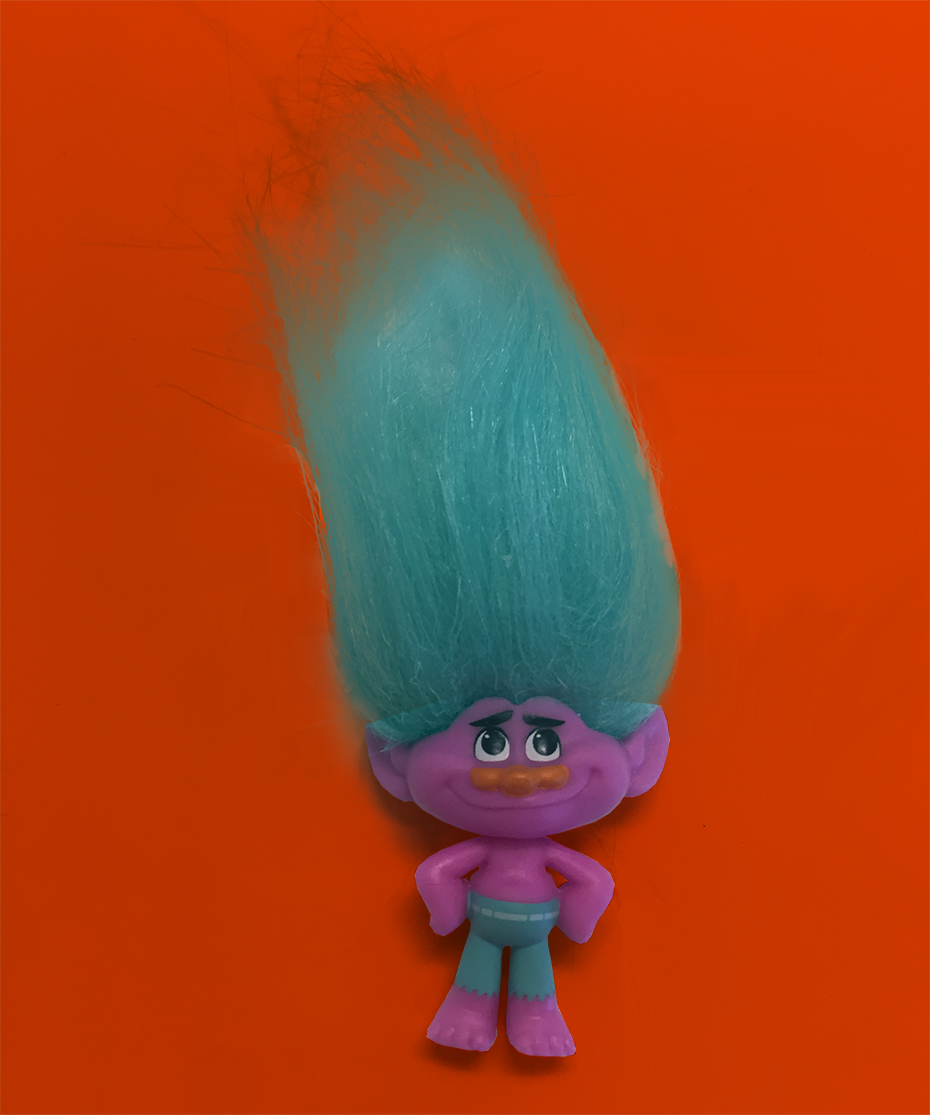 DJ Suki is the resident music expert in Troll Village. She loves positive music with a beat, using the natural sounds of insects to create her music. She knows how to drop a beat appropriate for any situation that comes her way. 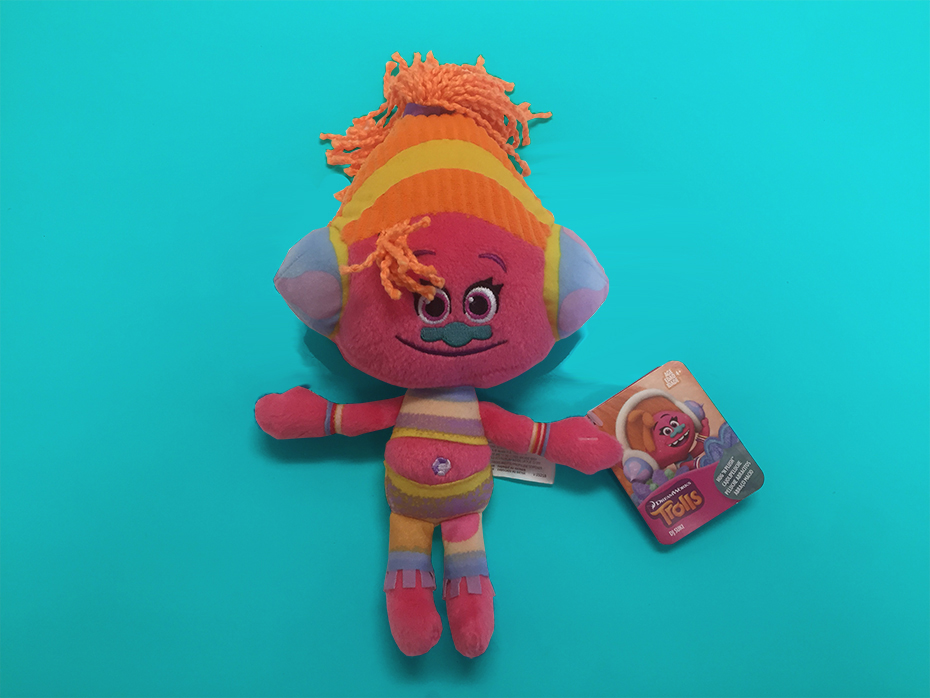 Guy Diamond is all about the glitter, forgoing clothes for extra sparkle. When he dances, glitter flies absolutely everywhere. If you need some tips about body confidence, Guy is your guy. 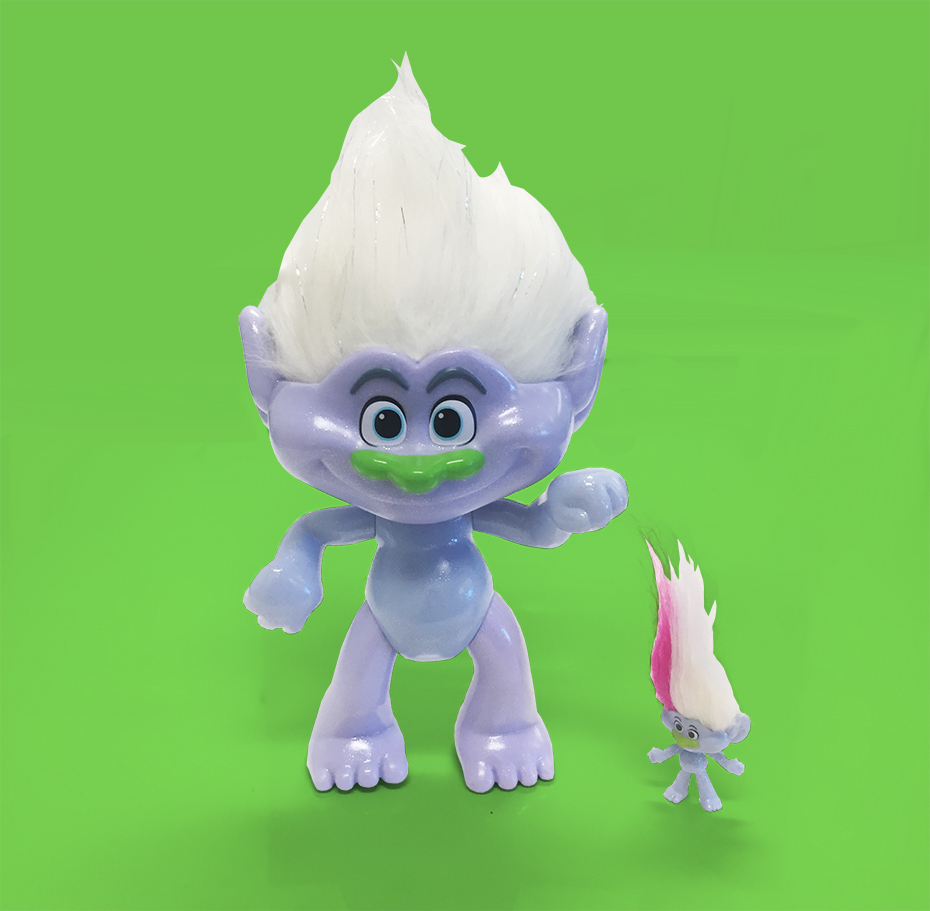 Satin and Chenille are twins and besties, and they're the most fashionable beings in all of Troll Village. Satin has pink skin and Chenille is blue, but they'll be together for the rest of time, as they're conjoined at the hair.

But even though they're connected, that doesn't mean they're not individuals. You'll never spot them wearing the same thing. 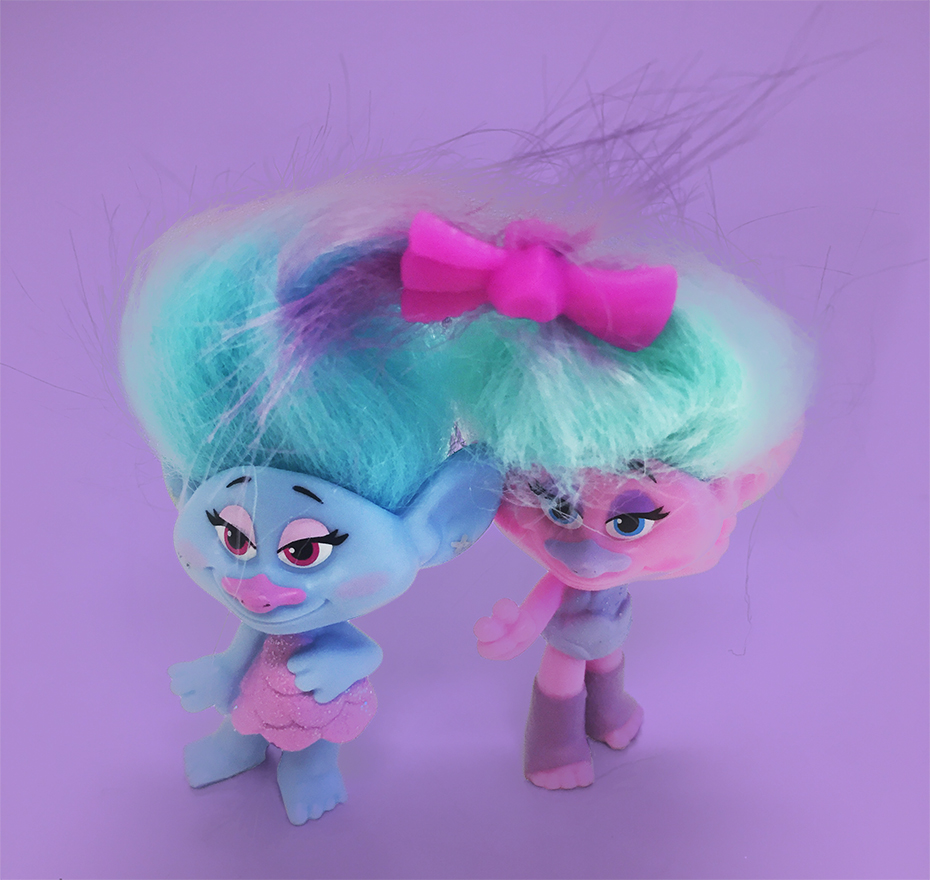 Smidge is small, but she's got some of the biggest hair around, and one of the deepest voices you'll ever hear. She loves nothing better than working out, eating healthy and giving people the surprise of their lives. 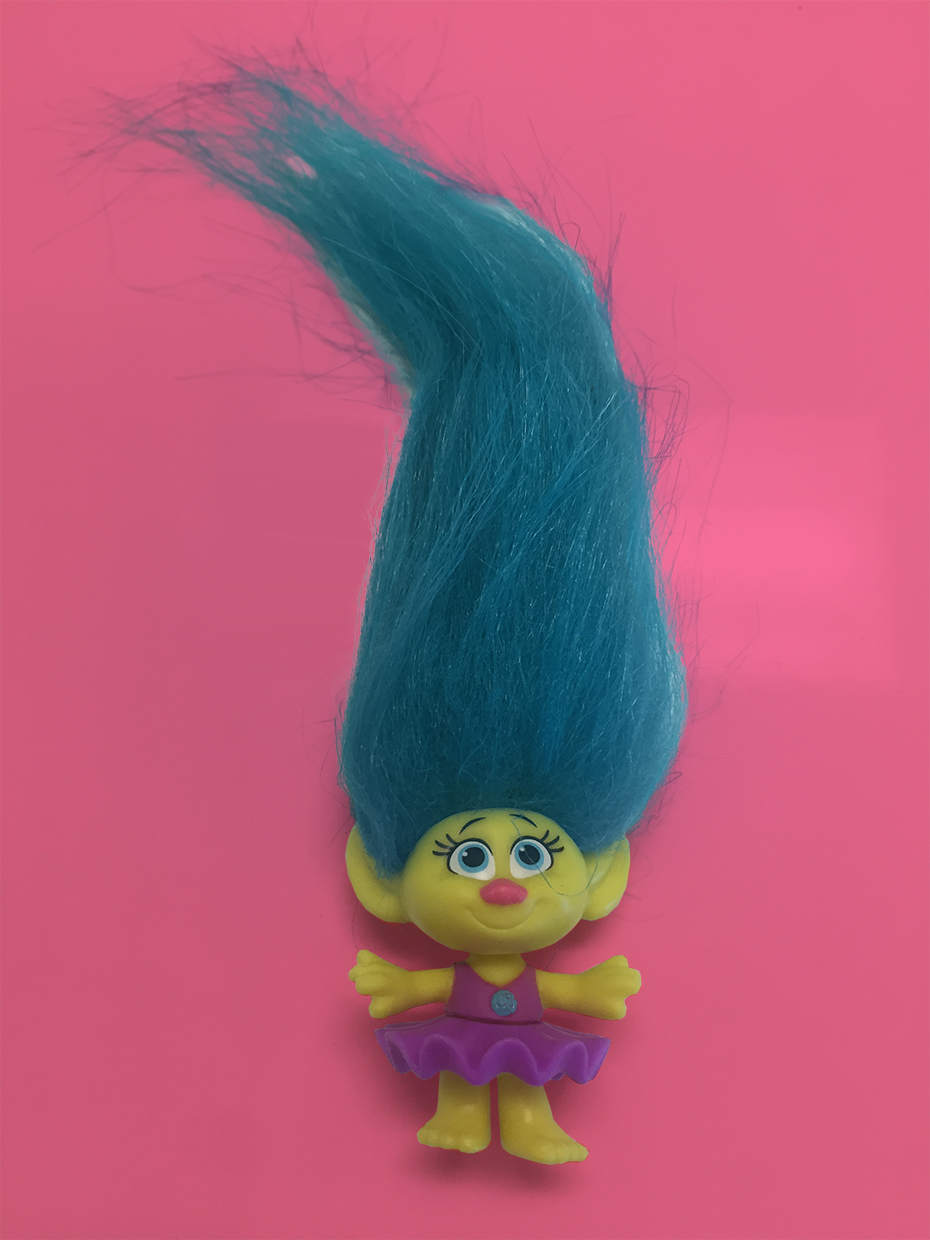 Cooper is one of the strangest residents of Troll Village, resembling a giraffe rather than his Troll companions. He's not the smartest guy around, but he gives everything his all.

Llama-like relatives on his mother's side provide the magical hair that goes into Hug Time friendship bracelets. 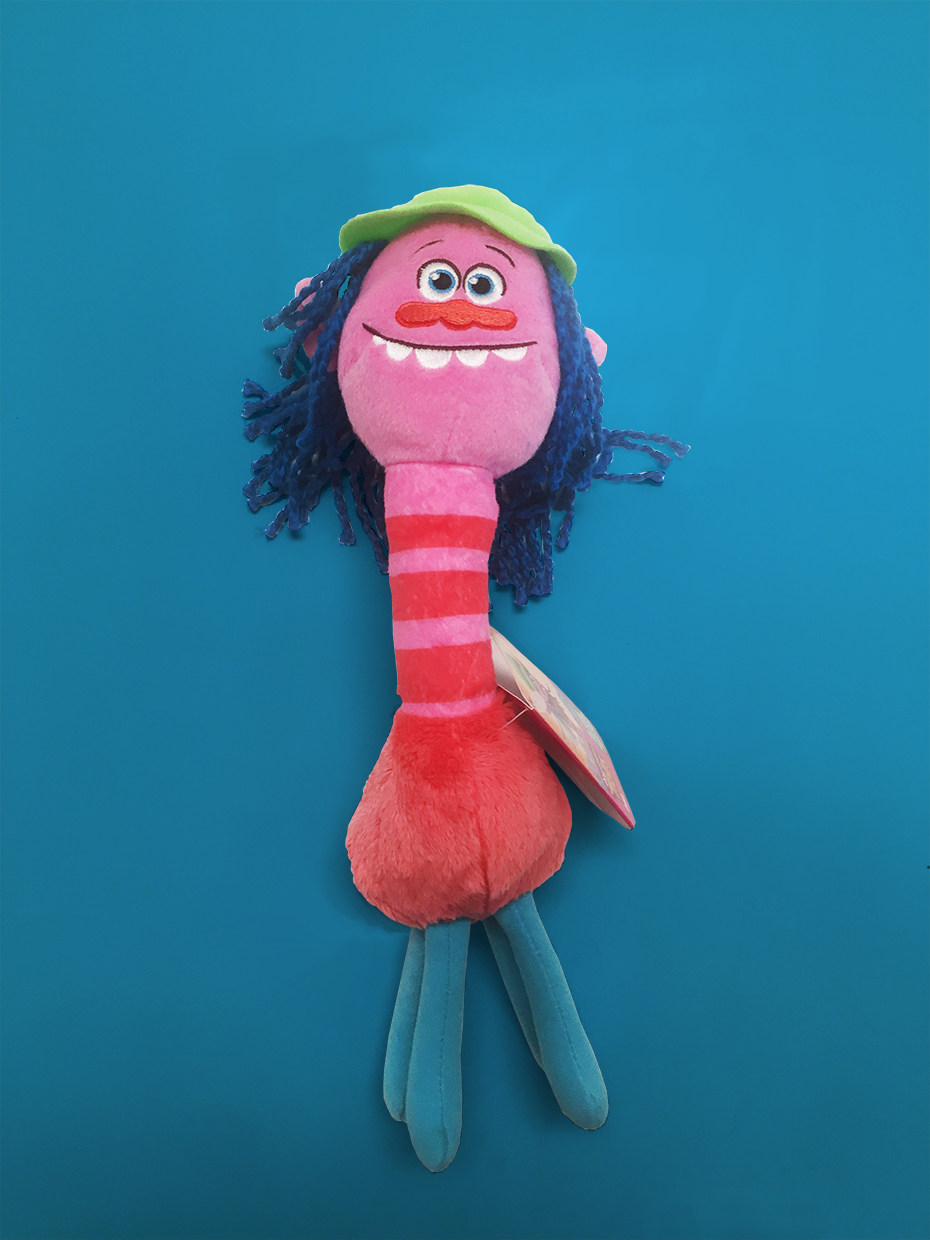 Unlike most Trolls, Fuzzbert is all hair, with a couple of tiny feet poking out from underneath. Fuzzbert doesn't talk, and instead communicates with the other Trolls in a series of strange noises. He loves tickling other Trolls with his hair. 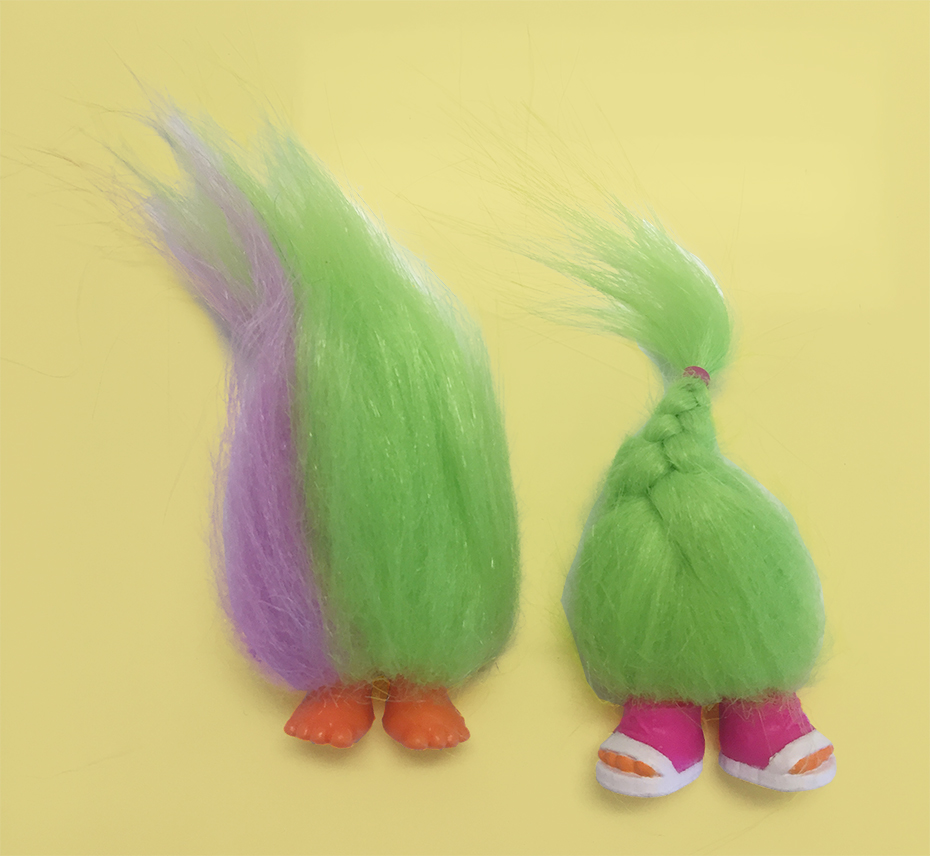 Moxie Dewdrop was born to dance, and everybody knows it. She's the creator of the most popular dance in Troll Village, the Razzle Dazzle. The only Troll that comes close to her skill is the incredible Guy Diamond. 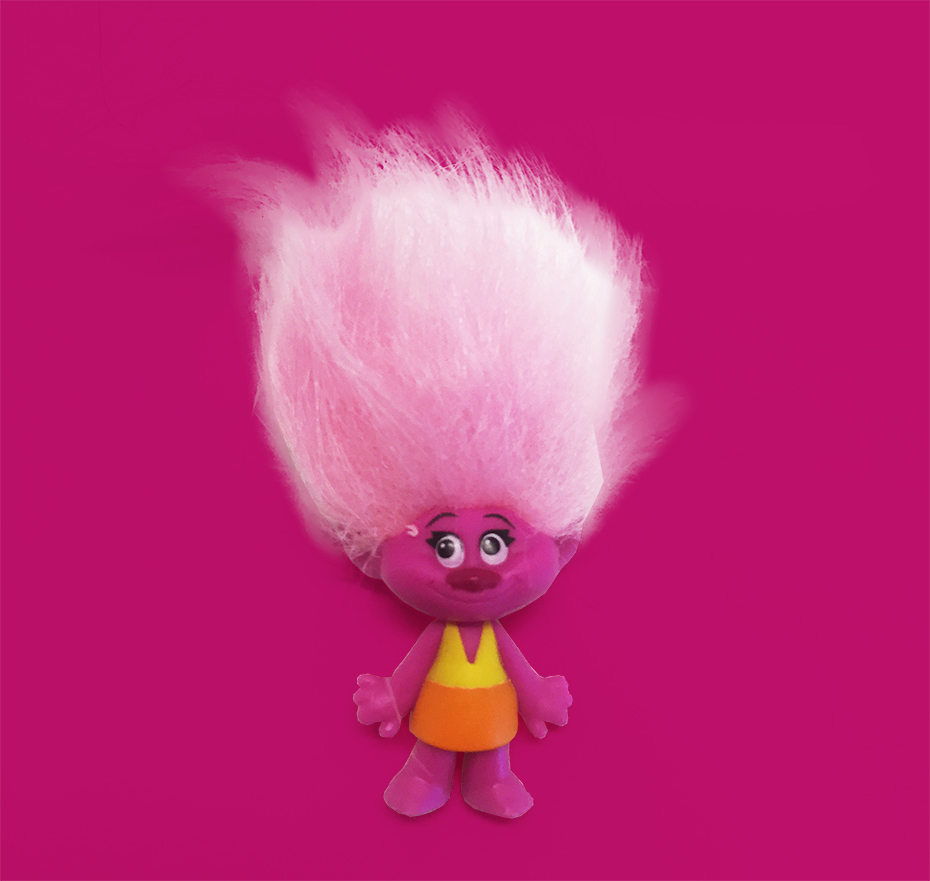 Harper is the most artistic Troll around. She has two differently colored eyes, and perhaps that allows her to see the world in a way that other Trolls don't. She loves to paint, using her colorful hair to create masterpieces. 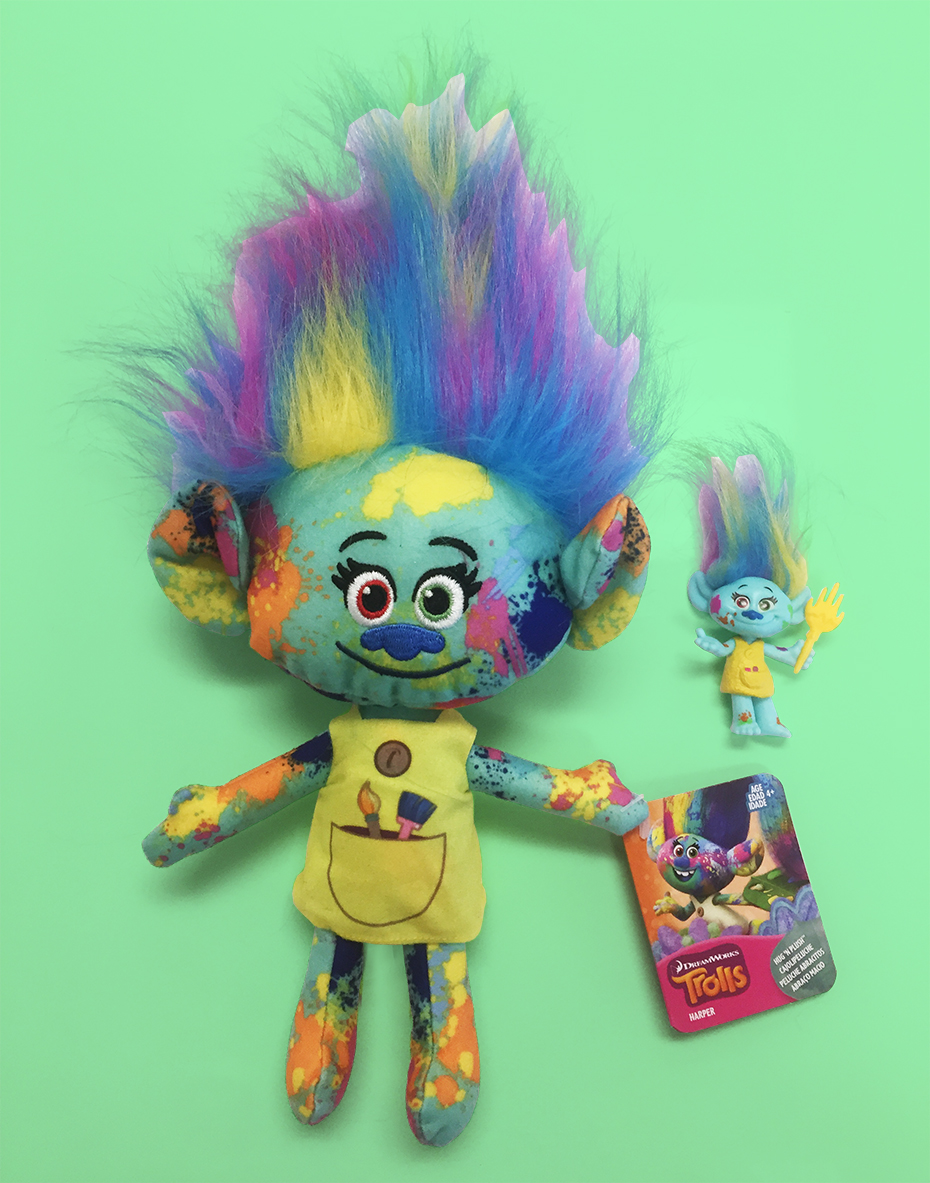 Can't wait to see Trolls? Click HERE to read about the animated movies you have to see before 2017.