13 Fictional Bedrooms You Wish You Could Call Home

Have you ever just watched something and thought, I wish that was me.

Whether you're pining for a character's popularity or skill set, it's safe to say that we see many things in these fictional characters that we'd like to steal for our own lives.

One major point of envy: bedrooms. We seriously wish we could just plop ourselves on set and live in these fictional bedrooms every day of our lives.

Scroll below to swoon over some of the coolest and classiest bedrooms we'd gladly grow up in:

I don't think a single kid survived the '90s without wishing they could take a spin on Arnold's rotating couch. Plus, his entire ceiling was a sun roof… not to mention he had a built-in ladder leading up to the skylight. Does anyone know a contractor I can speak to? 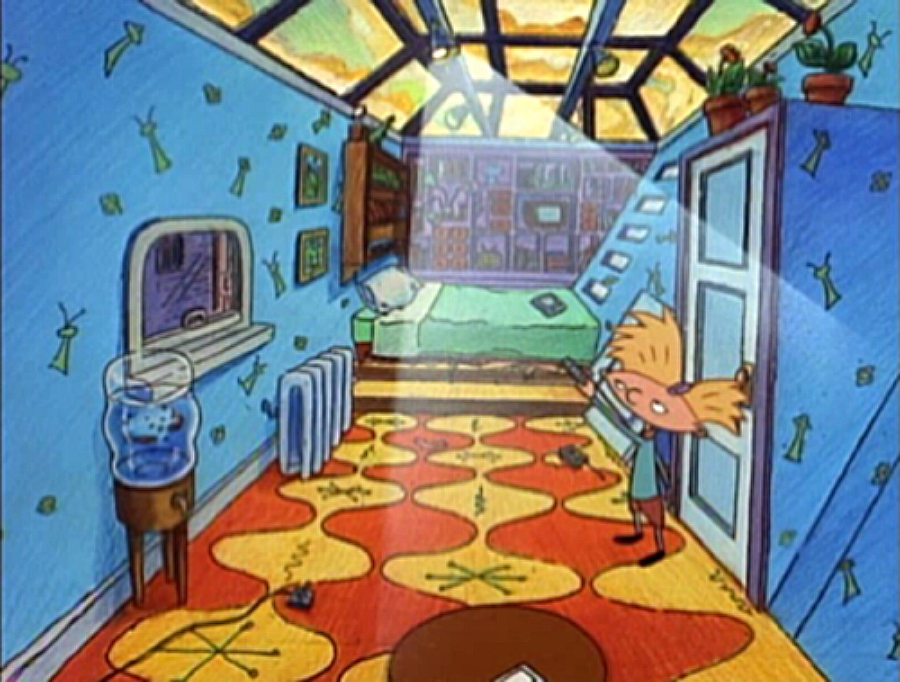 Some call it a bedroom, others call it a tower. All we know is that if the opportunity ever arose to add a spiral staircase to our room, we would take it in a heartbeat. The clouds painted on her walls were enough to make us run to Home Depot to paint murals in our bedroom. 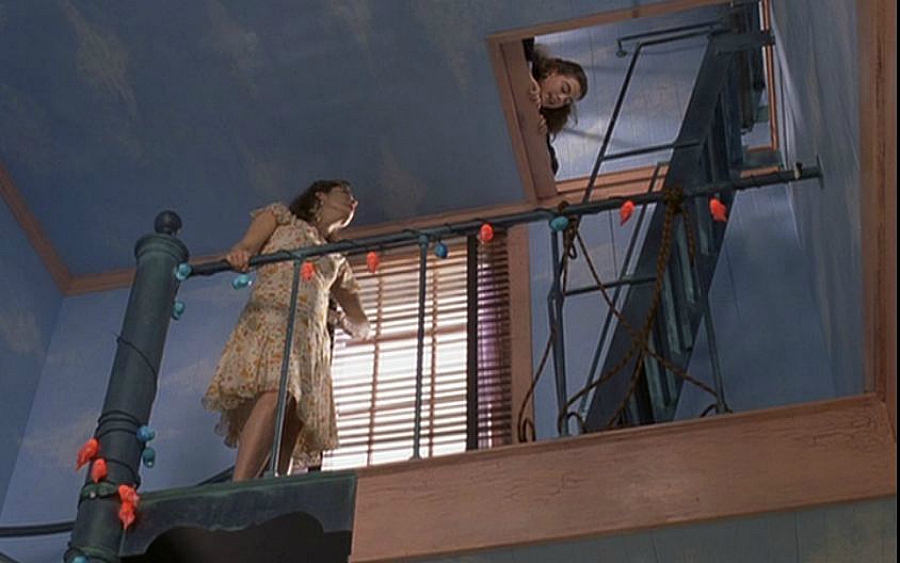 What was really enviable about Cher's bedroom was her closet. We're still not sure why someone has yet to program an app to pick out our outfits. 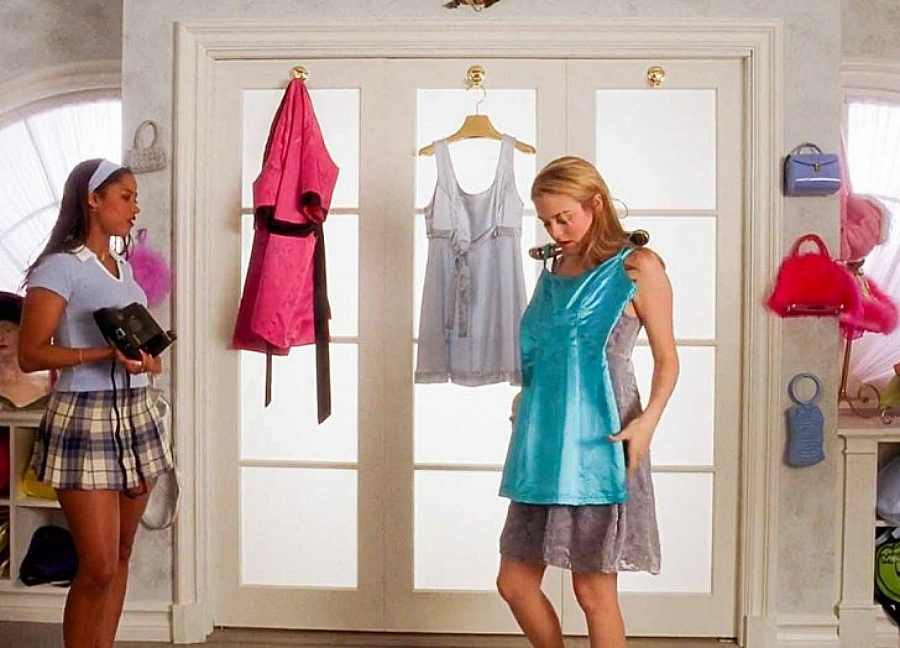 This bedroom is just as cute and spunky as Riley is, but the biggest draw is the bay window where the girls chat and and have deep conversations. Of course having a fire escape right outside your window is a major bonus. While it seems like only fictional characters have their friends sneak in through their windows, we'd love the chance to give it a spin. 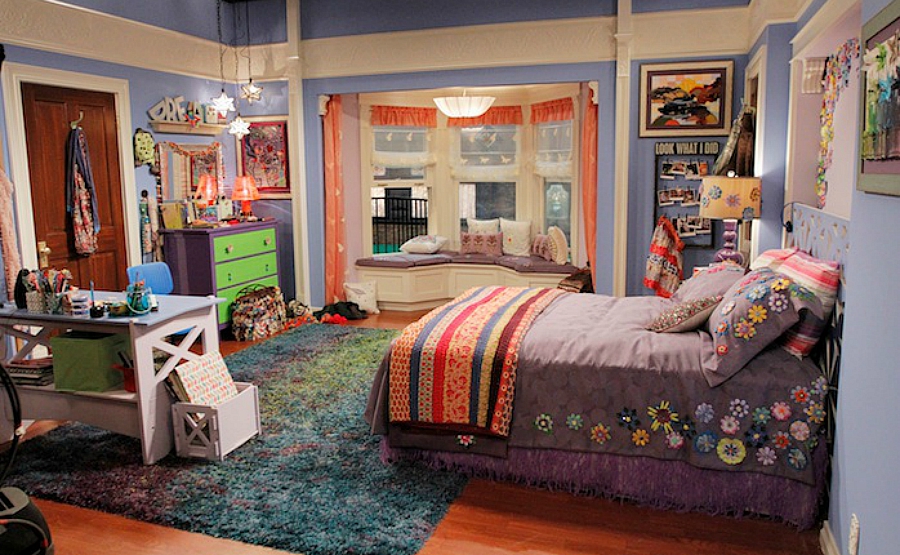 This may be one of the biggest bedrooms on television—it's bigger than most studio apartments! Not only was this room enormous but it was packed with cute and creative decor. Can we take a second to talk about that ice cream sandwich couch… thing. 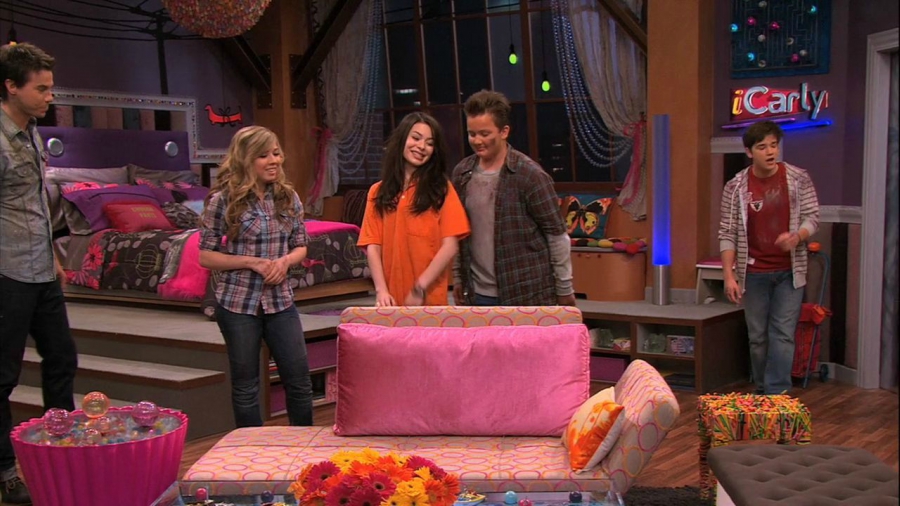 Everyone probably has their own idea of which little liar had the best bedroom, but we're drawn to Aria's because of its classic yet moody look. Those giant windows are total bookworm goals and we can just imagine curling up on that comfy bed with all of the reading material our heart desires. 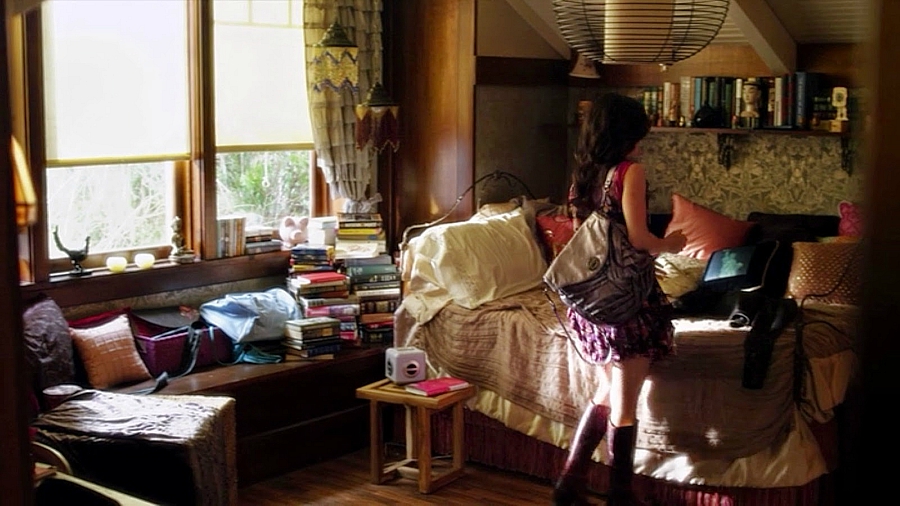 We would really like Max to turn his teen angst down a notch. I mean, we know that moving can be hard but we're also pretty sure that his Salem bedroom was an upgrade from his California, laidback, tie-dye digs. I've always wished to have a private lookout like Max has. 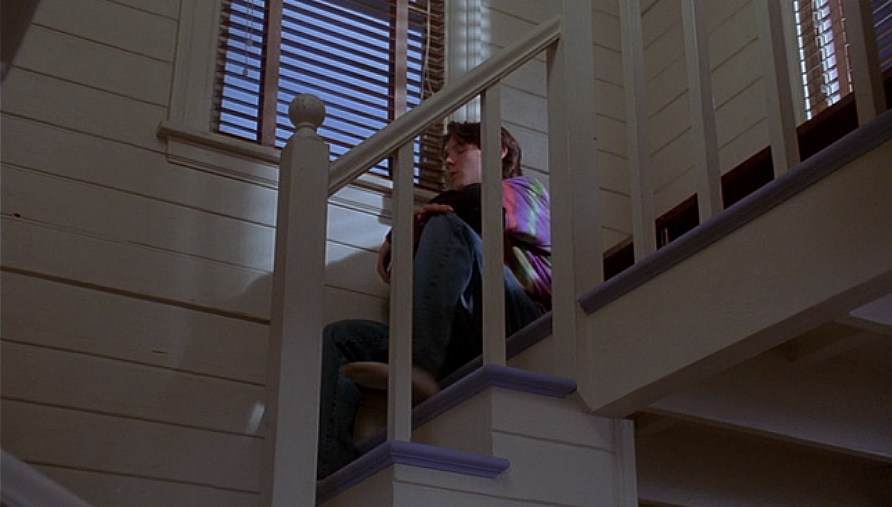 She does have the master, after all. While the luxurious bed is the focal point of this room, the fireplace adds a touch of extra indulgence. If only we could make our parents trade us their room. 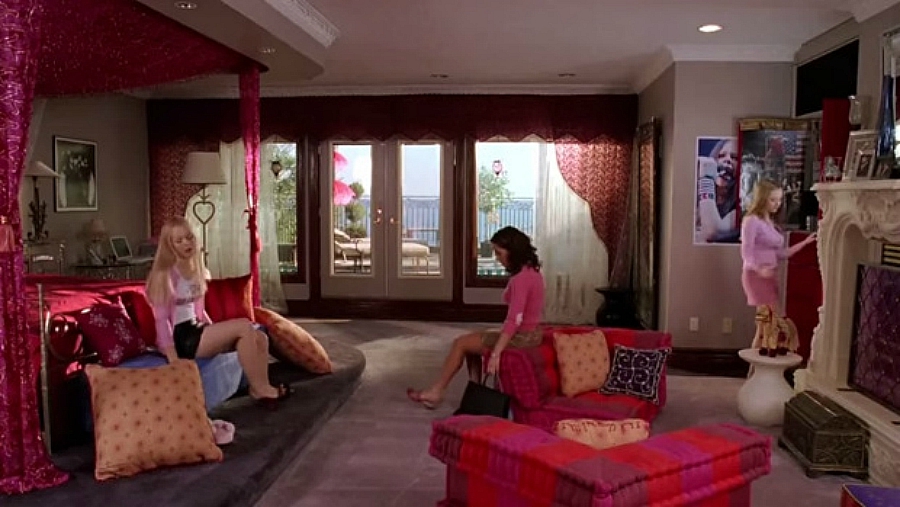 This kid's entire mansion was one enormous bedroom thanks to the skillful (and completely and totally illegal) scam he managed to pull off. While the space is covered inch to inch in games and electronics, the hands down best part of this bedroom was the water slide that extended from his window to the outside pool. 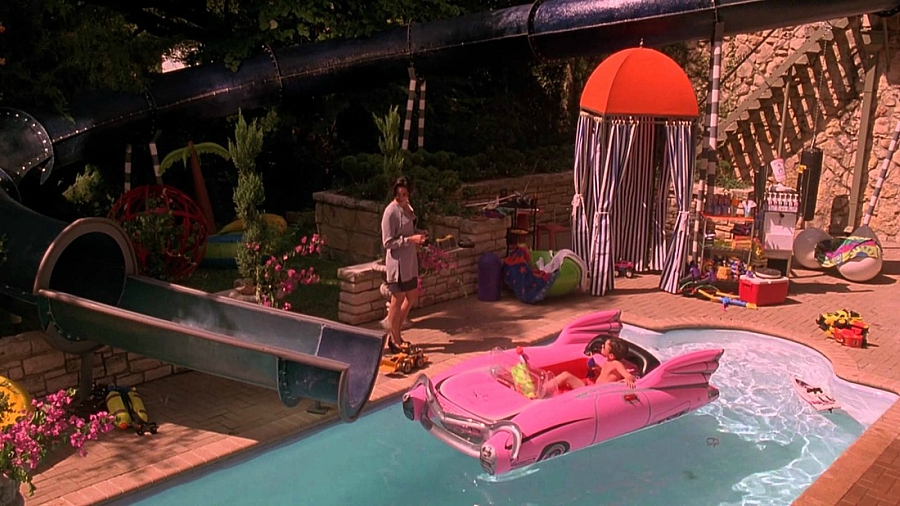 Admit it, you've secretly always wanted to spend a semester dwelling in a common room. We're partial to Gryffindor because of its location but hanging with your fellow housemates in your own private space would be fun no matter which common room it was. Except maybe Slytherin… the dungeons don't sound so sanitary. 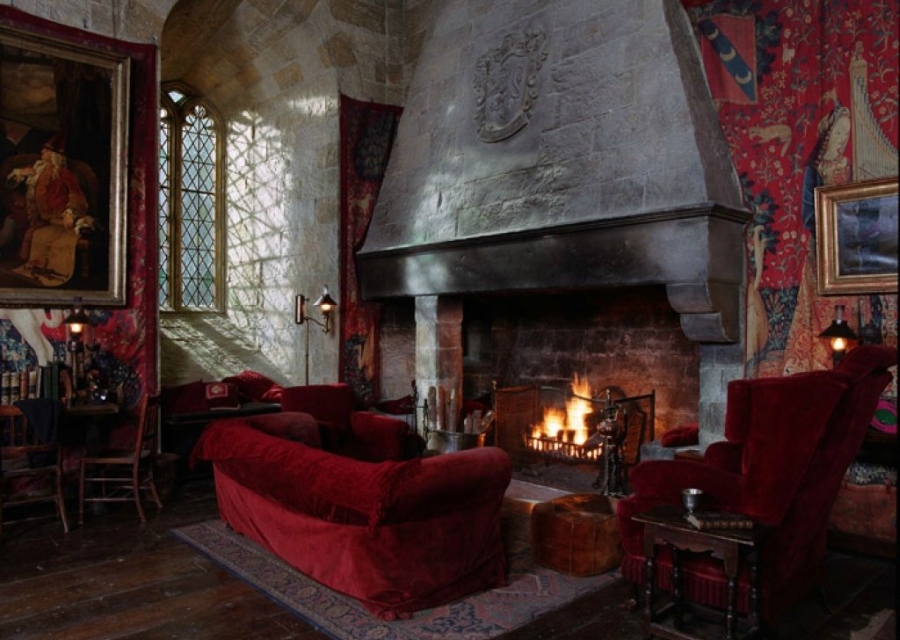 Josh's flat in New York was the bedroom of every kid's dreams, mostly because he was still technically a kid when he designed it. We're talking a trampoline, bunk beds, the works. 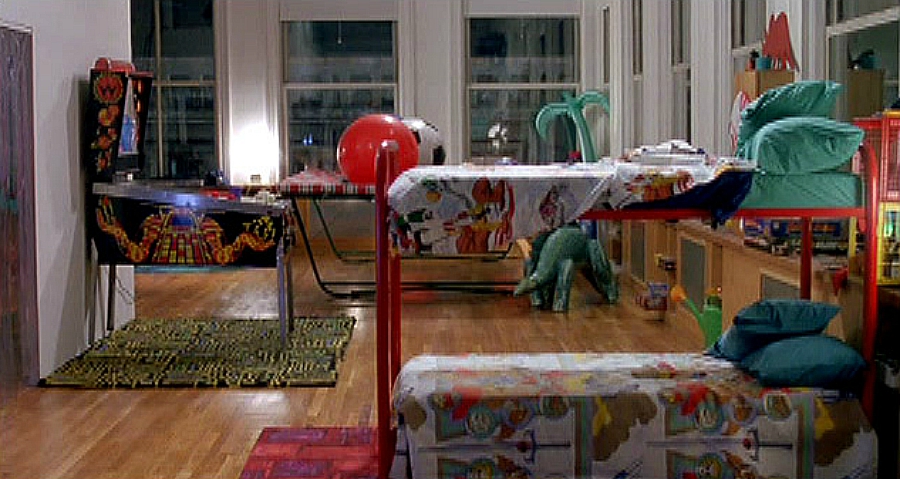 If you have to share a room, this is the way to do it. This may be one big room but it's divided into two very different spaces. What a way to compromise! Which side of the room is more suited to your taste? Personally speaking I'd try to find a happy medium. 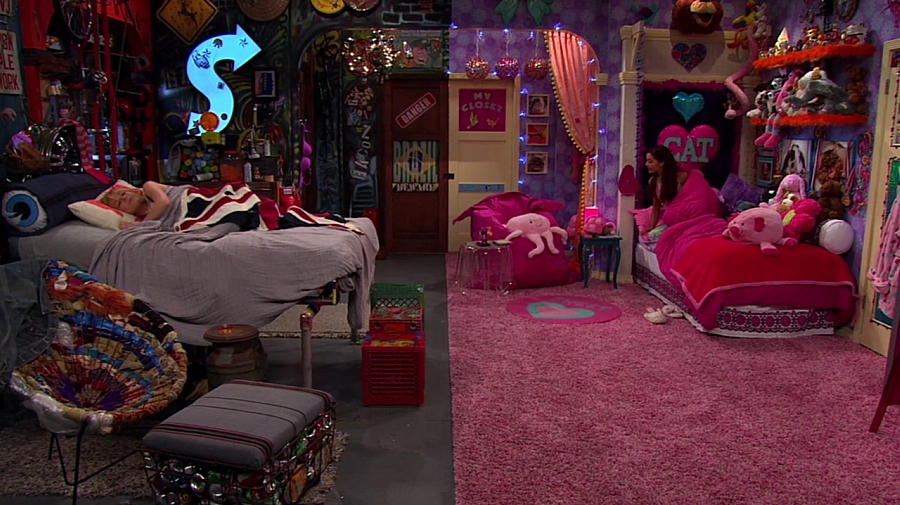 While each of the bedrooms in the Ross penthouse are enviable, we can't get enough of Luke's sports-themed room and, of course, his trampoline bed. For any sports fan out there this is the room of your dreams, with a floor that doubles as a court and embellishments like basketball hoop hanging lights. Ugh, Luke doesn't even appreciate how cool his room is. 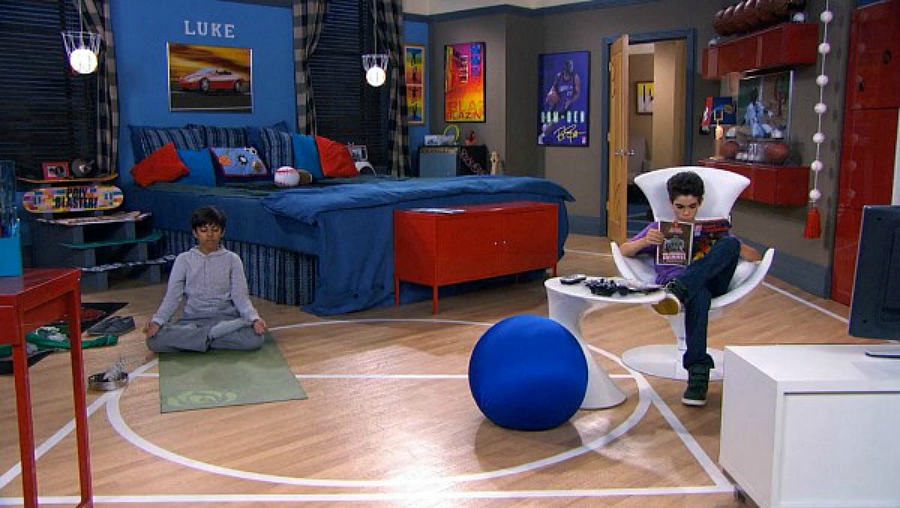 If you're feeling envious over these imagined bedrooms then you'll definitely feel lucky you'll never have to face THESE chill-worthy fictional teachers.