In 2016, Twelve South made headlines with a "New Mac"-scented candle, designed to simulate the scent of a fresh-out-of-the-box Apple computer.

We never got the chance to find out whether it really smelled like a brand-new laptop, but when we discovered they'd created a follow-up candle called "Inspire" we were eager to check it out. The folks at Twelve South were kind enough to send us one to smell for ourselves. 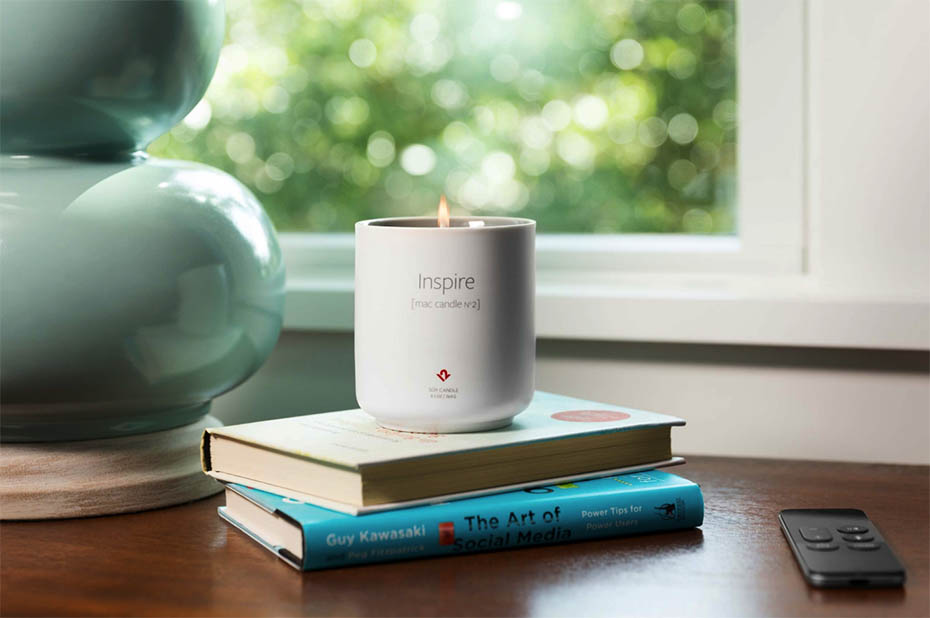 Instead of capturing a specific real-world scent, this new candle is infused with a fragrance designed to spark the imagination. According to a sticker on the bottom of the candle, it's "Inspired by those who continue to innovate, with scent notes to help clear the mind and stimulate creativity."

Our first impression of this "inspiring" aroma is that it smells like clean linen.  It's subtle and fresh, like laundry right out of the dryer. When lit, the candle also takes on light floral notes. Twelve South's website says it's scented with bergamot, armoise, amber, lemon, tarragon and musk. A whiff of the scent really does perk us up, but it's hard to say whether or not it's made us more creative. 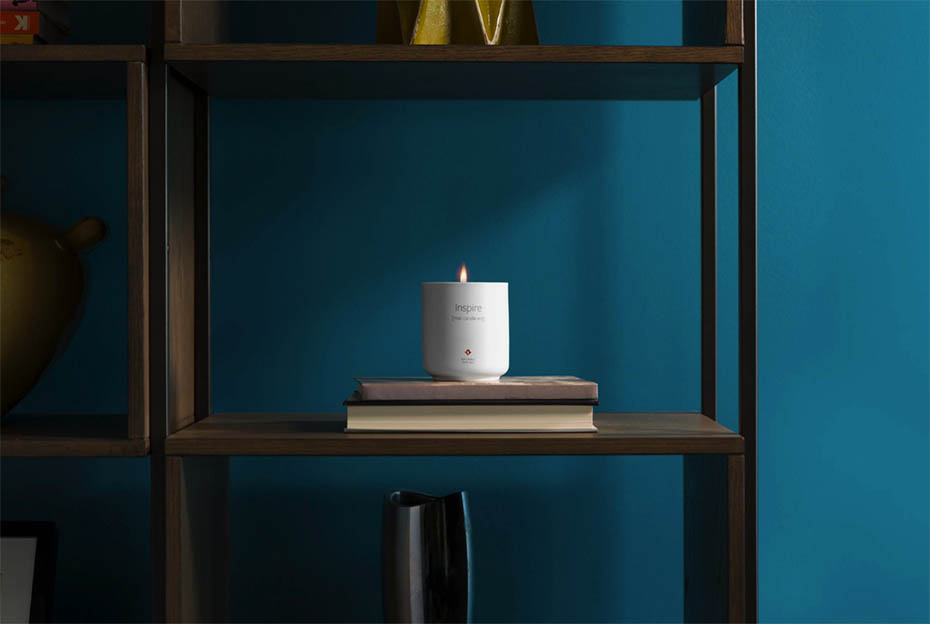 The candle comes in a pretty porcelain container with a sleek white matte finish, a rounded lid and a shiny grey finish inside. It's elegant and minimalist, and fits right in among your glistening Apple devices. The lid also works nicely for snuffing out the candle.

And since it's a soy candle, it burns slowly, meaning it'll last longer than standard candles. It'll also be less sooty, which pays off in the long run. It costs $29.99, which may be more than you're used to paying for one candle, but if you love the aesthetic and crave a crisp, clean smell, it just might be worth it. 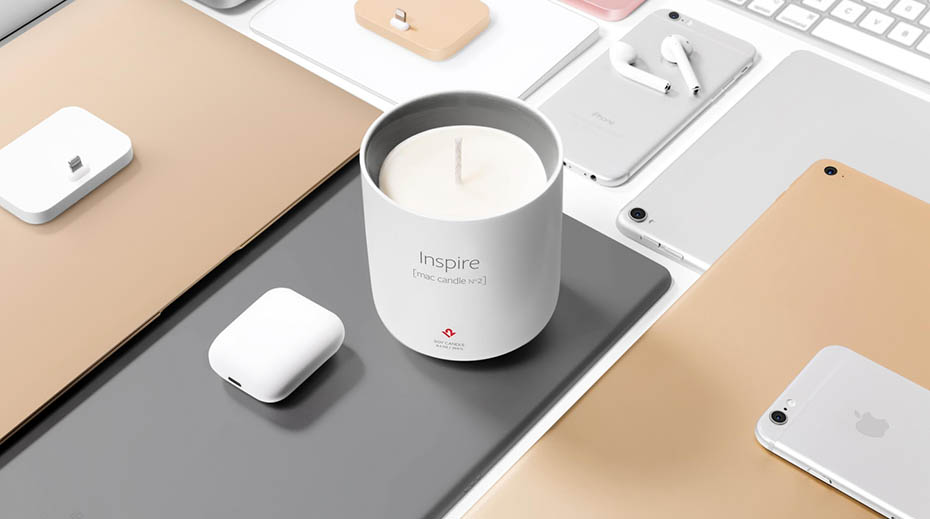 Are you a candle collector? Click HERE for six DIY fall candle tutorials that'll make your collection even better.