In This Essay, I'll Prove That Uncle Frank Is the Real Villain of Home Alone

Home Alone is one of my favorite holiday movies.

I watch it every year, multiple times a year, because I can't help but laugh as an 8-year-old child beats up two grown men. That's some solid holiday entertainment right there.

But in all my years of watching, there's one character who has never earned even a tiny moment of affection. Who, you ask, is the object of my undying disdain? Why, Uncle Frank, of course—aka the true villain of the entire series. 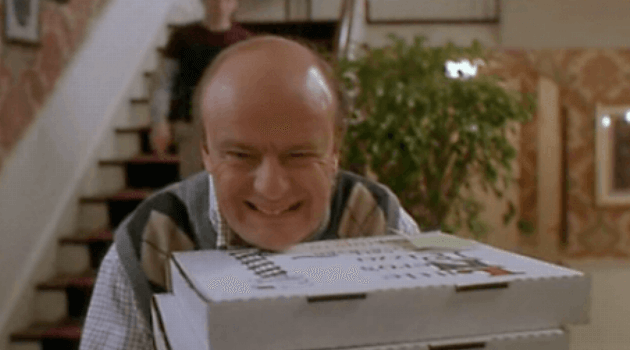 It's true, Uncle Frank didn't rob multiple houses and torment an 8-year-old child who was just trying to survive on his own, but he also didn't contribute the comedic relief or begrudging likability that Marv or Harry brought to the Home Alone films. In fact, Uncle Frank only existed to be a total jerk, making him the most horrible degenerate in the movie, and the only one truly worthy of a villain title.

Don't believe me? Keep scrolling, I have evidence.

Perhaps my most-hated line in the movie is Uncle Frank yelling "Look what you did, you little jerk" to Kevin. First of all, who yells that at an 8-year-old child? Second of all, Kevin simply spilled some milk, a very acceptable offense for a kid his age. He ruins a few slices of pizza, but considering they had ten boxes, I think everyone would have lived.

Instead of just letting it go and acting like an adult, Uncle Frank chooses to literally cry over spilled milk, berating his nephew for a simple mistake. Not only is it a deeply unlikable moment, it also proves that Uncle Frank, like most villains, is simply unempathetic and selfish at his core. 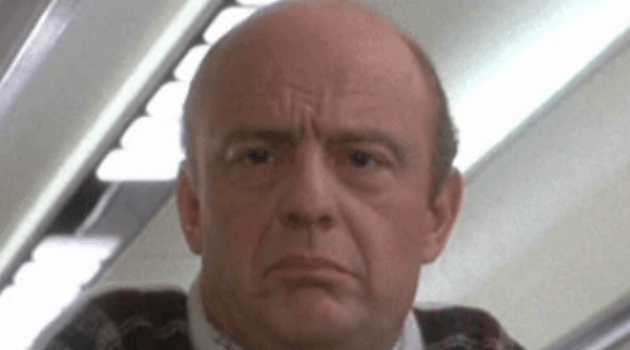 A common theme throughout the entire film is Uncle Frank's cheap nature. He happily tells everyone who can listen that his brother is paying for his family's flight to Paris. Let me tell you, a trip across the pond is expensive, and Uncle Frank has no qualms about letting his brother foot the bill for multiple tickets.

But apparently paying for an entire vacation isn't enough, as Uncle Frank still spends the rest of the movie avoiding paying for anything. He refuses to pay the pizza guy, even though his wife suggests that they pick up the bill. Now, being cheap is fine, but Uncle Frank's actions only serve to push the already chaotic household deeper into confusion. There are fifteen people running around, and Peter and Kate are struggling to keep their heads above water, pay the pizza guy and talk to some nosey cop. 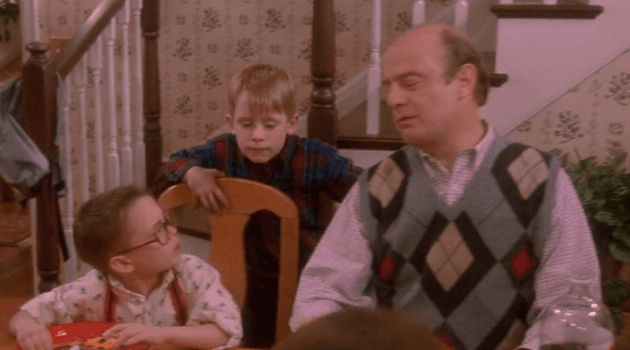 At the very start of the movie, Kevin walks into his parents' room, where he quickly tells his mother that he's not allowed to watch a movie the rest of the children are watching because Uncle Frank said he couldn't. Although it makes sense that a responsible authority figure would stop one of the younger children from viewing a film with adult content, given Uncle Frank's other actions in the film, it doesn't seem all that altruistic. In fact, it only serves to make Kevin feel excluded and ostracized from his family members during a time when everyone should be enjoying each other's company.

In addition, Kevin is particularly upset that he has to spend the night with Fuller because his younger cousin is known for wetting the bed. For some reason, not being peed on in the middle of the night is viewed as a ridiculous request, but that's another issue. I only mention this to point out that Uncle Frank is Fuller's dad, and he probably should have potty-trained his child. Terrible parenting, and another contribution to Kevin's justified frustration with his family.

My point is, in addition to Buzz, Uncle Frank is one of the primary reasons that Kevin feels upset with his family, causing him to lash out in anger. However, Buzz is a child as well, whereas Uncle Frank is a grown adult with all his mental faculties about him and a fully developed brain, who still decides to torment his young nephew for literally no reason.

If not for Uncle Frank's frustrating behavior, Kevin wouldn't have lashed out and would never have been sent to sleep on the third floor. Therefore, he would have woken up with his family the next morning, never been home alone and never had to put himself in danger by fighting off thieves. Everything comes right on back to Uncle Frank. Figures. 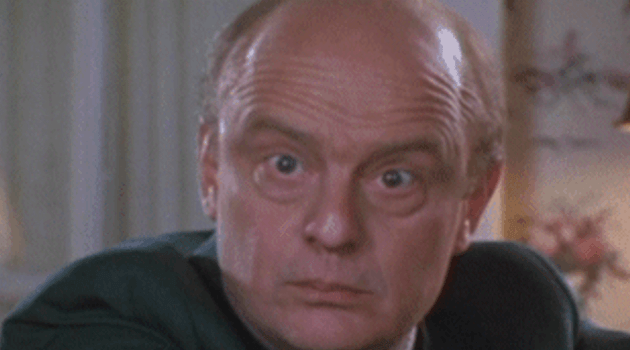 Basically, Uncle Frank proves time and time again through the film that he lacks empathy, or really any basic human emotion, and will selfishly put his own needs above anyone else's. In comparison, Marv and Harry, the supposed villains of the film, are burglars primarily because they don't seem to have any transferable skills. I'm not saying that a life of crime is the right choice, but you can at least understand their plight a little. In comparison, Uncle Frank is just wholly unlikable without any real justification or reasoning, firmly establishing him as the real villain of the movie, at least in my mind.

On the hunt for more festive content? Click HERE for five misconceptions about Christmas I gleaned from holiday movies.