Here's How This Gorgeous Unicorn Milkshake Is Actually Made

You probably thought you were done talking/thinking/dreaming about unicorn-inspired drinks now that Starbucks' Unicorn Frappuccino is no longer available… wrong. Very wrong.

Just because Starbucks' spin on the mystical creature has gone out the door does not mean we're done with the unicorn. In fact, we're just getting started.

Our friends over at Crème & Sugar in Anaheim, California—who were actually ahead of the curve when it came to spotting this viral trend—invited us into their store to make their infamous Unicorn Milkshake and their new Belle-inspired Milkshake. Amazing.

Scroll below to see what went down when these colorful drinks came to life with the help of Crème & Sugar's owner, Joanna.

As soon as I walked into the store for my milkshake-making day, I knew I was in for a colorful experience—their mural on their front wall gave that away. ???? 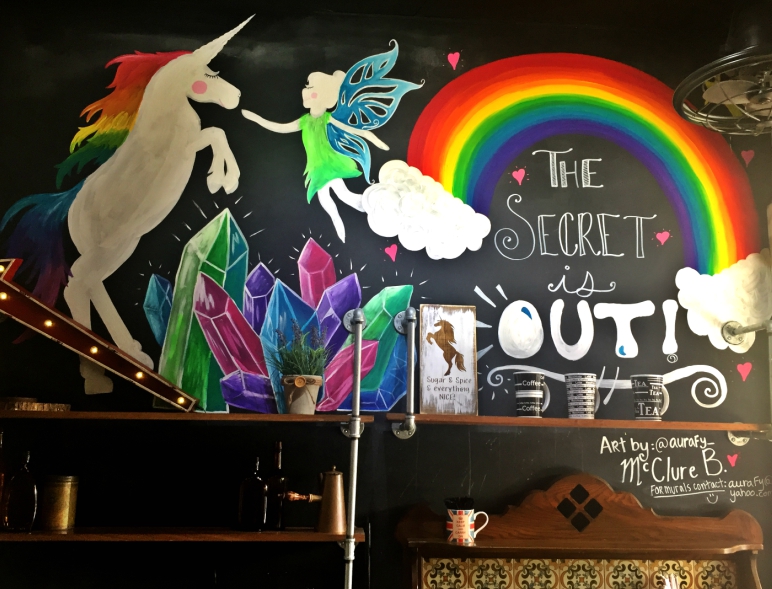 The owner, Joanna, greeted me and guided me into the kitchen and explained that I'd be able to assist her as she whipped up two of their most popular shakes.

I walked in knowing I was making the Unicorn Milkshake, but the Belle Shake was a complete surprise—I was very excited to say the least.

To start the process, Joanna prepped the adorable mason jar glasses that the shake itself would eventually go in, and then, we were ready to get shakin'. 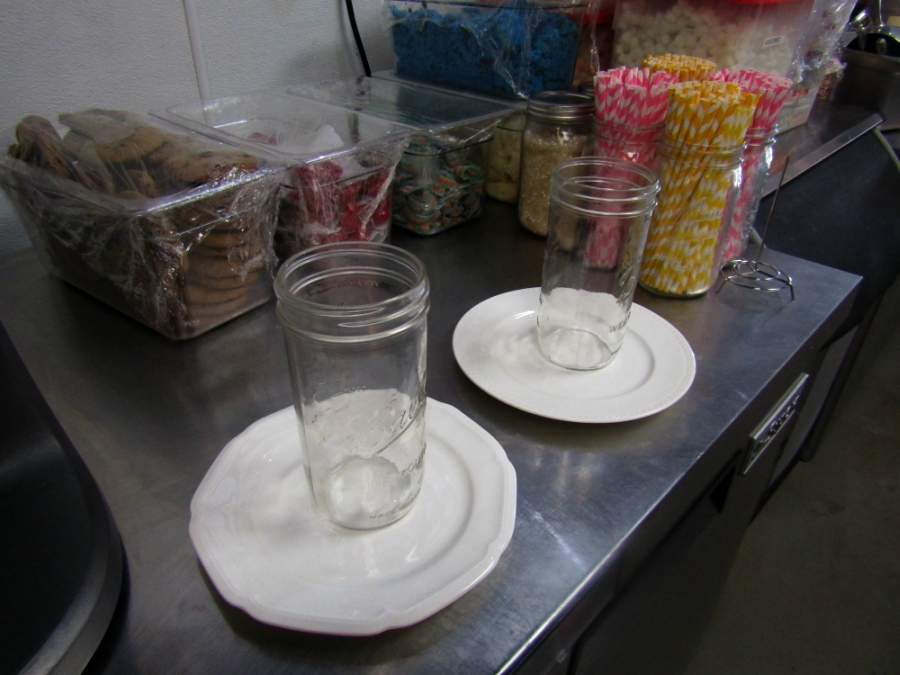 We started with a milk base and then scooped a generous amount of ice cream into each shake's mixing cup.

The Belle Shake got vanilla ice cream, while the Unicorn Shake got both vanilla and cotton candy ice cream.

The cool thing about the Unicorn Shake is that not one is the same hue. Why? Because the cotton candy ice cream is a marble color. Pretty unique in my opinion. 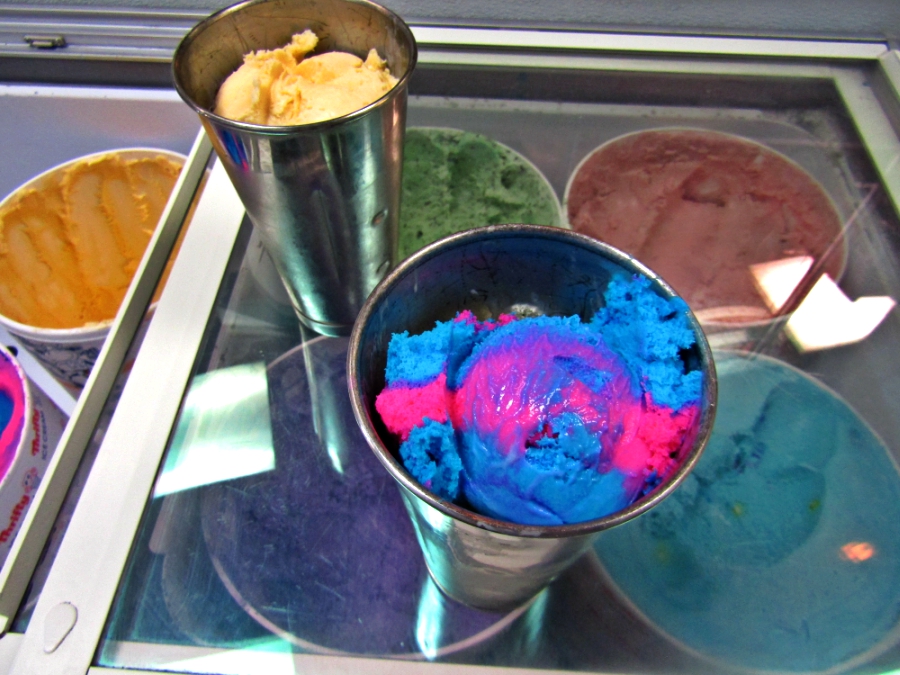 After adding a little yellow dye and vanilla cake (crazy, huh?!) into the Belle Shake we loaded these bad boys up into the spindle drink mixer and slowly stirred the two treats until they were smooth and absolutely gorgeous. 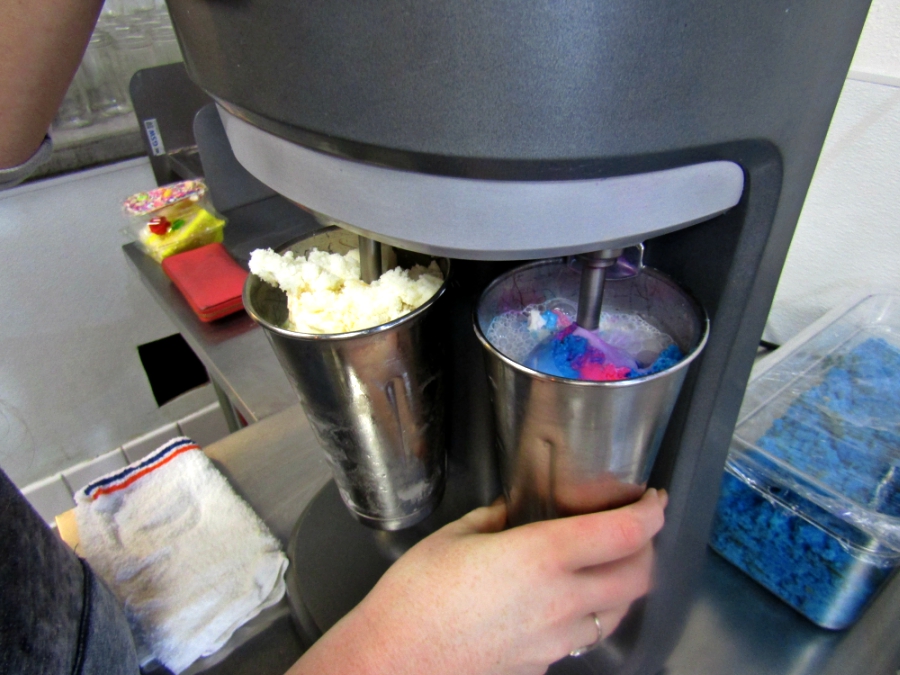 Here are the blended shakes in all of their glory: 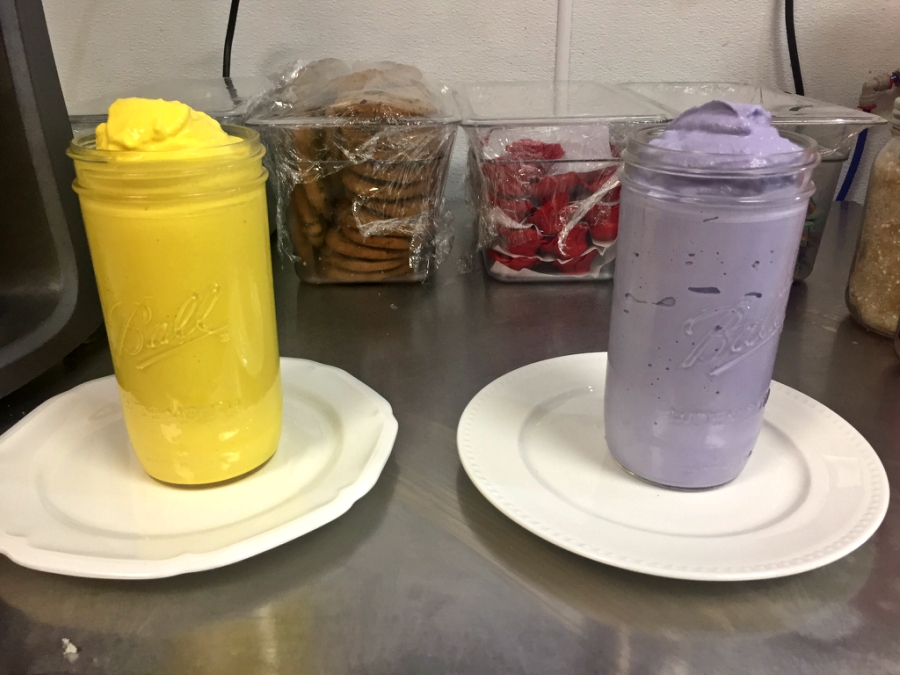 Now, the fun part. After topping both drinks with fresh whipped cream, Joanna picked out all of the toppings that would adorn each treat.

I watched in awe as she perfected the plating—it was seriously like watching a piece of art come to life.

On top of the Belle Shake, she added a sugarcoated rose, white and gold pearl sprinkles and a yellow straw to match.

And on top of the Unicorn Shake were high-piled rainbow sprinkles, marshmallows, a candy bracelet, a sour candy strip, a rainbow lollipop and rainbow bark on the side. So. Much. Sugar.

Ready for the final products? 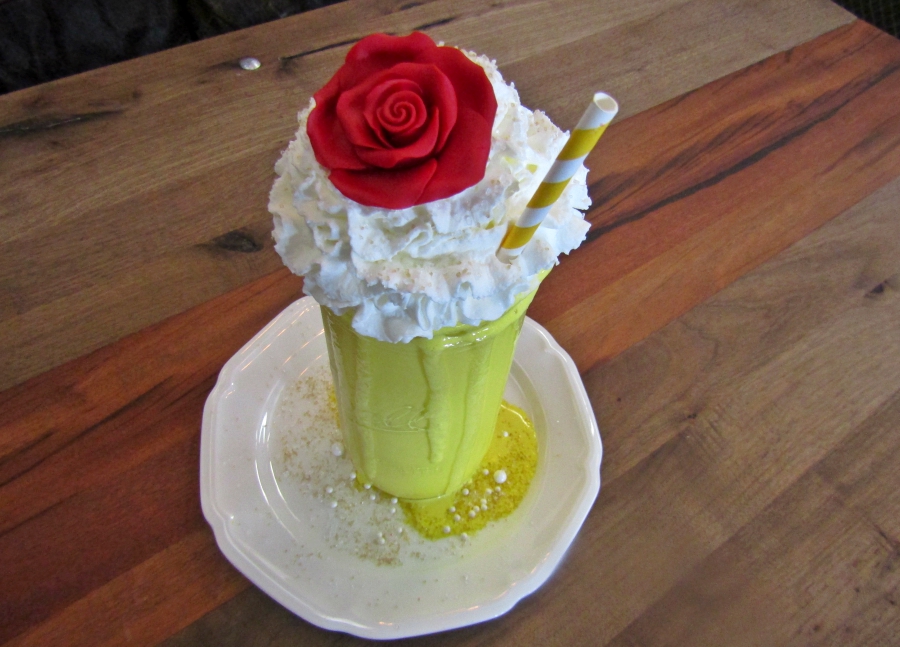 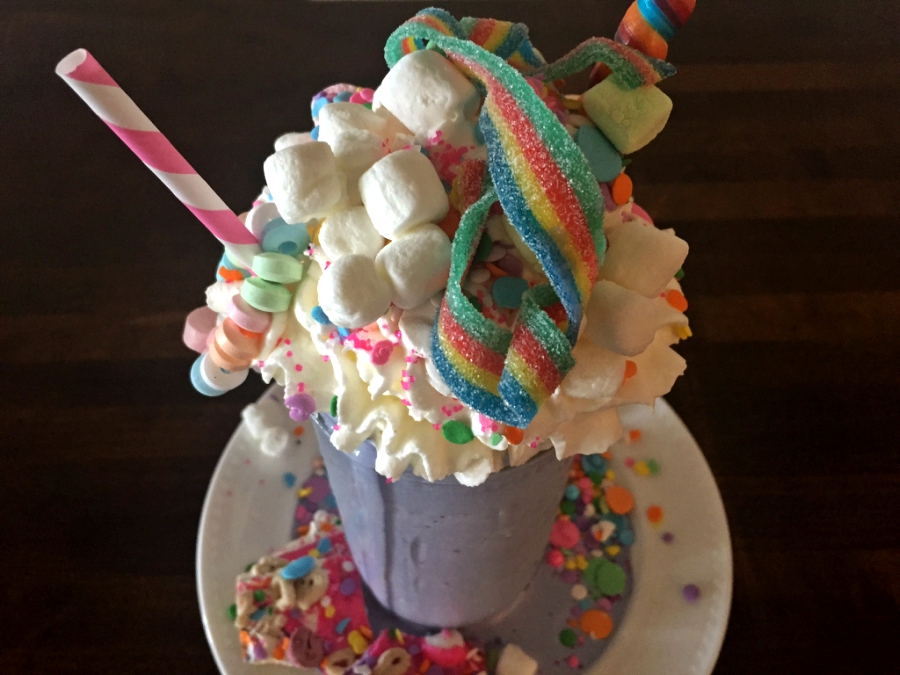 After making these shakes, I think it's safe to say that Unicorn-themed foods (and Disney princess anything) are not going out of style for a very very long time.

And who would want them to, anyway?

If you're in or near Anaheim, I highly recommend you check out Crème & Sugar and all their other Unicorn-themed creations. You won't be disappointed, but you may walk out in a sugar coma—I know I did! 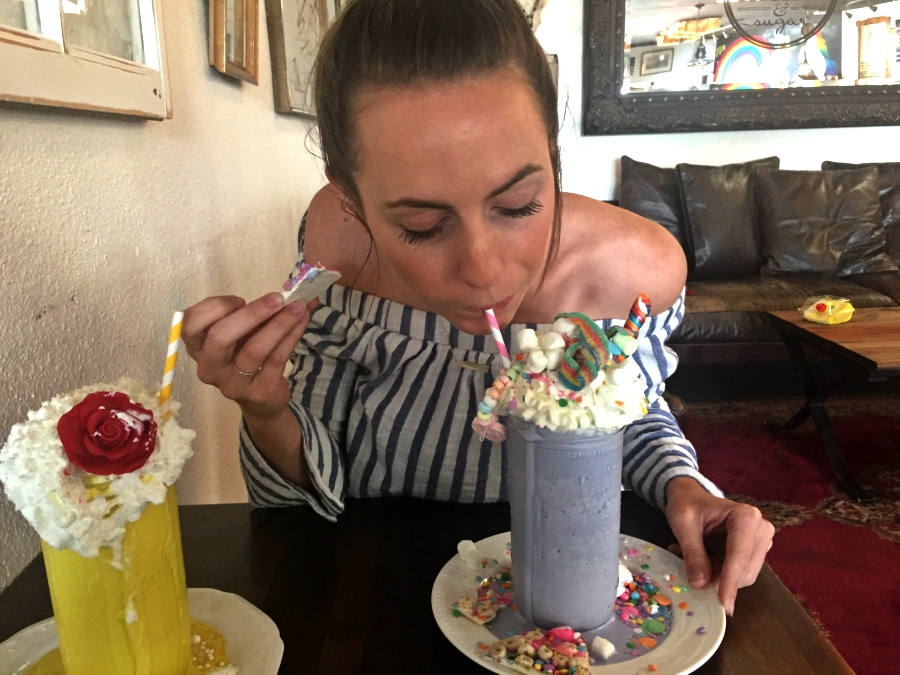 The Unicorn Milkshake isn't the only item we love at Crème & Sugar, read about the time I tried their Unicorn Hot Chocolate for the first time HERE!