8 Roller Coasters Across the U.S. to be Ridden by the Bravest of Souls

Adrenaline junkies of the world, start taking notes, because these are eight of the most intense coasters across the United States you absolutely must ride.

Fasten your seat belts and keep your arms, hands, feet and legs inside the post at all times while scrolling through this list.

Known for being the tallest and fastest coaster in North America, this ride doesn't mess around. It reaches a top speed of 128 mph in literally three seconds. Think you can handle it? There's only one way to find out…

Have you ever had the desire to be in two places at the same time? Riding Fury 325 will make that dream come true, seeing as you cross through both North and South Carolina while riding it. Definitely worth going on at least once in your life.

Down to be dropped at an 80 degree angle? That's a terrifying thought, but if you're looking for a thrill, that'll do you in.

Sure, going from 0 to 100 mph seems typical of any coaster, but there's a twist when it comes to this ride. You see, you get blasted 415 ft into the air backwards, causing you to feel weightless for six seconds. We're not shaking just thinking about it or anything.

At first glance, you'd think this is just your basic coaster, but boy would you be wrong. It's the first and only wooden coaster to feature a double barrel roll. Let's not forget it's also the only wood roller coaster to twist upside down three times. Absolutely insane!

Being given the title of no. 1 wooden coaster in the world is a huge weight on one's shoulders, but Boulder Dash doesn't crack under the pressure. But, like, how beautiful is that landscape the ride takes you through?

A coaster named after a Greek god? We're in. Fun fact: If you sit in the very last row, you'll constantly feel like you're about to fall out of your seat. All in a good way, of course! 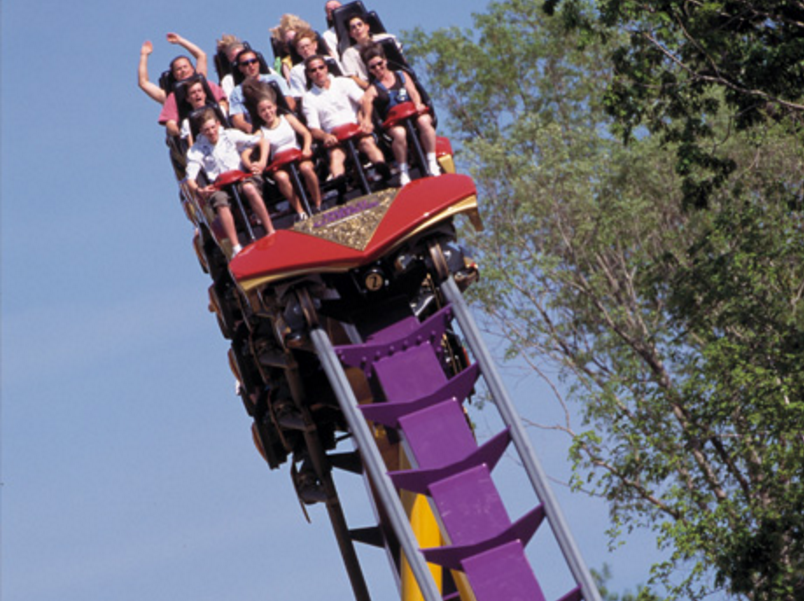 This coaster has a little extra kick, because its grand finale drop includes a little bit of water. Yep, after all the daring twists and turns, this ride cools you down by taking you through the splash zone.

While you're making your way across these states, you're going to need a place to catch some z's in between those adrenaline rushes. You should definitely book a night at one of THESE seven ridiculously cool hotels.