5 Unrealistic New Year's Expectations I Witnessed From TV and Movies

As 2018 draws to a close, everyone is likely finalizing their NYE plans. Whether you're heading out to party with your friends or you're planning to ring in the new year from the comfort of your couch, you've likely spent a few days obsessing over the details of your New Year's celebration.

At least, I know I have. And while I was trying to figure out what would best allow me to ring in 2019 without drama or stress, I realized something—every depiction of New Year's in TV shows and movies is just totally wrong.

The harsh truth is NYE is never going to be as perfect as you imagine it to be. And since I'm bitter about my own unrealistic expectations, I'm going to tell you everything TV shows and movies get wrong about New Year's.

First of all, why does every entertainment depiction of NYE include a massive party that everyone you care about just so happens to attend? I understand that parties are common on New Year's, but finding one you actually want to go to, much less one with all your close friends, is nearly impossible. You're either going to pay a ton of money to end up in a crowded and stuffy venue, commit to spending the evening on your BFF's couch with a handful of your closest pals, or just give up all together and spend NYE with your family. No matter what TV shows and movies would like you to believe, parties just aren't all that common for us regular ol' humans. 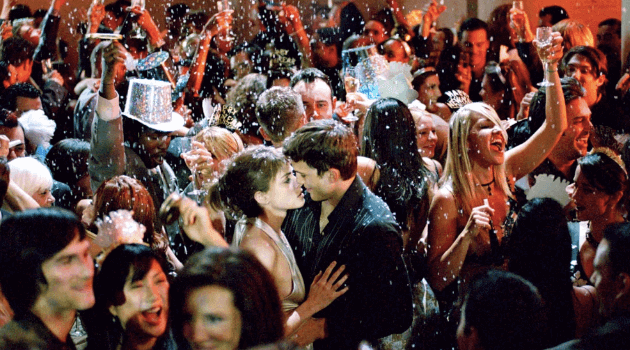 Not only do NYE scenes in TV shows and movies depict a massive party filled with everyone you care about, it always just so happens that the perfect amount of people are in attendance. The room is never overly full, allowing you to walk around with ease, but there are plenty of people in attendance to give it a real party atmosphere. Here in the real world, however, we all know that overcrowding is a real issue. Since NYE parties aren't that common, everyone shows up at the same few places, creating a hot and stuffy environment where you can barely breathe, much less move around. Beyond that, most of the time you don't even know half the people there, and the ones you do know are just about the last people you actually want to talk to. A crowded NYE party filled with people you hate—hm, I don't think I've ever seen that on screen.

Someone Always Swoops in for a Midnight Kiss

Ah, yet another annoying entertainment trope. No matter who you are, what you're doing, whether you're single or in a relationship, someone always swoops in for a New Year's kiss. And they are almost always super hot and exactly who you'd want to smooch at midnight. As much as I, and everyone else, would like this to be true, I think we can all agree that it's just not realistic. In fact, it's much more likely that you'll be standing alone while the ball drops, watching a bunch of happy couples kiss around you, just wishing for the moment to end. 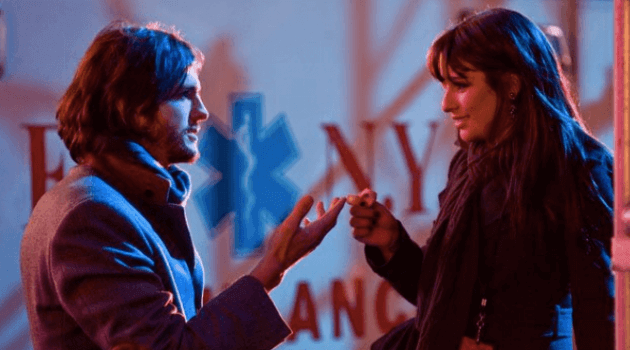 NYE movies and TV episodes love to suggest that you'll absolutely meet the love of your life on New Year's Eve. In fact, they'll probably be the person who swings in a gives you a kiss at midnight. Um, excuse me? When you have ever heard of someone meeting their OTP on New Year's Eve? The night is far too busy to actually get to know someone, and we've already covered how unrealistic the kiss is. Don't expect to fall in love this New Year's, I'm 99.9% sure you'll be disappointed.

All Your Problems Disappear at Midnight

For some odd reason, entertainment depictions of NYE really like to tout the idea that all your problems will disappear at midnight. Once that clock switches into the new year, everything that was bothering you will disappear and you'll be blessed with a clean slate to do better in the future. Well, sorry to break it to you, but you're definitely going to wake up on Jan. 1 with the exact same problems you had the night before. A new year isn't a fresh start—it's quite literally just a new date on the calendar. 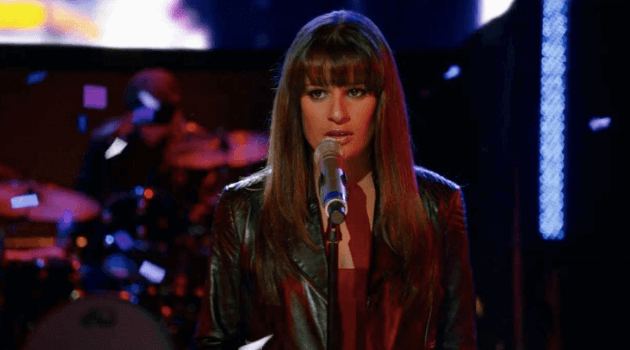