Even if you don't know Vanessa Marshall by name, you've definitely heard her voice if you're an animation fan.

Vanessa is the voice of Hera Syndulla in Star Wars Rebels, Mary Jane Watson in The Spectacular Spider-Man, and Gamora in Marvel's Guardians of the Galaxy, just to name a few. With more than 150 credits to her name, she's done video games, DC and Marvel cartoons and a lot more.

But how does one go from being a superhero fan to being the voice of iconic female superheroes? Vanessa Marshall gave us the scoop on how she discovered a career in voice acting, and shared some of her secrets to success.

Sweety High: How did you discover voice acting as a career?

Vanessa Marshall: Years ago, I met a voiceover agent who saw me perform sketch comedy at the Acme Comedy Theater in Los Angeles. She suggested that I come into her office to read a few pieces of voiceover copy, like an audition, and luckily she decided to sign me. I owe it all to her. I have taken a million classes since then, and I still do. There is always more to learn.

The most rewarding aspect of my job is bringing great stories to life. Whether it's a 30-second commercial or a 30-minute animated series, I get a thrill every time. I graduated from Princeton University as an English major, and I got a masters degree in acting from the NYU Tisch School of the Arts. I always knew I would be involved with the entertainment industry in some capacity, but I never imagined it would be in the world of voiceover. It's a unique area, and it has been a wild ride, but I have enjoyed every minute of it.

SH: As someone who's done a lot of voices for video games and superhero animation, do you consider yourself a fan outside of your professional life?

VM: I am a massive fangirl! I have always loved comics, and female superheroes have inspired me for years. I actually have an action figure collection in my "Star Wars room" at my house, and I wear mostly Star Wars clothing every day, so the fandom is just part of the very fabric of my life—in my home and on my body. My friends understand how sacred it is to me, and they are thrilled that I am now a part of the franchise, so it is pretty safe to say I am a huge fan. 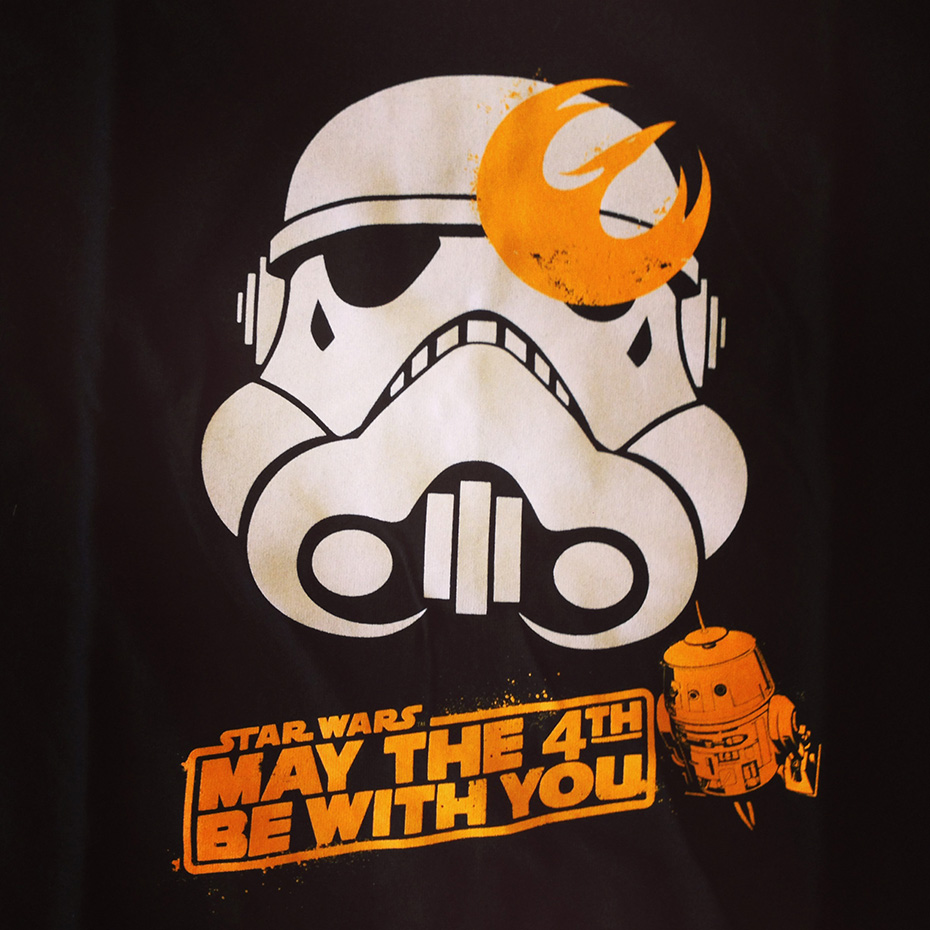 SH: What's your process for finding the right voice for the role?

VM: I usually do a lot of research on my own. I will ask questions of the director once I get to the gig, but I really love to dig deep and get all the history behind a character and go for it. I have tons of research books in my library to help me.

SH: Do you have a favorite character that you've voiced?

VM: I really enjoyed voicing Mary Jane in The Spectacular Spider-Man. Not only was it incredibly well-written, but Mary Jane's role in Peter Parker's evolution has always fascinated me. She truly helped him become the complex hero he was meant to be, and I was grateful to be able to explore that and bring her to life. 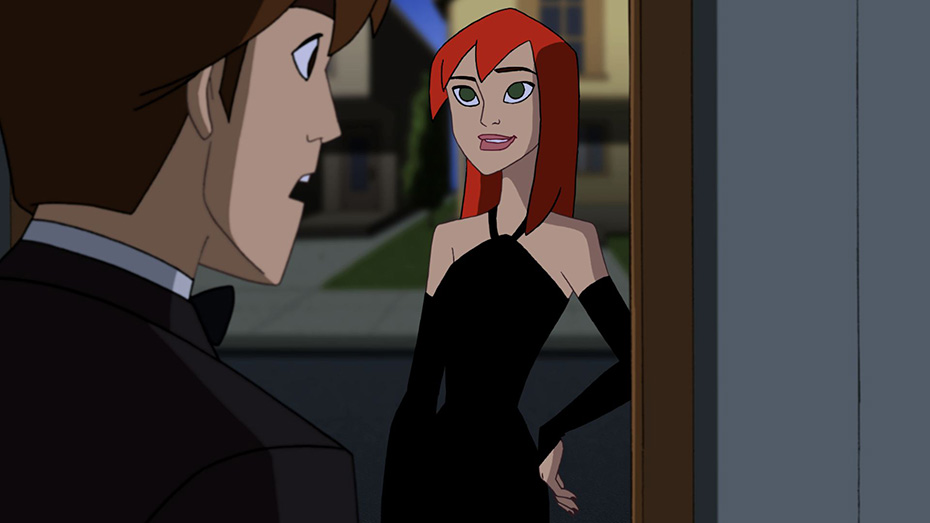 (The Spectacular Spider-Man via Marvel Studios)

SH: What does it mean to you to be the voice of so many strong female characters, like Hera, Gamora, Black Widow and lots more?

VM: I am honored to play so many strong female characters. I think it is important for young girls to have such powerful female role models. I have studied martial arts and tried to empower myself as a woman for years. I strive to be as brave, noble, and righteous as the incredible women I've been lucky enough to portray. I do my best! 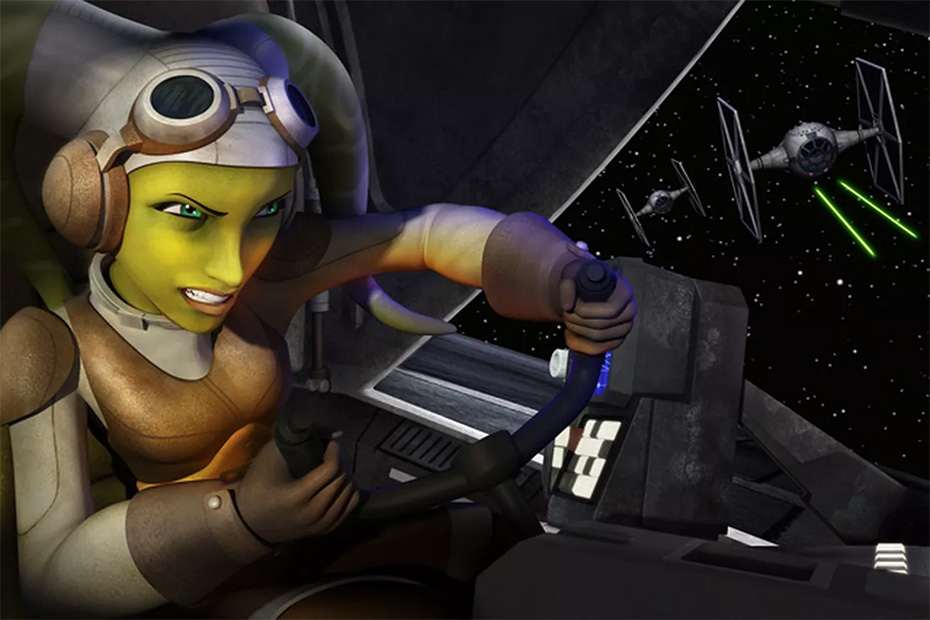 SH: What's the coolest or most memorable thing you've been able to do because of your job?

VM: May 4 is Star Wars Day, and in 2014, Disney hosted a spectacular event at the Children's Hospital Los Angeles. Cast members from Star Wars Rebels attended to meet with the children and sign autographs. The Southern California 501st infantry was there, and the kids got to dance with all the Star Wars characters. It was so moving to see the children so truly happy, while facing such terminal illnesses. I got to see how much joy the Star Wars saga can bring to everyone and I will never forget that day. 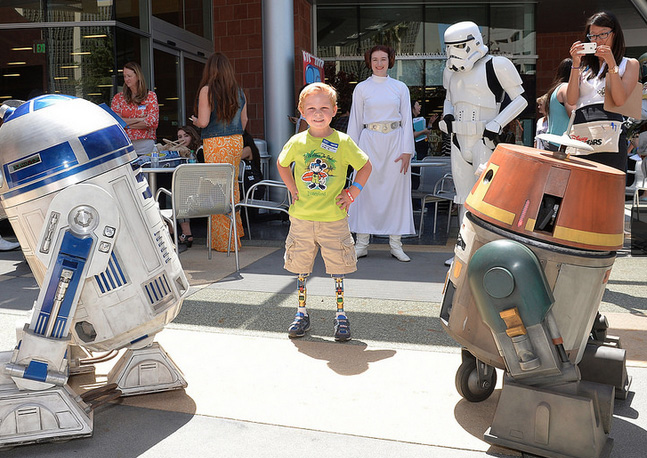 SH: What advice do you have for our young female readers who might want to get into voice acting?

VM: I would recommend taking voiceover classes—lots of them! I also send everyone who inquires about voice over to Dee Bradley Baker's voice acting website. It answers any questions you might have about the job.

I also suggest doing anything that helps you find your voice. Whether it is a hobby that brings you joy, or some kind of writing class, improv or standup comedy, these things can really help anyone relax in front of the microphone.

On the practical side, one has to create voiceover demos and acquire a voiceover agent, but it is a long process and can be tackled one day at a time.

The one thing I have learned is to not take any rejection personally. It is part of the game. I have tried to enjoy the process and to not judge the results. That is the best advice I can give to my past self—as well as anyone who is looking to pursue this craft. Ultimately it should be fun. I have tried to have as much fun along the way as possible with a healthy attitude in the face of the many ups and downs. Best of luck to you, and enjoy the journey!

For a different take on being a voice actor, click HERE to read our interview with Final Fantasy XV's Kari Wahlgren.