As a fried chicken-lover who's also conscious of my impact on the environment, I've tried a lot of plant-based chicken substitutes in the past.

One thing I've discovered is that all vegan chicken is not created equal. While some brands and restaurants make a pretty juicy, crunchy and tasty replacement for the original, others can be rubbery, bland or downright unpalatable. So, when the team behind VFC and their Vegan Fried Chick*n reached out to me and asked if I'd like to try the brand, I had to wonder whether they'd be a hit or a miss. As it turns out, VFC ticks all of the boxes. Keep reading to learn why.

VFC was created by Matthew Glover, the co-founder of Veganuary, and chef and restauranteur Adam Lyons, as a rebellion against an industry that's horrible for the planet as well as the chickens that are slaughtered in factory farms. Since launching in December of 2020, they've served enough Vegan Fried Chick*n  to spare the lives of more than 97k chickens—and counting!

Their Chick*n is made of wheat protein and wrapped in a Southern-fried corn flake coating for maximum deliciousness. It's 100% vegan, but packs the flavor and texture to satisfy any carnivore, while also being high in protein. At the moment, they offer Popcorn Chick*n, Chick*n Bites and Chick*n Filets in their Original Recipe, with prices ranging from $7.25 to $7.49 for each bag, depending on the vendor.

I started my Vegan Fried Chick*n experiment with the Popcorn Chick*n, and was pretty impressed with how they looked right out of the bag. Even frozen, I could see the crispy corn flake texture on every piece, and they didn't take long in the air fryer to come out hot and slightly sizzling.

And it really was love at first bite. The exterior was so crisp and flavorful, and the Chick*n part was delicious, too. It's not the exact flavor and texture of real chicken, but it's pretty darn close. I'd say the high coating to Chick*n ratio probably would make this one the most palatable to those who aren't sure about meat substitutes—and when you bring dipping sauces into the equation, you're not even going to notice the difference. 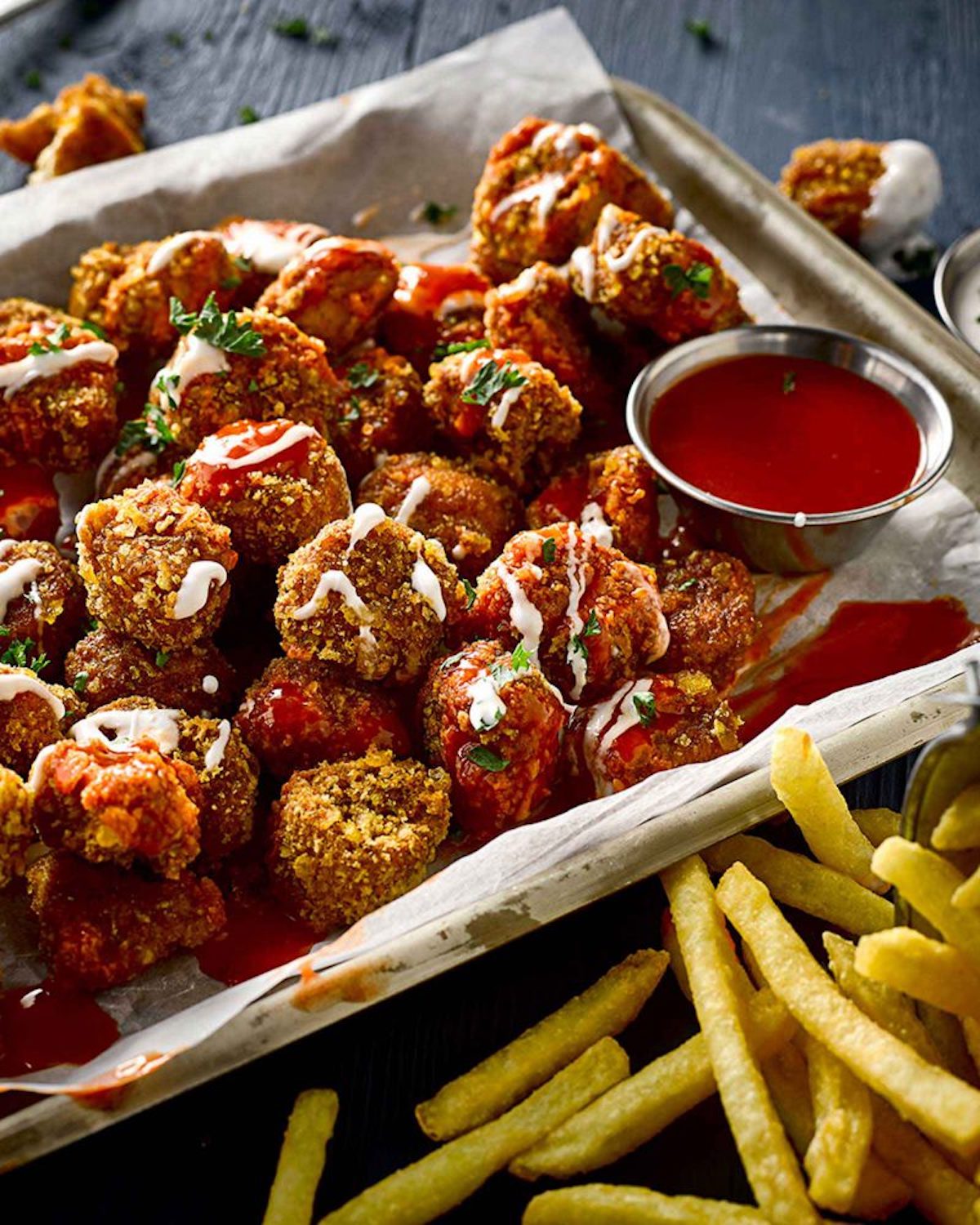 The Chick*n Bites were quite bigger than the Popcorn Chick*n, and took a bit longer to cook, but it was worth the wait because they were just as delicious. Again, the corn flake coating really makes this brand a winner, making every bite have a great texture. If you like more substance to your snacking, with a higher "meat" to exterior ratio, then these might just become your go-tos. Personally, I had mine on French toast with syrup and the flavor combination was divine. 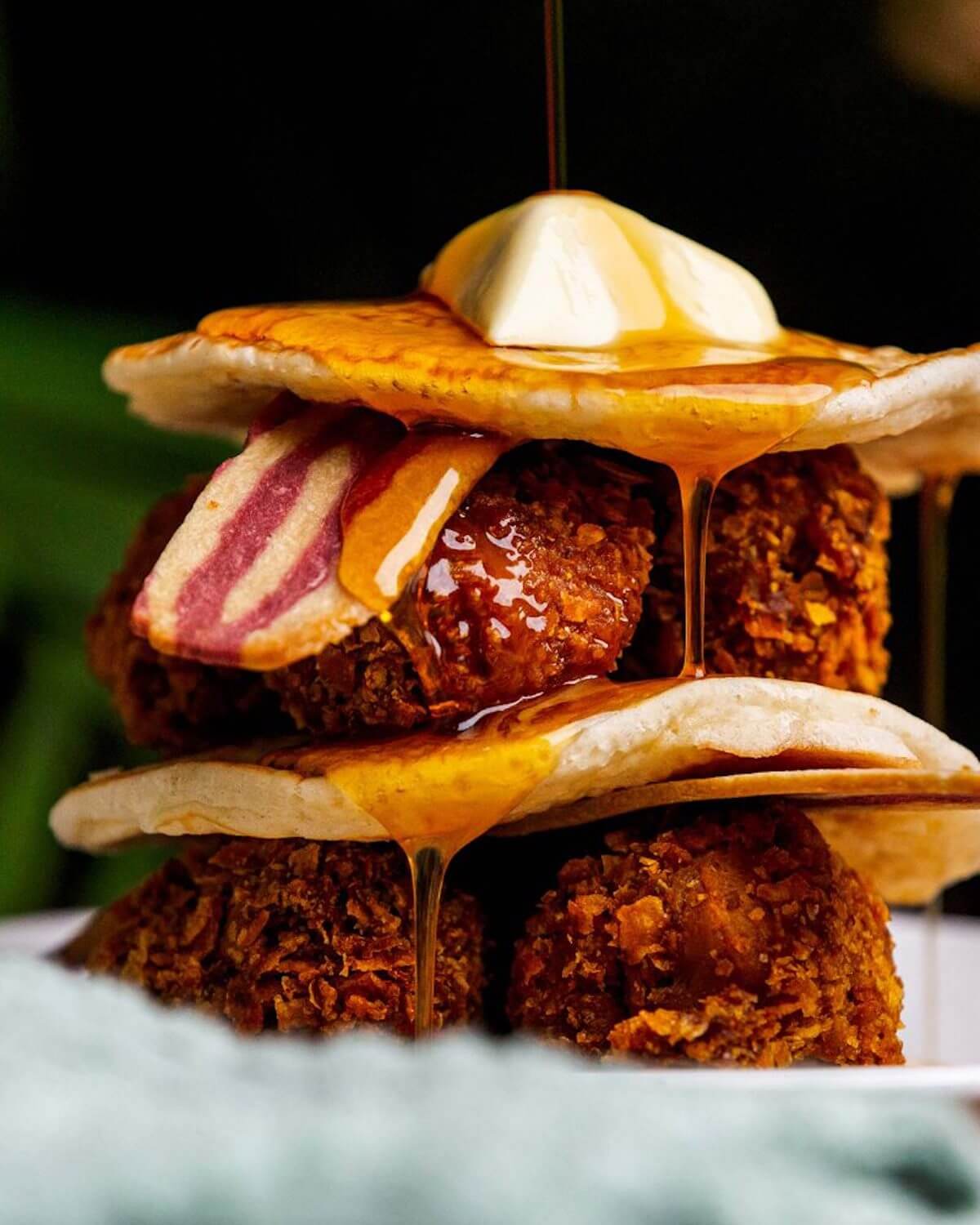 Last, but not least, were the Chick*n Filets, which seem custom-made for nice fried chicken sandwiches. I actually took a different route when I tried mine, serving it over a bed of pasta with marinara. I even melted some daiya cheese over the Chick*n Filet for the full chicken parmigiana effect. The result was incredible, with the flavor honestly being better than the last real chicken parmigiana I'd had—and the next time I get my hands on some VFC, I hope to do it all over again. 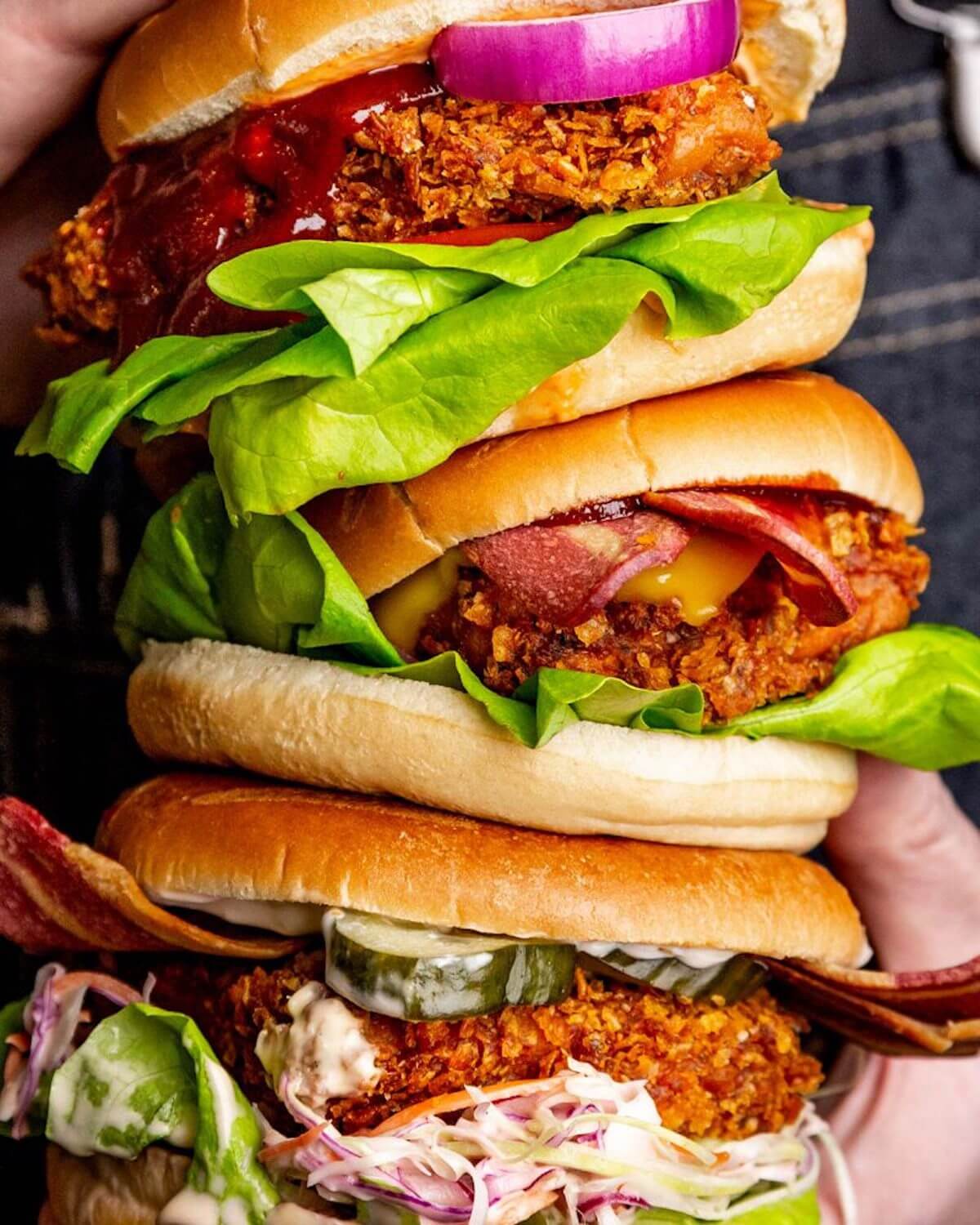 Whether you're vegan, want to go meatless on some days or are just a curious carnivore, I have to recommend VFC. Their vegan Chick*n truly is the closest I've had to the real thing, and at under $8 per frozen bag, they're barely more expensive than the frozen chicken options out there—and they're way better in taste and quality.

Curious about Veganuary? The month may be over, but HERE's why plant-based eating is here to stay.