What Is Vibrational Astrology? We Asked Astrologer Clarissa Dolphin to Find Out

Before we stumbled upon Sidereal Soul in Los Angeles, we hadn't even heard of Vibrational Astrology.

The concept sounded new and intriguing, and we just had to find out more. We reached out to Vibrational Astrologer Clarissa Dolphin to discover not only what our charts have to say about us, but also to get to the bottom of what Vibrational Astrology is all about. Here's what we discovered.

Clarissa Dolphin: In vibrational astrology, we look at literal vibrational currents. All of the charts we use are derived using basic mathematics. Every astrologer deals with a 360° chart, but according to the perspective of Vibrational Astrology, there's more than just the flat circle. There are dimensions within the circle that we can access by moving the circle faster. To do that, we multiply the positions of the planets by the number of harmonics we're trying to get at. Then, we move the planets to a new position in that specific harmonic.

It sounds technical because it is. We're using straight-up math and theoretical formulas to create harmonics. From my perspective, these are the dimensions behind a chart. If you know astrology, it's not actually that hard to wrap your head around. When you have oppositions in a chart (with the planets across the wheel from each other) that's the second harmonic. Trines are the third harmonic. Still, the only reason we're able to do V.A. is because the machines can do these calculations for us. It would take months to do a chart, versus the hour it takes now. 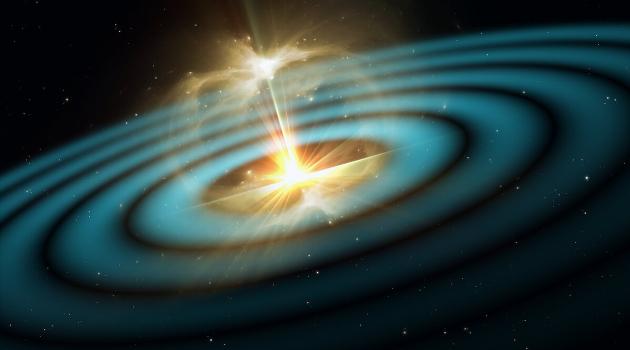 SH: Does everyone have the same harmonics, or do they vary from person to person?

CD: The number of harmonics vary for different people because everyone has different currents. There are six base harmonics—five, seven, eight, nine, 11 and 13—where everyone has a little bit of something going on. Interestingly enough, the harmonics are infinite, but for the purposes of us humans on earth, we're going to keep it to 360.

Vibrational Astrologers have really only figured out the meaning behind the first 32. Other members of the Vibrational Astrology research group and I have started to find out what high numbers mean, and we're using a prime modulus theory to do that. They are different for every person. We could go forever with harmonics if we wanted to, but we're not that advanced yet.

SH: What aspects of more traditional astrology carry over into Vibrational Astrology?

CD: We still do astrological forecasting like everyone else, but how Vibrational Astrologers do forecasting is a little different.  For example, no matter what kind of astrology you do, you'll see a Saturn return. But what I'm doing is looking at your harmonics for your Saturn return. That's when transiting Saturn enters the exact same point as at your time of birth. The certain point generates a certain vibration, so instead of just looking at the exact point, we're looking at the energy emanating from that point that can't be immediately seen. Another forecasting technique I use is solar arc.  It has a lot to do with the astronomical orientation of the chart, and the perspective derives from technique.

Every branch of astrology is a language of astrology, and there's a certain type of fluency we're doing that's more energetic, while a lot of other techniques are looking at things from an earth perspective. If you read astrology columns, they talk about psychology and how people grow up. It's very earth-centric. V.A. is not about earth. We recognize that the planets are orbs in the solar system. They're emitters. We also look at it from a perspective of physics. Instead of looking at them as flat, we know things are spinning in the universe. Spin and motion create new dimensions and gravity. They create a force. And yet, every natal chart is the first harmonic. V.A. is not different from basic astrology because the harmonics we're looking at are all in the first chart anyway.

SH: Are there zodiac signs in Vibrational Astrology?

CD: The zodiac actually doesn't change in Vibrational Astrology, but it's more of a computational force for us. In terms of interpretation, the signs are not important at all. They only become important in compatibility, and they're starting to look important in research I'm doing on the lunar nodes. But in terms of base analysis, I don't use zodiac signs because there is too much going on with the planets. Zodiac signs live in the psyche, so they do shape our psychological awareness, but that's not enough information for us as Vibrational Astrologers. Your sign might give a foggy general sense of a certain way you might think, but we don't believe it necessarily defines your behavior or your true personality.

SH: In the future, will it be possible to just plug your birthday into a website to find out all about your Vibrational Astrology chart?

CD: We're actively working on that. I use Sirius 3.0 software, created by David Cochrane, the founder of Vibrational Astrology. He and another of our colleagues, Linda Berry, create predictive software addons. There's a report you can generate to learn a little bit about yourself through the harmonics. That interpretation exists now, but it'll be a while before it's more widely available.

SH: Why does Vibrational Astrology matter?

CD: I wish that I'd had Vibrational Astrology when I was younger. My currents explain a lot of things about myself that I couldn't verbalize before, even though I knew they were there. It identifies very critical parts of yourself that can't be seen by the naked eye in the natal chart. It's a vital tool for coming to understand yourself and not struggling with who you are. People think they have to conform and go along with what everyone expects of them. It might give you insight into how you interact in social groups, or even tell you about your future occupation. It can tell you pretty much everything, and it tells you real stuff.

Don't know much about any kind of astrology? Click HERE for a list of 10 books you should read to learn the ins and outs of the practice.