Waluigi deserves his own big break.

Though the character has existed for 18 years, he's always been around in a supporting role, playing second-fiddle to Mario's long-time rival, Wario. For a moment, it seemed like 2018 would finally be the year that Waluigi got the respect he deserves, but it's now looking like that won't happen.

Firstly, the Mario Tennis Aces trailer featured a confident Waluigi we hadn't ever seen before. He had a new tennis outfit, a different haircut and a rose held firmly between his teeth, hinting at a new take on Waluigi. 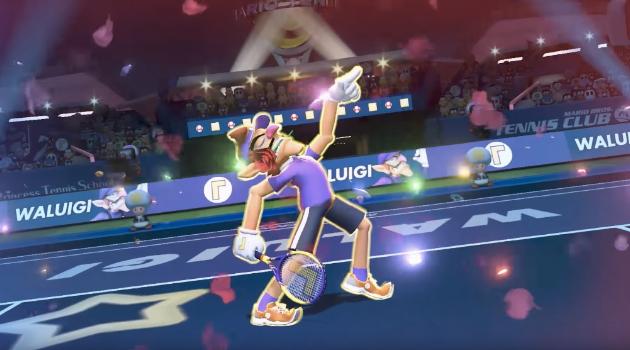 When Nintendo sent us a review code for the game to try for ourselves, we were eager to see how Waluigi's character might develop. The game features a story-driven "Adventure Mode," so we dug into that first to see what role Waluigi might play.

But, early on in this story, a sentient (and unspeakably evil) tennis racquet called Lucien possesses Luigi, Wario and Waluigi. He and Wario are easily corruptible, so they become the perfect vessel for this evil force, making Waluigi a main villain—but not of his own accord. 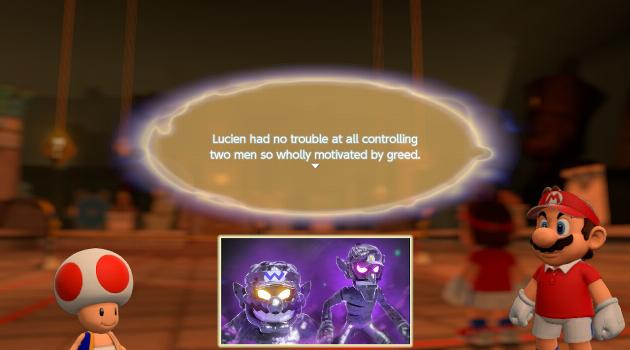 Only at the very end of the adventure is Waluigi freed of this mind control, and—unless you count his moonwalking trick shot or rose-clenching special shot—we don't get to learn anything new about who he is along the way. His personality is revealed through his movement, and though it's not much to go on, it's still more than we've gotten from him in the past. His lankiness makes him large but agile, and it's tough to deny that he's got style.

It'd be great to see this personality somewhere outside of a tennis game. While Waluigi was a shoe-in to be added to the roster for Super Smash Bros. Ultimate, which releases on the Nintendo Switch this December, he's notably missing. The game's slogan is "Everyone is here!" but that doesn't include poor Waluigi.

To add insult to injury, he's featured as an Assist Trophy in the game. That means that by picking up a special item, players can occasionally summon a computer-controlled Waluigi to help them battle. But this time around, Assist Trophies can be knocked out of the arena—and of course the creators of the game used perpetual punching bag Waluigi to show this new feature off. He just can't get a break. 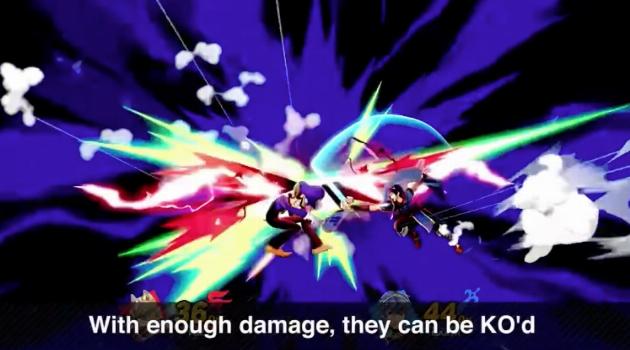 This comes nearly two decades after his 2000 introduction in Mario Tennis for the Nintendo 64. Back then, he was basically tacked onto the game because Wario needed a tennis partner and a character didn't exist yet that fit the bill. From there, Waluigi was developed as the Wario to Luigi—though Waluigi's naming isn't as basic as it sounds. It's not just a "wa" added to the beginning of Luigi's name, but a Japanese pun. In Japan, "warui" is a word meaning "bad," so Waluigi actually means "bad Luigi."

So far, Wario's had more than a dozen games of his own. He's had 2D platforming adventures, as well as his own brand of delightfully weird WarioWare titles, comprised of bizarre, quickfire minigames that totally suit Wario's odd brand.

But where's Waluigi's game? So far, he's only been a playable character in games with giant rosters. He's played tennis, golf, baseball, soccer and basketball, gone karting and Mario Partied, but only when there were a handful of other characters who could be picked first. Whenever a story is involved, Waluigi is positioned as an easily defeated obstacle to the heroes.

And though he doesn't appear in many games, his presence still looms. Mario can dress as Waluigi in Super Mario Odyssey, and both Mario and Luigi have Waluigi-inspired color palettes available in Super Smash Bros. titles. Would it be that hard to include him in a bigger way in these games? 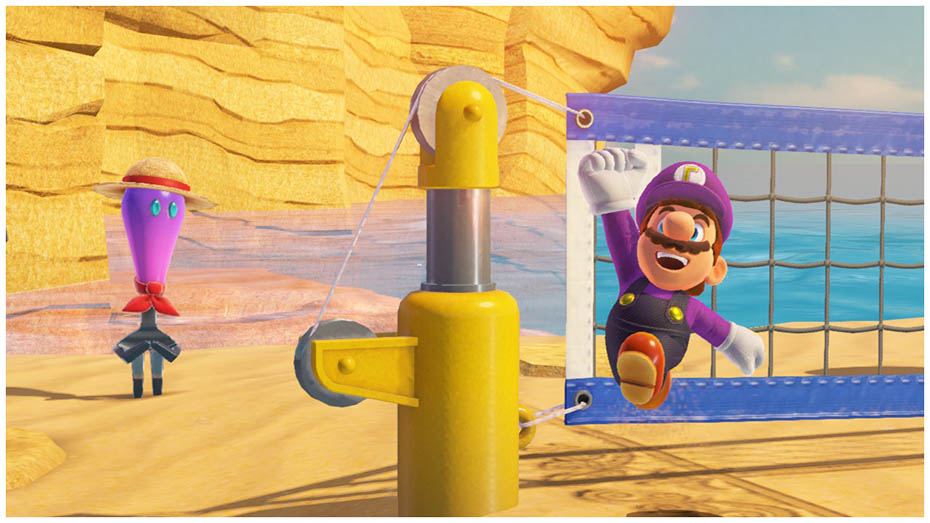 So far, we don't even have a sense of Waluigi's personality, since he's always overshadowed by Wario. We know that Wario is super greedy, but maybe Waluigi isn't. He seems to simply be along for the ride. All we know about him is that he's always dreamed of being as popular as Mario and Luigi—which we think could be a great premise for a Waluigi title. There's so much opportunity for Waluigi to finally shed Wario's shadow so we can finally find out what he's all about in his own game. We think it's just a matter of time before that'll happen. 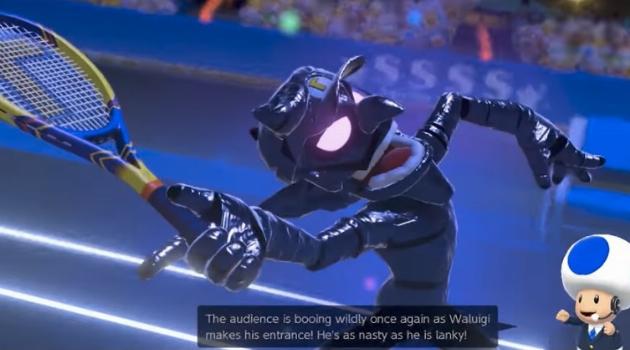 If you think Mario should don purple and grey overalls more often, click HERE for the definitive ranking of every costume from Super Mario Odyssey.