Growing up, my family drank Diet Coke like it was water. It definitely wasn't the healthiest of habits and set me up for a lifetime of craving sweet sodas at every meal.

Thankfully, I was able to move away from that habit over time, and while I'll still indulge in the occasional soda, I try to substitute in sparkling water when I'm craving something fizzy, and I'm always on the lookout for new, tasty options to add to my fridge. So, when I stumbled upon Wave Soda on Instagram, I was instantly intrigued.

The brand is all about creating better-for-you sodas in bold fruit flavors—plus a cola—and when I reached out to them, they were kind enough to send me all of their flavors to try. And after trying them all, I'm a big fan, and here's why:

Wave Soda has set out to create healthier alternatives to soda. Their main line, consisting of vibrant fruity flavors, has no sweeteners and no added sugar, flavored with real juice and with just 15 to 25 calories per can. They also have a cola, which is sweetened with real cane sugar and stevia, and has 40 calories per can.

These keto-friendly, kosher, gluten-free, vegan sodas also have no artificial colors, flavors or preservatives, and are even "politely caffeinated," with about 42 mg of coffee bean-derived caffeine per can. While 24-packs of both variety and single flavors are available for $31.32, a 12-pack of the cola is available for $18.99.

Cucumber might be the most unusual of Wave Soda's offerings, so it seemed like a great place to start my taste test. After a single sip, I was hooked. The crisp flavor of cucumber was cool and refreshing, with just enough sweetness to offset the tang of the carbonation, making it super easy to sip. I also found that the caffeination level was just right, and having one for lunch didn't make me too jittery or leave me wide awake come bedtime. 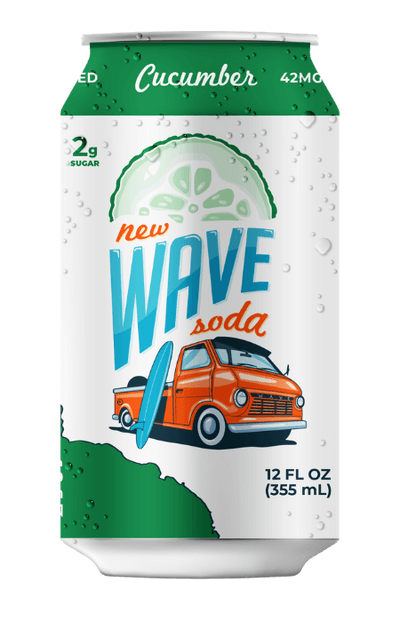 There's a good reason this fresh, fruity Blueberry flavor is currently sold out online. The bright flavor of blueberries really comes through in every sup, and pairs well with the bubbly water to make for a tart, yet slightly sweet, beverage. If you love blueberries, chances are that you'll fall hard for this flavor. 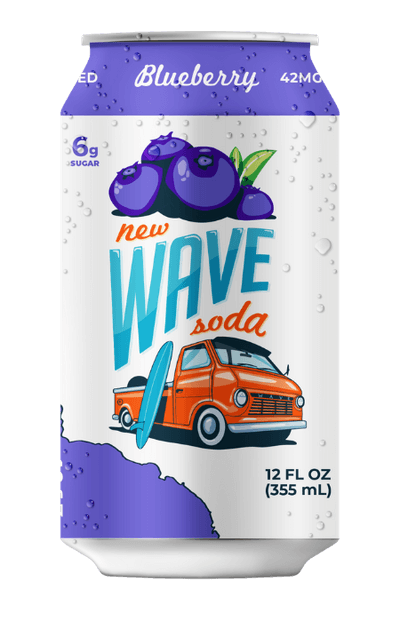 This grapefruit flavor probably won't be for everyone, but I'm a big fan. It's got a lot of citrus punch, without actually getting into bitter territory, and captures the taste of the fruit beautifully. If you don't like grapefruits because they're too sour for you, you probably won't love this soda. If you do, definitely give this flavor a try. 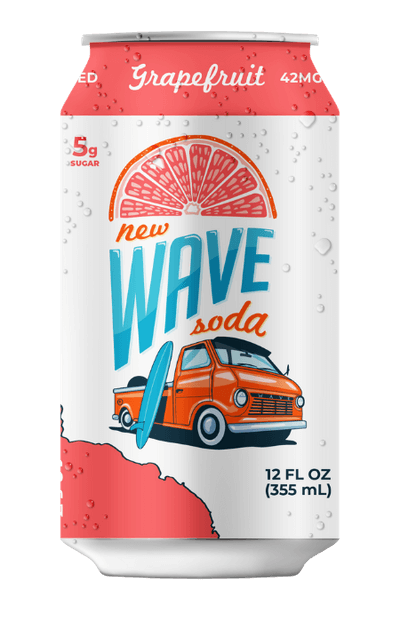 If you're curious about Wave Soda but can't deal with caffeine, try the Apple flavor, because it's the only caffeine-free variety! It's flavored with real apple juice, but isn't overly sweet, finding the middle ground between a seltzer and something like an apple cider. It's a little sweet, a little sour, and just the thing to enjoy, any time of day. 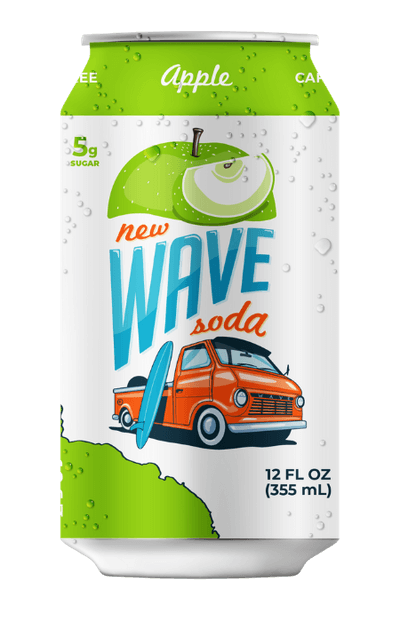 This flavor is seriously like biting into a freshly cut mango. The sweetness perfectly offsets the carbonation to create a ridiculously refreshing flavor evocative of the tropics, and it just gets better and better with each and every sip. If you're trying to cut down on sugary sodas for the first time, this is a great starter flavor. 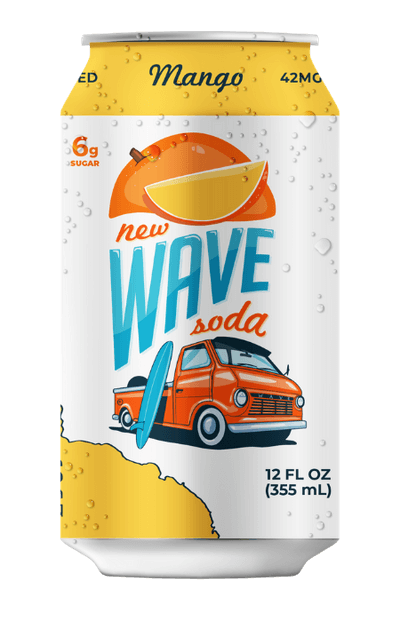 This Blackberry flavor is another one that I can see being a fan favorite thanks so the perfect blend of sweet and sour from the berry juice. This flavor really pops, and when I see all of the cans next to each other in the fridge, it's hard to resist the temptation of the bright, bold taste of a fresh blackberry. 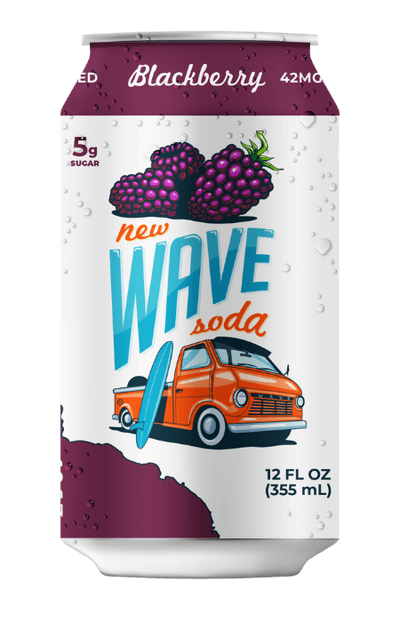 Last of the fruity flavors is the Tangerine, a must-try for all citrus lovers. If you can't get enough of orange soda, prepare to be obsessed with this tart, semi-sweet and lightly acidic citrus soda. It's super crisp and just sour enough to make you remember you're drinking real juice. 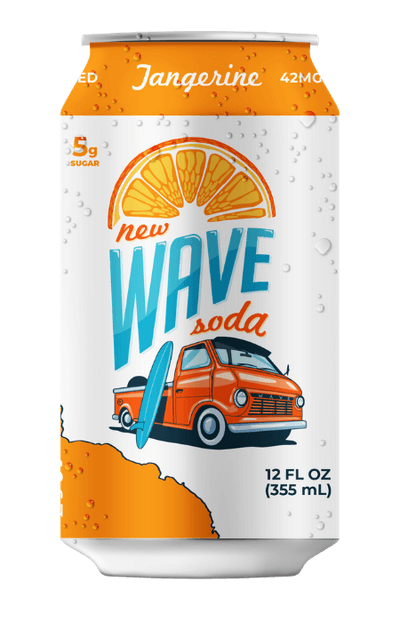 Last, but definitely not least, is the Cola, which is really what drew me to Wave Soda in the first place. Could an all-natural, sugar cane-sweetened cola really satisfy my tastebuds just like a traditional calorie-packed can would? After my first sip, I found that the answer was a resounding yes. This can has all of the bold cola flavor I've come to love over the years, and tastes even better when it's not over-sweetened and the sour notes are allowed to come through. If you love cola but are trying to cut down on calories, you have to see what Wave Soda can do. 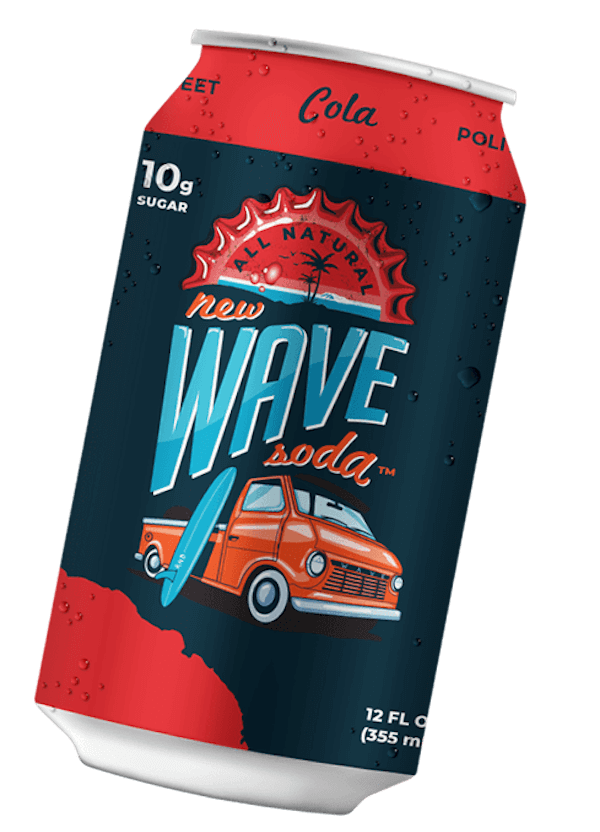 After trying all of Wave Soda's flavors, I have to say I'm slightly obsessed. The brand always manages to satisfy my soda cravings, without all of the excess sugar and calories, and with so much more flavor and fun than sparkling waters. They're also less expensive than a lot of the other alternative soda brands out there, making them worth the extra investment—and the fact that they're also lightly caffeinated makes them great for anyone in need of a pick-me-up.

Wish you could get your favorite soda flavors in seltzer form? Click HERE to read our review of Ugly Drinks.