The Effortlessly Hilarious Audrey Whitby Is Our #WCW

Audrey Whitby taught us what it really means to LOL on Disney Channel's So Random! and has kept the laughs coming with her role as Cherry on Nickelodeon's The Thundermans.

We've got a mad crush on this hilarious babe, and after chatting with her all about her life, our adoration has grown into a full-blown infatuation. Keep reading to uncover some uh-mazing revelations about our #WCW that you probably didn't know…until now. 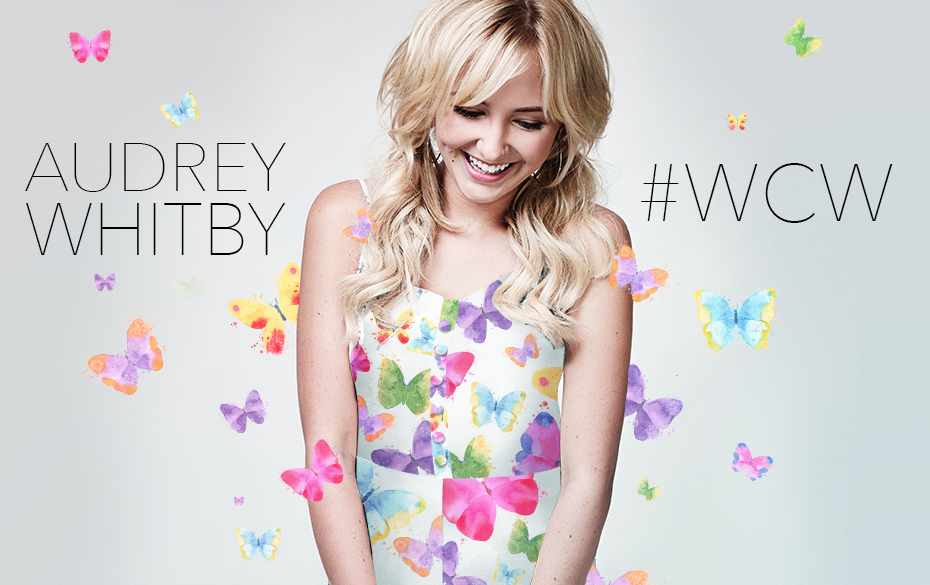 1. Audrey's fam calls her Budsey. Why, you may ask? "Because my mom's phone kept auto correcting Audrey," she told Sweety High.

2. She and her sister Maddy were basically kid moguls in Indiana. "I ran a highly profitable drink stand on the golf course behind my house," Audrey shared. "I sang for tips with my sister. [Our] most requested song [was] 'Yankee Doodle Dandee.' "

3. Audrey has been dating Joey Bragg, who she appropriately called "America's sweetheart," for three years now—AWW! These two just make our hearts melt.

"We spend our days locked in a room content inside a bubble, and in the night time we go out and scour the streets for trouble." – Alvvays (our favorite band and on stage directly behind us) ????????

4. Joey may be her soulmate, but Rice Krispies Treats have her heart. "I can eat [them] like it's a full-time job," she said.

6. Did you know she has a white ink tattoo of an arrow with her sister's initials on her right foot? We didn't either, until she told us that interesting tidbit. She also revealed to us that she got an arrow because she and her sister are huge fans of Kacey Musgraves, and Kacey's song "Follow Your Arrow" holds a special place in their hearts.

7. Audrey posts incredible covers on her YouTube channel. The most recent one she shared was nine months ago, so we definitely need a new one ASAP.

Audrey may be our woman crush, but do you know why her sweetheart Joey is our #MCM? Find out HERE.