KFC recently released its own hot-wing flavored lipstick, and as weird as that sounds, it's actually one of the less bizarre stunts they've pulled.

In fact, the brand has been ingenious at releasing unusual items that get everyone's attention in the last few years, combining their signature fried chicken with beauty trends and more to create stuff no one's ever seen.

Curious to find out the strangest? Keep scrolling to uncover them all.

KFC's latest unusual product comes in the form of a hot wing-flavored lipstick called Bucket Red No. 11. Its existence was announced on July 29, which happened to be National Lipstick Day and National Wing Day. The lipstick comes in a bold red shade, and is supposedly "WingProof," staying smudge-free even as you east the messiest of KFC's offerings. However, it won't be easy to obtain. Only 400 members of KFC's Colonel Club in the U.K. will be randomly selected to take home a tube. 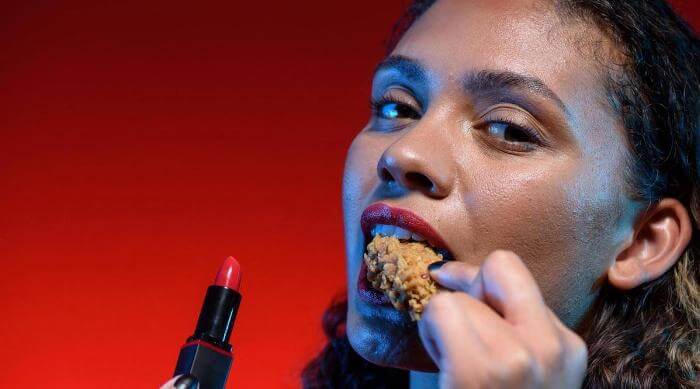 In 2016, KFC thought it would be a good idea to prevent its fans from getting "extra crispy" in the sun and released their own brand of KFC's Extra Crispy Sunscreen. The catch? The SPF 30 sunscreen also happened to have a fried chicken scent. They gave 3,000 bottles of the stuff away that year, and we can only guess what it really smelled like. 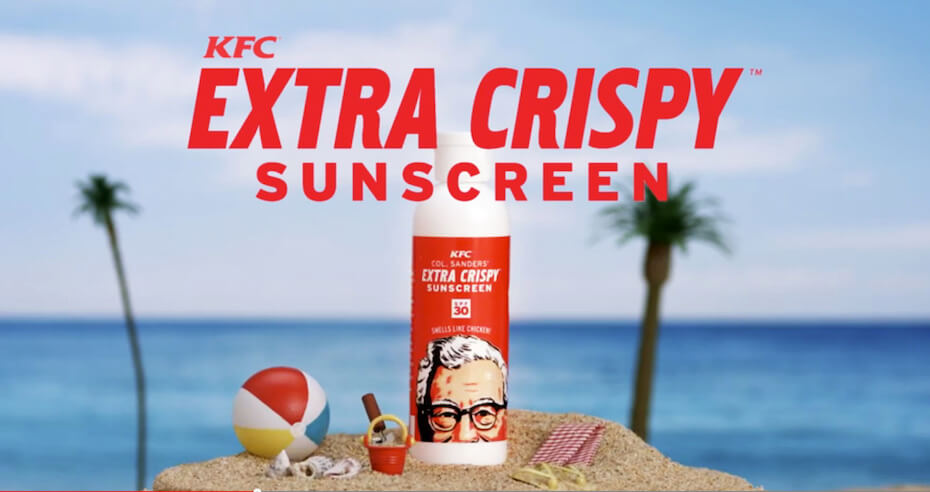 The bath bomb craze was something that KFC clearly couldn't ignore, and in 2017, the chain teamed up with Japanese retailer Village Vanguard to create a fried chicken-scented bath bomb. It was only available to 100 Japanese fans who won the item by lottery, and we're sure it made for quite the unusual spa experience. 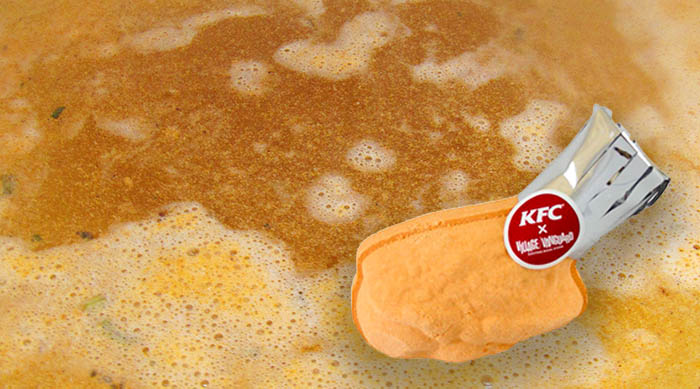 In 2016, KFC teamed up with spice brand McCormick to formulate the flavors for not just one, but two kinds of edible nail polish. The "It's Finger-Licking Good" polishes were created using natural ingredients and came in Original Recipe in a soft tangerine shade, as well as a Hot & Spicy flavor with an apt fiery red hue. Both had a sparkly finish. As far as we can tell, the "edible" part was less about peeling and eating strips of nail polish off your nails, and more about tasting your dried nail polish. Either way, it sounds pretty unsanitary, particularly in today's environment, and we're a bit relieved it was only widely available in Hong Kong. 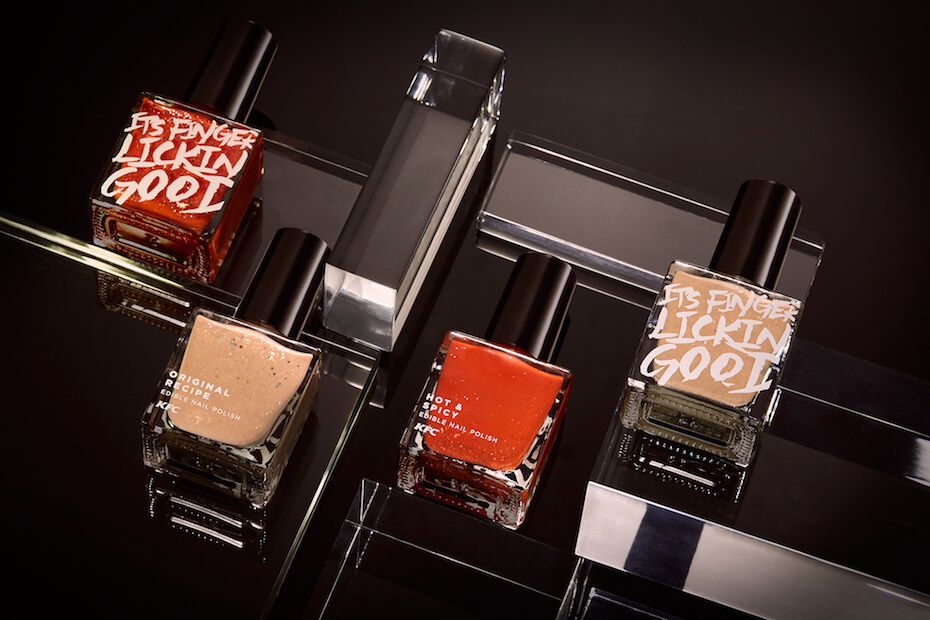 KFC New Zealand's chicken-flavored chocolate truffles top this list simply because they're something you're supposed to actually fully consume. In 2016 for a Mother's Day promotion, fans on the KFC NZ Facebook page who volunteered to participate were randomly selected to take home these bizarrely flavored truffles, available in two varieties. One was a milk chocolate truffle with a 23-carat gold leaf coating and a seasoning made with the Colonel's signature blend of eleven secret herbs and spices. The other was a dark chocolate truffle mixed with the company's hot and spicy marinade. They don't sound good exactly, but we wouldn't pass up on the opportunity to give them a taste.

Want to find out what happened when we tried to make our own KFC bath bomb? Click HERE to watch.