Sleep is a topic I've written about a lot in the past.

I've tried all kinds of sleep tonics, meditations and even various trackers to teach myself more about how I sleep, and though I've found that the best cure for insomnia is good old sleep hygiene, I'm still willing to try pretty much anything.

So when the folks behind the Wellue O2Ring  reached out and asked if I'd be willing to try a bedtime oxygen tracker, I was intrigued. Could poor breathing during sleep be the key to my restless sleep? I happily agreed to give it a try and see what I could discover about myself.

The Wellue O2Ring is a wearable oxygen, heart rate and motion tracker that's worn to bed to give the user insights into their sleep habits. According to the company, it makes medical-grade measurements using the same tech that's used in hospitals and clinics around the world.

The ring has a built-in vibration feature, so that the user can be gently woken if their oxygen levels dip during sleep, or if their heart rates get above or below a normal range. This can help them make adjustments, and detect issues such as snoring, sleep apnea, or asthma, which you might be unaware of if it only occurs during your sleep.

Further, the data collected by the ring syncs with the syncs with the free ViHealth app for iOS and Android, so you can view and gather all of your vitals in one place to compare and contrast different nights, and make some assessments based on your stats compared to how you feel. The ring sells for $179.

Before I could actually start using my O2Ring, I had to charge it. It came with a standard USB charging cable, and was easy to charge up by plugging into a port at the front of the ring. It charged in about three hours, and was ready to use before bedtime rolled around. 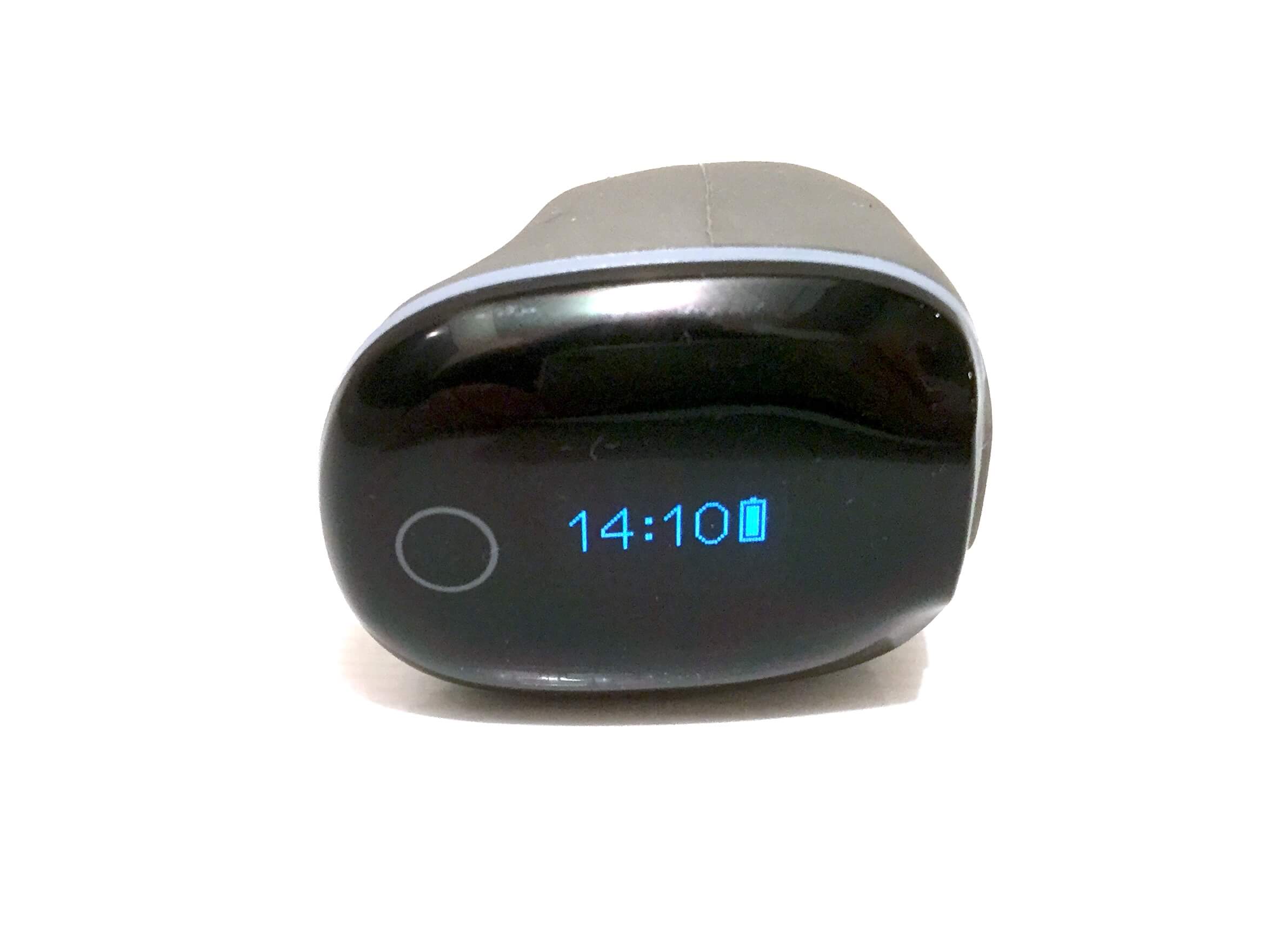 When that time came, I placed the ring on my left thumb, based on a recommendation included in the insturctions, and played around with it a bit. By pressing a button on the front of the ring, I could see not only my current oxygen level (typically hovering between 97% and 98% and my heart rate. Just before bed, it was at about 75 beats per minute. I was curious to see how these numbers would change throughout the course of the night.

The ring also put out a red glow around my thumb, which wasn't that noticable with the lights on, but became very apparent in the pitch black dark of my room when they went out. I found this slightly distracting, so I made sure to rest that hand under the blanket as I tried to sleep. While it took some getting used to wearing a large ring on my thumb, it wasn't too uncomfortable. I can typically get very fidgety at nightitme, but it wasn't enough of a nusiance to prevent me from eventually getting to bed. 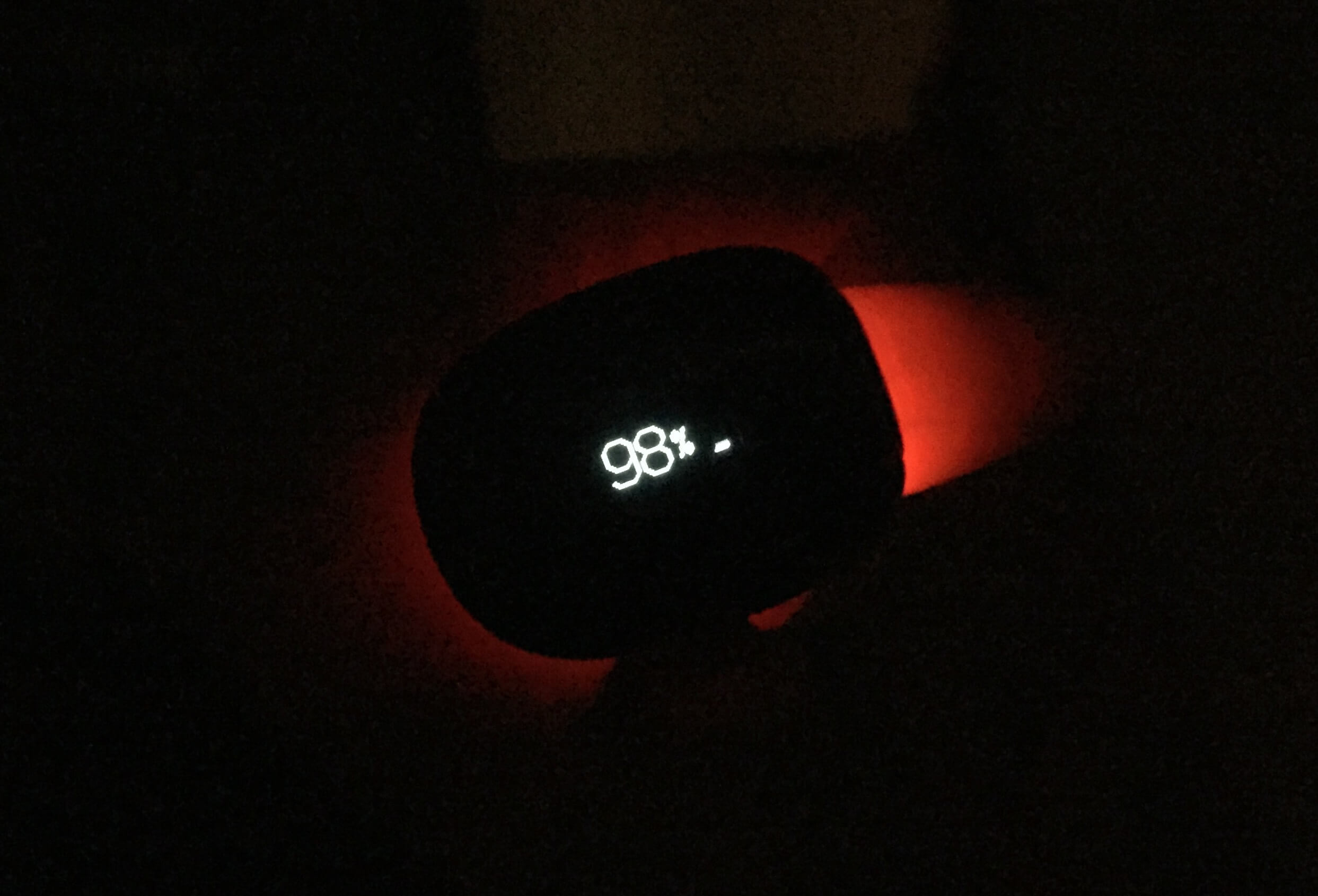 In the morning, I was very curious to see what kinds of insights it would have waiting for me. The top-level graph didn't say much at all. It rated my oxygen levels overnight as a 10.0 out of 10, and I'd had zero drops in my O2 levels. In fact, my levels never fell below 95%. 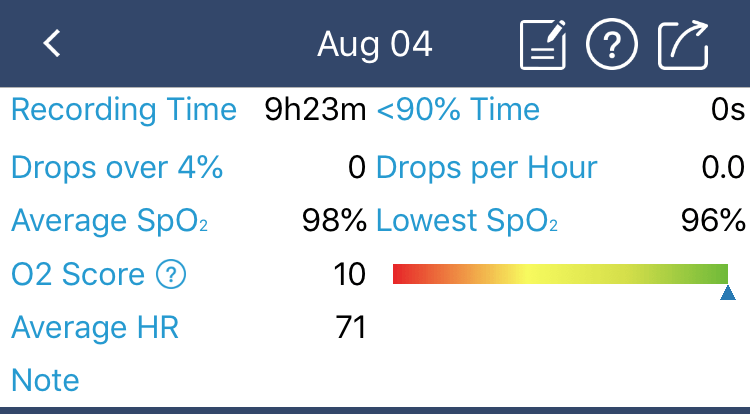 However, by clicking on the date of the recording, I was able to get a lot more interesting information for that first night. There, I was able to also see my average and lowest oxygen saturation (or SpO2), as well as my average heart rate. It also gave me a place to make notes, in case there was anything unusual about the night to skew my numbers. Mine had seemed pretty typical, so I opted out.

Even more interesting, though, were the charts of my oxygen aturation and heart rate. My oxygen barely fluctuated throughout the night, and definitely didn't have yellow-orange spikes connoting oxygen drops, like I'd seen on the O2Ring website. And while my heart rate did rise and fall during the night, the graph didn't seem like it was out of the ordinary to me. 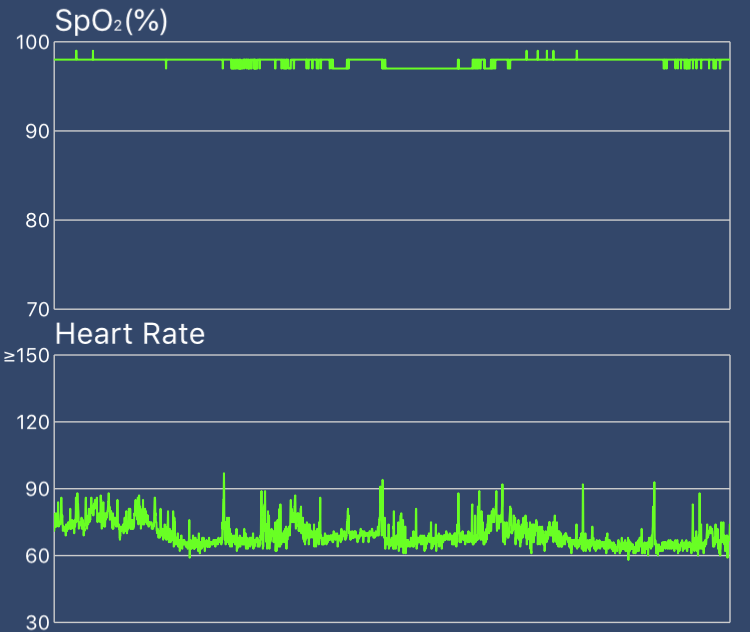 I was even more fascinated by the motion meter on my chart. I saw a number of spikes, there, but they were quite thin, spiking at certain points in the night before tapering off. I'd been diagnosed with Restless Leg Syndrome in a past sleep study. Was this symptomatic of that? Or was this normal nighttime movement? The app doesn't provide analysis, just data, so it wasn't really possible to know.

With the battery life of the ring listed at 12 to 16 hours, I wanted to put its capacity to the test the following night. Perhaps that wasn't the wisest decision, because I only got about five hours worth of data for the following night after getting nine the first, but it was a good test. Luckily, the ring saves its records, even if it the battery does deplete before the morning. In fact, it can save up to five records between being synced with the phone, which is a handy feature.

While that's not a terrible battery life, it does mean that if you get more than six or seven hours of sleep every night, you'll probably want to charge the right every day if you plan nightly use. That can be kind of a pain, and make it easy to forget to charge, which led to me skipping a number of nights over my month with O2Ring.

Again, I had no oxygen drops, and my O2 Score was 10. In fact, over my many nights using the ring, I continued to have zero drops and perfect O2 Scores. That was reassuring, as it's a sign that my breathing doesn't stop while I sleep. In fact, I've been told I only snore when I'm sick, so it was good to get a more technical opinion from this device. It also made me wonder if I would have a lower oxygen score if I were still in the big city, rather than in a home surrounded by woods and fresh air.

The ring has an adjustable vibration to wake the user if their O2 drops or their heart rate gets too high or too low. I turned it all the way up, not wanting to sleep through an event in case it did happen. However, I only triggered this one time during my use of the ring, and it was because my heart rate went above 120 beats per minute. I think I was overthinking before bed, causing my heartbeat to increease, but the reminder soon helped me get it back under control.

Overall, I get the feeling that I probably didn't need to use the O2Ring, as it told me that I was meeting all of the oxygen standards with flying colors. Still, it's been fun and insightful to use. Plus, if the opposite were true, and I did need to have my sleep oxygen levels looked at, that would be really valuable to know.

Whether you need something like the Wellue O2Ring depends a lot on your current situation. If you think you might snore or have a condition like sleep apnea, you'll probably want to talk about that with a doctor, but this could confirm your suspicions and give you some data to back it up.

The app also allows you to export and print out ozimetry reports, which potentially could be shared with a doctor and give them more information about what you need, and whether something like a sleep study would be right for you.

At $179, it's not the cheapest sleep gadget out there, and it might not be worth it unless you're concerned about how you're breathing in your sleep, or you're just really curious about your sleep stats. Even so, there's a lot to be learned from it, and I'm sure certain people will find it invaluable on their quest for better sleep.

Sleeping strangely lately? Click HERE to find out what to do if your sleep's been affected by the pandemic.