Super Mario 64 came into my life on the Nintendo 64 when I was 6 years old, and ever since, I've felt like it's been a small part of me.

As a kid, I'd watch my dad labor to track down all of the game's 120 stars. When it was my turn, my 6-year-old brain worked hard to grasp the fact that games even could exist in 3D, and acclimated to these new movements, and the camera, and its incredible new world. It took time, but soon, it became second nature.

And even as the technology got better and things got more advanced, I'd find myself coming back to it. I think I beat the game on my own for the first time when I was about 10, and from there, I'd return to the game every few years, knowing the location of every star like the lyrics to my favorite song.

I've nabbed all 120 on at least six different occasions, and have since gotten into watching impressive speedrunners flawlessly play the game under different rulesets, executing movements I could only dream of.

So when Nintendo generously gave me a key to check out the new Super Mario 3D All-Stars on the Nintendo Switch, featuring Super Mario Sunshine and Super Mario Galaxy in addition to Super Mario 64, I immediately wanted to relieve the classic, beating it thoroughly once again, and armed with new knowledge to make the process even faster.

Of course, this caught the attention of my husband, who's never touched the game. He was curious about the fabled 3D platformer, and I encouraged him to give it a try as I watched, mostly letting him roam free, but nudging him in the right direction from time to time. Here's everything I learned about Super Mario 64 by watching someone who's never played the game.

1. The Camera Really Is an Issue

I first touched Super Mario 64 almost 25 years ago, and at this point, that camera just makes sense to me in a way I can't explain. I know it's not fluid, or responsive, or even very good, but I know exactly how to make it work. A lot of this time, this means moving into areas you can't see to get the camera back to where it should be—which isn't a problem, because I know the maps by heart. I also cut it some slack, because this game basically invented camera angles for video games.

If you've never played the game, on the other hand, it's truly a mess. There are just too many tricky platforming sections and narrow walkways that are simply unmanageable when you can't get the camera to line up properly. Other times, the camera is unmovable, requiring the player to just deal with it as-is. Instead of surveying your surroundings, you really have run straight through them to see what's there. That's not too helpful when falling into a chasm means instant death. Seeing someone else struggle with the camera so much makes me wonder how I deal with it at all in the first place. 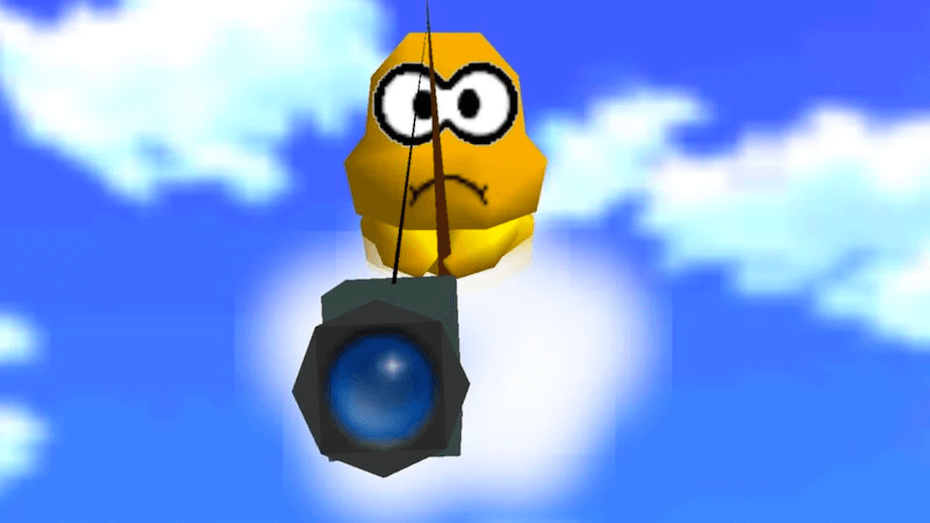 2. You Gotta Read the Signs

After all this time, I don't even notice the various readable signposts sprinkled throughout Peach's castle and the levels contained within. Similarly, I know the locations of the three Toads inside the castle who'll give you a star for talking to them, and I fully ignore the rest. But for new players, taking in the information that signs and Toads have to share is critical.

For example, signs posted in the courtyard tell players how to do all of the fancy jumping and flipping around that I take for granted, and the first Toad just inside of the castle tells you that paintings in rooms are entries to level—something else that's obvious to me today, but might not be if I were a new player. From mechanics to lore, you're going to have a hard time if you ignore the optional information to the player. 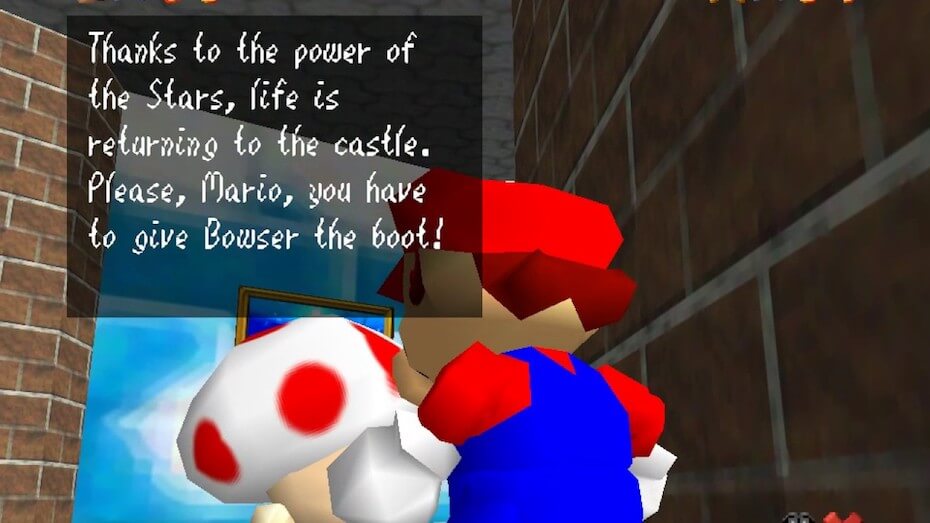 3. Some of the Objectives Are Super Cryptic

Just because I've had every one of the game's stars ingrained into my mind since I was 6 doesn't mean that everything you do in the game is super clear, and that being glaringly obvious as I watched my husband navigate for the first time. I was actually surprised that he located the secrets in Whomp's Fortress completely by accident.

How are you supposed to know that there's an owl in the tree next to the start of the level, when nothing else like that exists in the game? Or that there are corners of certain walls that can be blasted away with the help of the pink Bob-Omb's cannon? He'd ask, "What does this do?" and, not telling him would feel like I was keeping a big weird secret from him. We'd only just started the game, and I had to constantly resist telling him how to do everything and try to let him figure things out on his own.

4. Dang, These Levels Are Slippery

As a Mario 64 veteran, I know that basically any sloped surface is prone to be slippery, and therefore avoided. But since other platformers operate a little differently, this took my husband completely by surprise. Even the slightest incline would send him sliding, making him lose control for long periods of time. Sometimes he'd fall into bottomless pits, resulting in the loss of a life. Other times, his momentum would carry him way farther than expected after jumping, making Mario slide off a platform that would otherwise have been safe. More than once, he uttered, "I feel like I'm always on ice," and though I'm used to this, I now see how this could be frustrating.

5. Blue Coins Are Far Too Tempting

Blue coins are Mario 64's most valuable currency, and that didn't escape my husband. However, I saw that any time he'd knock a blue coin out of an enemy, such as a piranha plant, he'd go after it, even if doing so was detrimental to his progress. Technically, he rarely needed the blue coin, as he never went after the 100-coin stars, or was low enough on health to need the refill. Still, he'd drop down from his place to go nab it. 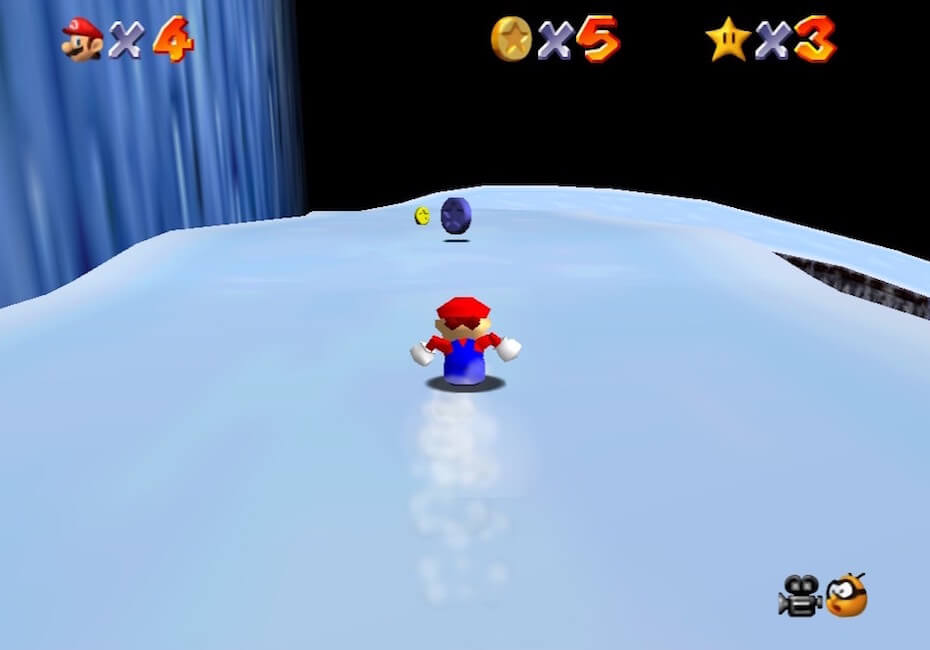 6. At the Same Time, Collecting 100 Coins Isn't for Everyone

For me, collecting 100 coins in each world is the ultimate challenge, showcasing a mastery and knowledge of the area, and the ability to navigate throughout without dying while prioritizing the high-prize areas. That's my definition of fun. But my husband thought that sounded like a big drag (despite his love for those blue coins). While he wanted to put his skills to the test to grab the six main stars of each area we entered, and he absolutely had the ability to do it, he opted to skip the 100-coin star every time.

Because navigating narrow platforms and slippery slopes can be so treacherous, I saw my husband employ a technique I hadn't previously considered—crawling across areas for slow, precise movements. By crouching and then moving, Mario can crawl on the ground, giving the player more control, and the ability to scale certain angled floors, with ease. Of course, it is slow, but when you're scared of falling and losing the progress you've made, it's a nice safety net to fall into.

8.Even So, the Movement Is Truly Fast, Fluid and Fun

Despite all of the challenges my husband has had with the game so far, above all, he does love Mario's fluent movements. I think he had the most fun when I explained the game's different jumps to him, and he just practiced triple-jumping, side-somersaulting, backflipping and long-jumping in the big courtyard in front of Peach's castle. Despite the camera, he loves the feeling of the movement itself, and he wants to get better. And though we're still only at the start of the game, I don't think it'll be long before he gets there. 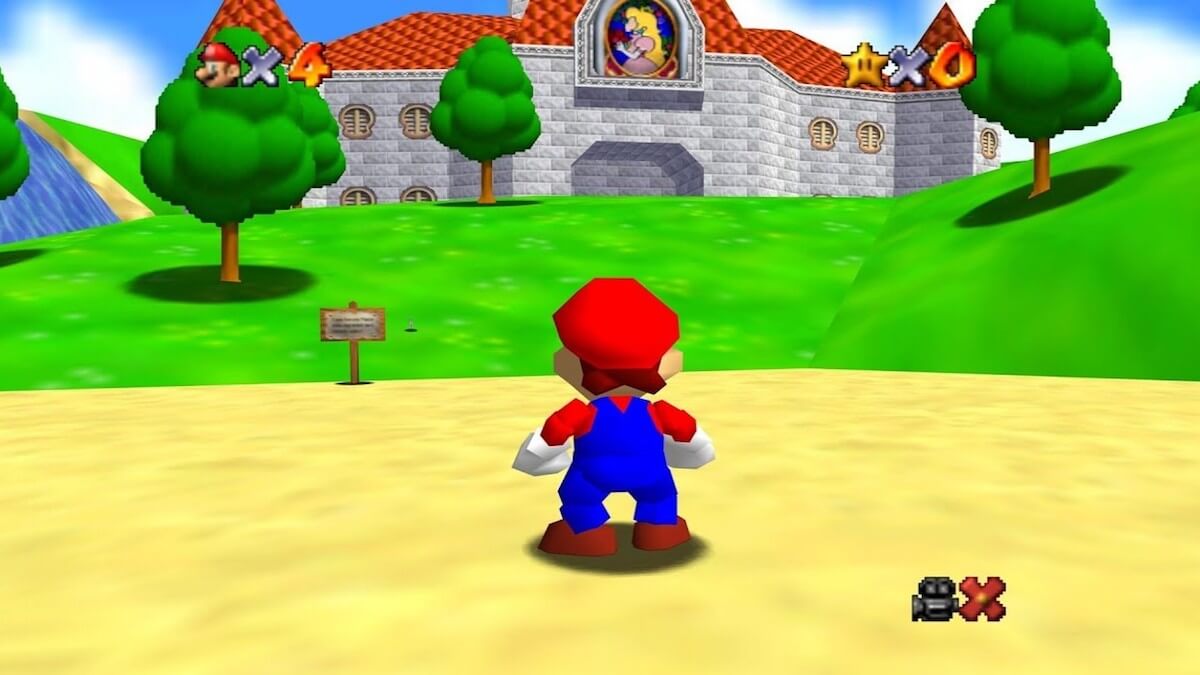 Love Mario? Click HERE to find out how I felt playing Super Mario Odyssey, before it came out.