Nashville's Song House is setting out to change the face of the music industry forever—and creating some of the hottest tunes in the process.

It's a unique songwriting community and influencer group designed to disrupt the traditional music space, not just in how songs are created, but also in how songwriters are compensated for their genius. Since Song House's creation in 2021, they've strived only for success for their creators, becoming the first non-exclusive record label of its kind, while also generating buzz through their viral 30 Minutes to Write a Hook videos. If you're curious about how they're doing that, just keep reading.

Song House really begins with its creator, Nashville-based singer-songwriter, producer and entrepreneur Tyler Ward. With over two billion cumulative streams, he's a musical powerhouse as well as a pioneer who's been in the creator business for as long as it's been a thing, and knows his way around it better than anyone. As an artist himself, he truly believes in the power of collaboration in songwriting—and the fact that artists should be able to make a living creating songs loved by fans around the world.

These days, with most people consuming music through streaming, songwriters usually don't make loads of money off of their talents. Typically, if there are three writers on a track, each one will earn just $50 per million digital streams. Song House is working to change that narrative, giving master royalties to writers, so they make not $50, but $850 per million streams—over 16 times the industry average. 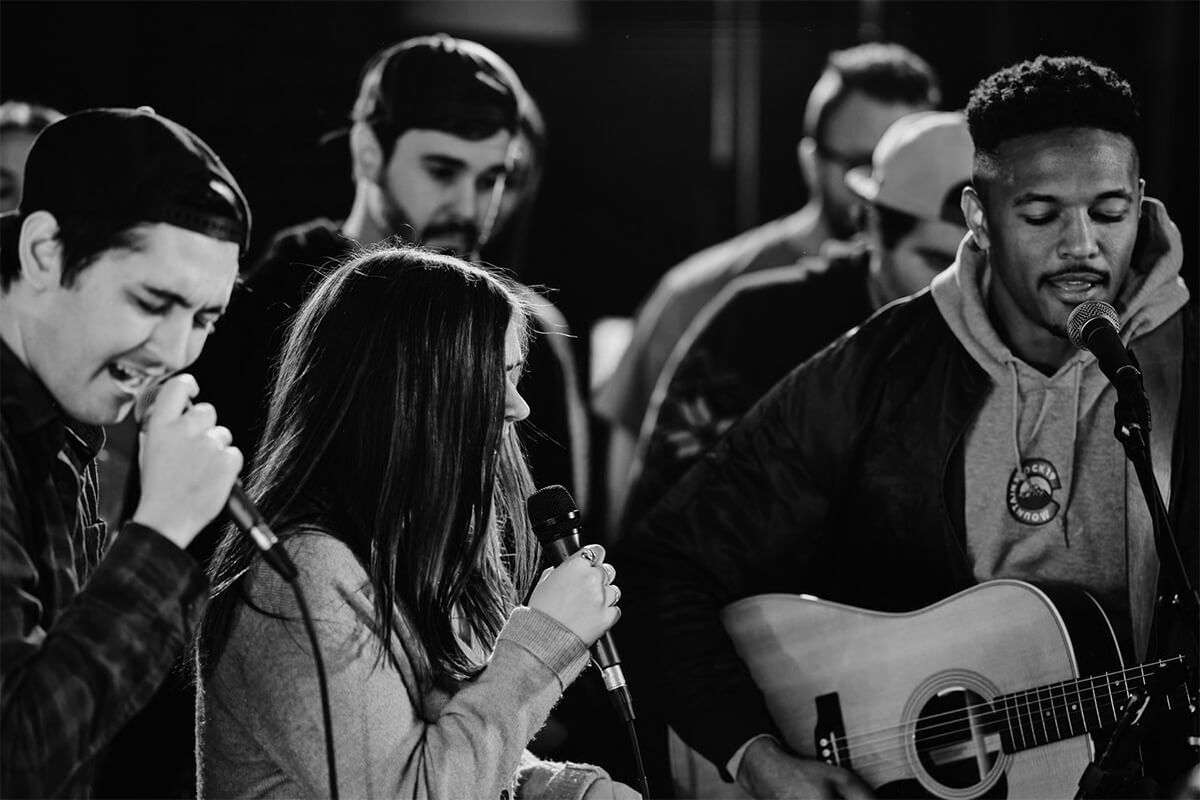 Of course, Song House isn't just about money. At its heart is an incredible songwriting network that's all about togetherness, community and the chance to test out bold new things, with a great support system behind them at every step of the way. Song House has worked with more than 100 Nashville-based songwriters to create not just a community, but a family that works, writers and has fun together, to allow everyone to thrive and each artist's talents to rise to the top. With an audience of more than a billion fans across their writers' pages, they also work passionately to bolster their artists.

On top of in-house sessions, Song House also works with other writing teams to create songwriting camps with artists, allowing rising songwriters to work with the best of the best to meet as much incredible writing talent as possible while expanding their horizons. The result is some truly incredible tracks.

Song House is best known for its viral Hooks in 30 Minutes videos, but funnily enough, they only came to be because of a chance happening. After accidentally overbooking a session, Song House came up with an ingenious solution—splitting the writers into groups, and having them each spend half an hour writing hooks. Under that pressure, and without any time to overthink, get stuck in their heads or stall, they simply wrote, and after the groups performed them together, they realized they'd stumbled onto something magical. They realized they needed to capture the feeling by filming it, and Hooks in 30 Minutes soon went viral on TikTok, becoming an instant Song House staple.

Now, as soon as these hooks are finished, they're posted to Song House's audience. If the vids go viral, the song is recorded, finished and shared with the world along with a music video as soon as possible. As you can guess, these videos have been responsible for breaking artists into the industry and changing their lives forever. Check out their biggest hits below.

Also read about: Lorelei Marcell Shares the True Story Behind New Holiday Classic 'Love Me Back (Maybe Next Year)'

The future is just as bright for Song House, and they have some major projects on the horizon. For one, they've signed a publishing deal with Warner Music Group, so some even bigger things are to come. Plus, with plans for a new SoCal-based operation in the form of Song House L.A., it's only a matter of time before they're dropping twice as many hot songs—and we seriously can't wait.

Love discovering new tracks? Click HERE to read our interview with Emily Henry on her new single, "How It Feels."