Struggle With Task Paralysis? Here's What It Is—and How to Overcome It

Have you ever known you had to do something, but no matter how anxious you got about doing it, you struggled to even start?

This is a phenomenon commonly referred to as task paralysis, and if you've ever experienced it, you should know that you're not alone. We were curious about why it happens—and how to deal with it—so we turned to an expert for some answers. Jenny Yip is a board-certified clinical psychologist, and we got the chance to ask her our most burning questions about task paralysis. Here's what she had to say.

Sweety High: What exactly is task paralysis, and what other names exist for it? How does it differ from "laziness," and why do people experience it?

Jenny Yip: It's no different than procrastination. Usually, people procrastinate for two reasons. The first is that they are perfectionists. Perfectionists put such a burden on themselves to perform a task perfectly that the task itself becomes insurmountable in their eyes. The second reason why people procrastinate is that they don't have a clear idea of how to tackle the task, maybe because they haven't learned to break them down into smaller, reachable steps. Because the task is so overwhelming, it triggers a lot of anxiety and stress, which causes us to avoid potential threats.

Procrastination is completely different from laziness. A person who is lazy doesn't particularly care for the task; there's no motivation or concern for completing it. Task paralysis, on the other hand, does involve some sort of motivation. The kicker is that the expectations and standards for completing the task are so high that it can become overwhelming. 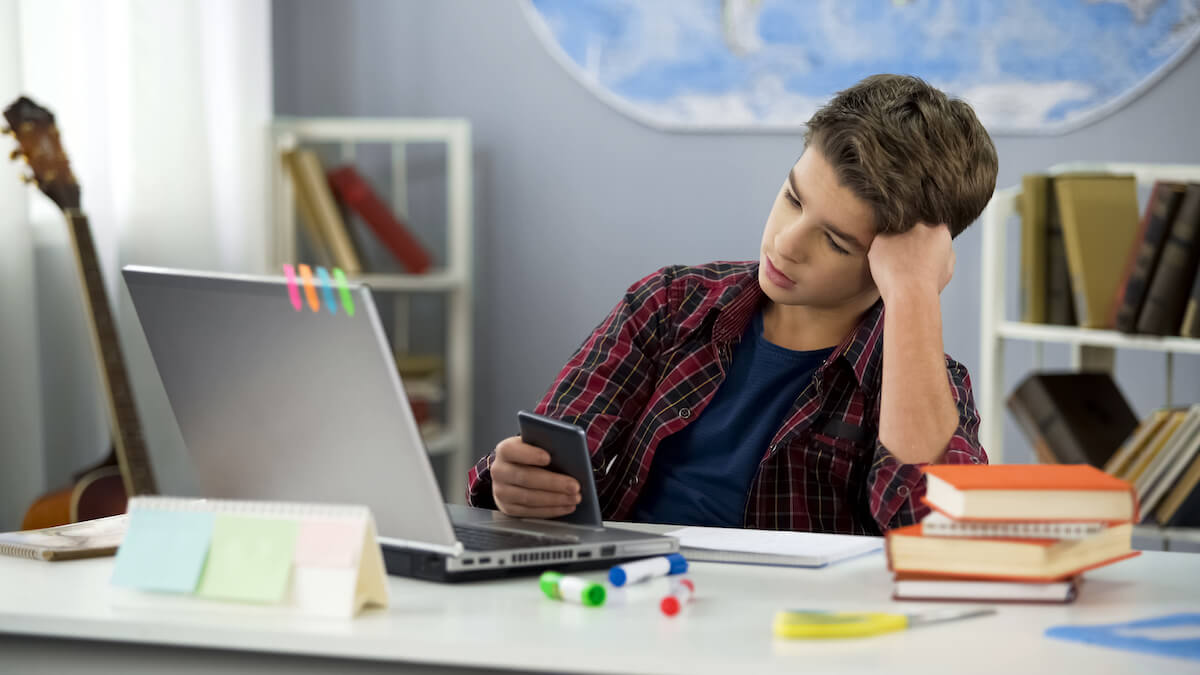 Also read about: What to Do If the Pandemic Has Made You a Hypochondriac

SH: What types of people are most likely to experience task paralysis? Why?

JY: The kinds of people most likely to experience high levels of task paralysis are those who struggle with ADHD, depression, anxiety and perfectionism. Task paralysis for these people essentially serves as the "freeze" survival response to the perceived impossibility of a given task.

SH What is the hardest part of overcoming task paralysis? Why do people often get stuck before they start?

JY: I think the hardest part is usually that very first step —simply buckling down and doing something, anything, to get started. That first step is so daunting that it can be hard to get the ball rolling.

It's kind of like making the choice to start working out again. You have to eventually stop thinking about doing it and simply just… start doing it, even if it's just a 10-minute cardio exercise. Any smaller version of the task is enough. Once that first step is taken, the rest becomes easier and more manageable.

The first step is really hard, but once you get into the habit of taking that first step, it's no longer the first step. 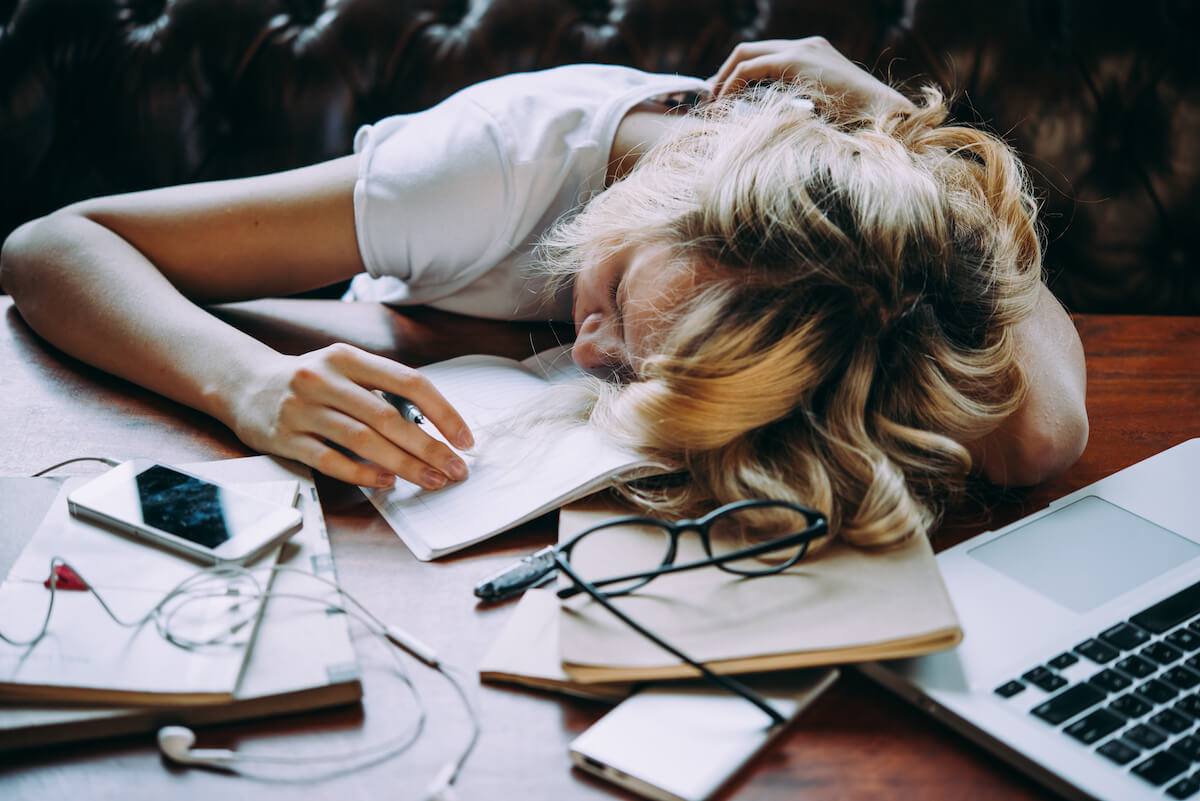 SH: What are the best steps for breaking through task paralysis? How can a changed mindset help people start what they need to do, and then follow through on it?

JY: I'd say working backward is the key to breaking through task paralysis. Now, first of all, we need to set realistic expectations. Second of all, we need to break down these seemingly insurmountable tasks into smaller, more achievable steps. If you can visualize achieving each step, it becomes more doable and realistic. If you're setting a vague expectation of perfection towards a task you can't even picture completing, then how would you know how to tackle it? You can only tackle something that you have a blueprint or instructions for.

Also read about: 7 Signs You Have an Unhealthy Obsession With Your Crush or Significant Other

SH: Is there anything else we should know on the subject?

JY: Once you get a task going, you are already able to see the step ahead. It's kind of like building a piece of IKEA furniture, or a bike, or anything, really. When you first open the box there are a bunch of random pieces and you're trying to make sense of the instruction manual. And if it becomes overwhelming, you don't want to tackle it.

However, once you're able to read through every single step, you're able to sort through all the different parts and envision the plan. If you can see something is doable, why wouldn't you go for it? But if you can't understand left from right, then you don't have any direction to guide you on how to go about tackling the task, inducing anxiety. Again, our natural response to anxiety is to avoid the threat.

Being prone to task paralysis isn't a personality trait. It's a skill, an acquired ability, to think outside the box. This ability to think bigger nurtures the ability to plan and problem solve. These skills are crucial in the early years; when we don't allow our kids the opportunity to solve their own problems, we're denying them the freedom of solving their own problems and making confident decisions down the line. All of these are part of our executive functioning skill set that is crucial for kids to develop and take with them into adolescence and adulthood.

Too many of our kids today don't get the opportunity to practice because parents are quick to fix the problem for their kids, rather than giving them the responsibility to fix their own problems and come to their own solutions.

We also have to stick to a schedule to get better at overcoming task paralysis. 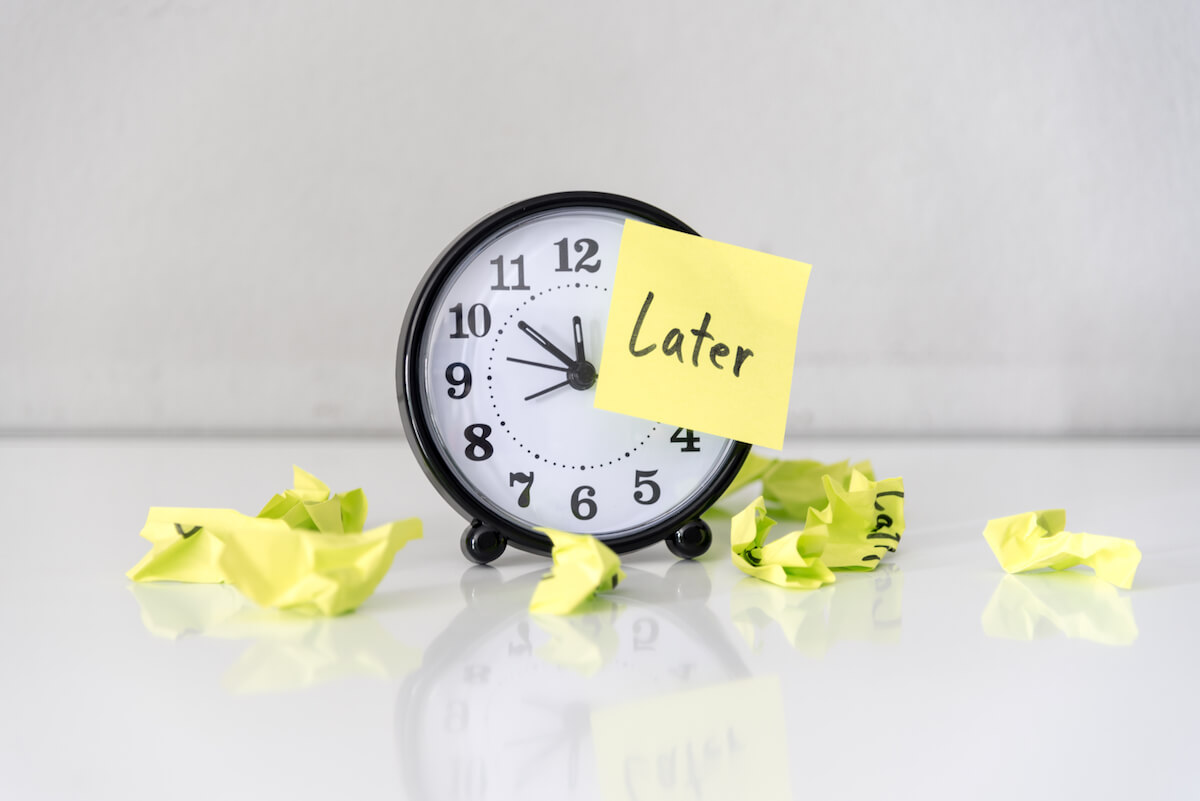 One of the easiest ways to procrastinate? Scrolling through your phone. Click HERE to read an expert interview on the biggest benefits of a social media detox.