The haunting and beautiful What Remains of Edith Finch is a new video game for Windows and the PlayStation 4 that's closer to a playable collection of stories than a typical video game, and it's unlike anything else I've ever played.

The game centers around 17-year-old Edith Finch. Years ago, Edith's mother decided to take her and finally move away from their supposedly cursed ancestral home in Washington. Nearly every member of three generations of Finches who lived there prematurely lost their lives. When each one died, their rooms were perfectly preserved as shrines to their memory. When Edith's first brother died, her mom boarded up these rooms, and when the second passed, it was too much and her mother decided to leave it all behind once and for all. 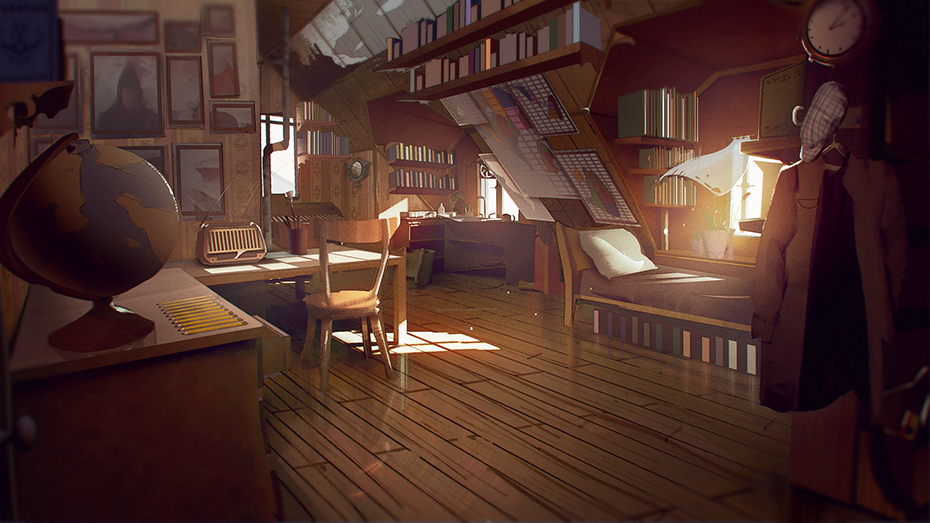 After her mother's death, Edith is the last living member of the Finch family, and she inherits the abandoned house. Seeking the truth behind her family's curse, she returns home to learn more about the history that was kept from her for so many years.

The game actually opens on a ferry to the island where the Finch house rests. For a moment, you might not even realize the game has started. It's here that you realize the game won't hold your hand, and that it's up to you to figure stuff out. If you move around the control sticks, you realize you can look around the ferry. When you reach the shore, you discover the main controls take place through the control sticks for movement and camera angle and the R button to interact with things. You'll be working with just those three tools to move through the entire game.

Finally walking up to the house, there's an ominous sensation. I felt like I might be gearing up for a horror game. When I finally entered the house, it felt like something might pop out at me at every turn. But Edith Finch is not the type of game that relies on jump scares (and the time I caught a glimpse of a slightly creepy old portrait while rotating the camera and spooked myself was a fluke).

As you explore the house and its surrounding area, Edith tells her story and her words appear on screen, acting as breadcrumbs leading you toward progress. Besides one section that prompted a couple of pieces of dialogue compelling me to explore near the basement, the game didn't really tell me where to go, and movement through the house felt organic. 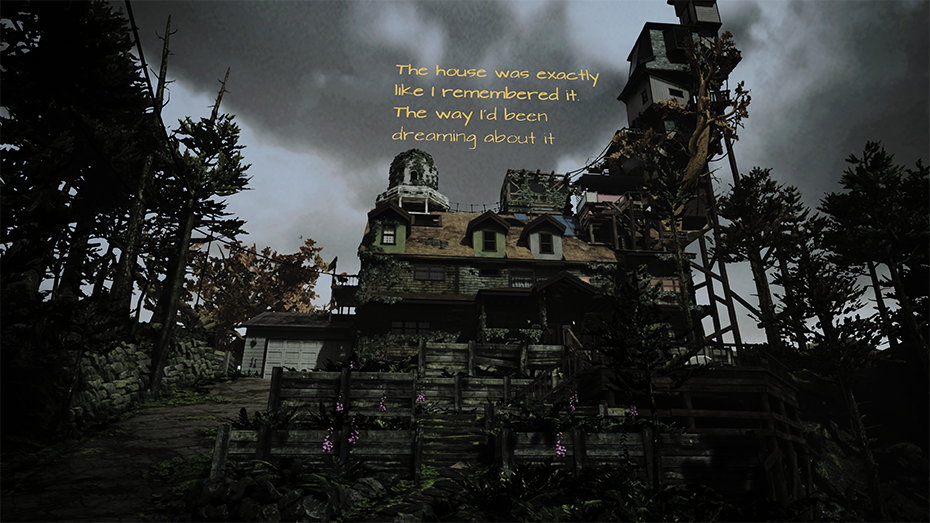 Throughout the game you'll also be opening secret doors, slinking through tiny crawl spaces and climbing across the house to uncover all of the house's secrets. Does it make sense? Not really. But even though real homes aren't full of secret passageways, it felt natural in Edith's story.

All of this exploration is in service of discovering the family's hidden past. Eleven family members have died in the house, and their stories have been documented either by the family member themselves or by someone who was close to them at the time of their passing.

As you stumble upon these histories, written down in the form of letters, journal entries and even comic strips, the game transitions to the lost family member's point of view. In these segments, the gameplay, tone and even artistic style can shift dramatically, revealing insights into their psyches and showing you who they were more effectively than dialogue ever could. Though the game focuses primarily on telling a riveting story, the gameplay elements are strong as well. 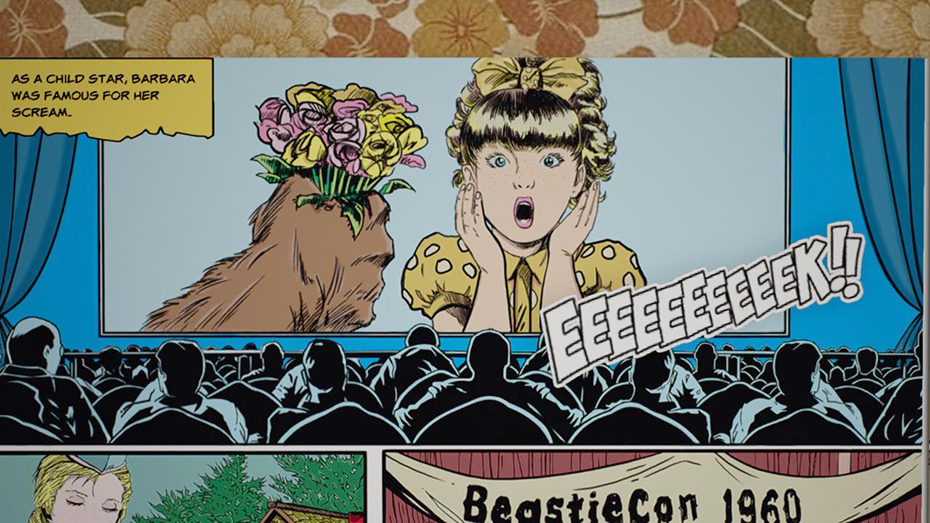 In one, you play as the little girl Molly, sent to bed without dinner as punishment. Molly is hungry, so you guide her around the room eating whatever you can find—even if that means guzzling down toothpaste and plucking mystery berries off a plant. Soon, Molly believes she's taken on the form of a cat, and you guide her out the window to chase down a tasty bird. The gameplay changes again as she mutates into an owl, then a shark, and finally into a tentacled aquatic monster scarfing down sailors at sea.

In another segment, which I played in a special preview last month, you play as Edith's older brother, Lewis, who works in a salmon cannery. A letter from his psychiatrist reveals that Lewis was losing himself within his own imagination. Playing as Lewis, you get to see and hear what enticed him to this fictional world, and why he slowly slipped away from the real one, all the while remaining dutiful to your job of chopping the heads off dead fish. 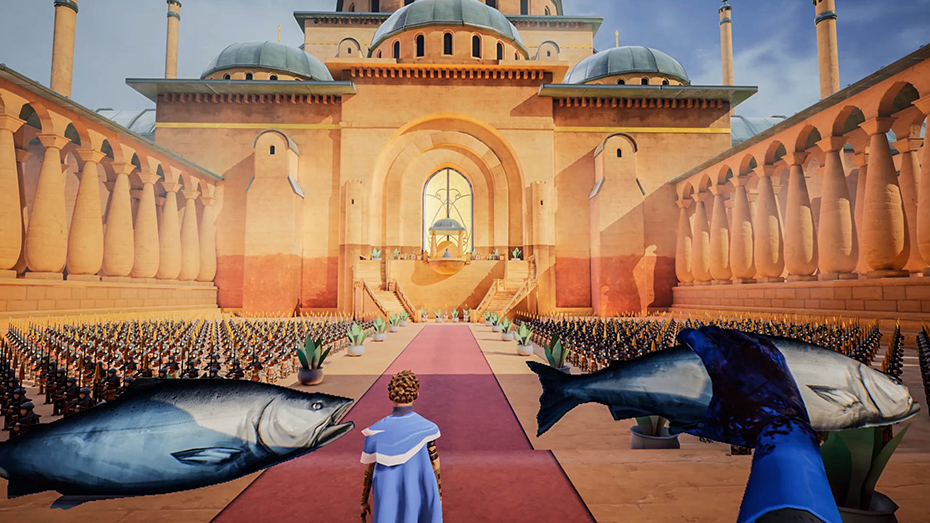 Throughout the game's small stories, whether you're playing as a baby seeing a fantastical world in the tub during bath time or a dad trying to capture a memory with his daughter on a hunting trip, you're always aware that you're leading these characters toward their doom.

Still, few of these stories ever feel foreboding. As you play, you get the sense that they're about accepting and remembering what's happened in the past, and many of these ends are preceded by moments of triumph. But that's not to say there weren't a few moments when I gasped out loud finally seeing how characters met their demise. 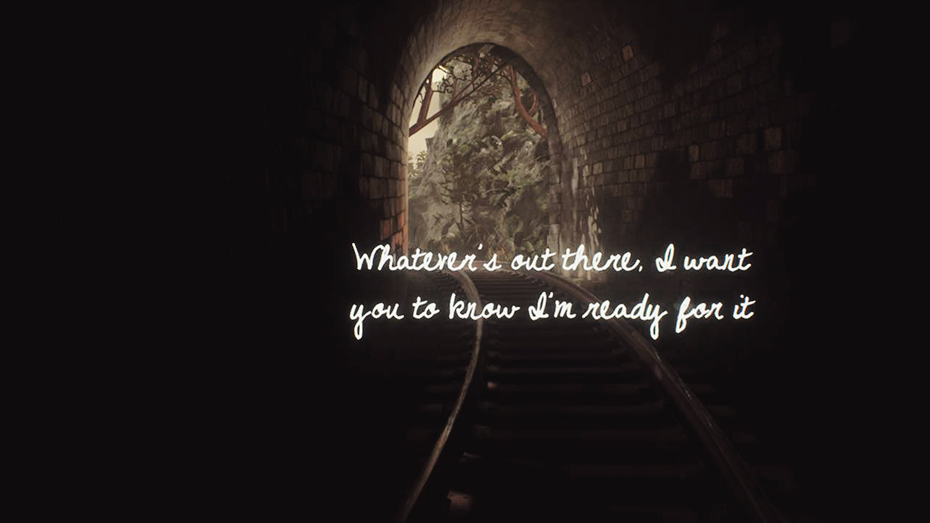 Once I finished the first vignette starring Molly, I couldn't stop playing, finishing the whole game in a single sitting. This wasn't difficult, as it took less than a couple of hours to finish completely, but I still think that speaks to the power of the game's narrative.

You also proceed through the game knowing that, if Edith is anything like her family members, she, too, will fail to see a ripe, old age. The tension this causes never quite fades away. As the game progresses, you also discover that Edith doesn't only want to discover these old stories for herself—but I don't want to spoil that moment.

Edith Finch rarely gives players definitive answers. Each tale is tinged with the bias and skewed perspective of its storyteller, and in the end, it's up to the player to make sense of what they've seen. Even in the final moments, once Edith's fate becomes clear, we never find out for sure if there really is a curse or if it's all been a coincidence.

I'm torn between wishing the game were longer, because I'd love to spend more time with this family and their stories, and feeling like this small, contained game is just right. Some of these little narratives felt like they were cut short, but that's only appropriate given the brief lives of their characters.

If you're the kind of gamer who requires tense action, precision platforming or challenging puzzles to enjoy a game, What Remains of Edith Finch is probably not the game for you. If $19.99 sounds like too high a cost for two or three hours of powerful storytelling, pass on it. But if you're looking for an innovative narrative and a game you've never seen before with its own share of thrills, suspense and mystery, you're going to fall hard for this game.

Curious about how What Remains of Edith Finch came to be? Click HERE to read our review with the game's creative director Ian Dallas.