Here's What the Cast of Lightyear Looks Like in Real Life

Lightyear is one of our most-anticipated movies of summer 2022, and with its bold sci-fi premise and star-studded cast, it already has all of the makings of an instant classic.

The Disney/Pixar movie tells the story of the "real" Buzz Lightyear who inspired the action figure, as he gets teleported more than 62 years into the future during an intergalactic adventure and is forced to find his way back to his own time. Chances are that you already know that Chris Evans voices Buzz—but what about the rest of the cast? Keep scrolling to learn more, and to find out what they all look like in real life.

At this point, does Chris Evans even need an introduction?

Thanks to his iconic portrayal of Captain America in the Marvel Cinematic Universe, Chris Evans has become one of the most widely recognizable actors in the world, and we know he'll also be picture-perfect as the titular Buzz Lightyear in the film. Chris definitely has the qualities of a hero, which is why this feels like a great match for Buzz's brave journey across time and space. 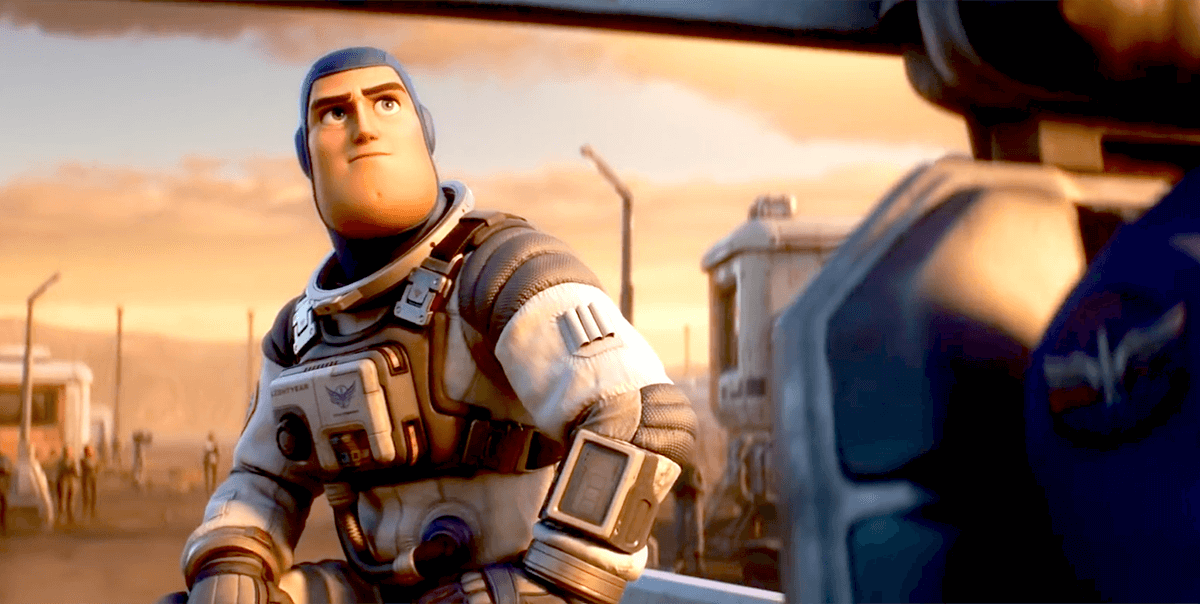 Keke Palmer is as talented as she is prolific, and though we've loved her since her Akeelah and the Bee and True Jackson, VP days, it's apparent she's come a long way since then.

In the film, she plays the role of Izzy Hawthorne, the granddaughter of Buzz's commander and best friend, Alisha, and head of the Junior Zap Patrol. When Buzz inexplicably finds himself in the future, he finds a fast ally in Izzy, who finds Alisha just as inspiring as Buzz always has. 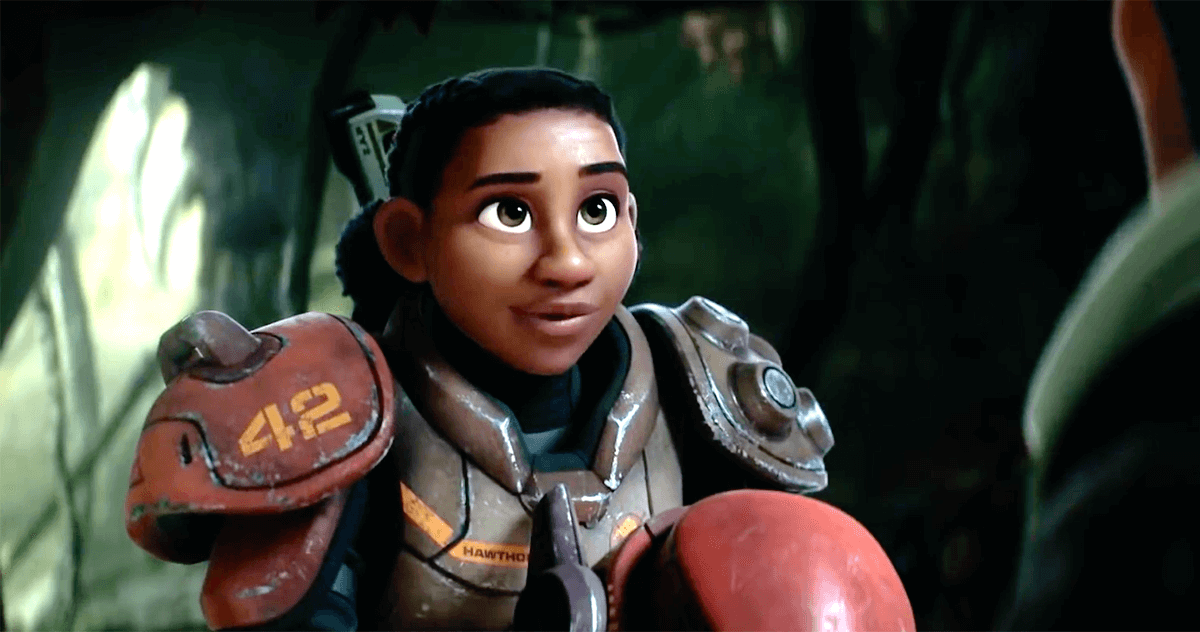 Dale Soules is an actress who's been working on the stage and screen for more than 50 years. Best known for playing Frieda Berlin on Orange Is the New Black, she has an instantly recognizable raspy voice.

In the film, she plays a rough soldier called Darby Steel who enlists in the Junior Zap Patrol in order to have some time shaved off her lengthy prison sentence. She's also an expert in explosives. 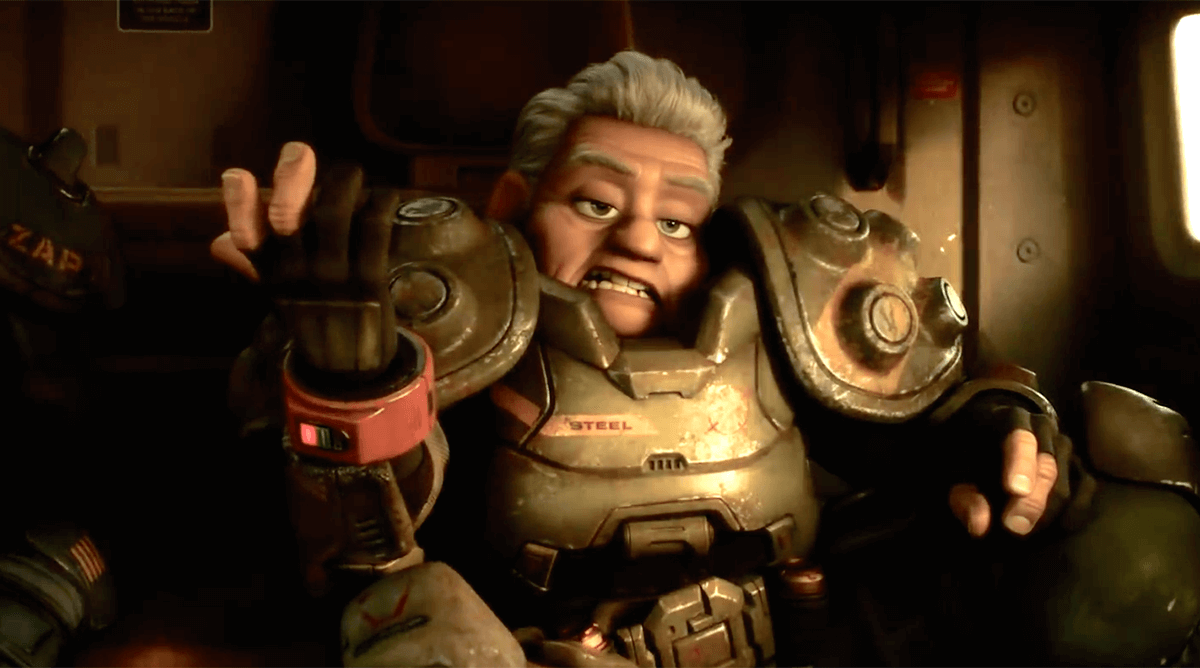 Where do we even begin with Taika Waititi? The talented creator isn't just an actor, appearing in series such as Our Flag Means Death, but also a writer and director, responsible for everything from What We Do in the Shadow to Jojo Rabbit and the upcoming Thor: Love in Thunder, in which he voices the lovable Kronan warrior, Korg.

In Lightyear, he lends his signature New Zealand accent to Mo Morrison, a member of the Junior Zap Patrol who gets in a bit over his head, not realizing the serious nature of the missions ahead of him. 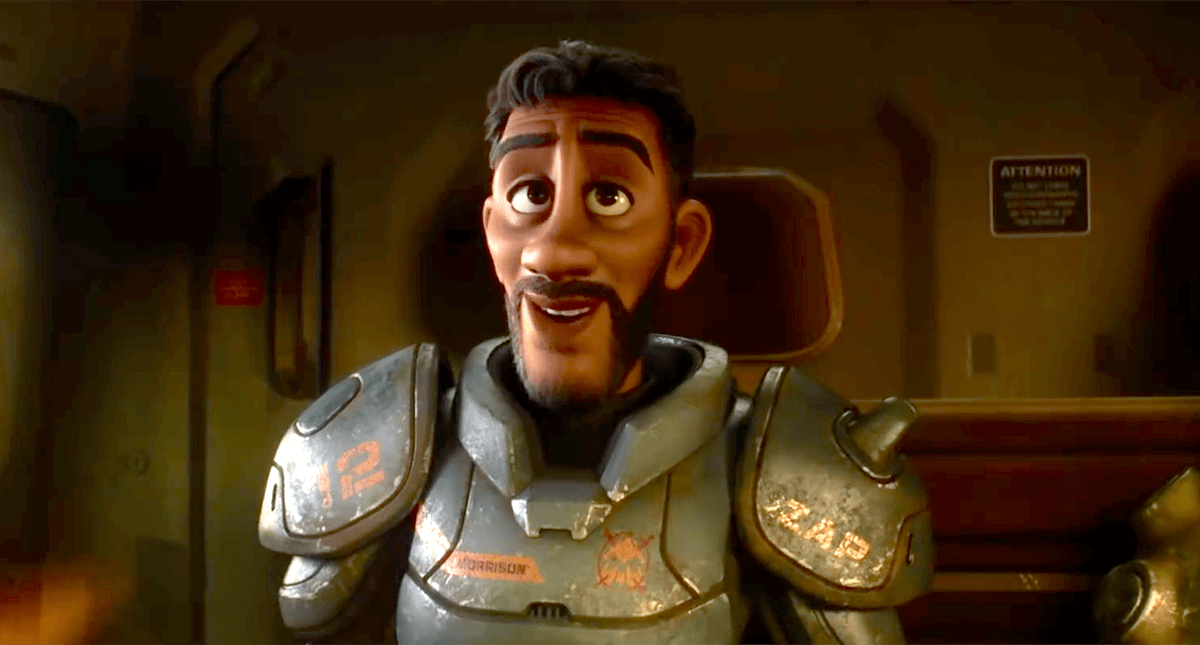 Peter Sohn has been a Pixar staple for more than 20 years, working as an animator, writer and director, but he's also lent his voice to 19 projects as a voice actor, including Wall-E, The Good Dinosaur and Luca.

In Lightyear, he's the voice of Sox the robotic cat. He's a companion to Buzz throughout his journey, lending help and advice when he can—and despite being a machine, he seems to have a healthy sense of self-preservation and fear built into him, too. 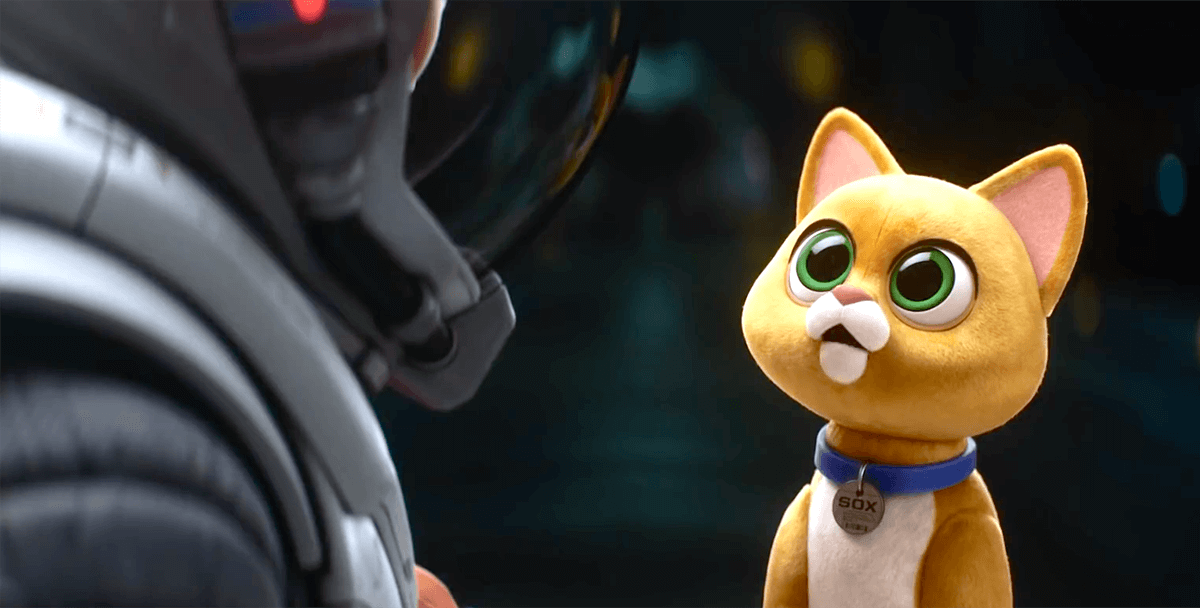 Also read about: The Saddest Pixar Movies Ever, Ranked

Uzo Aduba is another skilled actress well-known for her role in Orange Is the New Black, playing Suzanne "Crazy Eyes" Warren, but you may also know her as the voice of Bismuth on Steven Universe.

In Lightyear, she plays Alisha Hawthorne, who isn't just Buzz's commander and most trusted colleague, but also his best friend. Along with Buzz and the rest of the crew of The Turnip, she gets marooned on an alien planet and is part of his important mission to get everyone home—before he's blasted in the future and meet's Alisha's granddaughter, Izzy. 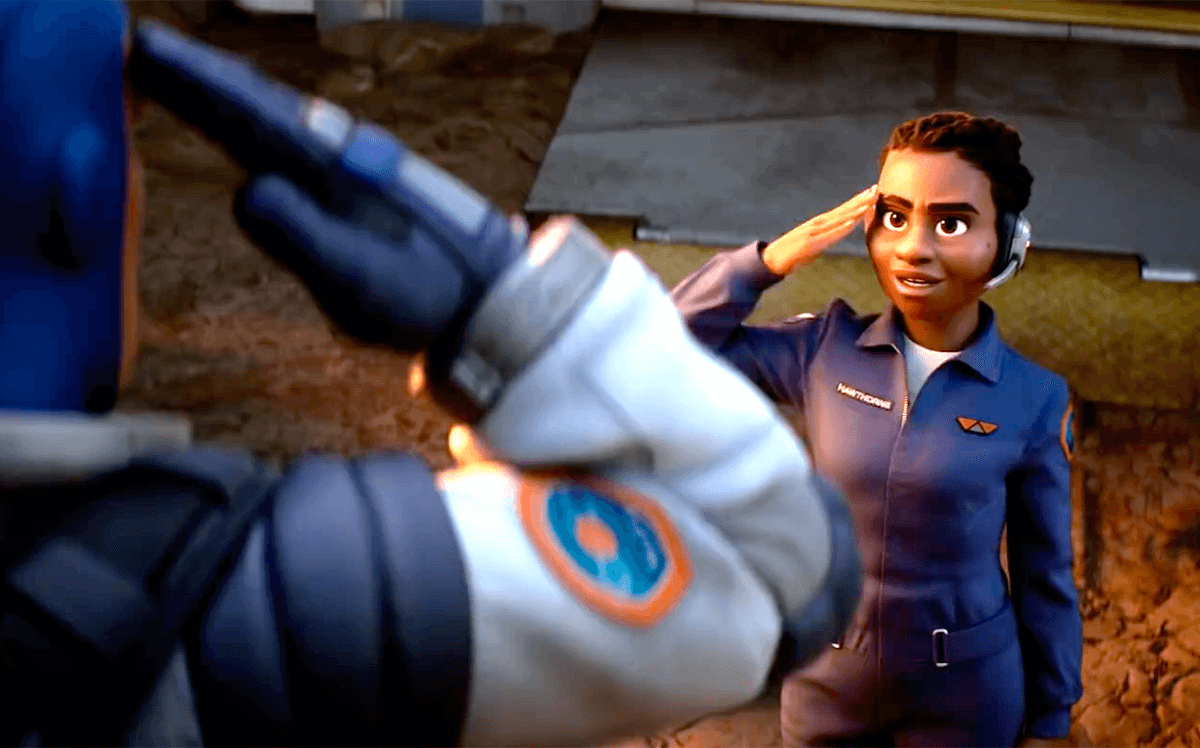 James Brolin is a Hollywood icon at this point, appearing in classics from Westworld and Fantastic Voyage to The Amityville Horror and Pee-wee's Big Adventure—but if all of those movies are before your time, it might also interest you to know that he's the father of Josh Brolin, who played Thanos in the MCU.

In the Toy Story universe, his character, Emperor Zurg, was Buzz's biggest nemesis. With a vendetta against the Galactic Alliance, Zurg's greatest desire is to take over the entire universe. However, Zurg's role in Lightyear may differ a bit from the toy's canon—and there may be some surprises in store for us yet.

Efren Ramirez has had a number of notable acting roles throughout the years—including Catuey on Eastbound & Down—but his most memorable has to be Pedro from Napoleon Dynamite.

In Lightyear, he takes on the role of Airman Diaz, one of the crew members of the Turnip marooned on the alien planet with Buzz and Alisha at the start of the film. 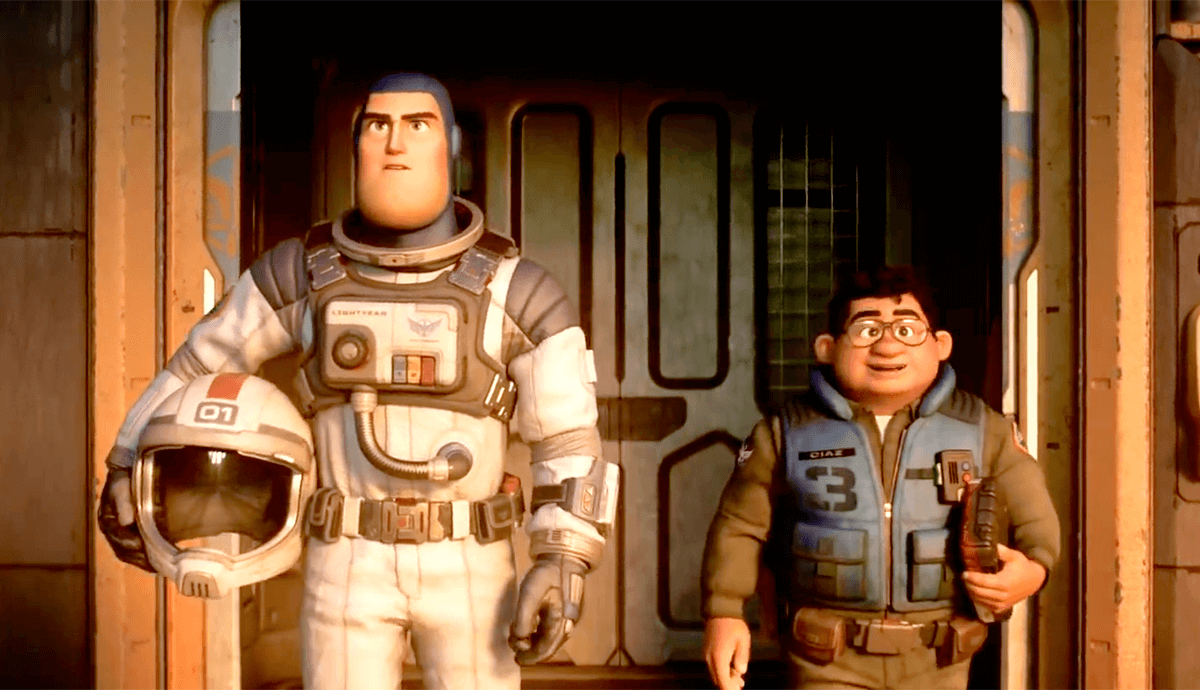 Also read about: 9 Fun Facts We Bet You Didn't Know About Pixar Pier

Isiah Whitlock Jr.'s incredible career includes more than 100 acting credits, including roles in The Wire, Veep and Your Honor.

A post shared by The Kings of Napa (@kingsofnapa)

In Lightyear, he plays Commander Burnside. While we don't know much about this character just yet, in the trailer he's seen shouting Lightyear's name—but is he concerned for Buzz's life, or chastising him for going against orders?

Last, but not least, is Mary McDonald-Lewis, not only a veteran voice actress who lent her voice to classic cartoons including the G.I. Joe shows, SuperFriends and Batman: The Animated Series, but also a renowned dialect coach.

In Lightyear, she's the voice of I.V.A.N., which appears to be the artificial intelligence system within Buzz's ship in the future. This might be a nod to 2001: A Space Odyssey's HAL 9000—though we tend to think I.V.A.N. will wind up being a lot friendlier.

Pixar-obsessed? Click HERE to check out all of the cutest quotes from Turning Red to use as Instagram captions.