What Does the 🤷🤷‍♂️ Emoji Mean?

Of all of the emojis in the texting lexicon today, few are as multi-faceted (and potentially confusing) as the 🤷‍♀️ or 🤷‍♂️emoji. 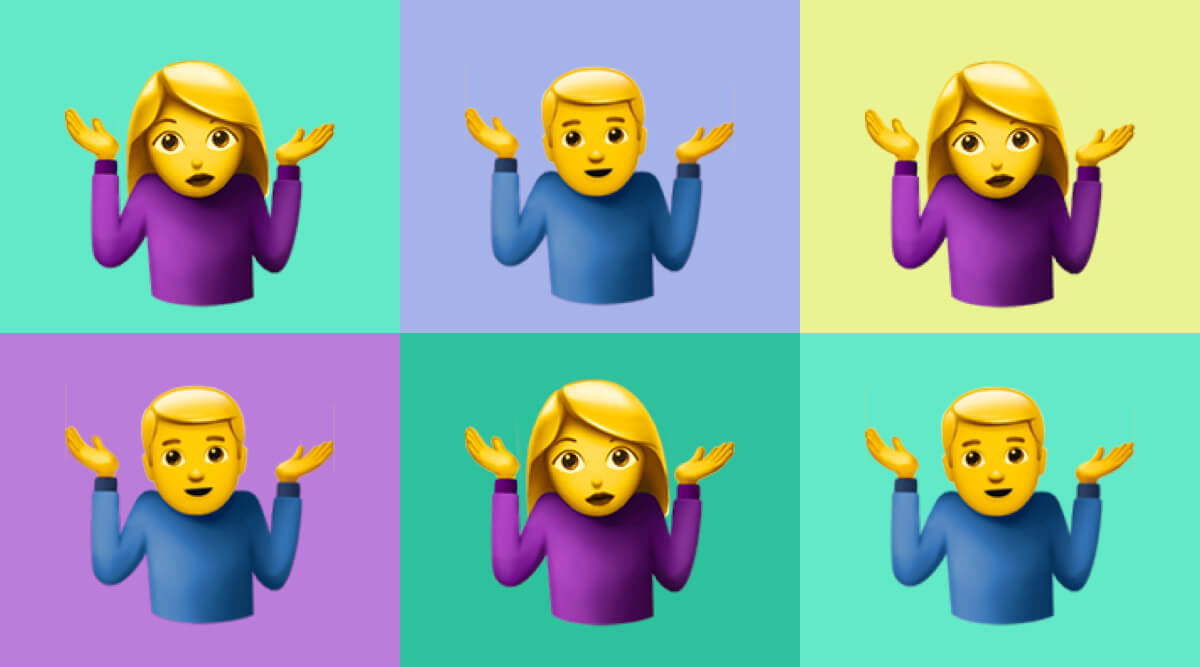 What the 🤷‍♀️ 🤷‍♂️ Emojis Mean in Texting

Depicting a person with their arms raised in confusion, the "shrug" emoji  can be used for various thoughts, sentiments and emotions, including:

Also read about: What Does the 🔥 Emoji Mean?

Knowing the exact meaning of these shrugging emojis will depend on how they're used. For example, you might see it used in place of an "IDK" text, but it could also be used to show genuine indifference (so you might get it in response to asking your friend what she wants to get for lunch or what her crush meant by their latest message). They can also be used quite passive-aggressively, so if you keep getting this emoji from your crush in response to pretty benign messages, they may be essentially telling you that they don't care and you're bothering them, which may be a sign to simply leave them be.

If you want to learn about how emojis can be used, click HERE to read about what different emojis mean when sent by your crush.