What Does the 🤔 Emoji Mean?

Let's give you something to think about: The meaning of the "thinking" emoji 🤔. 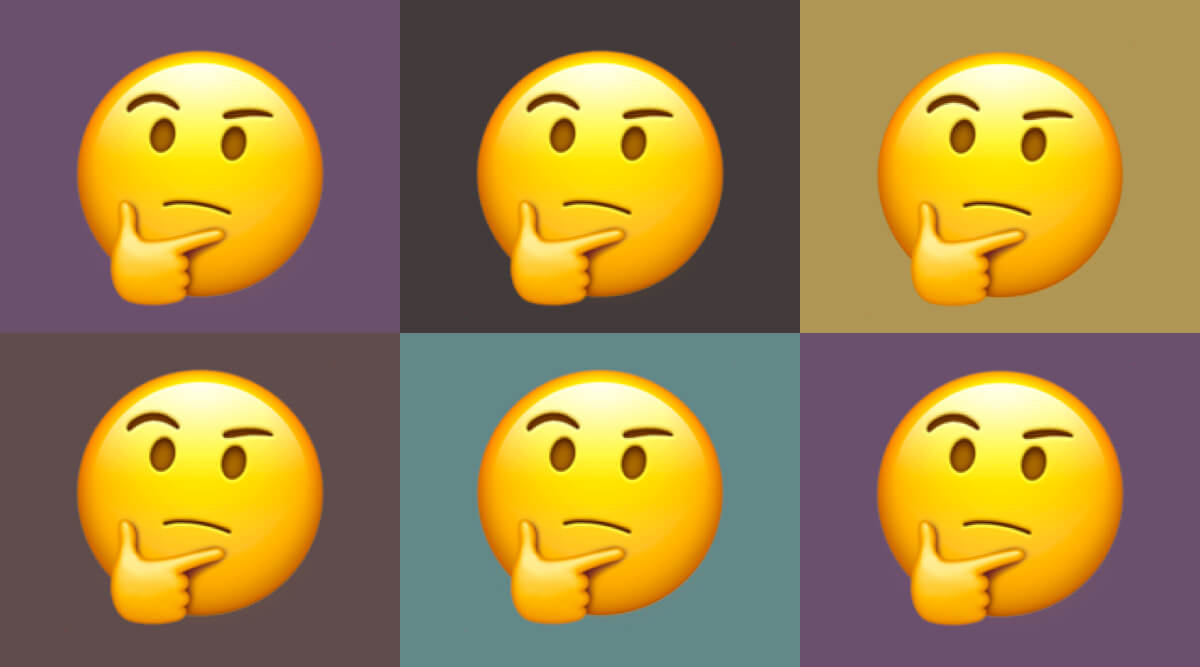 What 🤔 Means in Texting

While the 🤔 emoji seems pretty simple, at least in theory, the symbol's original definition and how it's actually used in texting today have definitely shifted over time. Generally, you'll see it used to convey pondering, being deep in thought or even doubt.

Also read about: What Does the 😆 Emoji Mean?

In general, you're likely to see it used when someone is "unsure" about something, no matter what that thing may be. Maybe a friend needs some extra time when you've asked them where they want to go for lunch, or is feeling philosophical after a slightly deeper question. Or, maybe you've just told them about something your crush did, and they're passive-aggressively letting you know that they're acting super suspicious.

The meaning of the 🤔 text from a crush has generally the same meaning, whether they're a guy or a girl, but if you're trying to woo them, you should be extra attention to how it's used. Maybe they're just the thoughtful type who doesn't like to jump into things without thinking them over first—or maybe they distrust your motives. If you're being dishonest with them, this can be a clear sign that they're on to you!

Need the low down on another popular emoji? Click HERE to read all about the meaning of 🤦‍♀️.