Who Do Joe and Love Kill in You Season 3?

If you binge-watched season three of Netflix's You, we're right there with you.

Penn Badgley as Joe Goldberg and Victoria Pedretti as Love Quinn make for one killer couple (literally) and we couldn't take our eyes off the screen. Together, the two are one of the most toxic onscreen couples we've ever seen. And whether you're team Joe or team Love, you have to admit they're both completely unhinged. They're two psychopathic peas in a pod, but who is worse? Keep scrolling to find out who Joe and Love kill in You, Season 3—and, of course, spoilers are ahead.

Season 3 starts out with Joe as a father to young Henry, and we had high hopes this little human would help Joe stop his urges. We found out pretty much right away that was not going to happen. He becomes obsessed (as he does) with his next-door neighbor, Natalie, and gets way too close for comfort. They make out and are about to take things further when Joe has the sense to stop himself and go home. Props, Joe!

Even though an affair never really starts, when Love finds Joe's little box of treasures, she assumes he's having an affair. And in typical Love fashion, she takes an ax and straight-up murders Natalie—without even checking her facts! This happens in the first episode, and we were shocked she was triggered so early on. Joe ends up helping her bury the body, so he plays his part, too. 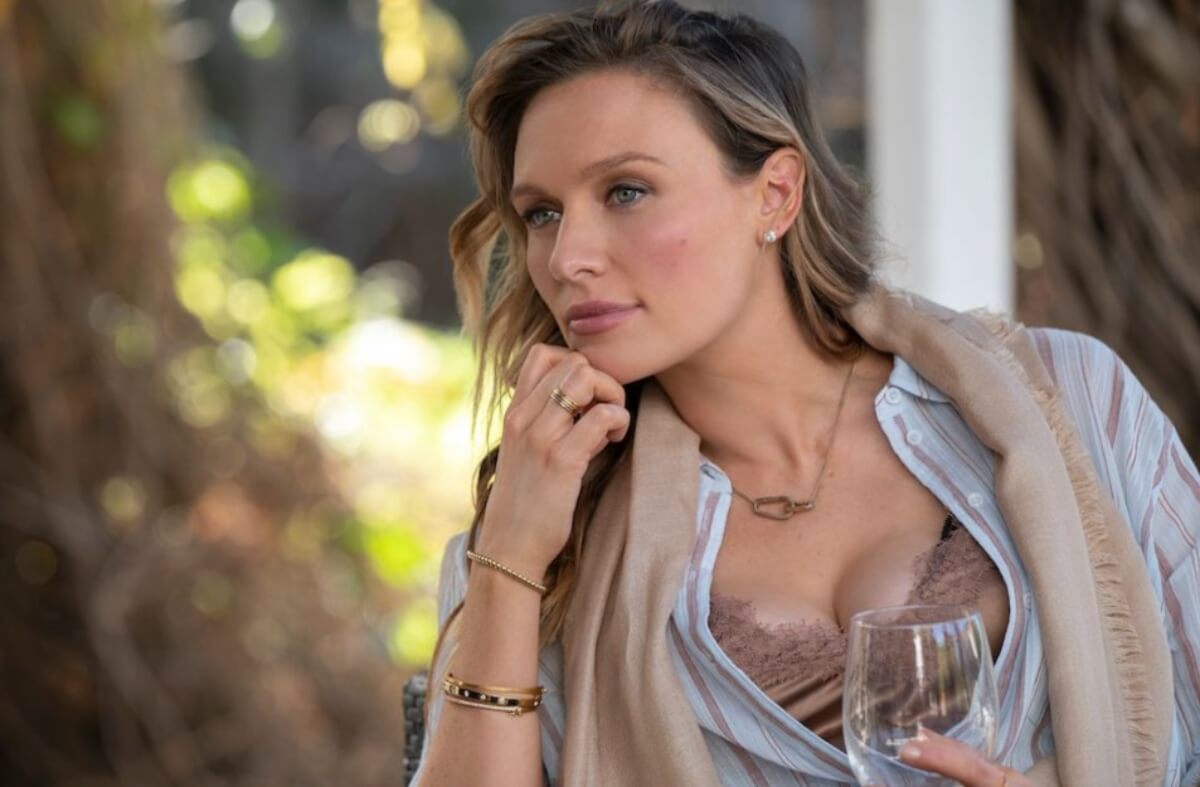 When Love finds out that her neighbor Gil is partially responsible for her son Henry getting the measles, she hits him over the side of the head, knocking him out. She locks him in the cage and tries to find dirt on him (with Joe) so that they can set him free. This really gets to Gil's head though, because he ends up killing himself in the cage. With another body on their hands, they stage a murder-suicide with Natalie. It's very messy, to say the least. 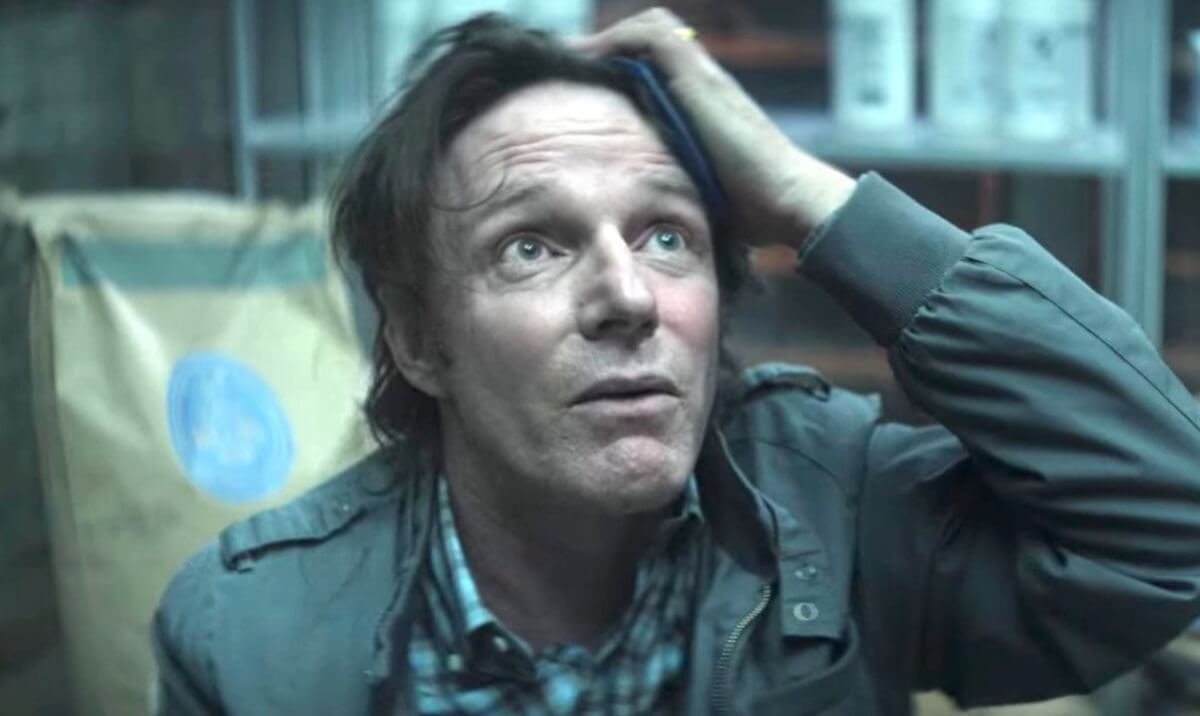 Even with all of this done and over with, Matthew, Natalie's husband, isn't convinced Gil is the murderer. He accesses cameras all over the town of Madre Linda and starts an investigation of his own.

Theo, Natalie's stepson, becomes infatuated with Love. The young college student flirts non-stop and is very forward about his feelings. Since Love isn't receiving that much attention from Joe these days, she starts up an emotional relationship with Theo, that soon turns physical. Theo would do anything for Love and even goes as far as going on his dad's laptop, finding out what information he has on Joe and Love.

Later on, Theo is trying to convince Love to run away with him, but when he finds Cary and Sherry in the cage, Love ultimately doesn't trust him to keep her secret. She hit him over the head and he fell down the stairs, killing him—or so she thought. When Joe moves his body, Theo makes noise so, instead of finishing the job and killing him, he actually saves Theo and takes him to the hospital. 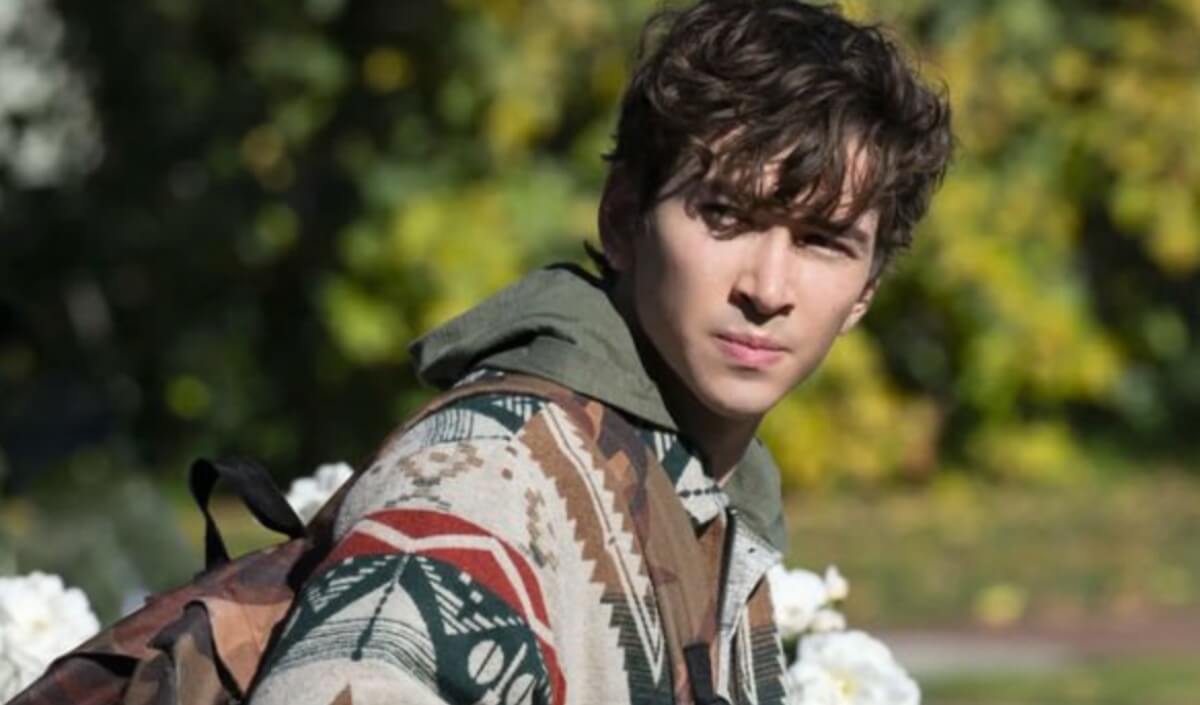 When Sherry and Cary came up with a proposition to have a romantic relationship with Joe and Love, we had no idea what to expect. They plan a whole night to get to "know" each other, but things go horribly wrong, which honestly was expected.

When Love and Joe are downstairs fighting, Love just has to mention one of the many murders she committed for Joe. Sherry and Cary hear and try to make it out alive. Sherry and Love fight upstairs while Joe and Cary are downstairs with crossbows. Joe gets Cary in the leg and Love knocks out Sherry. They end up moving the couple to the cage, where Love gives them a gun saying only one of them can leave alive. In the end, the two make it out together, and wind up stronger than ever. 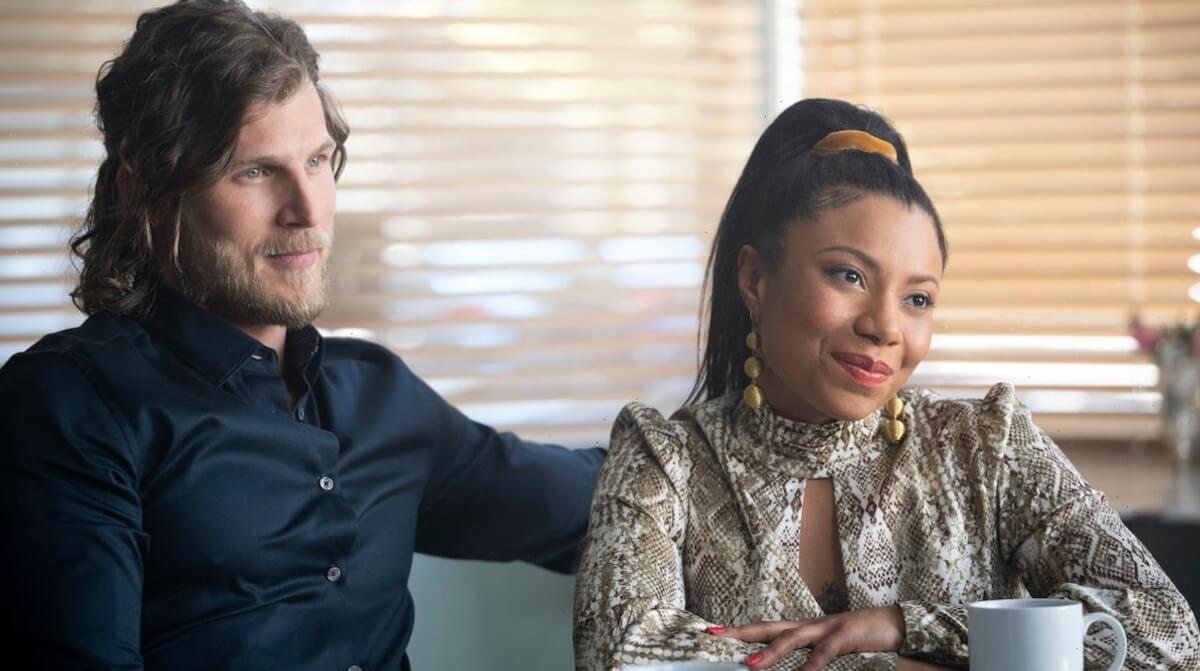 Once Natalie is out of the picture (thanks, Love), Joe's next infatuation lands on Marienne. He tries to stop his urges for fear of Love finding out, but in the end, he can't stop himself. Joe and Marienne both fall in love with each other, and in order to protect her, Joe murders her ex-husband, Ryan. Yeah, he's a bad guy, but really Joe? Do you have to repeatedly stab him?

In the final episode, when Love has paralyzed Joe with a poisonous plant she grew, she lures Marienne to the house. She fully plans on killing her, but when Marienne's daughter comes inside from the car, Love can't go through with it. She ends up letting Marienne leave. 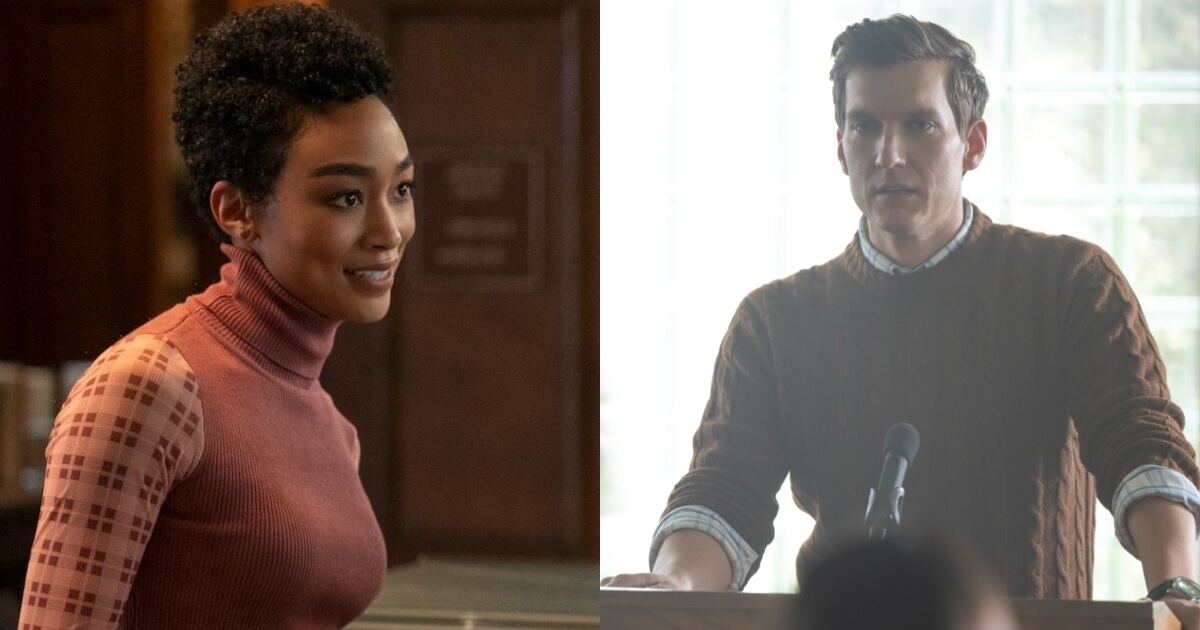 We all knew Joe and Love weren't both going to survive the season, and our prediction comes true in the last episode. Even though Love poisons Joe, paralyzing him, he actually sees it coming from a mile away. He ingestes adrenaline, making the drug wear off way faster than Love intended. He ends up injecting her with the same drug, killing her. 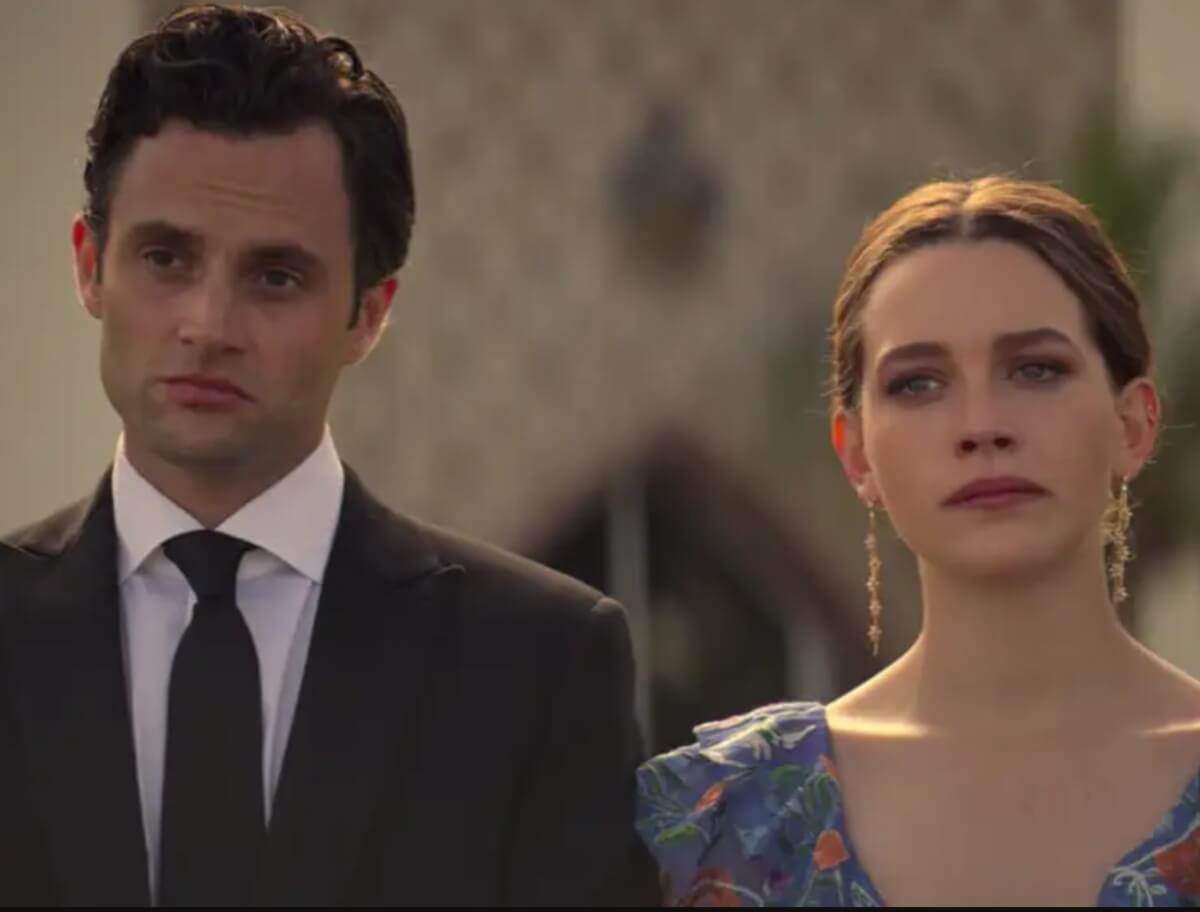 Did you enjoy season three of You as much as we did? Look HERE for some of our favorite quotes that double as Instagram captions.