Earlier this month, Animal Crossing: New Horizons introduced a new game mechanic in the form of deep-sea diving, injecting just the sense of novelty that the game's been needing.

This update allows villagers to don cute swimsuits and finally explore the vast ocean surrounding their islands to collect sea creatures and other ocean life, and we're a little bit obsessed. What makes this new feature so great? Keep reading to find out all the reasons why.

There Are No Tools to Break

In Animal Crossing: New Horizons, doing pretty much everything seems to make your stuff break. Everything from going fishing and chopping trees to catching bugs, digging holes, watering flowers and shooting balloons out of the sky requires the use of a tool, and all of those tools will inevitably break after enough uses.

Wetsuits, however, can be purchased for 3,000 bells (or 800 Nook Miles) and they last forever. You can go diving indefinitely and never have to worry about something like tear in your suit that'll force you to replace it, like everything else in the game. That saves a lot of time, resources and bells in the long run, and makes diving a worry-free experience you can keep on repeating forever. 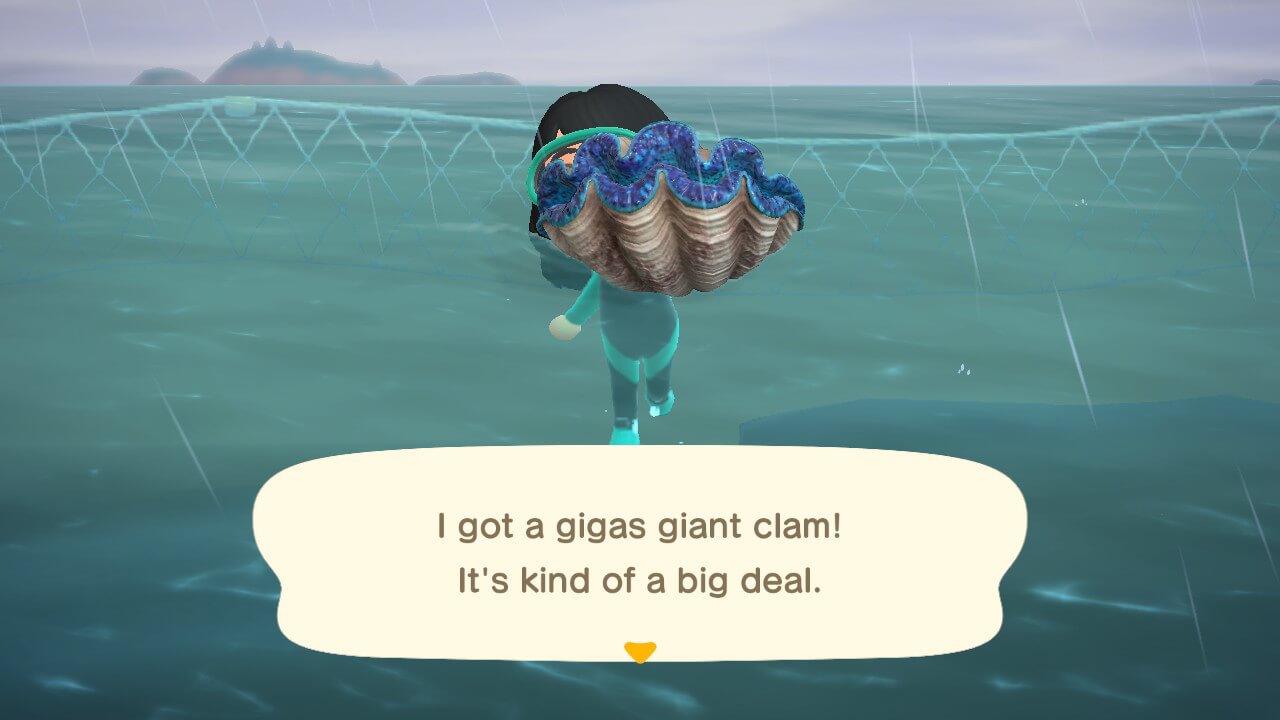 They Make Blathers (and Your Museum) Happy

Blathers, the owl who curates the island museum, is one of the most beloved characters in all of Animal Crossing, and we love bringing him more goodies to display in his gorgeous exhibition. All of the sea creatures and plants you can collect deep-sea diving can be donated, so don't forget to save one of each for him!

Not only will you get to hear all-new descriptions of these donations—which seem to be more detailed than what he typically gives for fish, bugs or fossils—but they'll make the museum ever more full and beautiful. These critters will wind up in the aquarium exhibit where the rest of your fish are displayed, making it even more bountiful and full of life than it was before—and that's certainly saying something. 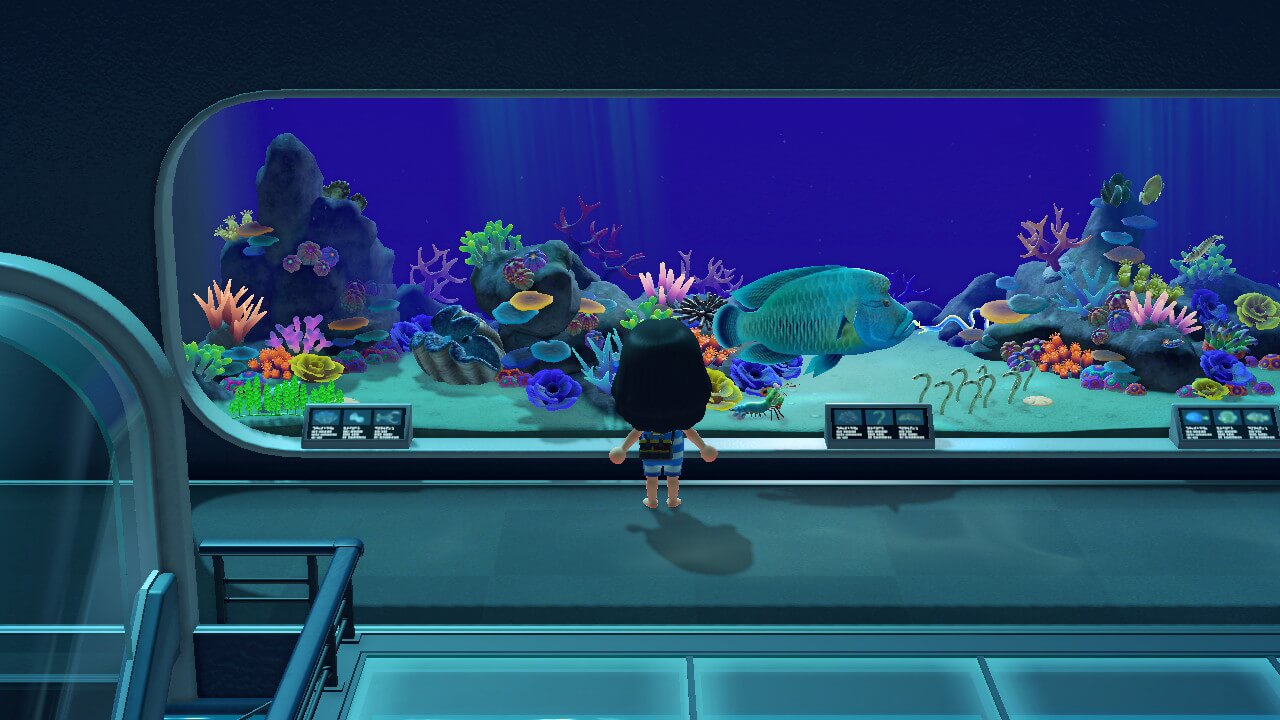 It's a Great Way to Make Money

Fishing or going on a big hunt can net you some serious money in New Horizons, but currently, we're most obsessed with diving for treasured creatures to earn bells, fast. While a number of the fish and bugs in the game just aren't worth catching because of their low value, every critter you can catch diving will earn you a minimum of 500 bells, making them worth grabbing pretty much every time.

Of course, lots of them are worth a lot more than that, too. For example, Vampire Squids are worth 10,000 bells while Giant Isopods are worth 12,000—and don't even get us started on the super valuable, ultra-fast Giant Gigas Clam, which can be sold for an incredible 15,000 bells. You can easily make 30,000 bells or more per diving trip at Nook's Cranny.

And this may be a small thing, but since there's no character like Flick or C.J. who specializes in buying sea creatures off of you, you never have to worry about hoarding your valuable ones to make a bigger profit later. You can sell everything as soon as you catch it, freeing up inventory space and giving you instant rewards for your work. 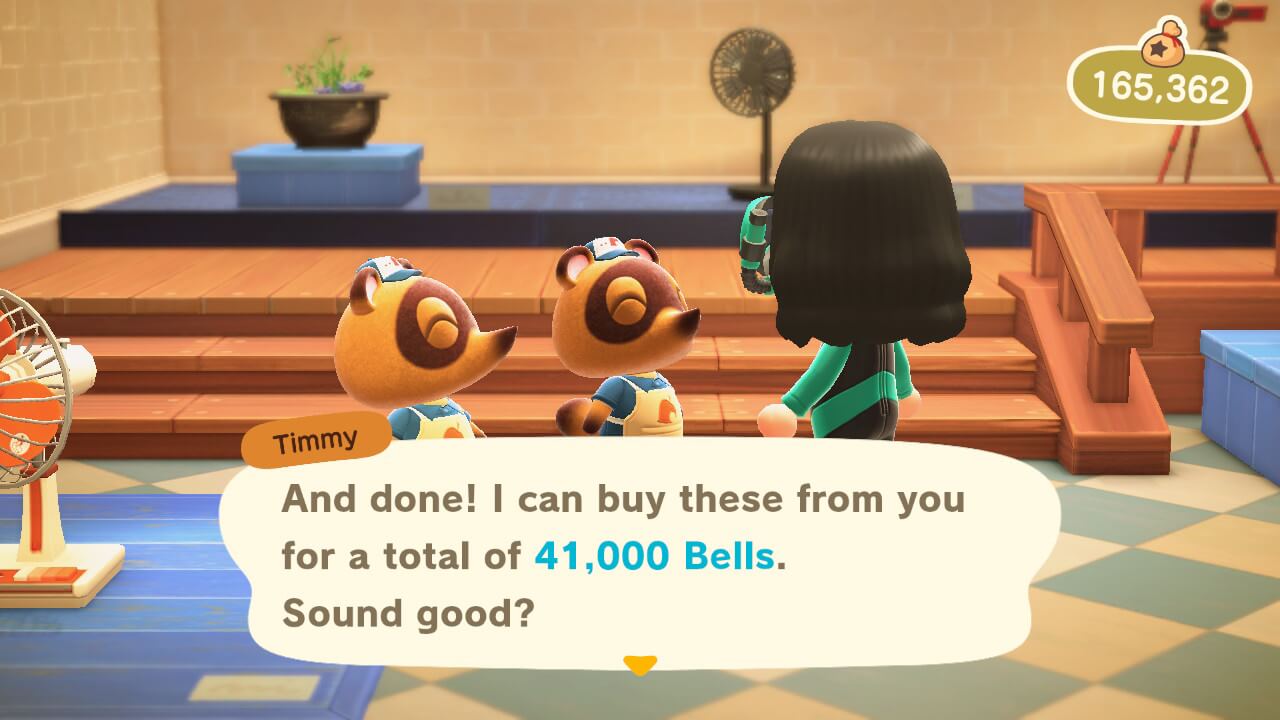 With the exception of the amazing Snapping Turtle, most bugs and fish in Animal Crossing live in a little cage when you set them out as furniture. Things are a little more varied with the sea creatures. Seaweed sits in clumps on tables, and Horseshoe Crabs chill out on the beach like it's nothing.

But we're most obsessed with the Giant Isopods, who hang out in little yellow tubs. We have several guarding our towns, including one on a podium that greets visitors near the airport. Sure, we could make bank selling them, but they're even better as funny little watchdogs. 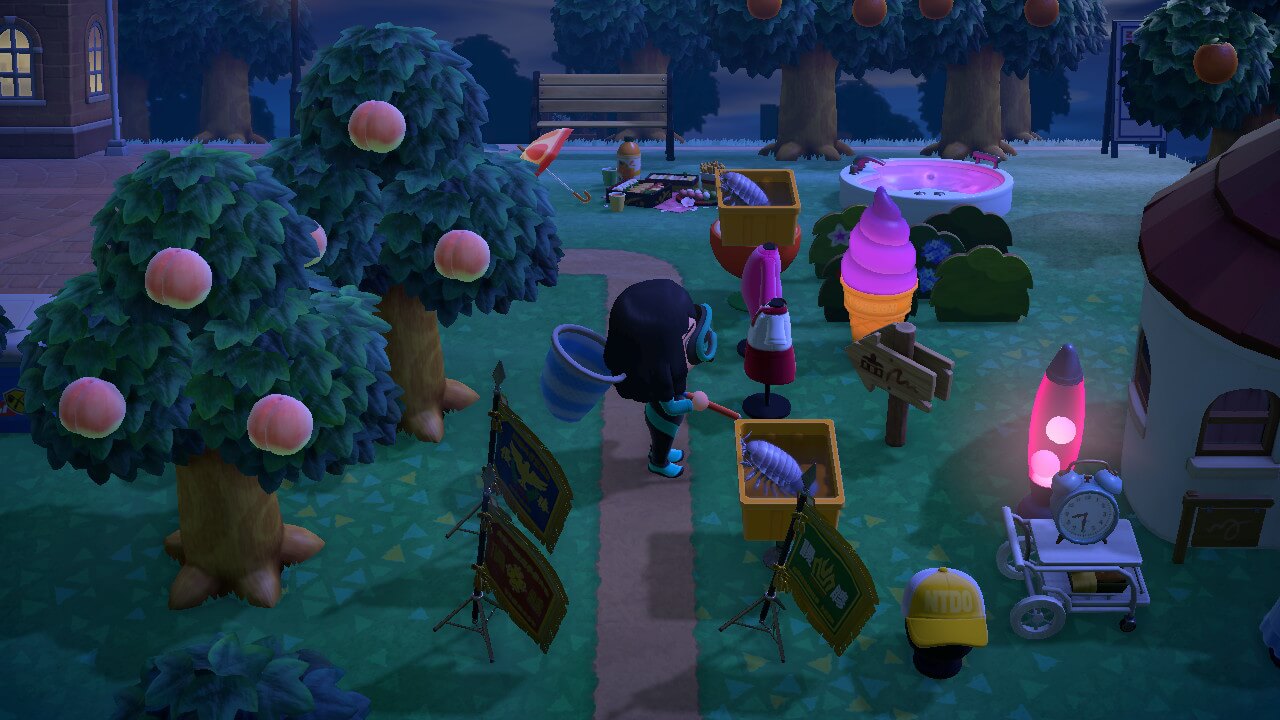 It Gives You a New Perspective of Your Island

Having the opportunity to swim in the waters around your island allows you to see it from a whole new perspective. It's fascinating to view different areas, like your airport, or the rocky shores along the north side of your town, from a new point of view. It also provides an entirely different sense of scale. Our islands feel huge when we swim around them, making us feel even more important to their development and care. 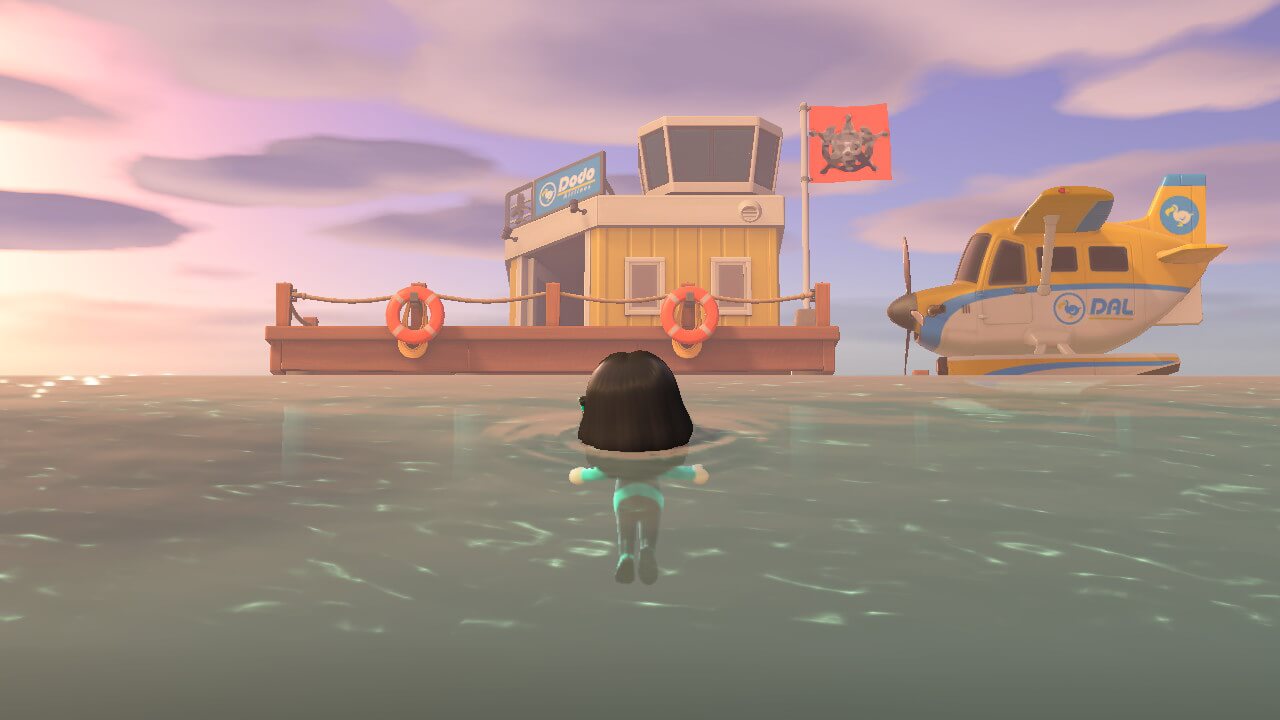 You Get to Meet New People

With the addition of diving also came two new variations of characters to interact with. You might be used to finding a stranded seagull called Gulliver on your island from time to time, but he may now show up in pirate clothing, calling himself "Gulivarrr." We're big fans of his, as finding one communicator in the ocean is easier than digging up five individual communicator parts for him. Plus, the pirate gear he gives as a reward is a ton of fun.

But even better than Gulivarrr is Pascal the otter, who just might be the cutest NPC in the entire game. Each day, he might show up if you find a Scallop while diving and ask if he can have it. It's worth trading, because he'll either give you valuable pearls for crafting or recipes for new mermaid-themed furniture to craft. Plus, if you're fast, you might even catch him on the outskirts of your swimmable area with the scallop on his belly and be able to watch the moment he finally eats it. 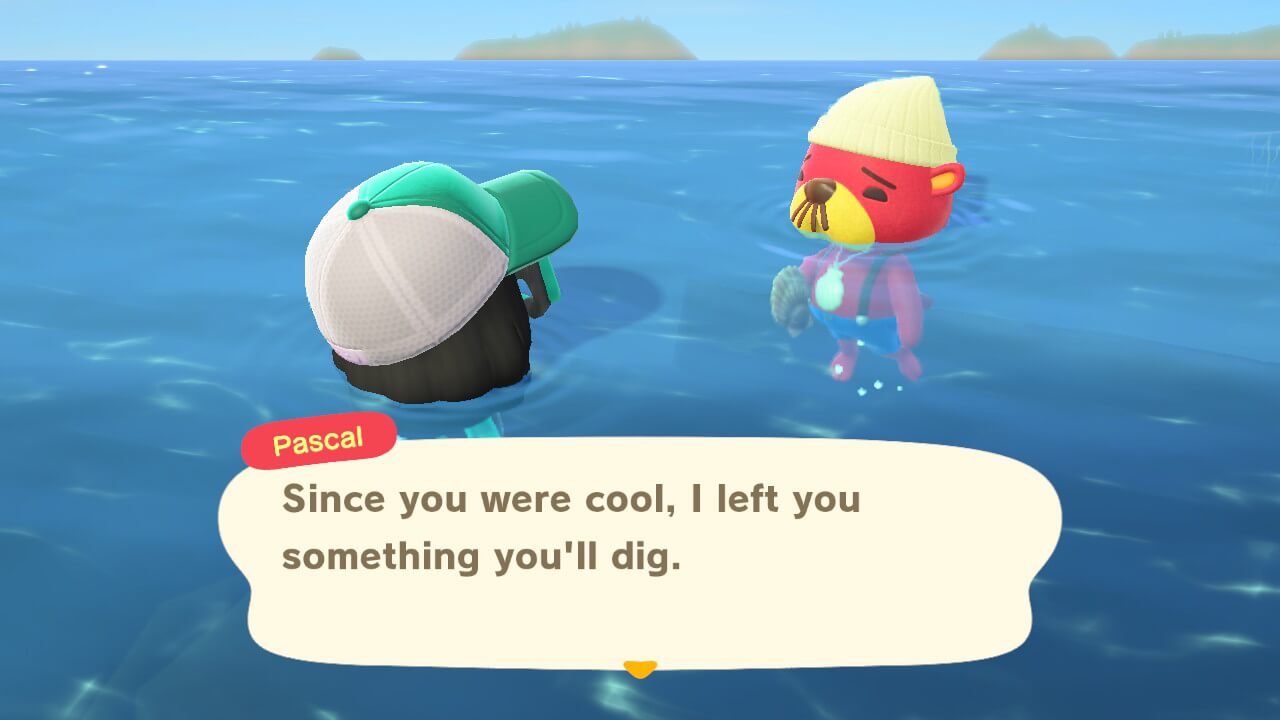 It's Peaceful and Just Plain Fun

Nothing can bother you when you're out on the seas, swimming around and collecting sea creatures. We love diving off of cliffs and our dock into the chilly waters below,  and it's a nice respite if island life is starting to feel tedious in any way. With the music turned down and the sounds of the ocean in the air, it can also be soothing and meditative.

And on those occasions when one of the challenging, extra-fast critters shows up, it becomes more fun instead of stressful because there aren't any negative consequences. If you mess up catching someone, you can always try again. It can't "get away" and you have infinite opportunities to go after it.

But if you are having a hard time with a big, quick creature, we have some tips. Instead of diving down and chasing it underwater, try swimming slowly above it on the surface until you're just above the space where it's kicking up bubbles, and try to land directly on it so you don't have to chase it around deep down, where it has the upper hand. You'll be earning big bells in no time. 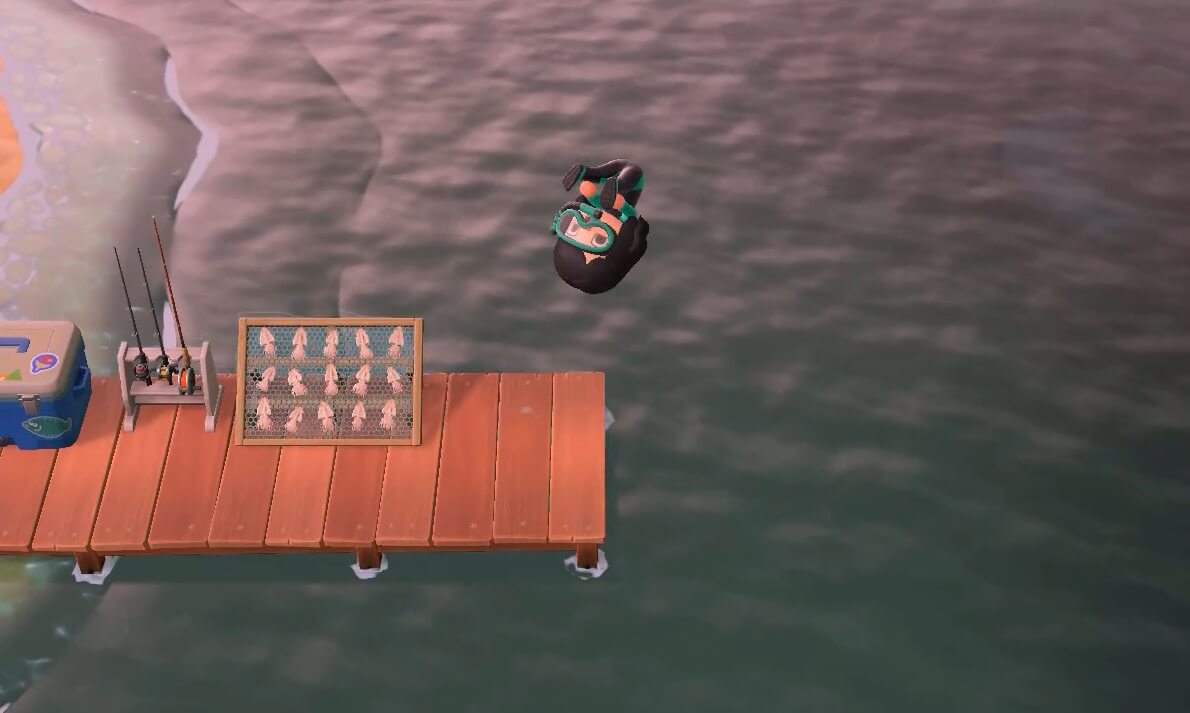