We Love Boy Bands, So 'Why Don't We' Give You the Low-Down on Your New Fave?!

Now that they've shared the story of how they became a band, we thought it was time to get to know these amazing guys as our collective #MCM this week.

They're all crazy talented individually, but came together to form a serious musical powerhouse. Seriously, do yourself a favor and add their newest single "Taking You" to your playlist right now—go!

Good, now that that's settled, we learned a few fun things about their lives outside of the music, including their secret knitting skills, love for Chipotle (same!) and more. Scroll through to find out what else they had to tell us! 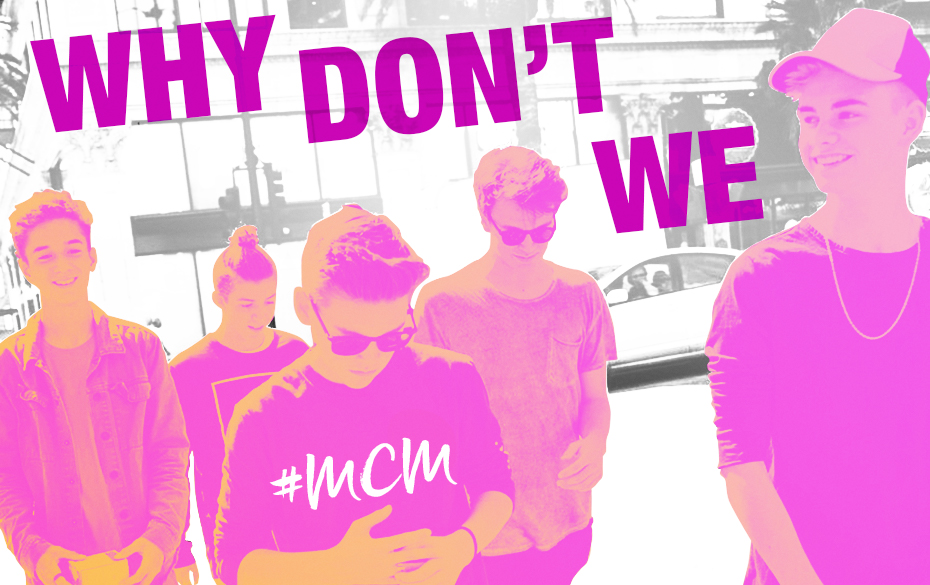 1. Daniel and Corbyn really love their moms' pasta. "My Mom's Fettuccine never gets old," Daniel told Sweety High, while Corbyn added that his mom's Chicken Alfredo is "to die for."

2. Zach has an extensive bandana collection. "I think I have about 30 right now," he said. We aren't even mad though, he rocks the star-spangled look.

3. They've all caught the travel bug and it is getting serious. When asked what's on their bucket lists, Corbyn and Jonah mentioned they want to travel the world. "I want to experience different cultures and see the way other people live," Jonah shared. As for the other boys, Zach has his heart set on visiting Europe at least once, and Daniel wants to fly through a mountain. It looks like Daniel is pretty close to achieving that goal, and nothing beats that view.????

4. The band's go-to restaurant is Chipotle. Zach even said there's "nothing better than it!"

5. Although all the boys are super talented, Jack is what we like to call a renaissance man. "I can skateboard, snowboard, play basketball, guitar and piano," he dished. "I strive to have many talents. When I can't do something I will do it until I'm good at it!" He sure looks good while doing the below, amirite!?????

6. Jonah and Daniel have a few interesting hidden talents up their sleeves. Jonah can knit and crochet while Daniel said he's pretty skilled with a Chinese yo-yo.

7. Corbyn has a thing for airports and collects postcards at each one he flies into. "In a couple years, I'm excited to look back at them and remember everywhere I've traveled," he said. We're not going to lie, airports definitely agree with him, we support this wholeheartedly.????

Now that you know more about our fave newcomers, let's also give love to some of our classic artists by reliving some of THESE amazing past performances.