We're no stranger to obsessing over a boy band. *Cough, cough* One Direction.

And wouldn't you know it, we managed to fall in love with a new boy band who's taking over the scene. 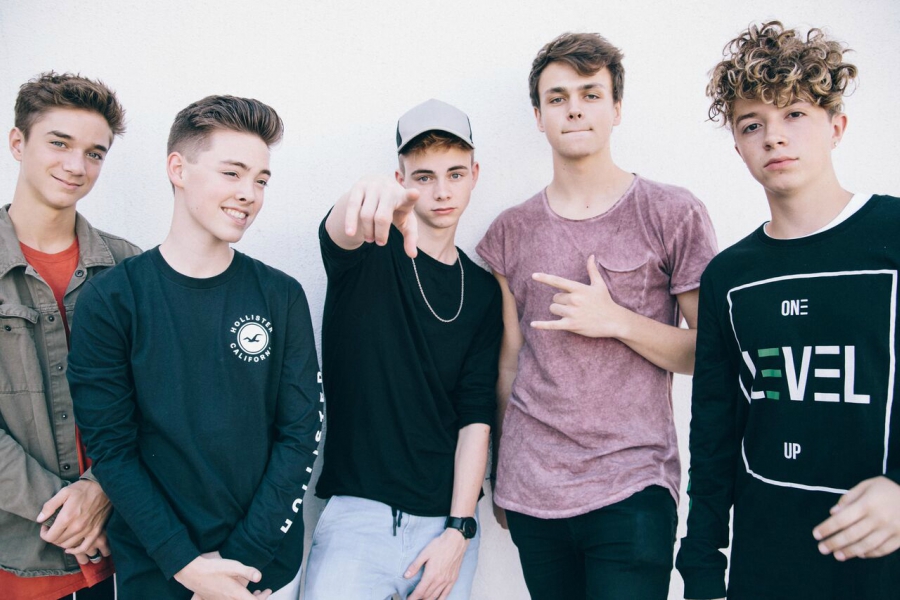 We're talking about the guys of Why Don't We, and if you don't already know who they are, we're here to enlighten you.

We sat down with the guys to find out how they came to be, the story behind their name and the special meaning of their debut single "Taking You."

Ready for them to consume your life?

Sweety High: How did the group form, and what brought you all together?

Jack Avery: I started as a solo artist and then eventually I met these great gentlemen down the road on some social media shows and other events. Then the idea was brought about to maybe form a group. We all had the same aspirations, so starting a band was a no-brainer.

SH: What's the origin of the name Why Don't We?

Corbyn Besson: We were all super excited about starting the group and were like "well, why don't we do it?!" I think it just stuck because it applies to so many spontaneous situations we've experienced as a band.

weekend warriors ???? who else went on some adventures this weekend?

SH: What's one thing you think fans would be surprised to hear about you guys?

Jonah Marais: Between the five of us, we know how to play 25 instruments.

SH: How would you describe the band's musical style?

Daniel Seavey: If Justin Bieber, Justin Timberlake and The Chainsmokers all had a baby, it would be our style of music.

whenever I call you're my lifeline ????

SH: What do you appreciate most about your fans?

Zach Herron: We love how supportive our fans are. Without them, we would be nowhere. They only want what's best for us, which means so much. And they are crazy creative. I love all the edits they put together on social media.

SH: What's something you all love about being in this band?

JA: We all have the same personalities, so we make the same jokes. We're really all just big goof balls, so it's fun.

SH: What's your single "Taking You" about? What does it personally mean to all of you?

DS: We really want to take our fans on a journey with us through our music, and this song was a perfect opener for that. It also has a very fun and positive vibe. That's what we want to achieve with all our music.

If you haven't already listened to "Taking You," get on it. And while you're at it, why not listen to THESE five tunes from The Vamps, JoJo and more.