Why I Gave Up on Riverdale

You started out with a bang. That first season was one of the best debut seasons I've seen from a TV show in quite some time.

Then you tried to keep up when the second season rolled around, but it quickly went downhill from there. And now—well, you're not the show I fell in love with. Series change, but your metamorphosis wasn't for the better.

You're no good for me, Riverdale. So I'm officially breaking up with you. Below, you'll find my list of reasons why I've given up. I'm sorry it worked out this way. But know that it's not me, it's you.

This episode was the beginning of the end for me. I didn't really understand why every character in the series needed to showcase their singing abilities (other than Josie and the Pussycats, of course), but I let it slide when everyone was given the chance to harmonize on a little ditty. Then the musical episode came along and I gave up. Why oh why was this needed? And for a musical that isn't even good? Of all the musicals out there, you chose Carrie? Really?! Who in their right mind thought that was a good idea? Actually, it all makes sense. Whoever decided on doing an episode around Carrie wasn't in their right mind.

For me, this was the moment that the show jumped the shark. Once, I would look forward to you every week and discuss you on the regular with anyone who'd listen. Then you threw a wrench in the whole operation and sabotaged yourself. I fell in love with Riverdale for the mystery, but if I'd known it'd turn into a darker version of Glee down the road, I would've never given it a shot in the first place.

The Bizarre and Outlandish Storylines

The first season had such a strong, carefully thought-out storyline. There was drama, romance and mystery—everything that makes a series great. It left you on the edge of your seat, and while it was still a little bit unrealistic for a teen TV show, it felt so real. Then it ended with the ultimate cliffhanger, leaving us all terrified that the beloved Fred Andrews wouldn't pull through. He did, but the rest of the second season didn't.

Again, I gave up after the musical episode, which was a few episodes before the season ended. But even leading up to that, my fascination with the show started to dwindle as the storylines became totally outlandish and unbelievable. There were FBI agents, long-lost brothers and sketchy visits to Greendale. But none of that compares to whatever the heck is going on now. From what I've seen on Twitter and gleaned from various headlines across the internet, the latest Riverdale mystery for season three revolves around a Gargoyle King. What?!?! How did that come to be? And let's not also forget how Archie got thrown in jail and was able to break out. I don't think anyone I went to high school with ever experienced something as dramatic as that. Before you come at me saying, "It's a TV show! It's not real!" really think about how this current storyline even makes a semblance of sense. But if you're watching just to get a glimpse of KJ Apa's abs, I support you. 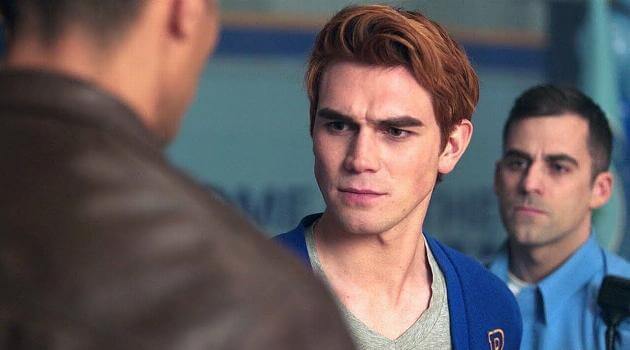 There Has to Be at Least One Musical Number Every Episode

Going back to the show's desperation to turn itself into a musical, why must there be a song and dance number in every single episode? I wouldn't mind if it were only Josie and the Pussycats performing, but why do all the characters need to get involved? I know they can sing, but I really don't care to hear it. Unless it's Cole Sprouse, because I would pay good money to experience that.

But back to every character needing their time in the spotlight. It didn't bother me all that much in the beginning, but then when Kevin Keller had to show off his pipes, that's when I started to get annoyed. And while I haven't watched a lick of the third season, I did see that "Jailhouse Rock" number. I wish I could erase that from my memory, but that won't happen until a much more unnecessary musical break happens on Riverdale.

I Have No One to Root For

I fell hard and fast for every single character on the show in the first season. Heck, even the gross Miss Grundy found a way to sneak into my heart. The only other show that ever made me feel that way about its characters was (and still is) The Office. I know, two completely different shows, but both with characters worth caring about… well, at least for the first season of Riverdale. Betty, Veronica, Jughead and especially Archie started to get on my nerves. It was like a pimple that popped up out of nowhere that I couldn't get rid of. Their character developments went from zero to 100 real quick, and not in a good way. They all became whiny little brats, and though they're definitely valid in acting that way—especially considering all that's going on in their lives—I no longer empathize with them like I once did. I couldn't care less about anyone in the town of Riverdale, except for Cheryl, which brings me to my next point. 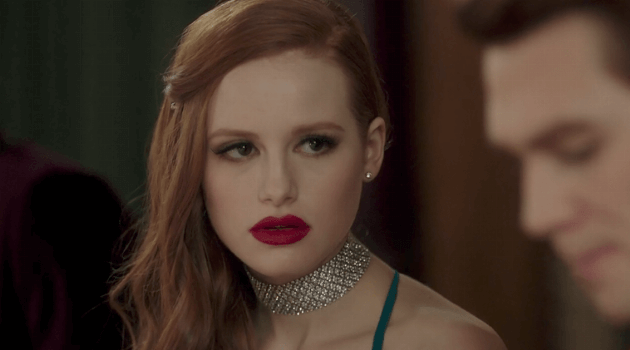 Cheryl was one of the biggest reasons I loved Riverdale. Everything about her is perfect. She's a multi-dimensional character who you love to hate, but also love to love. But for some reason, she slowly but surely started to receive less and less airtime. Whoever decided that was a good idea should be fired immediately. I know that sounds dramatic, but I'm serious. Cheryl is still my shining glimmer of hope that this show isn't that bad. But if I'm being totally honest, let's just cancel Riverdale and give Cheryl her own spin-off series. I'll draft the petition now.

There Hasn't Been a Riverdale and Chilling Adventures of Sabrina Crossover

Another reason I held out for this show was the possibility of a Riverdale and Chilling Adventures of Sabrina crossover. The second it was announced that a Sabrina reboot was in the works and being written by the showrunner of Riverdale, I prepared myself for the possibility of a crossover. Then I waited and waited and waited and waited some more. With each and every episode it didn't happen, I began to realize that I was only watching Riverdale to get a glimpse of Sabrina. I didn't really care about the CW show anymore—I just wanted my beloved teenage witch to get some screen time. When she didn't and CAOS finally aired, that was the straw that broke the camel's back. Sure, there's still potential for a crossover, but at this point I'm not holding my breath. Riverdale is dead to me. There, I said it. 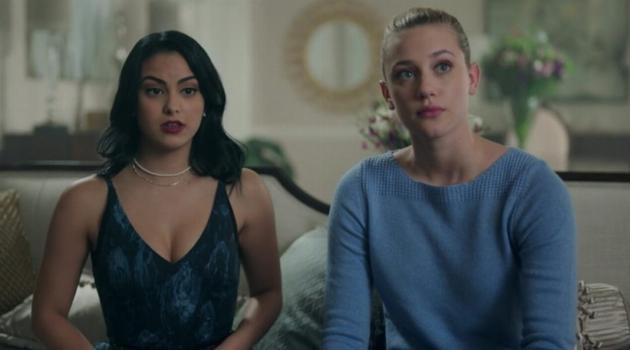 If you haven't quite given up on the drama and are still as involved as you were on day one, HERE are 10 signs Riverdale has basically become your life.