I've always adored narrative-driven games, and I only had to watch seconds of the Wide Ocean Big Jacket trailer to know that it was just my type.

With its simple and blocky art style, quirky characters and strong emphasis on funny dialogue, it had a ton of appeal. I was delighted when I reached out to developer Turnfollow and they generously provided me with a review key for the game on Nintendo Switch. Once they did, it wasn't long before I booted it up and set off on my brief, but highly satisfying, camping trip with Mord and the gang.

Wide Ocean Big Jacket tells the story of an almost-family of four on a camping trip together. There's 13-year-old Mord, an uninhibited and outspoken girl finding her way in the world, plus her shy boyfriend Ben, and her aunt and uncle, Cloanne and Brad. It's a playable narrative that allows players to take control of all four campers as they walk around various campsite locations and interact with the world, as well as each other. Deciding to chat with another character initiates dialogues that are sometimes funny, sometimes quite serious, but that always feels realistic and authentic to the cores of the characters. 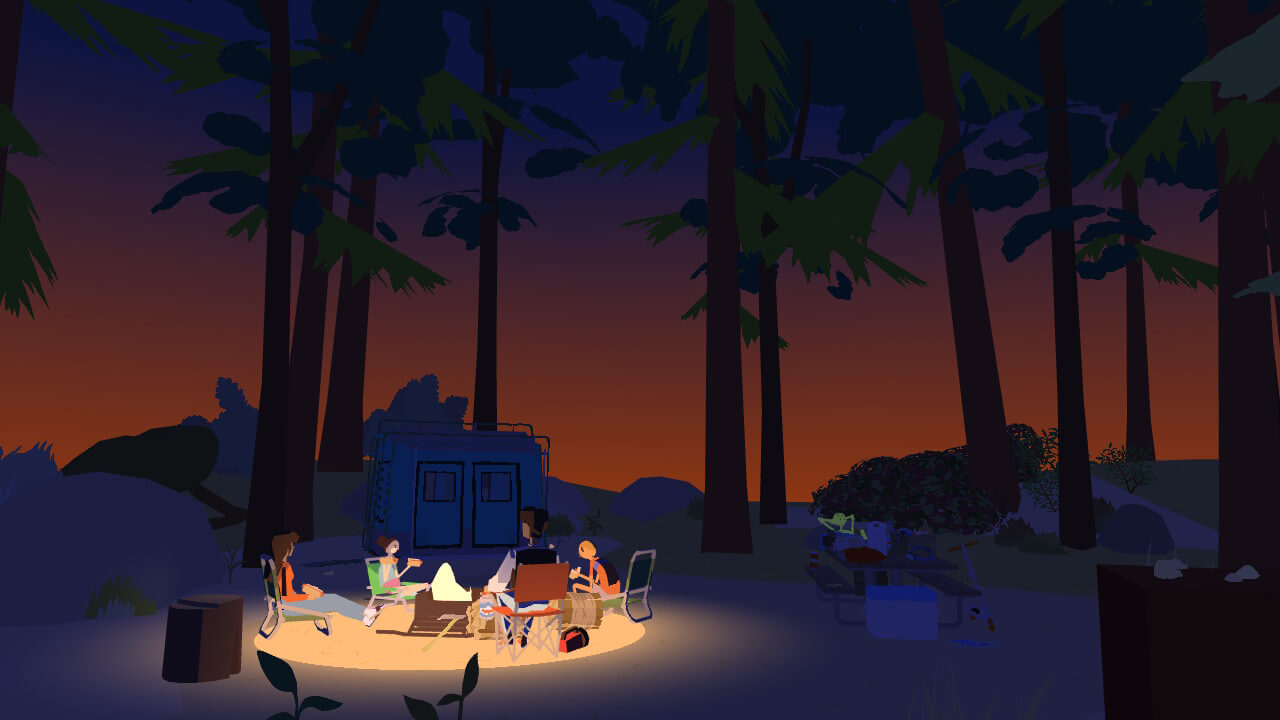 Nothing supernatural or particularly unusual happens on the camping trip, but that's not the point. It's a mundane slice of life, and there's a special beauty in that. The game consists of 20 short chapters, each taking just a few minutes to complete, so it never goes too long without introducing a new experience, whether that's dealing with mean teenagers on the beach, or going birdwatching in the forest, or roasting hot dogs over an open flame.

The game world isn't huge, and you're always aware of  the boundaries because the game prevents you from going off the beaten path by only drawing out the interactable part of each area. Still, you're free to explore to your heart's content, and you might even discover fun little secrets that not every player will see along the way. The game world is made more real with unusual details and dialog that always rings true. For example, Brad and Cloanne bring a glow-in-the-dark skeleton, named Glowbones, with them on every camping trip. While it's weird, it also feels like something a quirky, outdoorsy couple would genuinely do. It makes them feel real. 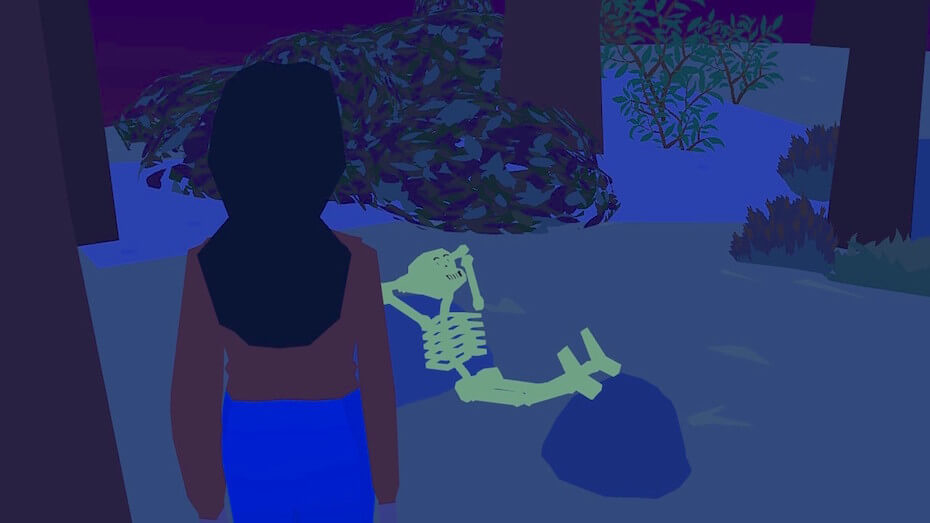 You'll also be offered up choices from time to time, and even though they don't seem to have much of an impact on the overall story arc, what matters is that the player gets to experiment and do things their own way. At one point, I decided to have Mord use the men's restroom just to see what would happen. There were zero consequences, but I did feel that my experience was richer because I got to make that silly choice. 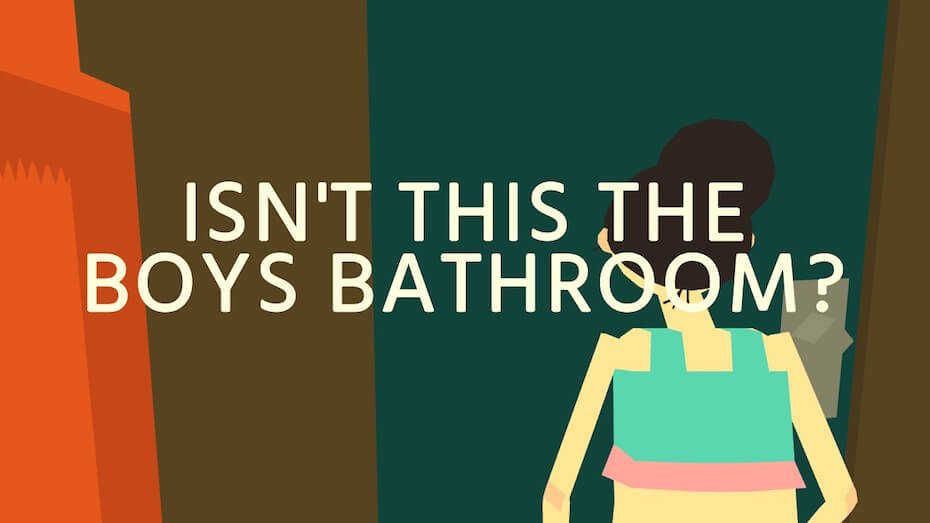 While you don't get to spend a very long time with them, you grow to understand and love each character by the time the game wraps up. It's not just about getting to know the characters themselves, but also seeing how their relationships grow and change the more they open up and share with each other. Toward the conclusion, Mort and Ben's discovery of the perfect stick in the woods felt like an actual breakthrough, turning the choosing of which character to pass it on to next in a special goodbye ceremony into a weighty decision, not to be taken lightly. 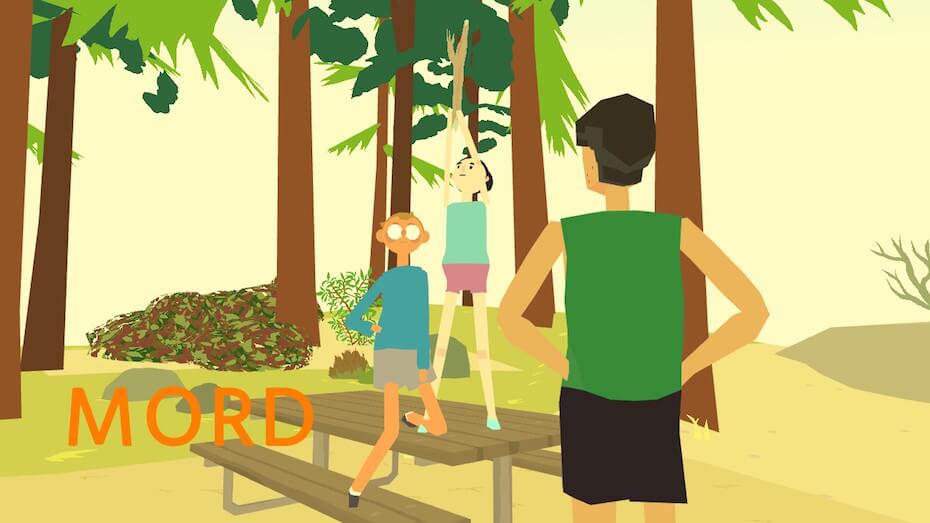 In just a short time, the game captures the essence and spirit of a family camping trip in all of its majesty, and its discomfort, and its awkwardness. On the one hand, it's focusing on Mord and Ben's young relationship, and all of the sweetness and uncertainty that come bundled up with it. It explores the odd, close-but-not-that-close relationship we share with our aunts and uncles, and grappling with the level of trust that comes along with it. At the same time, couple Brad and Cloanne tussle when an old point of contention resurfaces only because the trip is going so well. 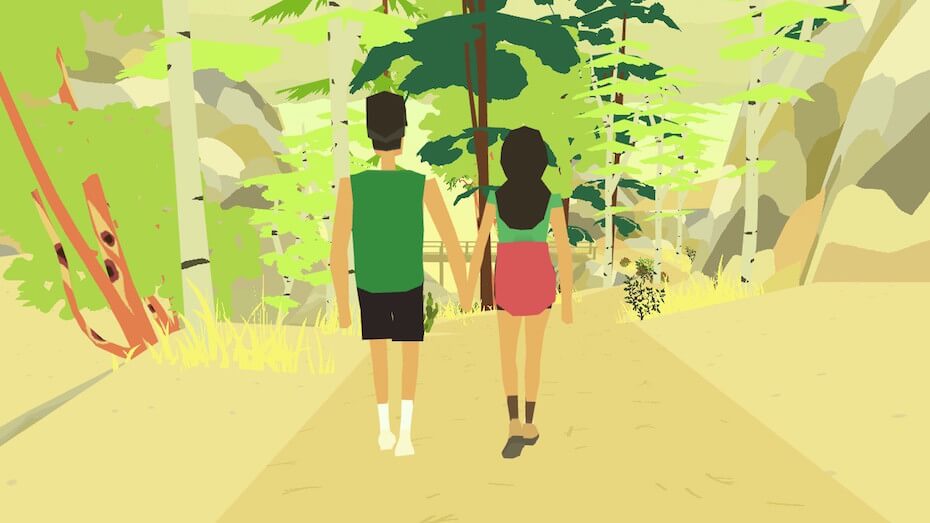 Overall, it's a beautiful little tale that moved me without bringing me to tears, and felt realistically tense without making me anxious. The game also features a legitimately spooky campfire story right at the midpoint of the game that sent shivers down my spine and kept me on my toes. 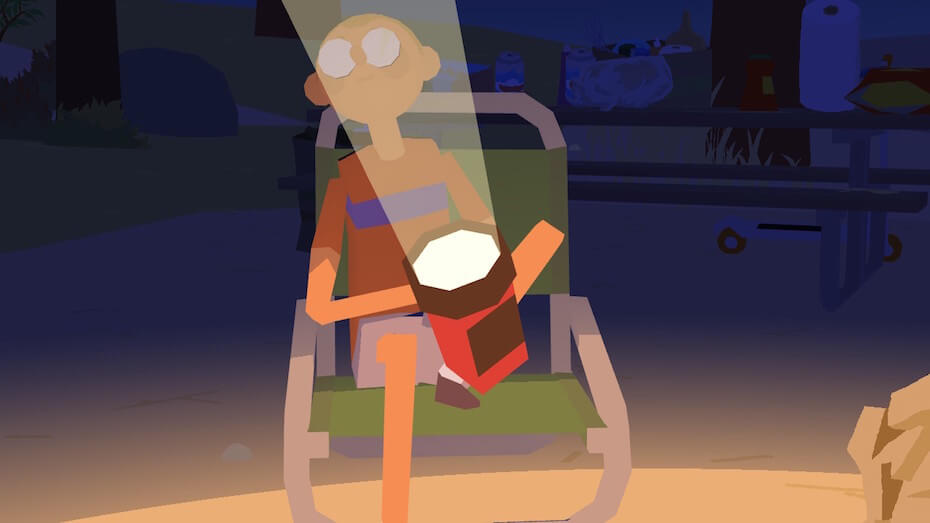 The boldly shaped art isn't incredibly detailed, but it is beautiful and inviting, giving a certain rustic feel to the whole trip. It reminds me of a slightly rougher Untitled Goose Game, and if you love the visuals of that title,  chances are this game's aesthetic will appeal to you as well. It's all backed by a soothing and melodic, yet barely-there soundtrack that moves the entire journey along.

I was able to complete Wide Ocean Big Jacket in a little over an hour, and I thought I was pretty thorough in my exploration of the world it had to offer. In my head, it seemed to be even shorter than that, flying by as I drove the story forward and learned about this special little family. I don't know if that's a good thing or a bad thing, but regardless, I think it's worth the $8 price tag.

By the time the credits rolled, I wasn't exactly sure why it was titled Wide Ocean Big Jacket. Still, I found that title to be perfectly evocative of the charming and unusually quirky feel of the game.

Wide Ocean Big Jacket is available on Steam and in the Nintendo Switch eShop for $7.99

Love games that tell stories? Click HERE to see if What Remains of Edith Finch might be your next Switch purchase.