I'm always up for trying innovative and unusual ice creams, which unfortunately means that I wind up downing a lot of empty calories.

It's usually worth it, but sometimes I wish there was a way to get my ice cream fix without thinking about how much cream and sugar I'm putting into my body. So when I spied Wink Frozen Desserts in an Instagram ad one day, I was immediately intrigued.

According to the post, these desserts contain only 100 calories per pint. I had to know more, so I reached out to the company and secured one of each of their 12 flavors for a taste test to find out if Wink was the real deal.

Wink Frozen Desserts may look like ice cream, but they aren't. They contain no milk or cream, instead using yellow peas to create an ice cream-like texture, and they forego sugar by sweetening with stevia and monk fruit, a melon found in China and Thailand. These desserts were developed to contain none of the eight most common food allergens, making them sugar-free, gluten-free, nut-free, soy-free and also vegan. That special blend of ingredients also has the added benefit of being super low-calorie, with each flavor having only 100 calories per pint.

But how would they taste? There was only one way to find out.

As excited as I was to dig into my desserts once my pack of 12 flavors arrived, I had to be patient. I gave the pints a full day to acclimate to a regular freezer temperature after being shipped with dry ice before I opened my first flavor. Even then, the peelable seal liner told me to "Let me soften," so I gave it an additional 15 or 20 minutes to thaw each time. I could tell that if I didn't, the "ice cream" would be hard to cut into with a spoon and the texture would be all wrong. I had to repeat this process every time I tried a new flavor, but it was worth it to get the full Wink Frozen Desserts Experience.

Everyone on my team was especially eager to try the Cinnamon Bun flavor, so that's what we tasted first. Funnily enough, it wound up being one of my least favorite in the bunch. It wasn't that smooth or creamy, and instead had a texture more closely resembling that of frozen lemonade. Taste-wise, it had an herbal flavor, reminding me of a rooibos tea, and the sweet aftertaste immediately called up memories of eating rice cakes. Though I didn't find the taste unpleasant, it took a little getting used to. I think overall, this flavor isn't for everyone. 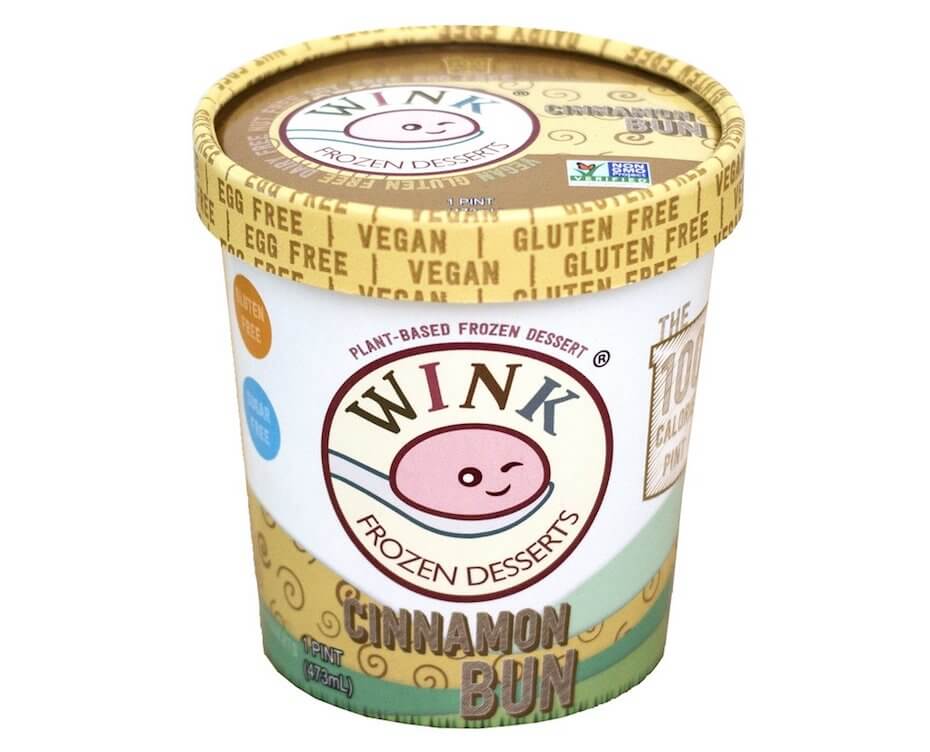 While this flavor didn't immediately evoke autumny PSL vibes for me, I did like it off the bat more than Cinnamon Bun, and I thought the texture was smoother, too. Rather than making me think of pumpkin spice or coffee, the taste instead reminded me of a root beer popsicle, with an earthy hint of spice. By the time I tried this flavor, I became used to the stevia aftertaste, making it a pretty pleasant easting experience. 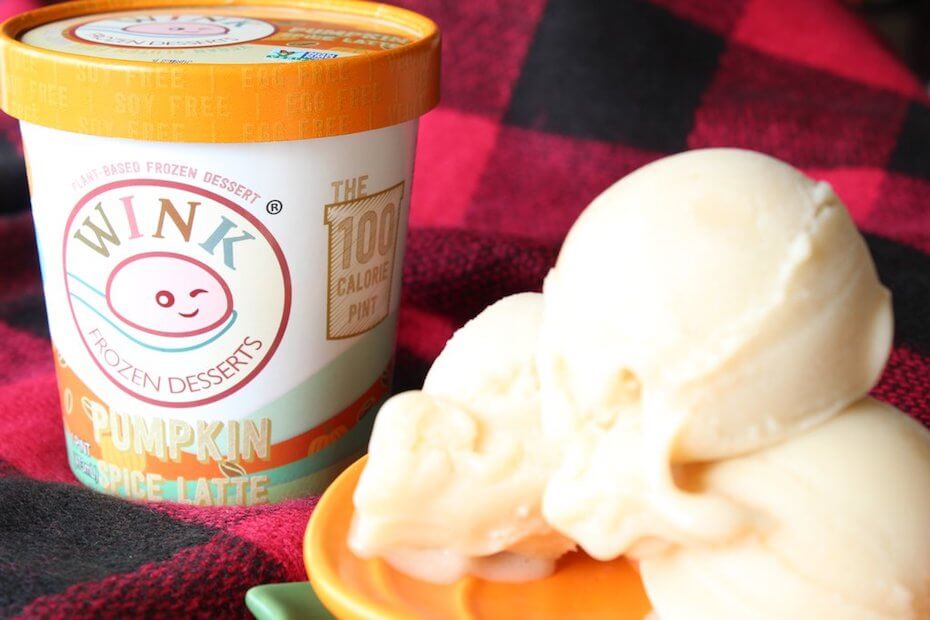 I was expecting something entirely different with this flavor, but that's not to say it wasn't any good. It has a sweet, light caramel taste, though I couldn't locate any salty flavor. This one also reminded me of a rice cake, though the caramel flavoring enhances this one quite a bit. Though it might not totally help you with a caramel craving, it's pretty tasty.  But I do think it could have been made even better with just a hint of salt. 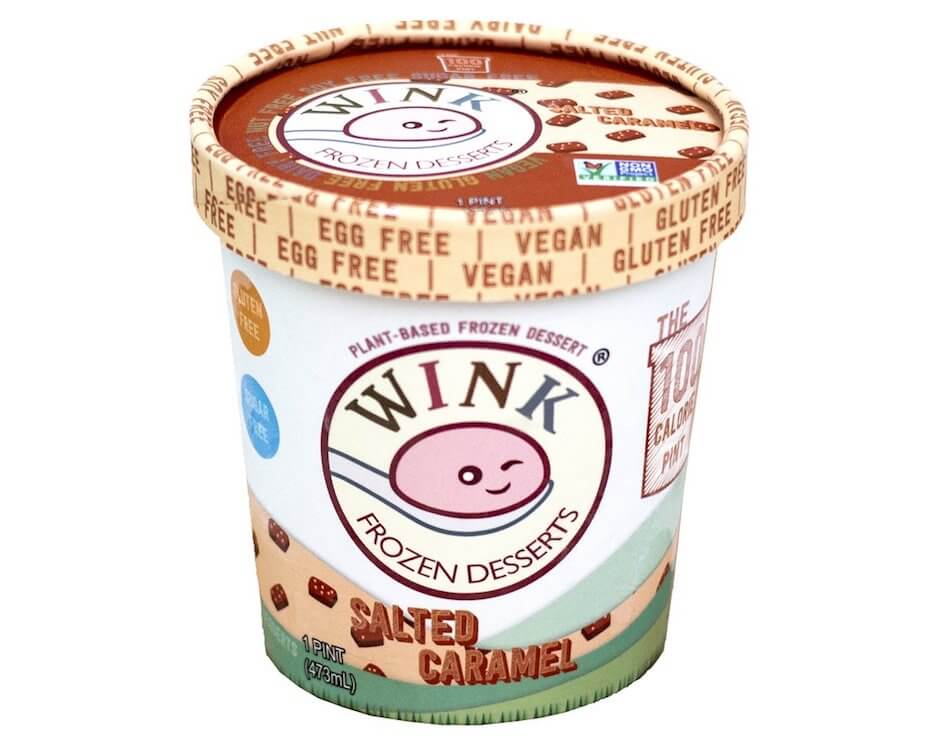 As soon as I lifted the lid off this pint, I was hit by the strong smell of strawberries and cream. It made me super excited to have a taste, and I wasn't disappointed. In terms of texture, this could pass for real ice cream. It has a smooth texture, and a satisfying strawberry flavor. Though I couldn't really detect anything in the taste resembling cheesecake, I found it really effective overall, and it ended up being one of my favorite flavors in the batch. 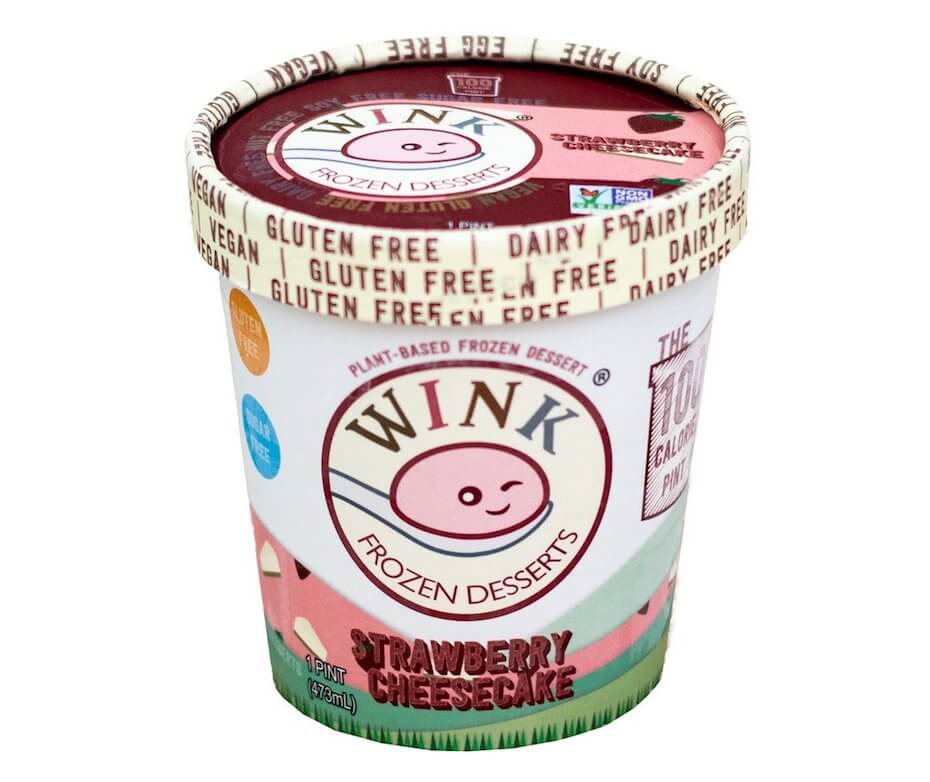 When I opened up this flavor, I was a little surprised by its aroma. I expected something buttery and hinted with vanilla, but instead I thought it smelled kind of fruity and banana-like. When I took a bite, I found that it also tasted a little like banana, but had a slight vanilla aftertaste. The texture was also rich and creamy, getting pretty darn close to actual ice cream. While I don't think it actually tasted much like cake batter, I did like it. 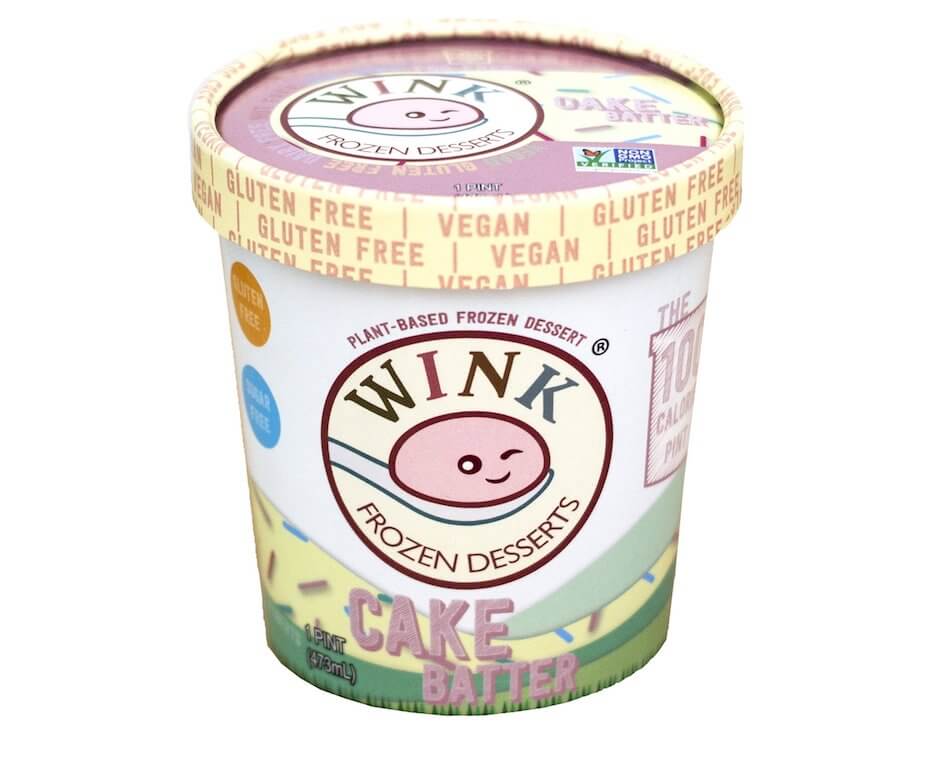 This flavor smelled exactly like a York Peppermint Pattie, which made me really excited as soon as I opened it up. I found the peppermint flavor to be pronounced and delicious, and though the chocolate flavoring was more subdued, it was there, making for a delicious mix. I'm actually not a fan of chocolate ice cream in general, so I appreciated the subtler flavor. It was really creamy and really hit the spot for me, falling just short of being my favorite flavor. 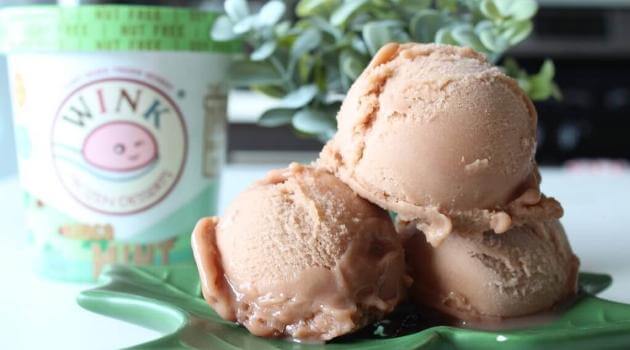 I wasn't expecting this dessert to be light brown in color, rather than yellow, but when I reread the name, it completely made sense. At first bite, I tasted something quite sweet and cake-like and wasn't getting the lemon at all, but in the aftertaste, I did get a hint of that slightly tart, citrusy lemon flavor. While I thought it could do with a bit more lemony sourness, it was still a satisfying flavor overall. 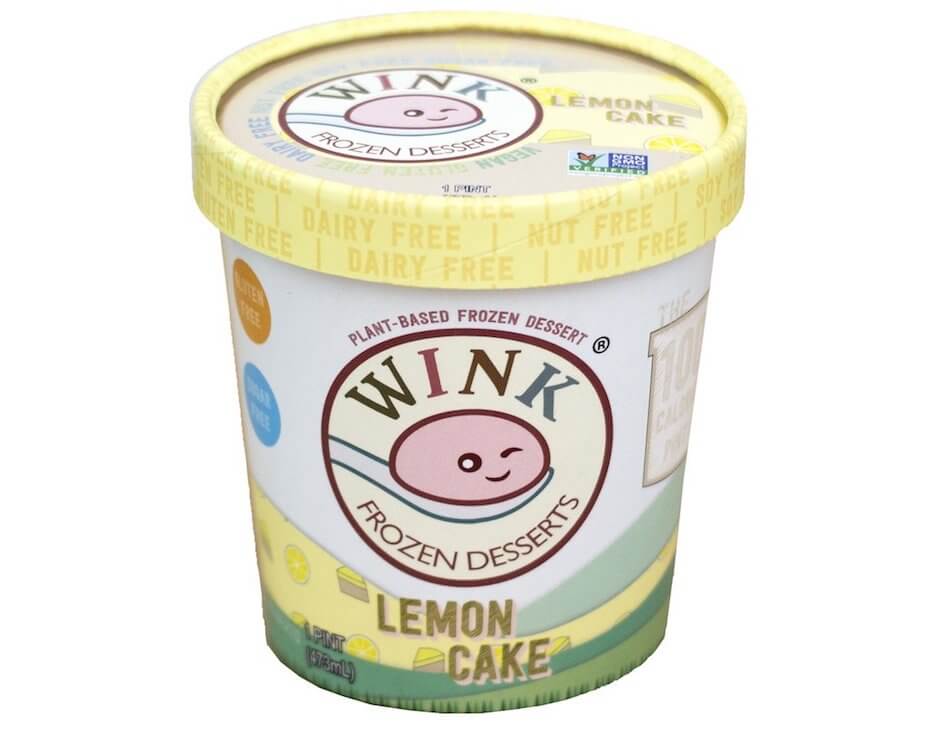 After trying many other flavors, I was curious to see what their plain vanilla might taste like. I could see little specks of vanilla bean seed throughout, and found that the lightly sweet flavor was pretty neutral overall. In fact, I thought it tasted more like birthday cake than Wink's Birthday Cake flavor—but that's just me. 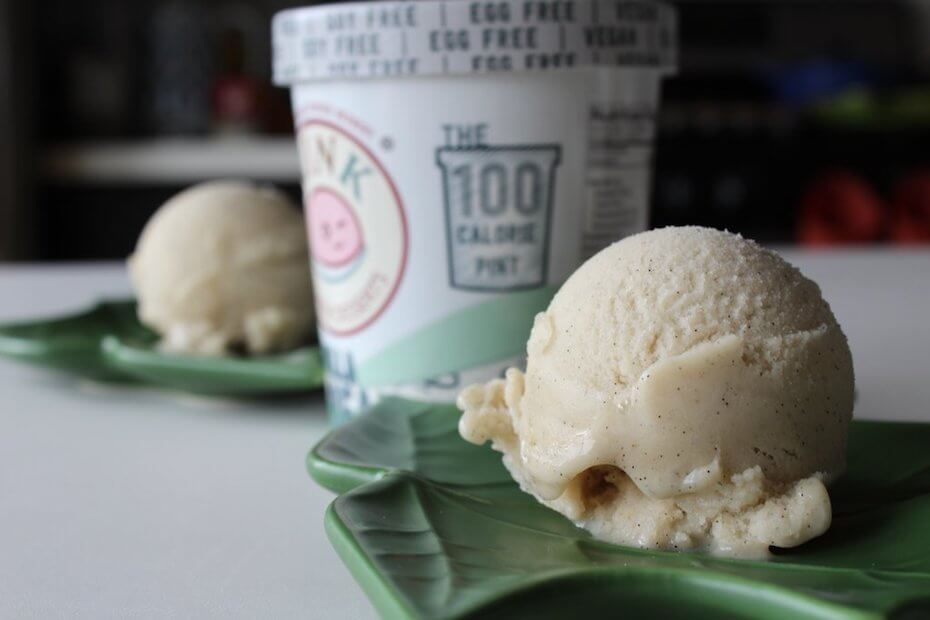 Wink's S'mores flavor tastes like rich dark chocolate ice cream, making it my favorite of all of their desserts. I could really taste the rich cocoa powder, and I felt that the sweet aftertaste of stevia somewhat imitated the sensation of biting into a fluffy marshmallow. Though it might be nice if there was some graham cracker texture to it,  I'm sure that would make it a lot more than 100 calories to do so. I loved this flavor so much that I'm not slightly tempted to add them myself when I'm not in the mood to be healthier. 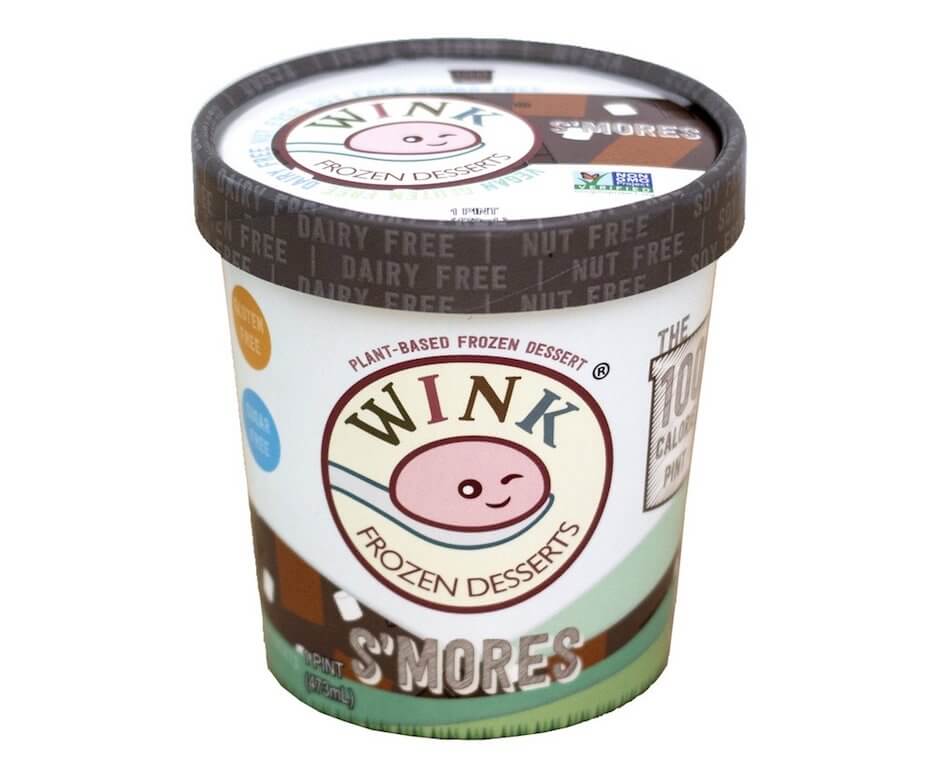 This flavor also contained cocoa powder, but the chocolate flavor was a lot lighter. After the S'mores flavor was so delicious, I was expecting a little more out of this one, but the flavor wasn't too bad. It's also the first cookie dough "ice cream" I've ever heard of that doesn't actually include any cookie dough bits, so I was a little disappointed in that regard, and the flavor didn't necessarily taste like it either, but it was decent in terms of providing a chocolatey taste. 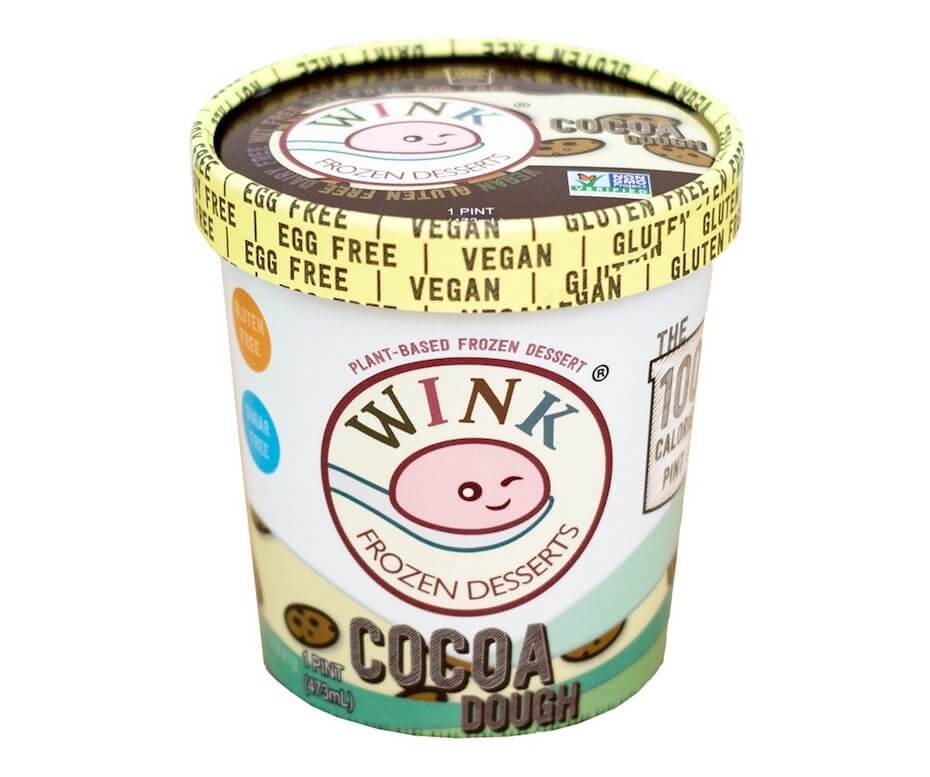 Like the Strawberry Cheesecake flavor, this one smelled so good when I peeled it up. The flavor wound up being quite light. It went down smoothly, and I don't think it had as strong an aftertaste as some of the other flavors. Sometimes, I'd get a hint of tart strawberry flavor. Though it tasted a little artificial, it was still really tasty—though I think the Strawberry Cheesecake is a tiny bit better overall. 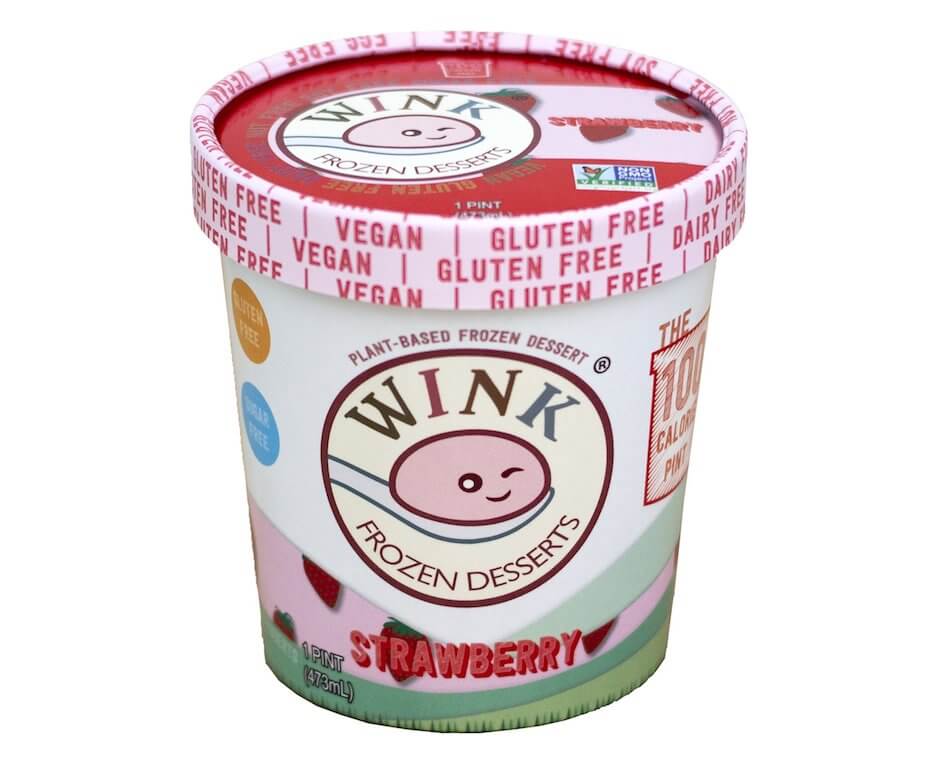 Last but not least, I tried the Dark Chocolate flavor, which immediately reminded me of a Frosty from Wendy's. That's definitely a good thing. The dark chocolate tasted rich, and the sweet aftertaste complemented the flavor rather than detracted from it. It was similar to the S'mores minus a little bit of the sweetness, and it was nearly as good. 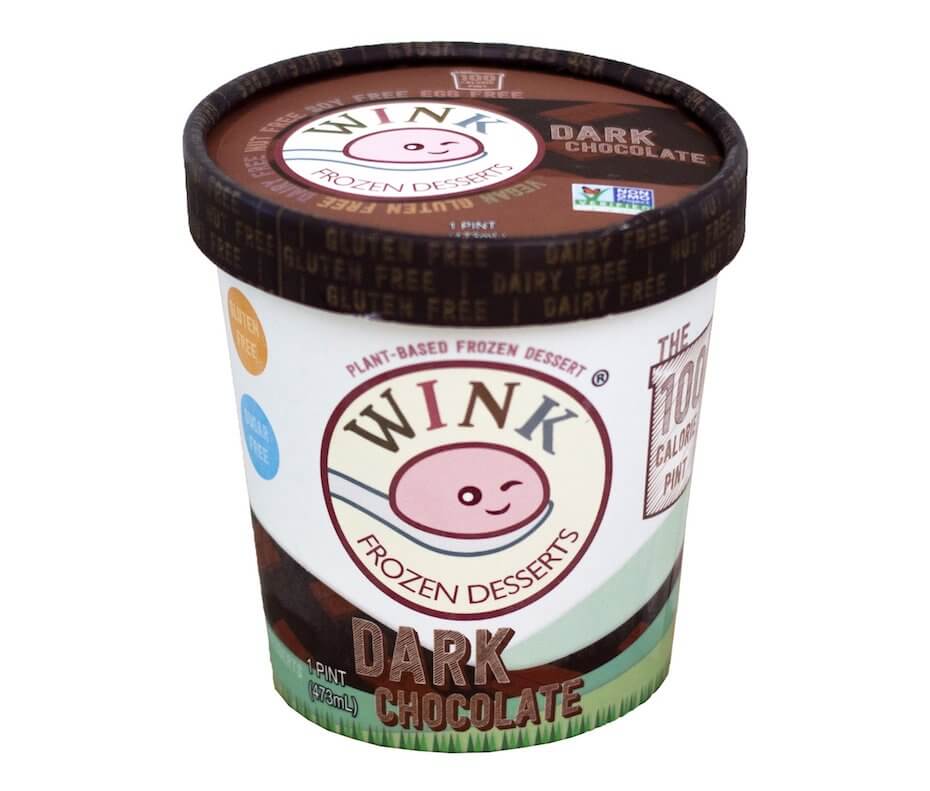 If you avoid regular ice cream because of dietary preferences, food allergies or just because you're trying to cut out unneeded calories, I think Wink Frozen Desserts are worth a try. Though the Stevia aftertaste can take a little getting used to, they have a few truly delicious flavors once you know what you're in for. While I had four that I really loved in the batch, you might discover that you have your own preferences. They also require a little bit of patience to enjoy at their best, but believe me that it's worth the wait.

Wink Frozen Desserts cost $8 per pint, which isn't exactly cheap, but is definitely less expensive than buying a pint from a high-end ice creamery. There's a four-pint minimum when you order, as everything ships frozen, and shipping is $10—or free if you order at least $48 of Wink.

If you're an ice cream purist, you might be totally turned off by these desserts—and that's okay. If you're bothered by the lingering and slightly artificial aftertaste of stevia, then you probably won't get much out of Wink. But if you go into it with an open mind and an eagerness to try something new, you might just discover a dessert to satisfy all your cravings, without the calories.

You can also click HERE to find out if Wink Frozen Desserts are sold at a grocery store near you.

If you're, not watching the calories, click HERE to find out about [ma-ka-rohn], the actually affordable online macaron delivery company.