Magnetic eyelashes took over the beauty world in 2017.

Everyone was obsessed them, but they weren't the easiest thing to obtain—seeing as they sold out within five minutes after they were restocked.

And let's not forget to mention the hefty price tag that comes along with picking up these bad boys. Sure, they'll last way longer than normal falsies, but paying between $60 – $70 for them isn't something I can personally justify splurging on.

So I did what any cheapskate would do, I turned to Wish. If you're not familiar with Wish, it's a site that sells virtually anything you can imagine for a very, very low price.

I was able to find a pair of magnetic eyelashes, among some other interesting items, for only $1 plus another buck for shipping. Without hesitation, I ordered a pair. Scroll below to read about my experience!

As mentioned above, I purchased these $1 magnetic eyelashes from Wish.

If you search magnetic eyelashes on the site, you'll find a ton of different options. The only reason I picked the ones I did is because they were the cheapest that I found.

For the ones I bought, there were 13 different style options (see the exact pair I bought HERE). I went with style No. 10, which is one set of lashes with three magnets glued onto them. 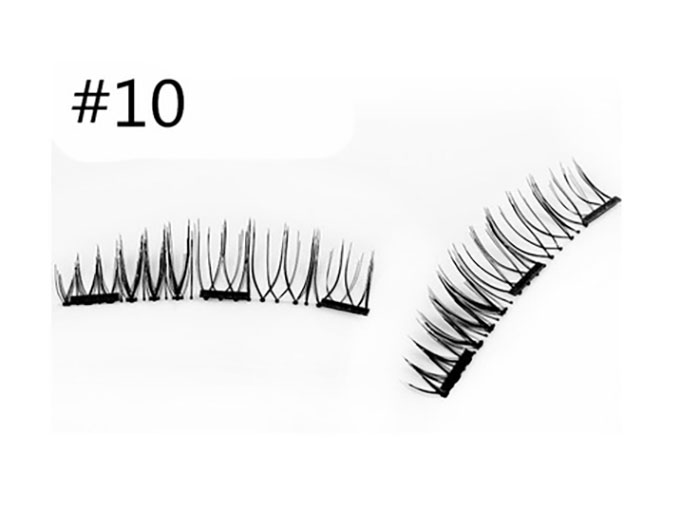 The point of magnetic lashes is to last way longer than normal falsies. You don't need glue to apply them, so it also eliminates the mess that comes along with using that.

I purchased these guys in February and they arrived a little over a month later, which is pretty typical for anything you order from Wish. So if you want these before a specific event, plan accordingly.

When they arrived, I was shocked at how nice they looked. I definitely didn't expect them to be at all similar to their pictures. 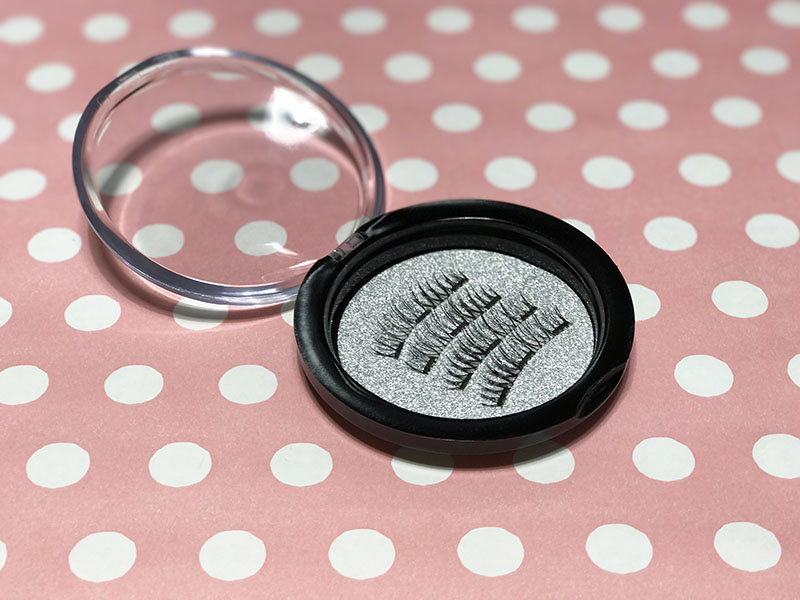 (Almost as good as the real thing.)

The compact they came in was broken, but the lashes were totally fine. The magnets did in fact work when I first tested them, which was a nice surprise.

Applying them was quite the experience. I've never actually applied false lashes, expect for one other time many moons ago. These bad boys didn't come with anything to help me put them on, which made me think it'd be relatively easy. Plot twist: it wasn't.

I had to watch four different application videos and probably spent a cool 45 minutes trying to get them to stay put in the right place.

Because they were longer, I did cut them a bit to better fit my face. I don't know if that was the best thing to do, but they were only $1, so I didn't care if I ruined them.

Eventually, I got them on. And my lashes looked amazing.

(A little zoomed in before and after for ya!)

I was beyond proud of myself when I finally got them on, but they definitely started to get annoying after a while. Again, I'm not used to wearing falsies, so I didn't keep them on for very long.

I did sport them long enough to ask some of my coworkers what they thought. Obviously, they all knew they were fake. But when I asked how much they thought I paid for them, they guessed between $40 to $60. Needless to say, they were floored when I revealed I purchased them for $1. 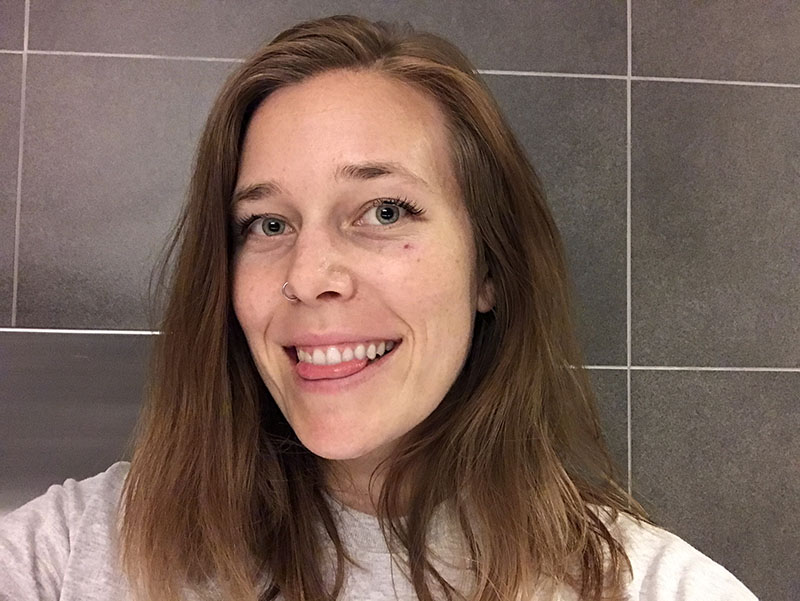 I don't know how often I'll be rocking these lashes, but I am not at all mad about my purchase. They cost me a whopping $2 and they actually work. Purchasing anything for that cheap, you run the risk of it not exactly being what you wanted. But that was not the case with these lashes.

If you're experienced with applying false lashes, definitely snag yourself a pair from Wish. They're inexpensive, but they look like the real deal. And if you're not good at applying falsies, these are perfect to learn with. What more could you really ask for? And of course, if all else fails, just hop on over to your local makeup counter and ask them to apply them for ya!

Since I purchased the lashes, the price has gone up to $3 for the set, but it's still a bargain compared to how much they cost elsewhere. Just be prepared to wait a while for them to be delivered.

If magnetic eyelashes freak you out, HERE are some other false lash alternatives that may work better for you.