Watching Wonder Woman made us feel like powerful women who can do anything, and we're pretty sure we weren't the only ones.

Part of what made the movie so effective was the costuming, which made Diana and the other Amazonians look strong, chic and effortlessly cool.

[featuredvideo video_id="YkzToRbA"]
If you loved the costuming in the film as much as we did, you can actually see it all in person now thanks to the new Wonder Woman exhibit at the Warner Bros. Studio Tour Hollywood.

The exhibit is full of real props from the film, from Amazonian weapons to equipment from Dr. Maru's lab, as well as costumes from all of the main characters designed by Lindy Hemming. Of course, our favorite part was Gal Gadot's costumes.

Around the first corner, the tour shows off Diana's incredible Amazon training armor from the beginning of the film on Themyscira. The leather costume has a handmade quality and the outfit itself looks like it would give exactly the kind of flexibility required for the Amazon's physically demanding exercises. It's certainly one of our faves from the movie. 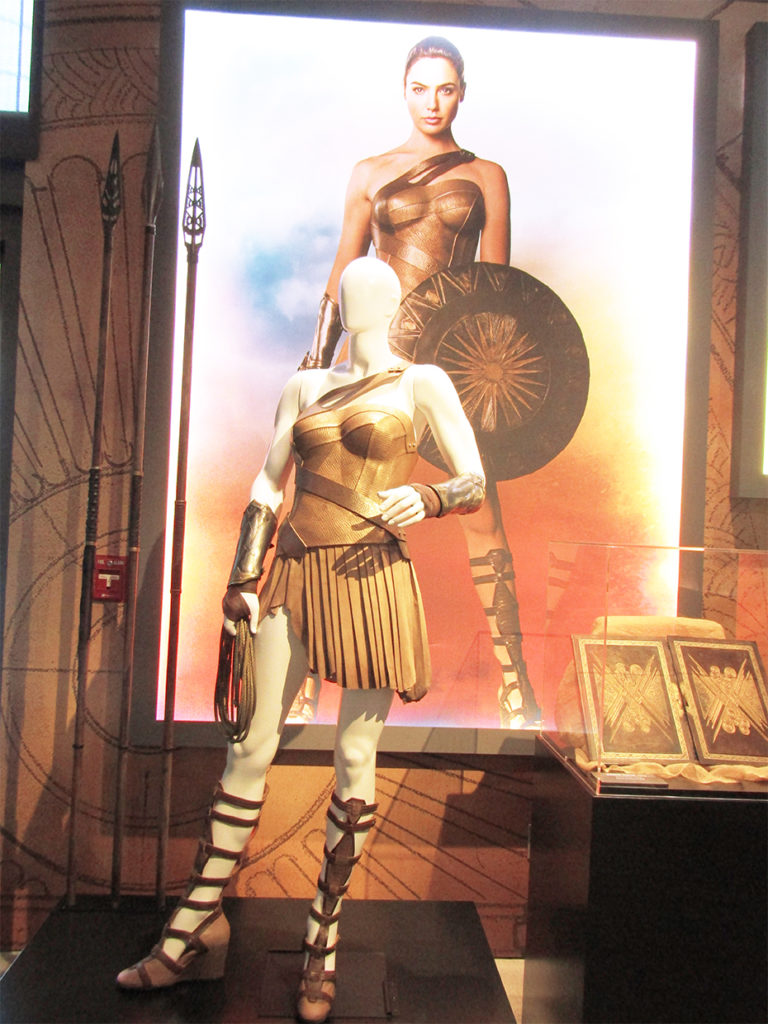 Featured nearby is Diana's disguise when she arrives in London. She's definitely an outsider when she first leaves her island, and the outfit she picks to blend in does precisely the opposite for her. We love that it reveals her mindset, and the spectacles are a nice nod to her future colleague Clark Kent, aka Superman. 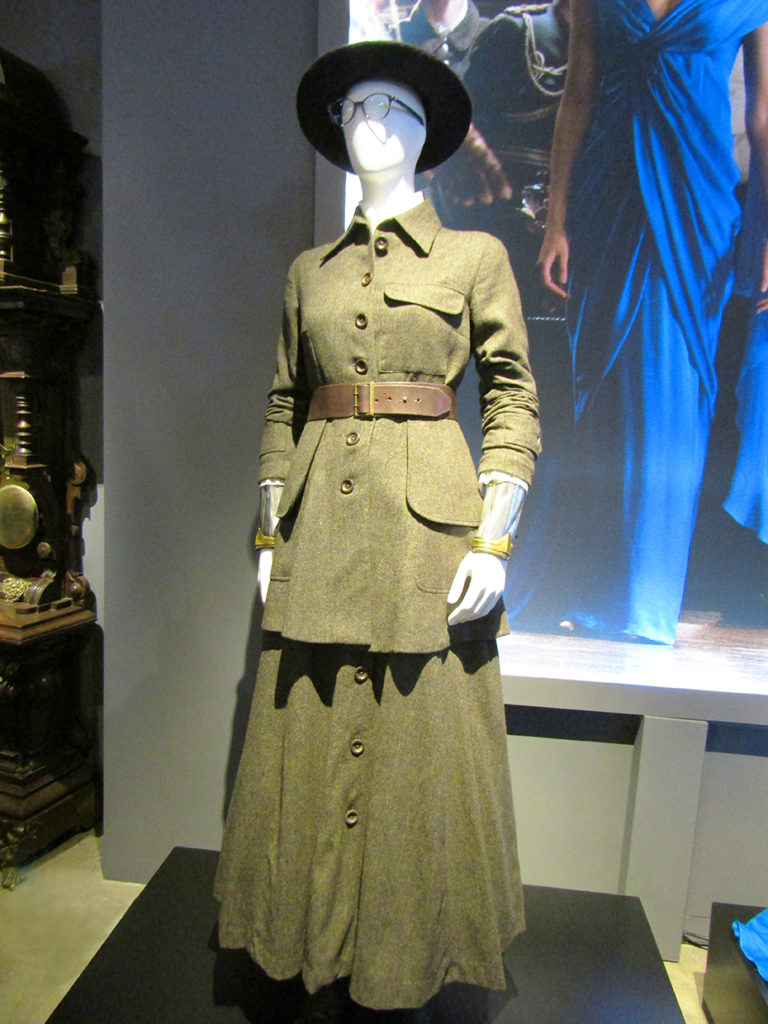 The exhibit also showcases Diana's stunning blue gown from the ball sequence. It's just as pretty in person as it was in the movie. 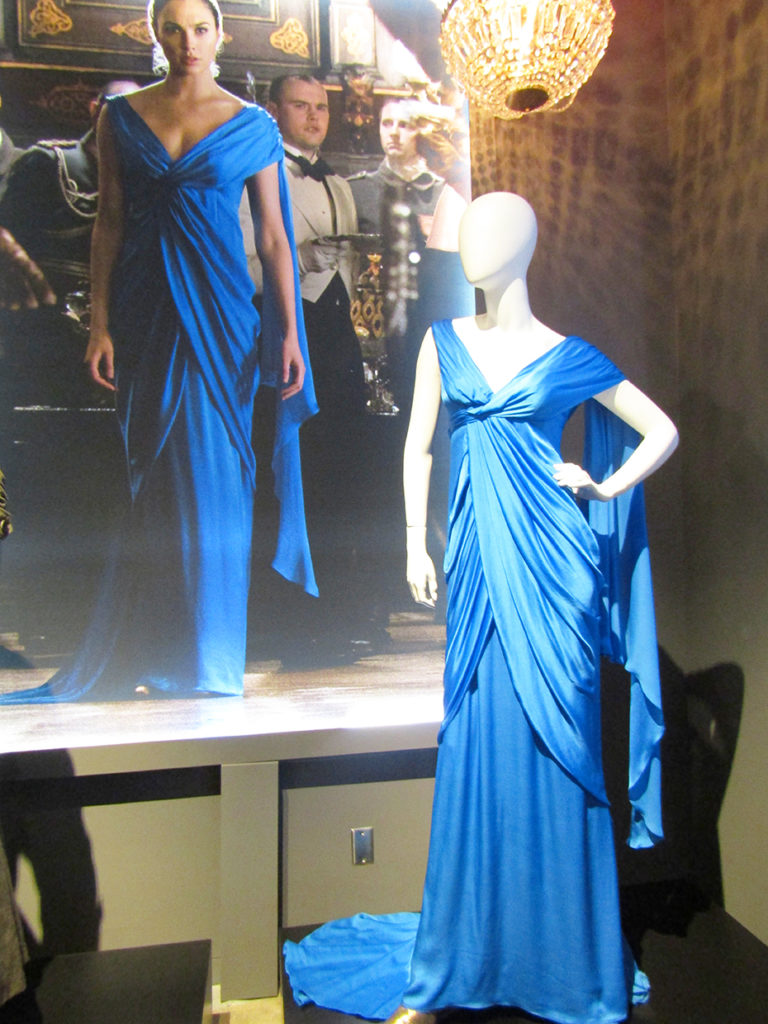 We're also massive fans of Wonder Woman's battle armor, which is featured in a few different places throughout the exhibit. Even on its own, it's sleek and impressive. Where can we buy a set? 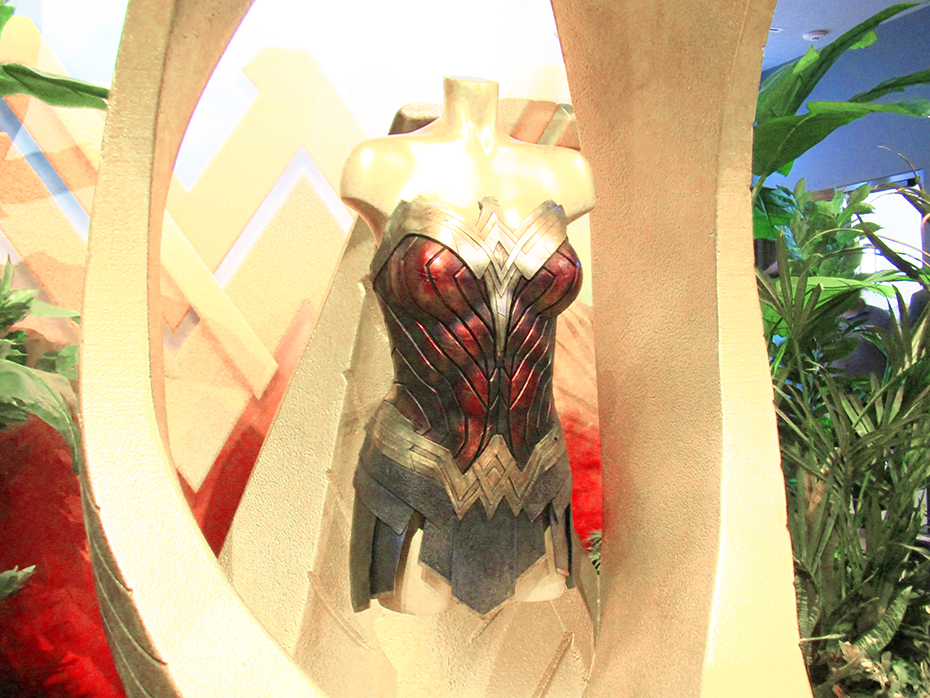 But the armor is even more stunning with the rest of Diana's outfit, complete with a massive fur coat, as well as her gauntlets, thigh-high boots and her signature tiara. It's one of our favorite movie costumes in recent memory. 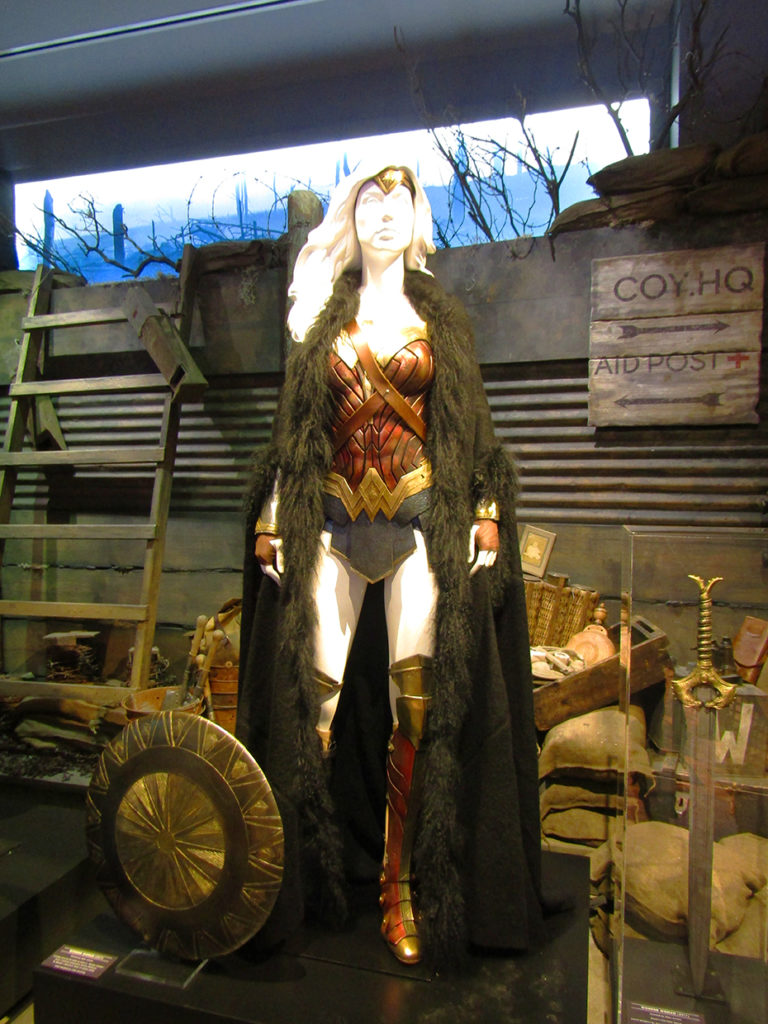 And if your love of Gal Gadot as Diana goes even further back than the Wonder Woman film, the tour also includes a statue featuring Wonder Woman's Batman v. Superman costume, designed by Michael Wilkinson. It's hard to look at her and not be inspired. 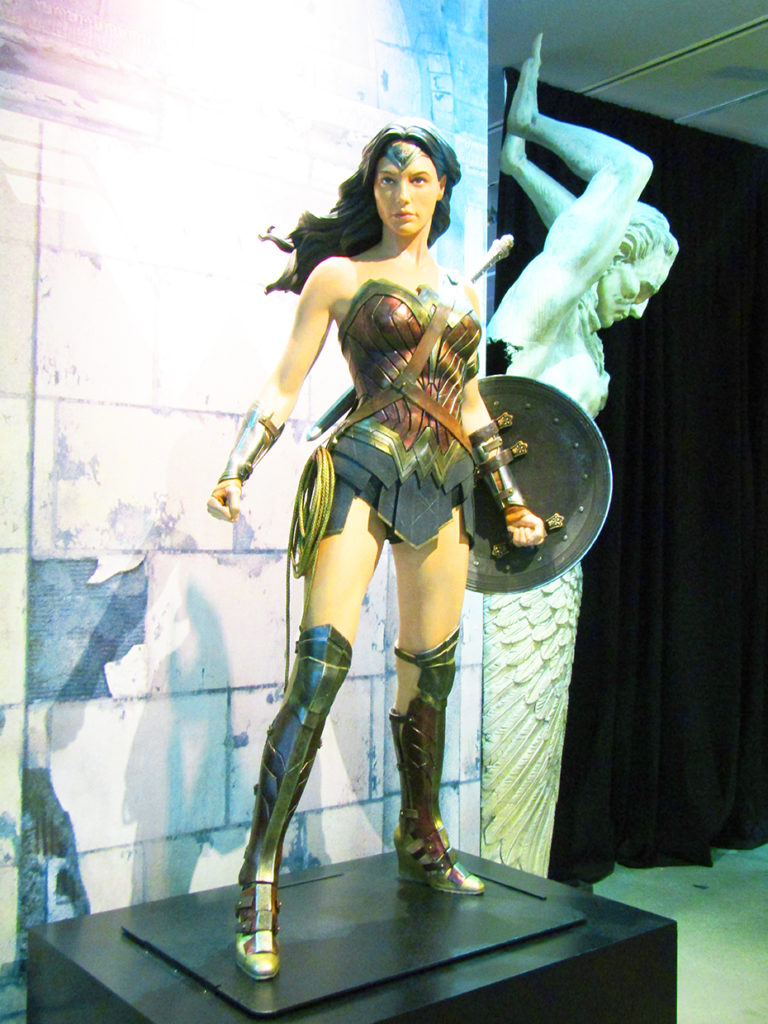 For more on Wonder Woman and its props, click HERE to find out how the movie has changed our perspective on tiaras.