When it comes to modern rock with an emotional punch, it's hard to beat X Ambassadors. From the plaintive vocals of their 2015 hit "Unsteady" to the hands-to-heaven gospel chorus of their new single "JOYFUL," X Ambassadors have a way of getting under your skin and into your heart.

We got a chance to chat with keyboardist, Casey Harris (who happens to be legally blind), as the band prepares to release their second full-length album.

Keep reading to learn all about what's to come from these guys! 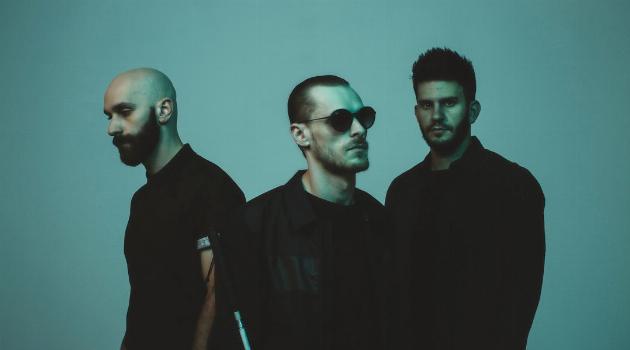 Sweety High: What does your song "JOYFUL" mean to you?

Casey Harris: That song is actually pretty personal for both me and my brother. We wrote it during a time when it felt like everything was just going wrong, both in the world and personally. I had just had a minor medical emergency earlier that year, so we had all these thoughts about life and death on the brain at the time. It's really a song about finding the beauty in life and the joy of living despite everything.

CH: I've always loved "Lived a life, full of vice, of passion and crime. Can't say I'm perfect, but I certainly try to be joyful." It really speaks to me about how you can make mistakes, you can do things you regret, but it doesn't mean you've lived a bad life.

SH: The music videos for "JOYFUL" and "Ahead of Myself" were recorded live. What was that process like?

CH: We've been a live band first and foremost for all of our career, and we wanted to somehow incorporate that into everything we do. Also, as a blind person, music videos are usually pretty boring to me, since they sound exactly like the record. We came to the realization that nobody really does live audio in their videos, so we thought it'd be a unique and interesting thing to try. I'm pretty proud of the results, particularly with "JOYFUL," as we had the whole band, a choir and a string section to record it.

SH: What can fans expect from your new album?

CH: We all agree that it's the best material we've written yet, and I can't wait to share it with everyone. Expect a lot of soul and a lot of very personal writing. Sam [Harris] has really gone deep in writing lyrics for these songs, and we've delved into a lot of our more hip-hop, R&B and soul music influences, while still keeping our rock roots.

SH: Are there any particular songs you're really excited for fans to hear?

CH: There are a couple songs I can't wait to hear reactions to, but I'll get yelled at if I spill the beans early. I'll just say there is at least one track that brings a tear to my eye every time I listen to it.

SH: Out of your entire discography, which song has been the most difficult for you to release?

CH: If I had to pick one, it'd probably be our song "Unconsolable" from our very first EP. We got it released pretty easily, but never managed to get any radio DJs or other music industry folks to get behind it. I still think it's one of our coolest most unique songs, but maybe it was just too different from everything else out there.

CH: Despite the various discomforts that come along with it, I love it so much. When you're writing a song, you're stuck in a room with the other guys bouncing ideas around, and after a while, you start to second guess yourself. When you play that song live for people though, you get immediate and honest feedback. If people clap and dance, it's probably pretty good, otherwise, maybe it should just quietly disappear.

SH: What can fans expect from your upcoming shows?

CH: We're really excited to be playing live again after so long off the road, so expect a lot of energy. We're also throwing a lot of our new songs in the mix, so expect to hear tracks you've never heard before. I can't give too much away, but we've got a whole new stage production. For anyone who's seen us before, it's an even bigger and more epic experience this time around.