The YA Series You Should Read, Based on Your Zodiac Sign

If you're anything like me, finding your next addictive series is quite the arduous process. 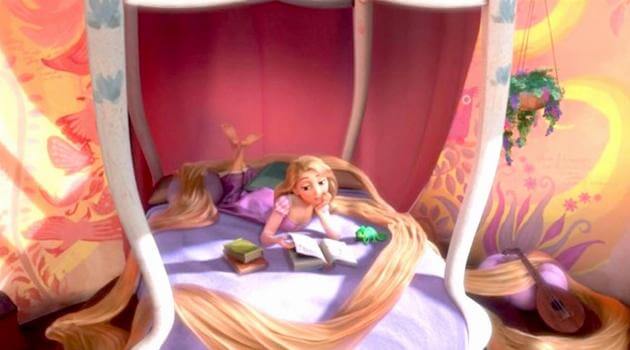 You want a series with plenty of fascinating books that'll keep you occupied for a while, but there's nothing worse than diving into the first title, only to realize you absolutely hate the story. Hence many wasted hours of reading online reviews and trying to determine if a series is actually worth investing in.

Thankfully the stars might be able to help. If you're looking to streamline your research process, keep scrolling for the YA series you should read, based on your zodiac sign.

You're known for your courageous and determined nature, Aries. Not only are you a highly energetic individual who's willing to face challenges head-on, you're also an ambitious and driven individual who genuinely enjoys filling all your days with activity. Filled with heart-pounding adventures, the Codex Alera series is perfect for you.

Built around the fantasy world of Alera, these books focus on Tavi, a young boy who doesn't quite fit in with the rest of the world. He's lacking furies—bonded elementals of earth, air, fire, water, wood and metal—that everyone else seems to possess. However, when a savage enemy returns to Tavi's home, he has to find a way to use his lack of powers to his advantage. There are six incredible books in this series, each more thrilling than the next. You're bound to connect with Tavi's stubborn resolve and brave personality, but it's the complex and well-developed storyline that will truly speak to your energetic nature. 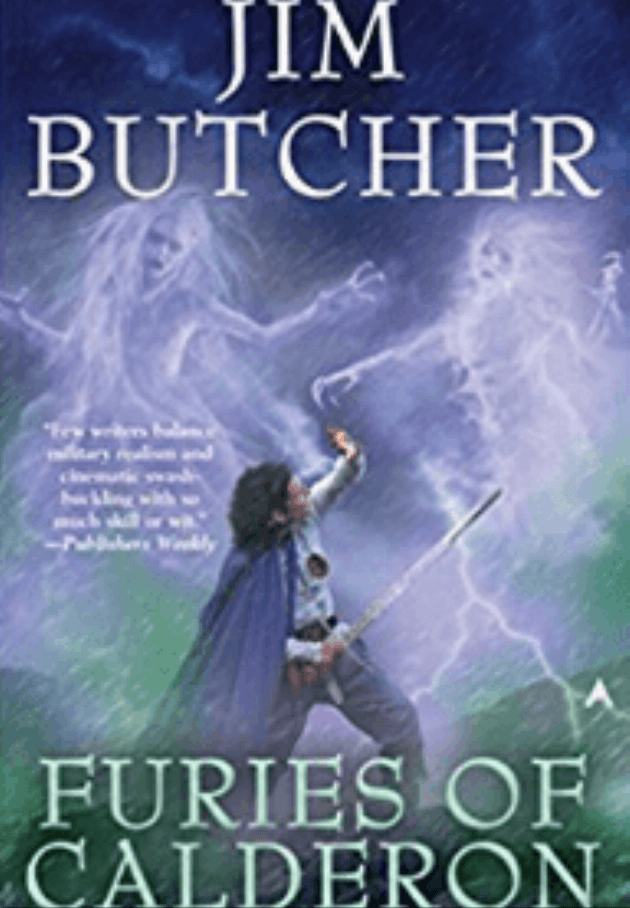 Although you have stable, reliable and well-grounded sides, Taurus, you also have a deep appreciation for material things. Your Earth element ties you to the physical world, giving you an inherent desire to be surrounded by love and beauty. However, you still maintain your practicality, and you definitely see the value in hard work and realism.

No book can speak to your complicated view of the world quite like the Red Queen series. In a world divided by blood, there are only two camps to fit into—red or silver. But for Mare Barrow, a member of the commoner class of Reds, the lines get a little blurry when she finds herself working in the Silver Palace. Rather than embracing her new life, however, Mare works to break down the Silver regime from the inside. She just has to keep her heart from getting in the way. This four-book series contains plenty of thrilling content that will speak to your practical and protective side, while still providing enough glitz and glam to give your Earth element something to work with. 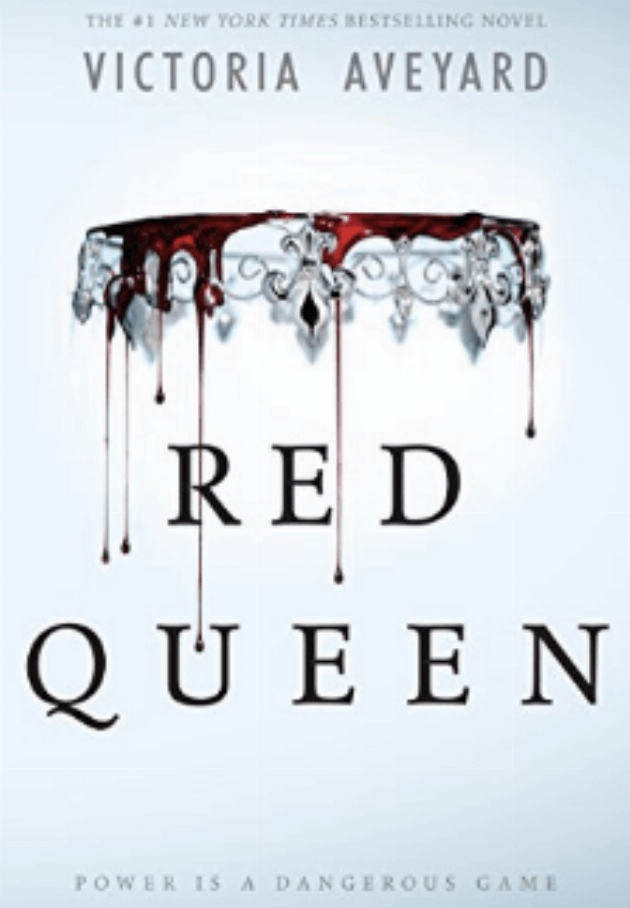 You're known for your dual-sided personality, Gemini. On one hand you're sociable, communicative and fun-loving, and on the other, you're irritable, restless and somber. You need a story that embraces these confusing juxtapositions, making The Hush, Hush Saga the perfect series for you.

Set in a world of war between the immortal and those who have fallen, Nora Grey isn't sure who she can trust. She's naturally drawn to the easygoing and attractive Patch, but there's something hidden behind his easy smile that has her wondering if she can ignore her attraction and run far away. Just like there are two sides to your personality, Gemini, there are two sides to every story, and Nora is about to learn that choosing the wrong one could have disastrous consequences. 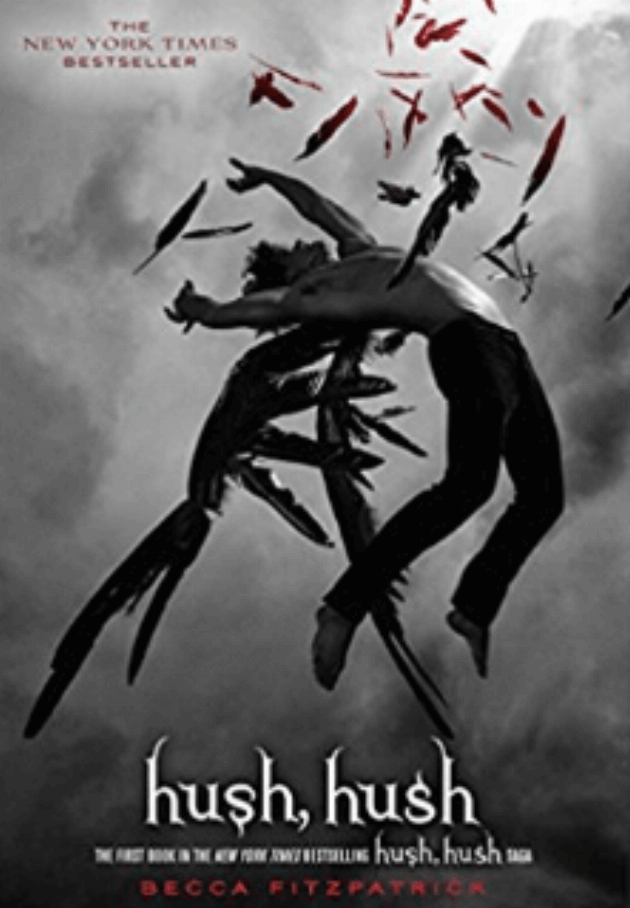 You're a very emotional, sympathetic and sensitive sign, Cancer. Human attachments are of utmost importance to you, especially when it comes to your family and friends. The To All the Boys I've Loved Before books are the perfect series for you to embrace your feelings-driven nature.

Not only does this series show the beautiful romance between Lara Jean and Peter Kavinsky that we can't help but love, it's also very focused on Lara Jean's relationship with her family and her general feelings about her home life. It's sweet, imaginative and emotional—everything you need to truly get attached to something. 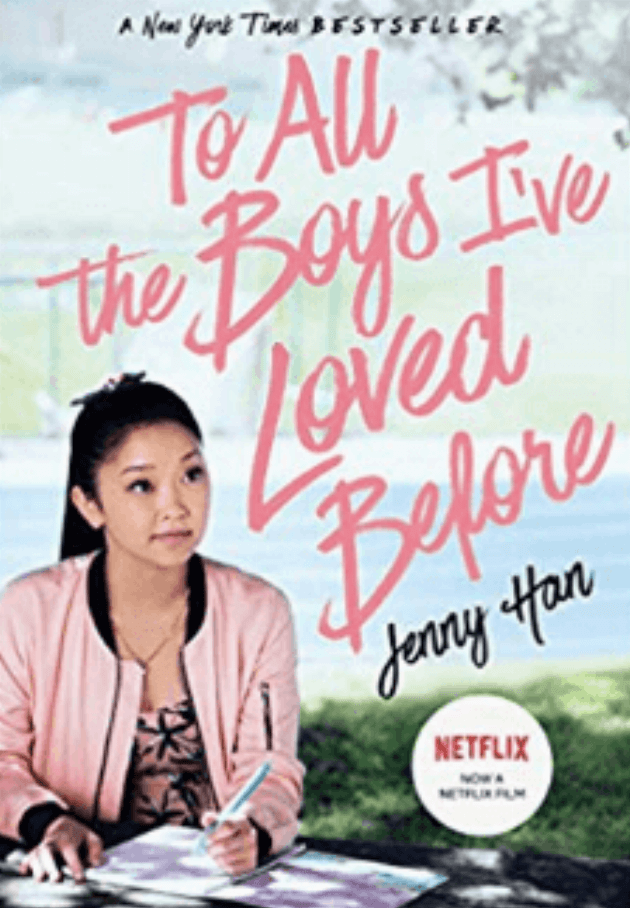 Drama, drama, drama—it's what you thrive on, Leo. You have a creative soul and passionate nature, and you can't help but caught up in a showy, sensational storyline. If you're going to spend your free time reading, you need a book that has it all: romance, adventure, danger and mystery. Well, The Mortal Instruments series definitely delivers.

When 15-year-old Clary Fray witnesses a murder during a night out in New York City, it becomes clear that her life is going to change forever. Not only can no one else see the killers, called Shadowhunters, but the body itself vanishes into thin air. Twenty-four hours later, Clary's mother has disappeared and she's on the run from vengeful demons. But why are they focused on Clary in the first place? Your problem-solving brain will love unwinding this complex story, Leo, making this series the perfect way to occupy your free time. 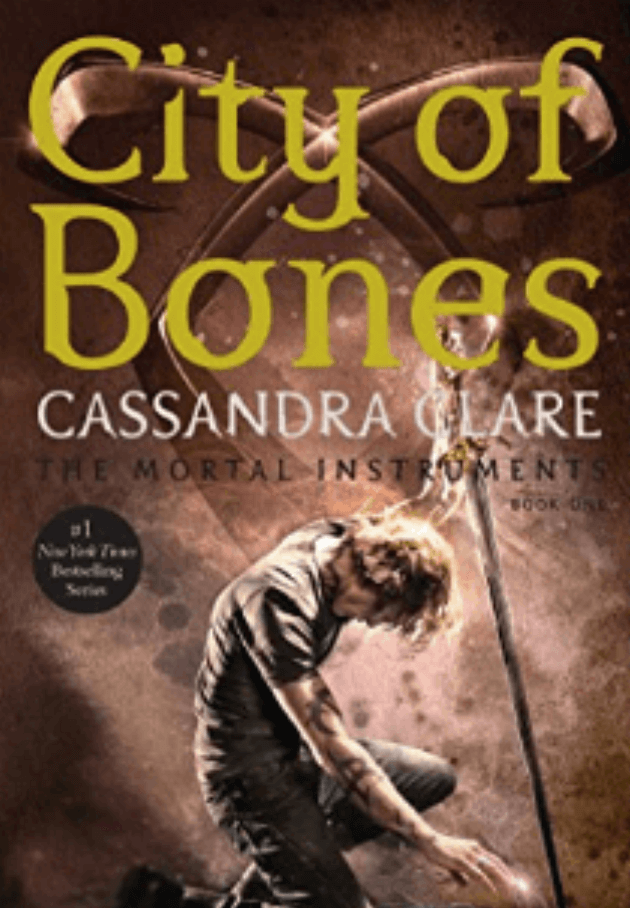 You're known for your strict attention to detail, Virgo, and that's something you're going to need if you dive into the complicated world of the Mistborn series. In a riveting dystopian world, this saga asks one simple question: What if the hero of the prophecy fails? Though this book has enough action and intrigue to last a lifetime, it's the high-stakes story that focuses on the abilities of a few hardworking individuals that will really speak to your practical and detailed-oriented mind. It's the precise story you need to get out of your own head, while still allowing you to indulge your organized and methodical approach to the world. 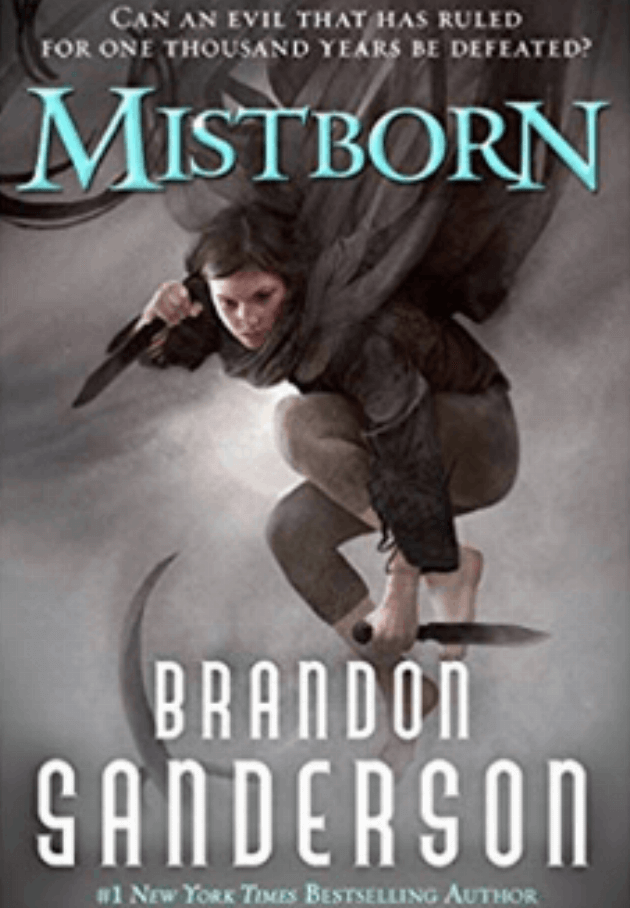 As a sign focused on justice and partnership, you're especially intrigued by this dystopian stories, Libra. Your main focus is peace, so you're always interested in learning what might happen if human beings can't get along. And the Divergent series definitely presents a particularly bleak future. In a world that separates people into five factions, each focusing on cultivating one particular attribute, the elaborate system seems to work to maintain harmony among all those involved. However, the faction system is darker than it seems, as separating people into distinct categories isn't the best way to foster cooperation. These exciting novels capture the essence of what it is to be human, providing plenty of intrigue for your fair-minded and people-centric brain. 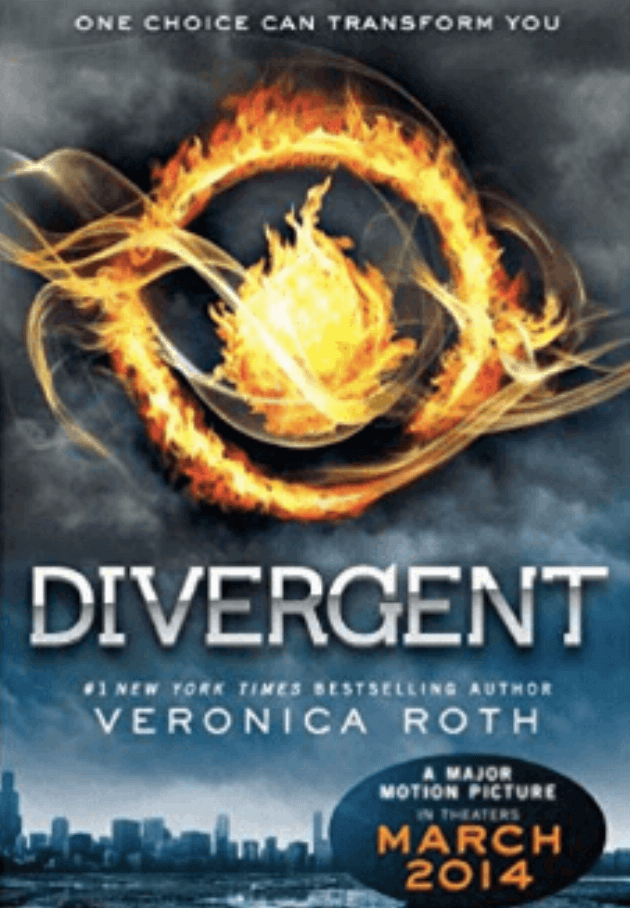 You're a highly confusing sign, Scorpio. Although you're very emotional at your core, you're not known for being the most gentle or compassionate of zodiac signs. You have a complicated and difficult-to-read view on the world, so if anyone can understand the tough decisions Katniss has to make in The Hunger Games, it's you.

These stories are morally confusing and complicated, but that's exactly what makes them so great. In a world as shockingly dystopian as Panem, there's no one right decision. Not only will you relate to Katniss' resourcefulness and bravery, you'll also be able to understand her more difficult and upsetting decisions. With a mind as complicated as yours, Scorpio, this book series is the perfect thing to keep all your restless thoughts occupied. 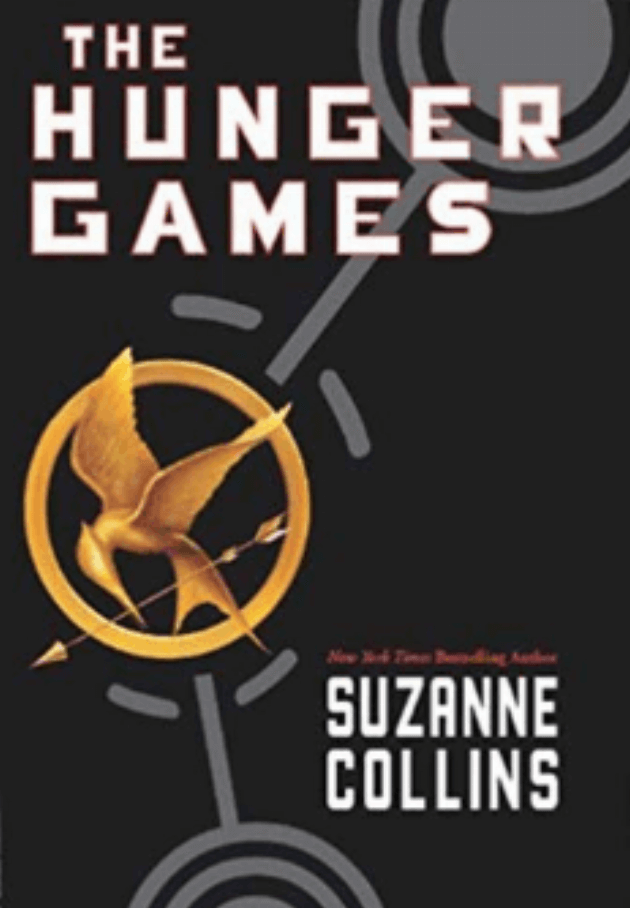 With your naturally curious and energetic personality, Sagittarius, you're drawn to a life of action and adventure. You're known for your love of travel and your open-minded view of the world around you. Although set in a world of fantasy, The Kingkiller Chronicle series creates an intriguing society of different cultures and philosophies that your thoughtful and idealistic brain is sure to love.

The two books in this series revolve around Kvothe, a notorious magician and reputable hero who tells the thrilling tale of his life in first person. From his childhood years of poverty, to his experiences as a thief in a crime-ridden city, to his eventual admittance to one of the most prestigious schools of magic, this story barely gives you time to catch your breath. If you can't find the time to travel yourself, Sag, this story is guaranteed to satiate your adventurous spirit, at least for a little while. 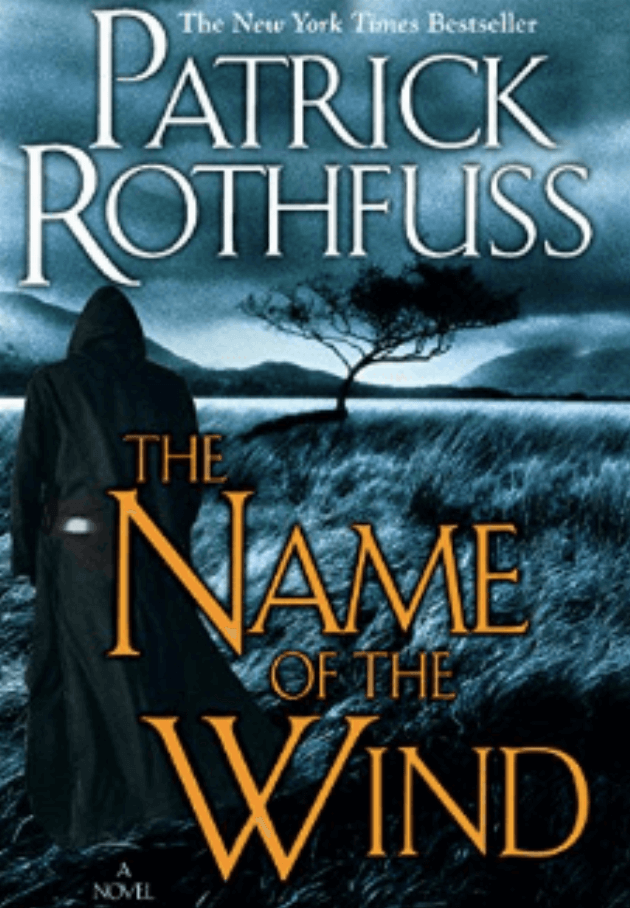 You're a hardworking, practical and responsible sign, Capricorn. If you're going to spend your precious free time reading, you don't want to waste it on fantasy worlds that have no hope of existing in real life. Your realistic nature demands a series that has at least a tiny element of authenticity, making The Ivy the perfect series for you.

This five-book series follows Callie Andrews through all the ups and downs of her school years at Harvard, including her romantic endeavors and her struggles to fit into the elite environment. Not only is it the perfect way to dream about big goals of your own, it also speaks to your practical and traditional nature, making it the perfect series for you. 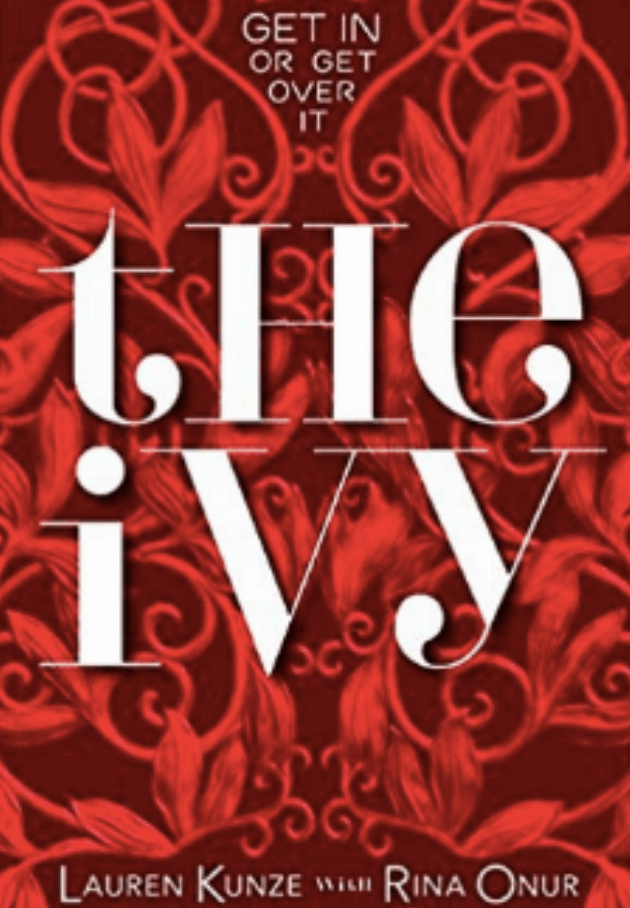 You're known for your ability to see all sides of a problem, Aquarius. You have a deeply humanitarian and progressive nature that gives you a special ability to adapt to the energy around you, no matter how different that energy might be. With that kind of multi-sided view of the world, you're sure to love the A Court of Thorns and Roses series.

Set in the world of fantasy, this series follows 19-year-old huntress Feyre, who's dragged to a dangerous magical land by a lethal faerie named Tamlin, as punishment for killing a wolf in the woods. Although Feyre has heard terrible stories about the world she's now living in, she can't escape the fact that her feelings for Tamlin are less-than-icy, especially as she learns more about him. Not only is an exciting, action-packed series, it's also the perfect story to speak to your non-prejudicial nature. 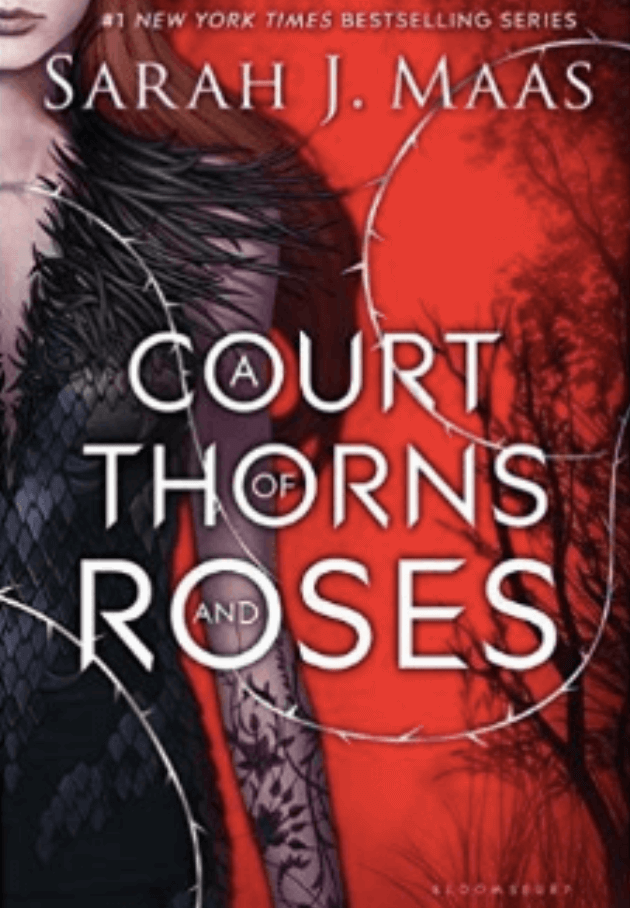 You're a hopeless romantic who lives with your head in the clouds, Pisces. You often dream up scenarios that have no possibility of existing in the real world, but The Selection series can bring your grand ideas just a little closer to reality. The world of these exciting books is filled with swoon-worthy characters, luxurious settings and fairytale romance—perfect for your imaginative brain.

The story follows America Singer, who has been chosen to participate in the Selection, a once in a lifetime opportunity to compete against 35 girls for the love of Prince Maxon. But America has no desire to participate in the competition, as her heart already belongs to another. No desire, that is, until she actually meets the Prince. It's a thrilling tale that's the perfect way to appeal to your romantic and dreamy-eyed nature. Plus, the five books in the series are guaranteed to keep you occupied for quite a while. 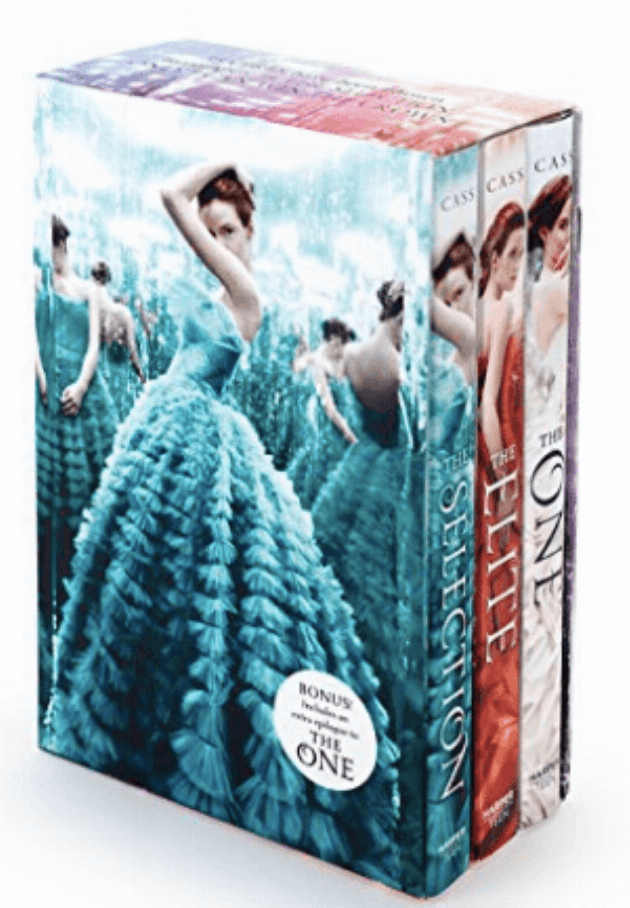 Even though we love reading our favorite stories, we also like watching them play out on the big screen. Click HERE for nine book adaptations we can't wait to see in 2019.