Yash Gupta Gives The Gift Of Vision With Sight Learning!

Yash Gupta is the 18-year-old founder of Sight Learning, a non-profit that aims to help kids around the world perform better in school by providing them with eyeglasses and exams. He's also one of this year's HALO Award honorees! 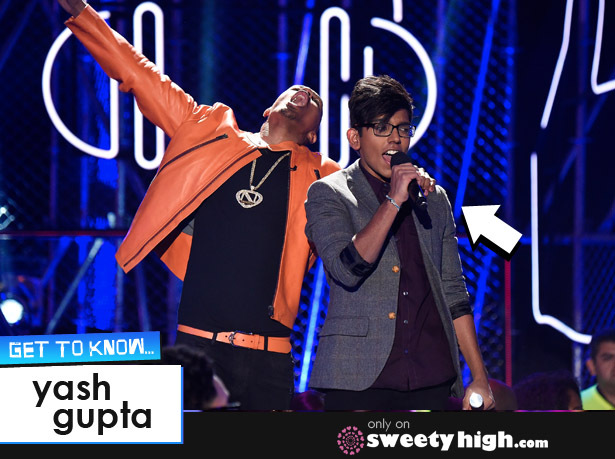 Yash Gupta started wearing glasses when he was just 5 years old. When he was a freshman in high school, he broke his glasses sparring in Taekwondo.

"When you wear glasses for such a long time, you start taking them for granted," he said. "They become an afterthought."

For the first time,Yash had to go to a school for a week without his glasses.

"It was at that age I was able to realize their importance for my education," he said. "I couldn't see the whiteboard, I was easily distracted and I couldn't learn. I really realized the importance glasses had on my education."

Yash said he's been incredibly lucky to live in the United States.

"My parents worked really hard to make sure that I have everything, and having a high quality of living, sometimes you're sheltered or blinded to problems around the world," he said.

Yash had considered that some students might suffer academically because they lack glasses, but until he experienced it personally, he didn't understand the severity of the issue.

His research led him to discover that there are 13 million children around the world who need glasses but cannot afford them.

"I was completely shocked," he said. "This isn't something we hear much about. We hear about healthcare and education, but not glasses. It definitely stuck out to me as a big issue and inspired me to want to do something to change that."

There's a simple solution to the issue. More than 3 million pairs of used eyeglasses are discarded every year in North America alone.

"If you just do simple math, we can definitely make a dent in the problem within 5 years," he said.

If all of these pairs could be collected and donated to people in need, it would quickly fix the problem. At the moment, this simply can't be done, but Yash is working toward collecting and distributing as many pairs of used glasses as possible.

The result was Yash's non-profit organization Sight Learning, which aims to bring sight to students around the world, providing them with better opportunities at education.

To start, Yash went to local optometrists in his area, creating fliers and donation boxes and sharing his cause, explaining why it's such a big problem and how much their involvement could help.

"When patients come to get a new pair of glasses, they can drop off their old pairs to help someone else in need," he explained.

Next, he designed a website and worked on getting the word out by talking to people and contacting volunteer groups. From there, Sight Learning grew and grew.

To date, the organization has collected and distributed more than 21,000 pairs of glasses!

"The expansion has been phenomenal," he said. "I started it as a local project and I wanted to see how many people I could help individually, but as it grew it's moved so far beyond that."

Today, Sight Learning has chapters around the world in four different countries, and in 14 different states across the U.S.

"We're getting a lot of youth involved throughout the world, which I'm really proud about because it's really important for young people to start making a difference as early as they can," he said. "Youth can really have a tremendous impact. It's all about  cultivating all of that positive energy toward something good."

To learn more about Yash and his cause, check out Sight Learning online here! You can donate your own used pairs of glasses to:

Don't miss Yash and the other HALO Award honorees on November 30 on Nickelodeon! You can also join our community at SweetyHigh.com to tell us about the causes that mean the most to you!