13-year-old artist YNW Bslime is one of the most promising young stars in the rap industry today.

His recent track "OTW" was an instant hit, and even with multiple music videos breaking the million view mark, we believe he's only getting started. It's just the latest of a number of tracks off the upcoming album Slime Fever, which we do not plan to miss.

Curious about YNW Bslime? Keep reading to find out about all of the things that make the star truly unique, in Bslime's own words. 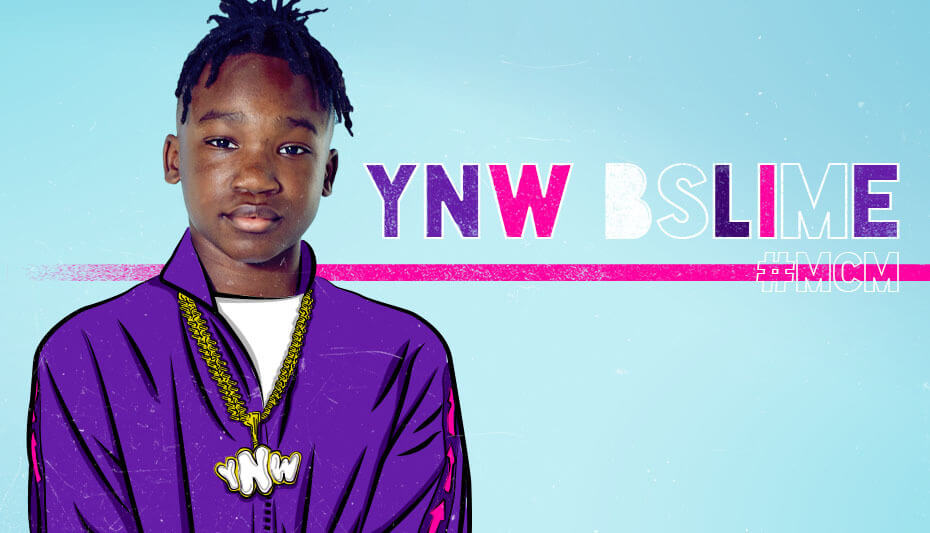 1. YNW Bslime says a film called Murder in My Mind has had a bigger impact on his life than any other movie.

2. He has pet Yorkies named Diamond and Princess.

3. Christmas is his favorite day of the year.

4. His favorite thing about himself is his singing ability.

5. He just can't stop going to TikTok on his phone.

6. His phobias include spiders and getting trapped underwater and drowning, and we can definitely relate.

7. He's closer to his big brother Jamell, better known as YNW Melly, than anyone else.

"He was always there and taught me about life—others didn't."

8. He says he's very confident, and that his Aries zodiac sign describes him "really well."

9. His favorite scent in the world is his momma's cooking.

"It makes me feel good."

10. The last song he had stuck in his head was a yet-unreleased track of his. We can't wait to hear it!

11. In the future, he'd love to collab with older brother YNW Melly, as well as Drake.

12. He says his outgoing, funny personality is core to understanding him.

"You never know what I'm going to do."

Love discovering great new tracks? Click HERE to check out all of our favorite new music releases of last week.